5 Key Steps To Mobilizing Thousands Around Your Cause, Movement, or Startup

Creating any kind of change requires rallying people to your cause. This post is about how to make that happen.

The author of this post, Teju Ravilochan, is the CEO of the Unreasonable Institute.

Among the greatest challenge that we face as a human species is how to come together, united by a common purpose, and then work together to achieve that purpose. It is the singular challenge that I struggle with on a daily basis as CEO of Unreasonable Institute.

While it’s a nut I’m far from cracking, I’ve written this blog post as a reflection on practices that I’ve observed have repeated success in galvanizing people to action.

1. Clearly Define What The World Looks Like If You Succeed.

I’m thrilled to witness there’s an Occupy Movement that’s aware of the social issues of today and that is courageous enough to take a stand against them (even if that means getting pepper sprayed). In my view, however, the Occupy Movement has slowed down because, while it’s identified a problematic gap between the wealthy 1% and the other 99%, it hasn’t defined what it’s after. What would the world look like if Occupy succeeded?

One of the reasons that Martin Luther King was able to embolden so many people to willingly confront deeply entrenched racism is how clearly he defined the world that could be. He famously declared: “I have a dream that one day this nation will rise up and live out the true meaning of its creed that all men were created equal […] I have a dream that one day, my four little children will live in a nation where they will not be judged by the color of their skin but by the content of their character. […] I have a dream that one day […] little black boys and black girls will be able to join hands with little white boys and little white girls as sisters and brothers.” He painted such concrete images that people knew exactly what they were working toward, even when he was no longer around to offer direction to the movement.

2. Talk To One Person, Then Talk To Another.

Defining success, however, is not enough. People aren’t going to summon the courage to take action without trust in the people behind the movement.

In other words, when you’re just starting a movement, all you’ve got is yourself. And for your first followers to trust in your movement, they’ll need to trust you. You can’t build that trust without sitting down with people one at a time.

We took this message to heart at the Unreasonable Institute. People often ask us how we built over 180 partnerships or found the mentors we did (who include folks like John Elstrott, Chairman of Whole Foods; Lisa Waits, head of business development at Nokia; Neal Baer, former Executive Producer of Law & Order: SVU and ER). The answer is simple: for our first 15 months in operation, we focused on only one thing: hundreds of one-on-one conversations each month with anyone who would talk with us (using principles my teammate and friend Daniel Epstein outlines in this blog post). And we asked each of those people we sat down with to introduce us to five more people.

Bottom line: Be prepared for one-on-one conversations becoming your full-time job for a while.

3. Welcome Your First Followers As Equals.

After articulating where you’re going and sharing that message in one-on-one conversations, you’ll begin to see a few souls brave enough to join you. How you engage these first followers is imperative to your movement growing. And the talk below by Derek Sivers called “How to start a movement” explains exactly how.

Derek explains that “a leader has to have the guts to stand out and look ridiculous” to start something. And indeed, the leader does look ridiculous until someone else shows up. “The first follower turns a lone nut into a leader.”

Derek’s take home message is that “leadership is overglorified.” For a movement to take off, it has to be clear that the leader embraces followers as equals. That means that the movement’s visibility must include the followers, and not just feature the leader.

What this communicates is that the movement does not simply belong to the leader. It belongs to all who join the movement.

4. Target The Hubs & Give Them Tools To Spread Your Message.

In preparation for the Unreasonable Institute pilot that Daniel ran in the summer of the 2008, he cold-emailed over 3,000 potential applicants. Only one got back to him.

We didn’t have a track record back then, and hence, no trust from people who were hearing our message. That’s why it’s imperative to start your mobilization by thinking about who the people you are trying to reach trust already. They may be people or organizations, but your target population trusts them. If you can get them to help you spread your message, you’ll get a much warmer reception than we got.

For Unreasonable Institute, these hubs are our pipeline partners, who represent networks of hundreds of thousands of entrepreneurs across the world. They’re organizations like Echoing Green, TED Fellows, Ashoka Changemakers, university business plan competitions and business schools. We ask them to let the entrepreneurs in their networks know about the chance to apply to the Unreasonable Institute and in exchange do the same for their programs.

In an effort to make it as easy on them as possible, we send them a set of Marketing Materials that they can copy and paste into emails, tweets, facebook posts, and blog posts. It’s all thanks to these partners sharing these marketing materials that we’ve received over 1,000 applicants from entrepreneurs in over 80 countries around the world in the past 3 years.

5. Elevate People By Doing Something Unbelievable.

In his first effort to mobilize India to challenge the British in 1930, Mahatma Gandhi led the legendary Salt March. At the time, a British law made it a criminal offense for anyone but the British to manufacture salt in India, allowing them to impose egregious taxes on it. In protest of the law, Gandhi walked for 23 days from his ashram in Ahmedabad to the coast 240 miles away. There, he picked up a lump of muddy water and declared, “With this, I am shaking the foundations of the British Empire.” He boiled the water to produce illegal salt, causing the British to arrest him and the 80,000 marchers who had joined him for a short time.

The act sparked mass acts of civil disobedience by millions across India, was documented in press world-wide, including two front-page stories in the New York Times, and earned Gandhi the distinction of Time’s Person of the Year.

Daniel Epstein took a similar voyage to launch Unreasonable Adventures in the summer of 2009. He and his partners Will Butler and Elliott Bates rode their bikes from Canada to Mexico, visiting prospective partners along the way.

The main goal of such, dare I say, unreasonable actions, is not to be written up in the media. That visibility is necessary, but even more important is that the conviction required for such an “impossible” act inspires people to believe in themselves. It makes people think they are capable of more than they believed before. And that conviction provides them the courage to become a part of something larger than themselves, even when it’s difficult.

Think of something “unbelievable” you could do to start your movement. Share the story here and we can even connect you with some press contacts! 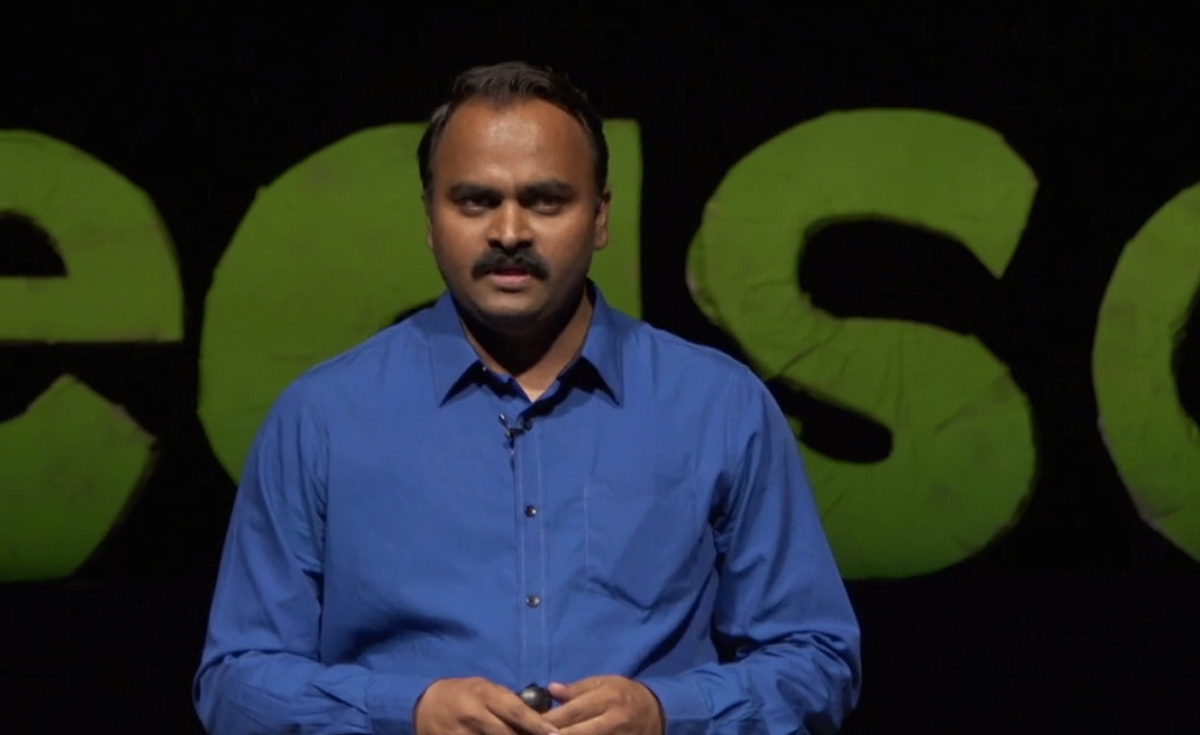