September was a busy time in New York City. Global heads of state convened at the 70th session of the United Nations General Assembly, where they adopted the post-2015 development agenda. The Global Citizen Festival in Central Park featured artists like Ed Sheeran, Coldplay and Beyoncé. The two-day Social Good Summit convened global leaders to discuss the intersection of technology, new media and social good. Pope Francis was in town.

The Hult Prize is the world’s largest university student competition for creating businesses that tackle complex social problems faced by billions of people. Tweet This Quote

But despite all of the competing activities, on the night of September 26, hundreds of people stood in line in the crowded lobby of a Midtown Manhattan hotel waiting to watch the 8-minute pitches of the six remaining teams competing for the $1 million Hult Prize.

Founded in 2009 in partnership with the Clinton Global Initiative and Hult International Business School, the Hult Prize is the world’s largest university student competition for creating businesses that tackle complex social problems faced by billions of people.

Last September, Bill Clinton announced the competition challenge for 2015: How can we provide quality education to ten million children under six years old in urban slums by 2020?

What you come up with in a room is almost certainly not going to be what works in reality. Tweet This Quote

After five regional competitions, one online elimination round, a summer accelerator program, and thousands of hours tweaking their business models, the teams had one last chance to present to the panel of judges, including Nobel Laureate Muhammad Yunus and self-started telecom billionaire Mo Ibrahim.

The contending ideas included combined laundry and library centers; an app that delivers recorded lessons to dumb phones; and customizable talking stickers with QR codes that tell stories when scanned.

After the pitches concluded and the judges deliberated, Clinton announced IMPCT as the winner. Co-founders Andres Escobar, Juan Diego Prudot, An-Nung Chen and Taylor Scobbie embraced and took the stage. 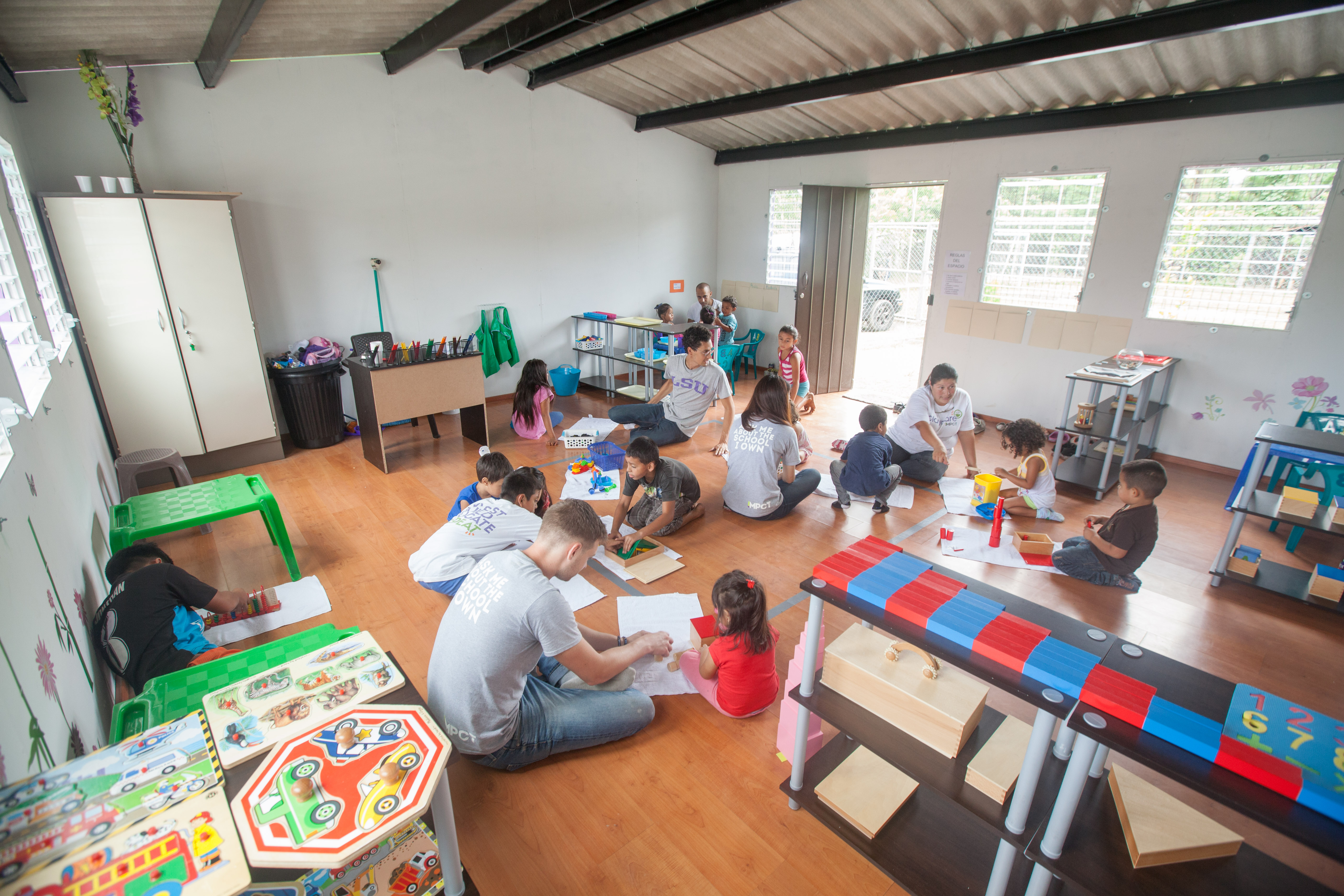 Inside of the playcare in La Cuchilla, El Salvador

IMPCT developed the ‘playcare,’ a small play-based child care franchise owned and operated by a local entrepreneur who is trained to deliver a Montessori curriculum. Through their online platform, IMPCT connects socially conscious investors with these community entrepreneurs to build playcares. Thus, each playcare is co-owned by IMPCT, the entrepreneurs, and investors. Investors receive 50% of the profits until it’s paid back, and IMPCT and the entrepreneur share the remainder.

“The winning team, IMPCT, connected many different opportunities together—unique financing, physical space and design, and improved educational content, in a way that not only improved outcomes for children, but also yielded more income for caregivers,” said judge Chuck Kane, chairman of the One Laptop Per Child Foundation. “That really wowed us.”

Social enterprise is not a zero-sum game because if our competitors succeed, everyone wins. Tweet This Quote

But co-founder Taylor Scobbie explained that it wasn’t an easy ride for IMPCT. They came in second in the regional competition in Dubai because they lacked traction. When the online round was announced, they signed up and launched a crowdfunding campaign. After long days and hundreds of emails, they surpassed their fundraising target by 227% and won the sixth spot in the Hult Prize competition.

“There have been 15-20 versions of the idea,” said Scobbie. “It still changes every couple of weeks. What you come up with in a room is almost certainly not going to be what works in reality.”

After spending eight months fleshing out their idea in a room at National Chengchi University in Taipei and after participating in the summer accelerator program in Boston, the team went to El Salvador to learn how to build their playcare. They partnered with TECHO, an NGO that specializes in housing in Latin America, and the Hilda Rothschild Foundation to learn more about Montessori education. Within two weeks, their prototype was up and running. 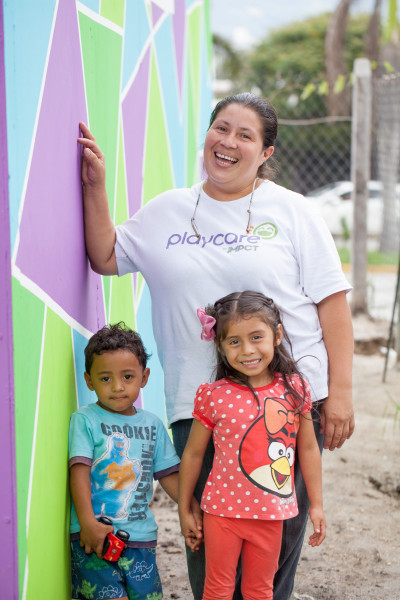 “There’s really nobody that’s looking at the people in these urban slums as entrepreneurs and setting them up with the same set of resources we would get to start a business,” said Scobbie. “We tossed that idea out and decided to treat them like anyone else would be treated. We give them real investors, real franchises, and the best training. IMPCT creates a society that has more equal institutions.”

In the month after winning the $1 million, IMPCT has been doing a lot of legal legwork to build their organization.

A lot of our introductions to investors and VCs were from people who liked us because we looked like we were having fun. Tweet This Quote

IMPCT will use its funds for an office space in Taipei, hiring staff, and building another 5-10 playcares in the next year. But, they also allocated part of the sum in a partnership with one of the other ventures—Libromat.

The two teams got close during the accelerator program. A month before the finals, IMPCT met with the Libromat team and wrote up an agreement: if Libromat won, they would give a portion of the prize to IMPCT to start up. If IMPCT won, they would do the same for Libromat.

“At the end of the day, we believe in their business and want that to succeed as well,” said Scobbie. “This process showed us that we’re not really competitors because if they succeed, everyone wins. It’s not a zero-sum game like in other industries. If we’re all in the early childhood education business, every success our competitors have is people getting education that otherwise wouldn’t have before.”

IMPCT creates a society that has more equal institutions. Tweet This Quote

In the excitement immediately following Clinton’s announcement that Saturday night, IMPCT realized another surprising thing that set them apart from the other competitors.

“After we did our pitch, people kept coming up to us and saying we were the crowd favorite because we went up there and looked like we had fun,” said Scobbie. “A lot of our introductions to investors and VCs were from people who liked us precisely because we looked like we were having fun.”