Why the Next Steve Jobs Will Come from Africa

This is the first post of a 14-part series on entrepreneurship in Africa and the companies who participated in the inaugural Unreasonable East Africa program.

I was fortunate enough to spend part of July in Uganda with the team behind Unreasonable East Africa. In addition to being both humbling and inspiring, my experiences there convinced me that Uganda is just a part of an incredible transformation sweeping the whole of Africa. On my flight back home, I wrote “Africa is THE future” in my journal and underlined it a half-dozen times. 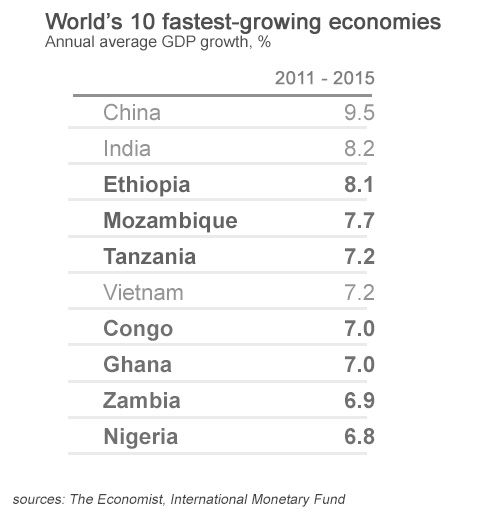 Seven of the world’s 10 fastest-growing economies are in Africa.

Africa is at a techno-cultural turning point that will prove to be as pivotal there as the Industrial Revolution was for Europe. Already, seven of the world’s 10 fastest growing GDPs are in Africa, where leapfrog technologies like cell phones being adopted at staggering rates. Add in some of the youngest populations in the world—millions upon millions of newly wired millennials with no shortage of problems to solve—and it becomes clear that, yes, Africa is the future.

The change is already well underway. In 2012, GDP growth in Sub-Saharan Africa ranged 6.8 percent in Tanzania to over 10 percent in Angola and Sierra Leone. That same year, global growth was 2.3 percent and only slightly better in the U.S. at 2.8 percent, according to the International Monetary Fund. The total international trade in sub-Saharan Africa hit $735 billion, more than a fourfold increase since 2000 when it was just $169 billion (see graph). 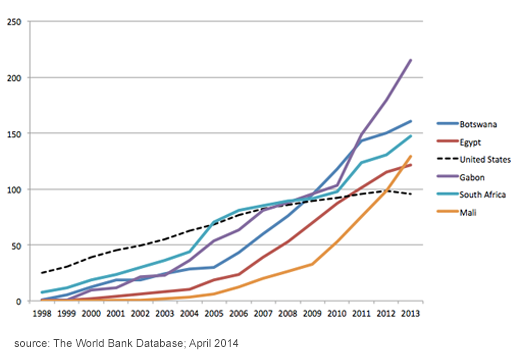 These numbers seem almost impossible until you actually visit Africa and see what’s happening on the ground. Take M-Pesa, a system of mobile payments launched in Kenya in 2007, as an example. The company has since become that country’s dominant form of payment. It processes 80 transactions a second, with a total value that accounts for 31 percent of Kenyan GDP. That’s a seven-year-old company handling nearly a third of all the money in an entire country. In terms of large-scale entrepreneurial disruption, Africa is just beginning to scratch the surface.

Here’s something else that bodes well: While industrialized nations are facing declining birthrates and even, in the case of Japan, an aging, shrinking population, 78 percent of Ugandans are younger than 30. More than half are under the age of 15. Even Unreasonable East Africa co-founder and CEO Joachim Ewechu is in his early twenties! He’s a case and point example of how the next generation of Africans is poised to change the trajectory of the continent. 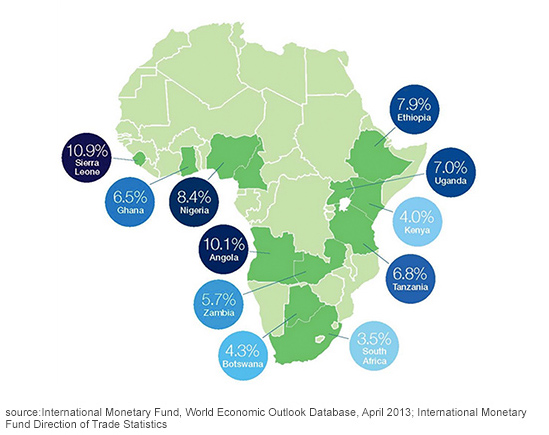 Possibly the most compelling reason to be optimistic about the future of Africa is seen in its legislative offices. The continent has a rate of female leadership that would be the envy of just about any government in the world. As of January 2014, women held a higher portion of legislative seats in Rwanda—64 percent—than in other national government in the world. In South Africa, that figure is 43 percent. In Senegal and Uganda: 42 and 35 percent, respectively. (If you’re wondering, women hold just 18 percent of legislative seats in the U.S.)

Beyond the current levels of growth and the new trends being seen across the continent, the reason I believe Africa is an entrepreneur’s paradise is because seemingly insurmountable problems still exist. As entrepreneurs, we love to solve problems, and nowhere will you find more and more urgent problems than in Africa.

This is still a place where extreme poverty is not uncommon, where far too many people live without access to clean water, medical care, and even reliable food sources. Half the continent lacks electricity; African countries have some of the highest infant-mortality figures in the world; and Sub-Saharan Africa has the world’s highest levels of HIV infections.

Africa is at a techno-cultural turning point that will prove to be as pivotal there as the Industrial Revolution was for Europe. Tweet This Quote

Yes, the problems are very real; I will not deny that. But after spending time with Unreasonable East Africa, I’m convinced that the continent has an abundance of young people determined to build an Africa very different from the one they’ve inherited. And for perhaps the first time ever, these innovators have access to the technologies and the economic and socio-political trends they’ll need to create and scale those solutions.

These entrepreneurs are picking up where decades of aid left off, by launching locally owned, scalable businesses. That’s tough anywhere. But they also have the added challenges of limited connectivity, of needing to reach customers who live on less than $2 a day, and a severe lack of financing because the investment world has yet to shift their focus in a meaningful way onto emerging markets (especially African markets). Yet the obstacles in their way only push these entrepreneurs harder.

While the economic upside can be great—and should help attract investors who have so far been wary of emerging markets—profit seems secondary to the fact that these entrepreneurs are addressing problems like malnutrition, infant mortality, lack of educational opportunities, and crushing poverty. (All examples of what we, at Unreasonable, like to call BFPs, or “Big f***ing problems.”)

If successful, they will unleash an entire continent’s worth of great ideas that will touch each and every one of us.

In an effort to bring this entrepreneurial renaissance to life, over the next two weeks, we’re going to profile some of a select group of entrepreneurs working in Africa. It’s my belief that the next Steve Jobs will come out of Africa, and it’s my hope that these stories give you a glimpse of this new reality we are already living in.

An Argument for Evidence-Based Policy at the Bottom of the Pyramid?

An Argument for Evidence-Based Policy at the Bottom of the Pyramid?