Why Give a Damn: Are you considering starting a Kickstarter or Indiegogo fundraising campaign? Before you do, here is what I learned from our recent, unsuccessfully funded Kickstarter campaign for our Unreasonable at Sea documentary. Take note; it may save you a lot of time, energy, heartbreak, and money!

Some context for this article:

“I am not discouraged, because every wrong attempt discarded is another step forward.” – Thomas Edison

Well, it’s been about a month since our Kickstarter campaign ended. When we first started, I was beaming with confidence. A story set on a ship sailing around the world to exotic places. Extraordinary people solving huge global problems and potentially saving lives with their ground breaking businesses and technologies. Add in Archbishop Desmond Tutu? How could it not be successful?

Yet, after 40 days of working hard to get the campaign off the ground, it was deemed unsuccessfully funded. However, after taking a little time to get over the initial sting, I now see that the campaign was far from a total failure.

This was the first Kickstarter (and first fundraising campaign in general) we had ever run for Unreasonable Media, and we gained far more experience than we could have ever imagined. After taking a step back, re-examining our campaign approach, and hearing critical feedback from many people, I’ve compiled a list of our takeaways. After three years of experiencing the Unreasonable Institute, a mentorship-based program for international entrepreneurs, I am a firm believer in one of their fundamental modes of operation: transparency. It is extremely important for moving forward, and that means admitting our shortcomings. We ran a campaign to raise money for our documentary, but the lessons below may still apply to any project for which you’re raising money.

We  chose Kickstarter as our fundraising platform for two reasons. First, there are simply more people who are familiar with it as a fundraising mechanism. Second, it felt like a platform better suited for the artistic community, especially for documentary films. Our confidence may have gotten the best of us when we shot for the hefty $50,000 goal, knowing Kickstarter was an “all or nothing” fundraising model, but feeling like our project was worthy enough to attract people outside of our networks, we took a big risk. After all, we really did need to raise $50,000, and we didn’t want to send the message that we were taking fundraising lightly. However, if we were to go back in time and try again, we would have lowered the fundraising goal substantially. After all, even a little money could have helped us out greatly at this early stage of pre-production. If we were to re-do the campaign during a different stage of the filmmaking process (during production or post-production for example), the goal amount would probably stay the same. This brings me to point 2…

Lesson Learned: Set your goal small, and shoot for raising above that. Also, don’t forget to factor in your stage of your project. The further along you are, the better the chances of being successful with larger funding goals. 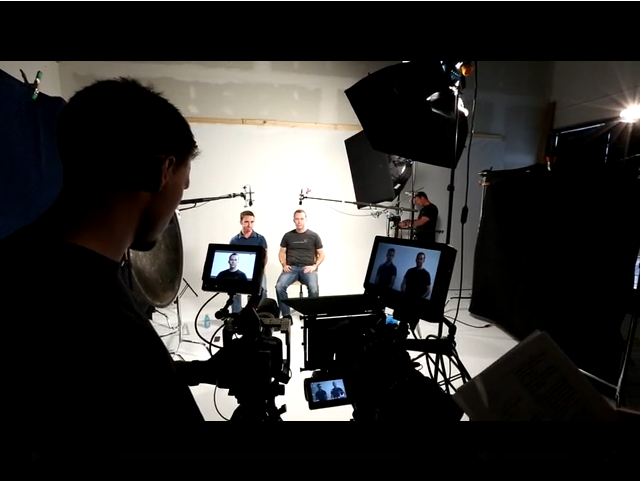 2. Timing of Starting the Campaign:

When we set our goal, we neglected to take into account how difficult it is to raise a high goal of $50,000 before shooting a single piece of footage, regardless of how potentially powerful the story would be. As we continue talking to more people who have experience raising money for documentaries, we realize this is just simply the nature of the beast. It’s a sort of a Catch-22 in that while you need money to begin a documentary project, you usually can’t raise that money until you’ve begun the documentary project. Normally we’d go out on our own time and film an interview or two, get some compelling B-roll, and slap together a powerful trailer that gives the audience a good idea of what to expect.
However, since our documentary is on a ship that sets sail in January, it’s almost impossible at this time to convey the imagery, characters, and story that will be in this documentary.

Lesson Learned: The more your audience can visualize your finished product, the better.

3. Timing During the Campaign:

First off, running a Kickstarter campaign is a full time job, so be prepared to work, or have a team and system in place before you start. Posting to Facebook every once in a while just isn’t going to cut it. The first 24-48 hours are critical, especially if you want to get some help from Kickstarter’s community. Although they’re incredibly supportive of many creative projects, they, like any other business, also want to make some money. If your campaign shows promise right away, and if there’s a big enough spike in pledges, it signifies you’re serious in raising a hefty goal like $50,000. Why would they take the time, energy, and advertising space for a project that’s so far down in the count? I even made a desperate attempt about 3/4 of the way through our campaign by writing a somewhat catchy song to Kickstarter, pleading with them to feature our project. It may have worked at the beginning of our campaign, but at this point it was a lost cause (although very fun to make). If we were to try again, I think we’d plan our initial launch better so that we would already have 50+ people ready to donate before it launched.

I also believe there’s something psychological that goes through people’s minds when they see a project’s earnings low in the count. If you have a big push at the beginning, and you’re already halfway to your goal by the second or third day, I have a feeling you’ll get the ball rolling enough so that more people feel comfortable pledging their money. After all, who wants to feel like they’re the first ones to show up at a party?

Lesson Learned: Prepare to “kickstart” your campaign in a big way by getting commitments from as many people as possible before the campaign starts.

Are you ready to start your own fundraising campaign? Write a paragraph of your product’s narrative, and share it with 5 people. Listen to the sentences or words with which they connect. Find out the exact places where they get confused. Re-write, and repeat.

This is Pt. 1 in a series of posts about everything Unreasonable Media learned–the hard way–about crowdfunding. Stop by next week to hear more from the team about crafting your messaging, creating your video and helping your audience get passionate about your project.

When Crowdfunding Meets Clean Tech, It’s A Big Deal For Everyone

When Crowdfunding Meets Clean Tech, It’s A Big Deal For Everyone