Why Entrepreneurs (Not Big Oil) Will Create the Future of Energy

Last month, both BP and Shell produced statements in support of a carbon-pricing scheme, which in principle raises costs for the oil giants. Many remain skeptical of these oil companies’ commitment to addressing climate change, and their previous attempts to green up their image don’t inspire further confidence.

Oil companies have no reason to transition their business to renewable energy. Tweet This Quote

Ten years ago, many major oil companies had visionary leaders that pledged to transform their companies from fossil fuels to “energy” companies. Today they have committed themselves “back to basics”—in other words back to oil and gas drilling only.

Oil companies have no reason to transition their business to renewable energy. Renewable energy is simply a feel-good ad tactic. As Ben Elgin in BusinessWeek pointed out, “[Chevron’s] slogan, ‘Finding newer, cleaner ways to power the world,’ is splashed across its website. And ads launched in 2010 as part of Chevron’s ‘We Agree’ campaign declare, ‘It’s time oil companies get behind the development of renewable energy.’”

Oil companies will never create a solution to end our dependence on oil. Tweet This Quote

Oil companies will never create a solution to end our dependence on oil. According to Oppenheimer & Co. analyst Fadel Gheit, quoted in Elgin’s article, “It’s not that oil companies dislike renewables, it’s just not their core business or where they have expertise. They just don’t know what to do with it.” 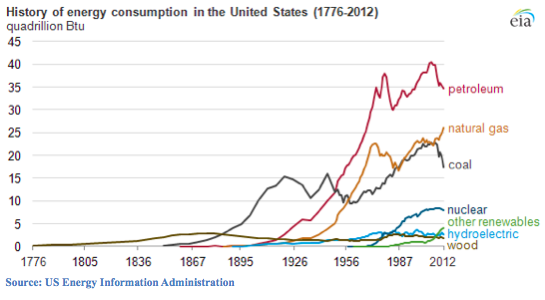 That leaves the opportunities in renewable energy open for aspiring entrepreneurs. SunEdison, the company I started, is an example of a scrappy startup that grew into the largest solar service company in the world. We were able to help build a multi-billion dollar solar industry by creating a new business model for solar. By developing the pay-as-you-go model for solar energy, the consumer won, and the solar industry took off. The point is that we got up every single day with a 100 percent commitment to solar. We were not distracted by incumbent businesses, and we refused to fail.

Oil companies have no incentive to innovate or lead in renewable energy; they are only focused on maintaining the status quo. This principle holds true in other parts of the clean energy sector. Breakthroughs in electric vehicles are not coming from incumbent car companies like Ford and GM, but from new entrants like Tesla Motors.

Innovation comes from entrepreneurs on the cutting edge of technology. Tweet This Quote

Even within stationary storage, where batteries are used to store electrical energy from renewables and the grid, innovations are not coming from solar companies, but from startups like Stem that are focuses solely on deploying battery storage.

Innovation comes from entrepreneurs at the cutting edge of technology. Companies stuck in the status quo will never be leaders regardless of their countless campaigns to convince us otherwise.

To Everyone in Social Enterprise: How to Get Big Without Getting Bad

To Everyone in Social Enterprise: How to Get Big Without Getting Bad