How Choosing Empathy Over Anger Saved My Startup

There’s no nice way to say it: two months ago, my venture CoSchool got punched square in the gut. On Sunday, the 2nd of April, I received a phone call with some the most horrific news an early stage startup can hear: “We’ve been robbed. We’ve lost everything in our bank account. It’s all gone.”

For a few hopeful seconds, I clung to the idea that this was an April fools joke come late and gone too far. But it wasn’t. Over the course of a few hours, our bank account had been emptied by what seemed to be an organized criminal gang; CoSchool had fallen victim to cruel and heartless crime.

As you can imagine, the following week I experienced a rollercoaster of emotions: hurt, hope, exhaustion, determination, doubt. But above all, I wanted justice. 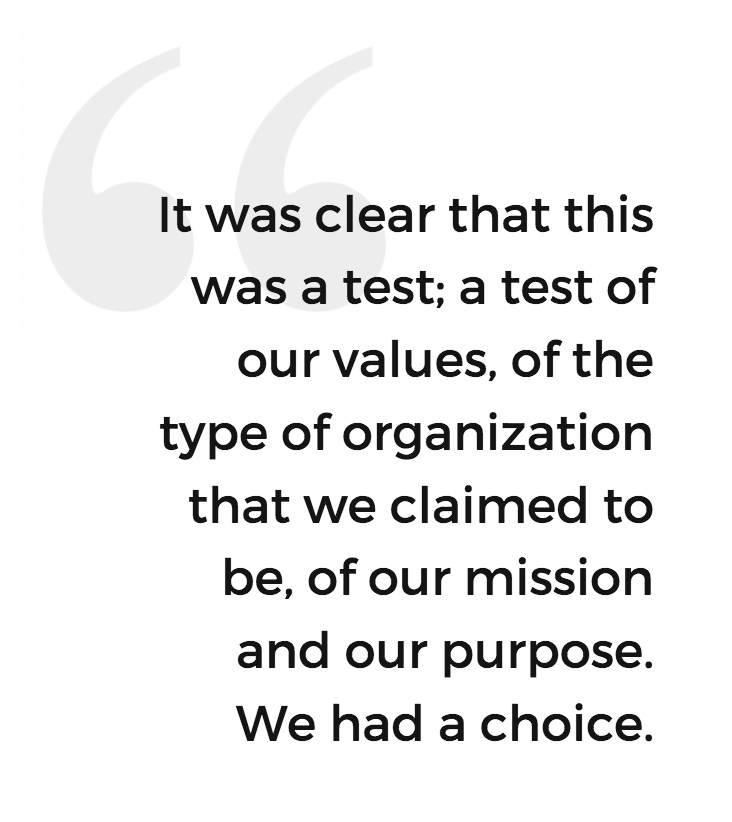 During those ups and downs, feelings of anger and frustration dominated. I wanted to pin a giant map of Bogotá up in the office and start mapping the whole thing out in a bid to find the criminals and bring them to justice.

But in the few quiet moments between the numerous police visits, bank calls, and meetings with the team, I kept coming back to the same moment: seven years ago to my time as a teacher in a challenging and failing South London state school. I recalled that one of the driving forces behind launching CoSchool was a different kind of justice. The kind that came from a heartfelt place. The kind that’s fair and thoughtful. The kind that strives for an education system that provides even the poorest people access to excellent schools, an enriching curriculum, kind and compassionate teachers, and genuine preparation for the real world.

It became clear to me that this was the kind of justice I wanted to strive for. Hatred and anger weren’t the answer; focusing on what we do best at CoSchool was. Rather than harboring the kind of justice that sought revenge, I instead decided to explore the values we teach and promote in our work: empathy, collective leadership, and perseverance. It was clear that this was a test; a test of our values, of the type of organization that we claimed to be, of our mission and our purpose. We had a choice.

What kind of people could rob a social enterprise?

I began to wonder: who were these people that stole from us? What were their names? Where were they from? What was their life like growing up? Did they get the support and care they needed from home or school? Were they born thieves, or did their circumstances turn them towards this way of life? Have they been affected by the conflict in Colombia? Have their families?

There is a word that gets used far too much in Colombia (and other countries too, I’m sure) and that is ‘delicuente.’ This is a label applied to criminals: in other words, they are delinquents: urchins that roam the streets and choose to impart misery on others. The police used the word liberally with us: “Ah, this was a case of delicuentes, you see.” The bank used the same word in their first report to us: “Watch out for delicuentes!” To some extent, maybe there’s truth in it. But people aren’t born delinquent. This is learned behavior, and we’re never going to reduce the numbers of delicuentes by imparting all the blame onto them.

What was missing from their lives? How did they go from cradle to crime? What if there was much more we could be doing early in their lives to steer them in a different direction? What’s our role in all of this? What would happen if we turned delinquency into decency?

How can education reduce crime?

I experienced first hand the impact a lack of education can have on our children and how easy it is for them to turn to crime as a result. Seven years ago, in that challenging and failing South London state school, one of my students was sent to jail for murder. I believe the education system and my school failed him because we didn’t help him develop the critical soft skills (such as decision making and self-control) that he needed to grow up in a challenging environment.

In Paul Tough’s recent book, “Helping Children Succeed: What Works and Why,” he introduces an economist, Jens Ludwig, at the University of Chicago who oversees a research group called the Crime Lab. In their work, they found that those children who participated in a counseling program called ‘Becoming A Man’ (which aims to develop anger-management and self-control capacities in young students) were 44 percent less likely to be involved in violent crime than those who were not enrolled in the program. BAM also improved students’ grades, attendance, and predicted graduation rate. BAM is one of many such successful ‘soft skill’ initiatives around the world.

We’ve been studying this kind of thing for a while. Duke University researchers looked at a program called Fast Track, which started in the early 1990s for children who were identified by their teachers and parents to be at high risk for developing aggressive behavioral problems.

The students were split into two groups – half took part in the program, which included a teacher-led curriculum, parent training groups, academic tutoring and lessons in self-control and social skills. The research found that about a third of the impact on future crime outcomes was due to the social and self-regulation skills the students learned before the age of 15.

The academic skills that were taught as part of Fast Track turned out to have less of an impact on crime and delinquency rates than soft skills, which are associated with emotional intelligence. Put simply, the more emotionally intelligent you are, the less likely you are to commit a crime.

Ironically, this horrible thing that happened to CoSchool reaffirms exactly why CoSchool needs to exist in the first place: 1) this type of education is needed, and 2) this kind of education works.

I am full of admiration for those at the very sharpest end of the criminal justice system. I totally applaud the necessary work of Unlock, who provides a voice and support for people with convictions who are facing stigma and obstacles because of their criminal record. And I am in awe of the transformational work of Defy Ventures, who empower those with criminal records to pursue entrepreneurial ventures.

But CoSchool’s true work comes before all of this. In a strange kind of way, our recent robbery — as heartbreaking as it was to experience — needed to happen to enable us to feel closer to our mission.

We got justice: the best kind.

We launched a crowdfunding campaign to rally support behind our summer camp, CampCo, that aims to develop key social and emotional skills in over 300 low-income youths this summer. The response was incredible: over 150 people supported us, and we raised over $16,000USD in just one month. Not only did this enable us to launch CampCo, but it also powered a third camp for 70 more students over the summer. Thanks to the kindness and generosity of our community, we have been able to charge forward in spite of the unfortunate events of April 2nd.

If the work that we do this summer means that one less robbery occurs, then we’ve passed the test; we’re on the right track. And this is why we will continue to choose empathy over anger, again and again.

It’s Time We Change This Dangerous Idea About Business

It’s Time We Change This Dangerous Idea About Business

Henry is the CEO of CoSchool, a startup that challenges the status quo of education in Colombia by providing a range of programs (lasting for one day, one week, four months) that build character and leadership skills in students. He has lived in Colombia for the last 5 years, and has also been involved with the NGO, The Huracan Foundation, which he set up in 2011 following a story involving the power of football (soccer) to connect people and transform lives.

More by Henry May