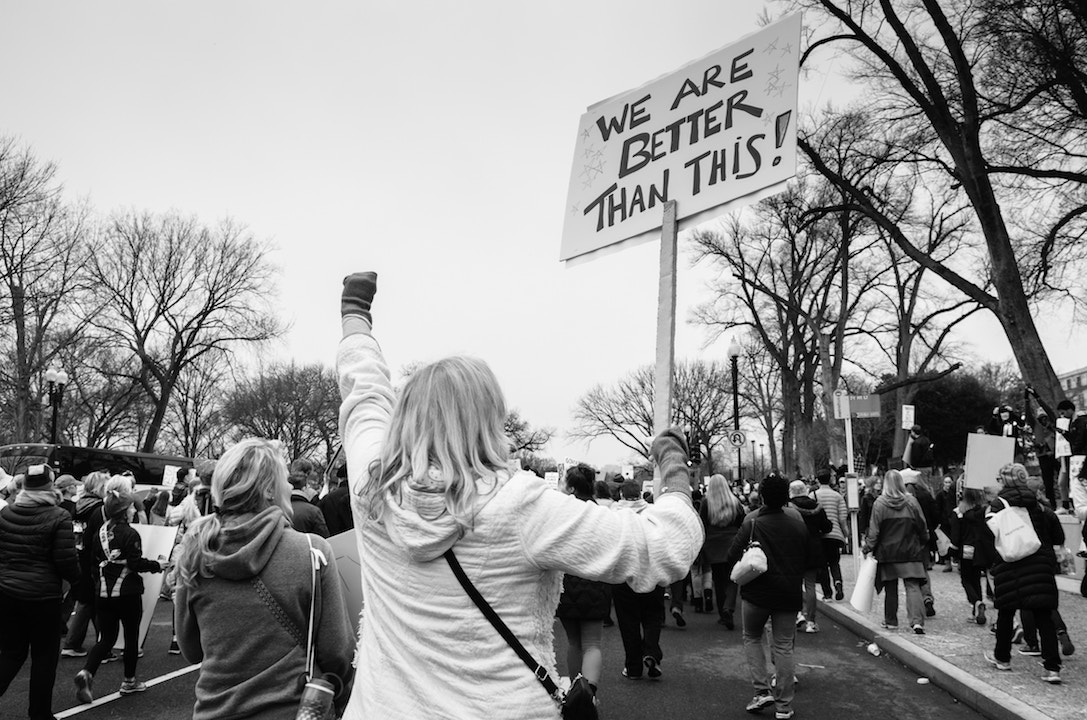 Charlottesville is my favorite place in the world. I went to the University of Virginia and still teach there. I’ve lived in Charlottesville longer than anywhere else in my adult life. White supremacists and neo-Nazis marching with torches down the Lawn at UVA was one of the worst things I’ve ever seen, and the violence this weekend was absolutely tragic.

Yesterday I posted on Facebook about Charlottesville and racism, and my friend Daniel responded, “What are you doing to dismantle it?

Condemning hatred is a great start. Donating to worthy causes is another next step — whether it’s the ACLU, SPLC, or organizations in Charlottesville (This post is a good first place to look for ideas)

Yet it’s Monday afternoon, and you’re at work. And I’d argue that what you do today, in your job, to dismantle systemic discrimination is more important than what you can say or social media or where you donate.

My first year at the University of Virginia in Charlottesville, I took a civil rights history course with civil rights leader Julian Bond on the same Lawn that was the backdrop for the rally you saw Friday night.

I remember one time, as a nineteen-year-old, talking with Mr. Bond about my experience growing up in Atlanta (where he also grew up). If you’re a teenage boy in the South you see racism all the time. I told Mr. Bond about the countless racist jokes and comments I heard. Usually, I’d let them slide. Sometimes, I’d challenge them. I once got called a “n-word lover” at school by arguing that black people were just as good as white people.

I told Mr. Bond about the times I let comments slide, and asked him: Should I be embarrassed? What should I do about it?

He responded, ”Don’t worry about what you did or didn’t say. Just recognize that if you don’t like the system, you can change it, but that requires acting intentionally every day. As a white guy, you’ve got a lot of power to stick up for people.”

He taught me how much of the work of leaders in the Civil Rights movement was convincing people in positions of power and privilege to change their daily behavior, to stick up for people who the system wasn’t working for. He told me stories of how he and colleagues like John Lewis and Martin Luther King Jr. worked with Atlanta’s mayors, like Ivan Allen and William Hartsfield, as well as leaders in the business community, to integrate lunch counters, public spaces, and businesses in Atlanta far earlier than its Southern peer cities (earning Atlanta the moniker: “The city too busy to hate.”)

Atlanta is still filled with race issues but today it has the most successful black middle class of any city in America, partly because several decades ago, people who had no power and people who did have power worked together.

People in positions of power, whether their arena is politics, the media, the capital markets, or elsewhere, need to intentionally change the system — not just complain about the problem and give lip service around the margins.

“Do what you can, with what you have, with where you are”

The best way you can respond to Charlottesville is following Theodore Roosevelt’s maxim and working through what you do every day — your job, your friends, your sphere of influence — to address systemic racism.

Within my specific field, I see people doing things to change the system every day.

There are a ton of systemic biases — in an in-depth study of snap judgments, Marianne Bertrand and Semil Mullainathan found that identical resumes labeled “Greg” and “Emily” received 50% more call-backs than “Jamal” and “Lakisha.”

The people I admire are people like my old colleague Ulili Onovakpuri, who intentionally pushed me to re-structure our team to remove barriers that subtly keep people out of entrepreneurship: we began to offer help with student loan repayment and stopped having unpaid internships. They’re people like Nasir Qadree, a first-generation college student who directed our education practice to focus on college completion and career readiness.

Below are a few more examples of people doing what they can from where they are. I hope you’ll find this useful as inspiration — as these people have all inspired me.

How can you change your workforce benefits, your intern program, your hiring practices to be more inclusive?

Freada Kapor Klein and Mitch Kapor are wildly successful tech entrepreneurs who are now among the most active tech investors in the world. They intentionally hire and invest in women and people of color, whether it’s recruiting interns from the streets of Oakland or publicly and privately holding their investments accountable when they aren’t inclusive (as an early investor in Uber, they were the canary in the coal mine calling the company “toxic.”)

But you don’t need to be a super-successful tech entrepreneur to do this. Heroes are people like Arlan Hamilton, who spent years bouncing from couch to couch, trying to raise money for a fund that intentionally invests in women, people of color, LGBTQ founders and others who are overlooked. She raised a fund, Backstage Capital, that prides itself in investing in people who DON’T know anyone with money: while most investors look for a “warm introduction” (thereby perpetuating a world where you only raise money if you know people who have money), Backstage proudly boasts a portfolio where 40% of founders cold-called them through the website.

Who’s not in the room? How can you bring different voices off the street, into the board room, into your portfolio?

Ben Jealous succeeded Julian Bond as the head of the NAACP, and left politics to enter what he calls “justice tech.” As a partner at Kapor Capital, Ben has led investments in companies like Pigeon.ly, which is breaking up the racket that rips off prisoners calling their families at home. (And if you don’t believe racism exists in the 21st century?—?look at the criminal justice system). Ben’s running for Governor of Maryland now, and I’m supporting him — here’s where to go if you want to as well.

What injustices do you see in society? How can your day job fight to solve them?

The Kauffman Foundation in Kansas City is probably the largest funder of entrepreneurship around the world. Under the leadership of Wendy Guillies and Victor Hwang, they’ve launched a strategy of #ZeroBarriers?—?instead of being agnostic on who they help (a strategy where resources usually flow to white guys on the coasts), they’re intentionally fighting for the underdog: women, people of color, rural entrepreneurs, people who are outside the system.

They’re people like Jean and Steve Case. They built America Online into the best-performing company of the 1990s. After most people accomplish something like that, they go retire on an island somewhere. Instead, Steve has spent months of his life and millions of his own dollars in a “Rise of the Rest” campaign, touring the country to intentionally find founders who are overlooked, and as CEO of the Case Foundation, Jean has led a “Faces of Founders” campaign, redefining some of the subtle and systematic bias that people have against founders who don’t look like Steve Jobs or Mark Zuckerberg.

And they’re also people like Clarence Bethea, who grew up on the other side of Atlanta from me. The only memories he has of his dad were when he was coming to the house, drunk, to beat up his mom. And he was only able to get a college degree by finding a basketball scholarship at a small Minnesota college. Yet through ingenuity and hard work, he’s now running a fast-growing startup called Upsie, making purchases transparent and fairer for consumers, and I’ve seen him make progress despite implicit bias every step of the way (investors, for example, almost never think that Clarence, a black guy, is the CEO when he’s with his team). Clarence is one of the busiest guys I know, and has every excuse to just focus on his own success, but he spends much of his disposable time helping, connecting, and mentoring other founders.

How can you lift up the voices of people in blind spots who have great ideas?

There’s also my team at Village Capital. My co-founder Victoria Fram and I raised an $18M fund to correct a lot of these systemic errors. We do a few things that are pretty radical. As one example, we literally give the entrepreneurs we’re looking at power over capital. We don’t decide who gets funding. We’ve intentionally given entrepreneurs power over investments. Changing this power dynamic, we believe, yields more just and equitable funding. And we’re seeing evidence that the investment results are better. 43% of our investments are in women. 24% are in people of color.

And we don’t have all the answers. For example, it costs an estimated $30,000 to start a business, but the average African-American and Latino families have less than 1/3 that. We’re working with other partners to solve it.

If you’ve been successful, how can you bring other people along with you?

Derrick Braziel founded MORTAR, a company using entrepreneurship as a means for economic justice in Cincinnati, one of the most segregated places in the country. Dan Gilbert, the founder of Quicken Loans, who has personally invested most of his time, money, and soul in Detroit. Melissa Bradley and Erin Horne McKinney are sticking up for black women, the most overlooked of overlooked founders (only fifteen black women, ever, have raised more than $1M for their startups), in my hometown of DC. Bryce Butler in downtown Louisville is creating an economically interdependent community. I could go on and on. I see these people all across the country.

Whether you’ve got millions to invest, are a community organizer with no money, or anywhere in between, what can you do to stick up for the underdog in your own backyard?

I’m sure I’m forgetting other heroes.I wrote a whole book, focused on people who are highlighting and illuminating entrepreneurs who are overlooked. I probably forgot to mention least one of you whom I work with regularly?—?I’m tired and emotional, and I’m sorry about the oversight.

If you’re reading this, you’re likely in a position to do something.

Be outraged about Charlottesville. Speak out?—?on Facebook, Twitter, or whatever makes sense. Donate to great causes who can help.

But change comes from what normal people do every day. If you’re reading this, you’re likely in a position of power. When you show up at work today, figure out what privilege or power you have. How does the system you have control over leave people out? And what can you do about it?

What can you do to stand up for what America CAN be, today: Who are you interviewing or hiring?—?and how can you make the process more fair? If you’re funding or investing in a project, how can you make sure it’s intentionally leveling the playing field for the people who need you to stick up to them? If you’re designing a company strategy, how can you include more people?

And if you’re a white supremacist: as U.Va. alums are saying on social media: #GetOffMyLawn.

Charlottesville is a contradiction: the University of Virginia was designed by a slaveowner, built by slaves, and yet it also laid the foundation for political, religious, and economic freedom. The same Lawn that hosted an awful march of white supremacists also was where a civil rights leader taught a young white guy how to be an advocate for people who can’t stick up for themselves.

I’d love to hear your thoughts or ideas on tactical actions you are taking and want to encourage you to keep fighting the good fight. 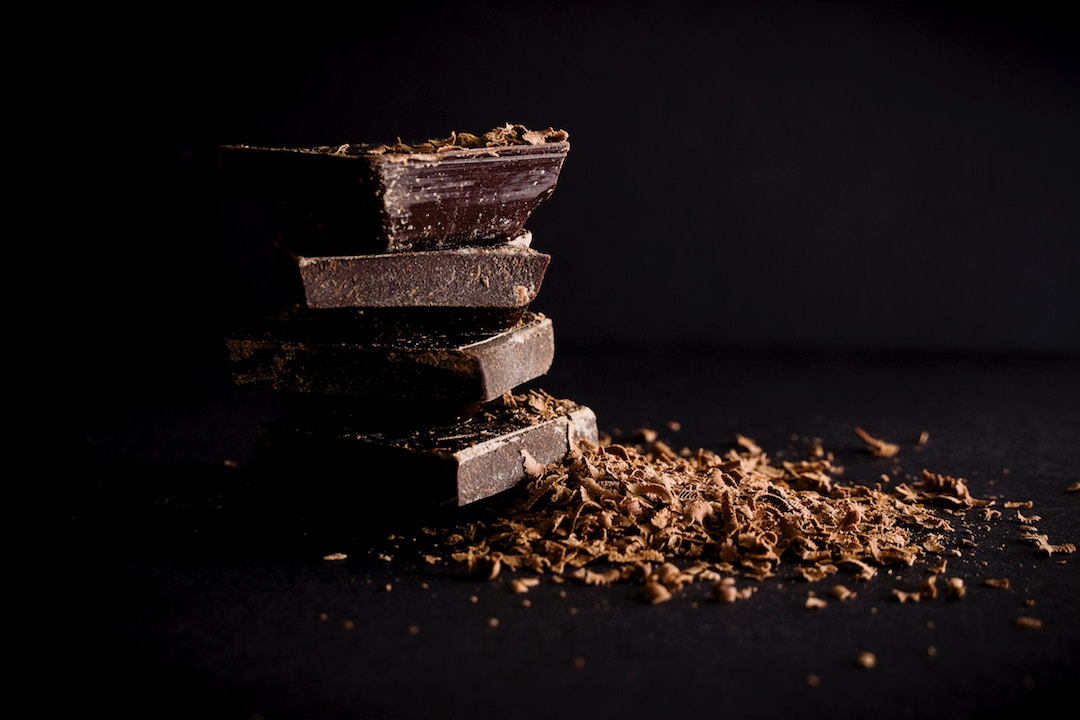 Why Consumers Should Pay More for Chocolate: Q&A with Uncommon Cacao

Why Consumers Should Pay More for Chocolate: Q&A with Uncommon Cacao