Why Every CEO Should Take a Customer Immersion Trip

ince we started Zoona in 2009, our single-minded vision has been to help communities thrive. A big part of making this a reality is our network of agents. We now have over 1,000 of these entrepreneurs across Zambia, Malawi, and Mozambique. They provide essential financial services to their communities using the Zoona platform, serving over 1.6 million active customers and processing $125 million in mobile money transactions in Africa.

For the past several weeks, I’ve been busy visiting several of these entrepreneurs to learn more about how they are providing essential financial services to their communities. Before kicking off this customer immersion trip, my main objective was straightforward: to spend a total of five weeks in Zambia and Malawi, where I would spend a day with a dozen emerging entrepreneurs in a dozen towns. I wanted to shadow them on the job and in their homes to immerse myself as much possible.

Then, I really thought about what I wanted to achieve, and I added three more trip objectives:

First, I wanted to get closer to our most important customers. The agents I spent time with employ more than 100 people and have processed over $300 million in transactions. They have played critical roles in making Zoona what it is today. I wanted to understand what makes them tick, how they have been successful, and how we at Zoona can better support them.

Secondly, I wanted to capture and share stories. I asked one of our Malawian customer services representatives (who runs a videography business in her spare time) to accompany me on this trip and capture my experiences. The aim here is to provide inspiration and insight for the benefit of all of Zoona’s stakeholders, including out next generation of tellers and agents.

Lastly, I selfishly wanted to harness the energy from the field to recharge my batteries for our next phase of growth. I am constantly inspired by what our top agents have achieved, and I hope that their secrets will rub off on me! 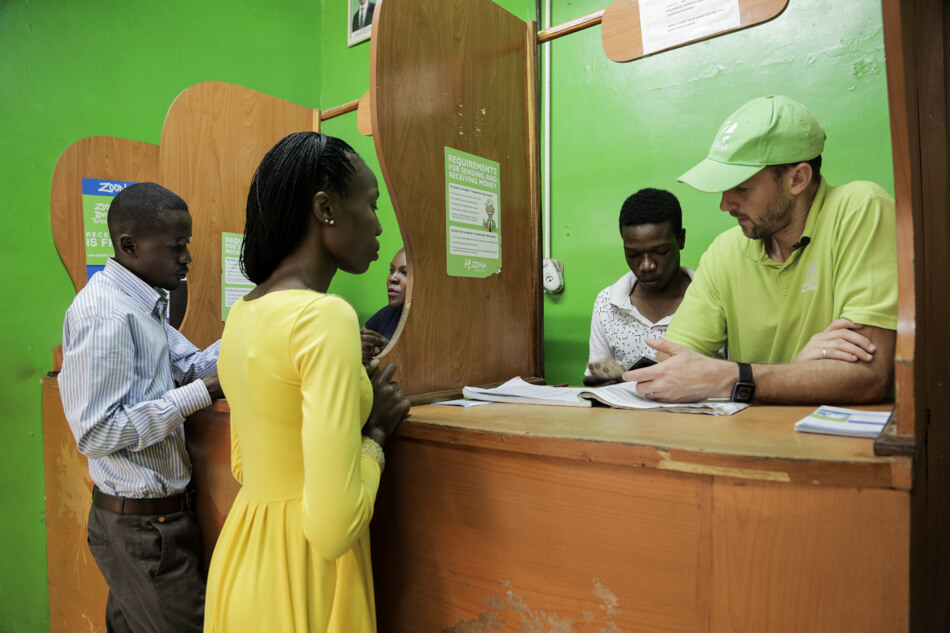 I’ve now completed the three-week Zambian leg of my customer immersion trip, having visited nine agents in eight towns in four provinces. Before leaving, I was cautioned that my schedule was too intense with the hardships of car journeys and bucket showers, and it would leave me exhausted. However, I’ve found the opposite to be true. I’ve learned that as hard as I work, Zoona’s top agents work even harder – and that has left me full of energy. It has left me with an intense desire to better support their growth and maximize the impact they are having on their communities.

Each agent I visited has a unique story to tell. Below are some highlights that have made lasting impressions on me these past three weeks.

Misozi, our poster agent in Lusaka, presented to Zambia’s Minister of Finance about how her life changed when she was 21 years old with no job and $500 in total savings. She invested everything into her first Zoona outlet. Then, over the next five years, she grew to employ 43 young Zambians and turn over $1 million per month in transactions. But, it was the way in which she presented her struggles and accomplishments at the age of only 26 that filled me with pride and triggered me to send a message to my wife that said, “I hope our daughter Aurelia can grow up to be like Misozi one day.”

Zoona agent Paul told me about how he grew up as an orphan and transformed himself into the “King of Kabwe” after being inspired by working as a teller for another agent. He has since opened 16 Zoona outlets in the capital of Zambia’s Central Province, and he only remembers taking one day off (ever) when Zambia had an election and none of his outlets could trade. Recently a first-time father, he has started to invest in the development of his tellers by empowering some as agents and supporting others to go back to school to pursue their dreams.

Mercy, our top agent in Ndola, presented me with a three-tiered customized welcome cake and explained her system of empowering young women and ensuring her outlets always open early and close late. She believes her secret to success is the young girls who work for her, and on her own accord, she has transitioned a few of them to become agents and business owners under her wing. “In this business, you need to have trust in your tellers,” she says. She also hosts them at her house for food and drinks every Saturday after work. 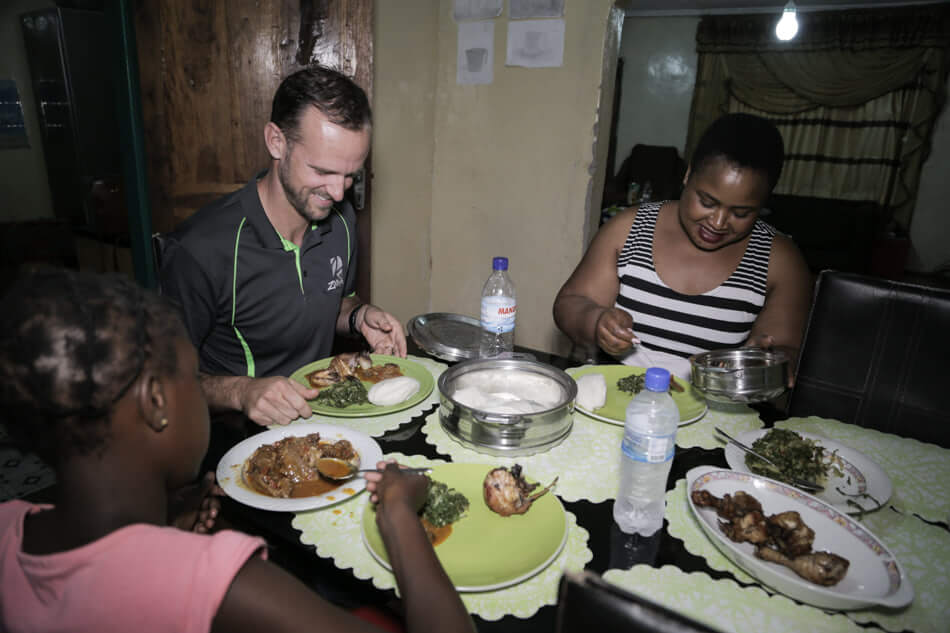 Sandra, our first agent in Zambia’s second biggest city, Kitwe, gave me a tour of the beautiful house she just finished building at the age of only 29. I then had the privilege of meeting her father, whom she has employed to assist her in moving cash around between her outlets. When asked how he is paid, her father said, “I do it only for the love of my daughter because I believe she can do anything a man can do, and I want to support her.”

Makumbo shared how becoming a Zoona agent in Mufulira has brought stability to his life in a mining community that booms and busts according to global copper prices. He saw the opportunity to build customer relationships by ensuring people are always served with a smile. He worked for six months in the kiosk himself to learn the business before starting to hire tellers and expand to new outlets.

Angela, a single mother of two who hires young girls off the street as her tellers, told me the heart-wrenching story of being defrauded by people she trusted and watching her business collapse in Solwezi. Zoona helped support her with a loan and two outlets to get her back on her feet, and now she is poised to expand once again.

Musanide, a pure entrepreneur with a huge smile, shared his dreams of becoming an international businessman. He has his sights set on cornering the thriving Lusaka city market to expand his Zoona business and provide crucial financial services to busy marketeers. 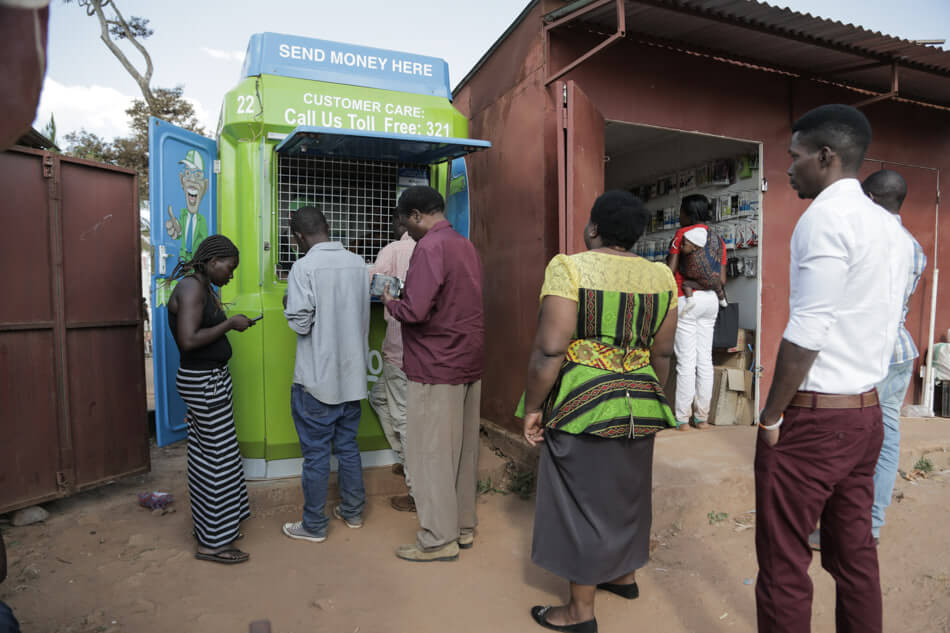 Mr. Mundia, our eldest and wisest agent who epitomizes Zoona’s mission of helping communities thrive, proudly told me how he sets up outlets in the hardest-to-reach rural areas that have no internet connectivity. Once established, he then works with the community to lobby the government to bring data services that otherwise wouldn’t get there.

Mr. Coster, our first agent in the Western province, told me about the time when his wholesale and retail shop in Kaoma burned down, and he lost everything. He thought he was finished until Zoona rushed to his aid with a new kiosk and working capital loan for his float. Now, he has finished building a house for his family and supports eight children (including four for his late brother) on an income from Zoona. “I only have God to thank for bringing me Zoona,” he says.

These are just snippets of remarkable human stories that I can’t possibly convey fully in just a few words. Yet, there is a common thread that binds our agents to each other and to everyone at Zoona: These agents are entrepreneurial, committed, and full of integrity. They act with a spirit of togetherness, and they like to have fun while they work. I’ve found each person to be genuine and real. In other words, our best agents embody Zoona’s core values and exist to help their communities thrive.

I am truly humbled and passionately inspired by the impact Zoona is having in Zambia. While we have a lot of work to transcend our relatively small startup into a business that will last a century, we feel extremely proud of what we have already achieved. Nayo Nayo – we are in this together!

What might you learn from embarking upon your own customer immersion journey?

17 Goals, 16 World-Changing Entrepreneurs, and the Global Partnerships to Support Them

17 Goals, 16 World-Changing Entrepreneurs, and the Global Partnerships to Support Them

Mike Quinn is Group CEO of Zoona, an African mobile money operator that helps people send and receive money when they need to most so that communities can thrive. Mike holds an MBA with Distinction from Oxford University, where he was a Skoll Scholar for Social Entrepreneurship, along with an MSc in Management Development from the London School of Economics.