f all the advantages that affluent individuals enjoy, perhaps none is as valuable or prescriptive as the picture that they form, or are given, of what is possible for them. Luxury, wealth, entertainment, education and a rich social life are expectations, and the knowledge of how to put themselves in the right places to find them are passed along as part of their inheritance. They are taught, like a good lioness teaches her cubs to hunt for and capture what they need; except in the case of wealthy humans, they learn that they need, and deserve, more than most.

The opposite is also true. In India, Untouchables have no one to tell them they deserve anything more than a meal or two a day. That becomes the reality, and the identity that they accept.

Identity is our assumed context in the world – our self-image as we perceive it in relation to whatever society, company, world in which we include ourselves. Individuals have identities, as do corporations, cities, countries (and maybe planets for all we know). Identities are dialogs between the outside and the inside of us; they are self-fulfilling prophecies, conformity to societal expectations, and the belief we hold of what we can expect. 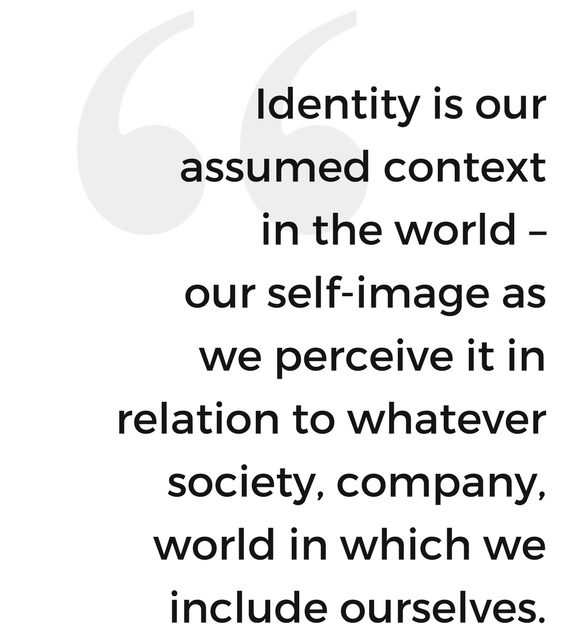 I have been, in a short stretch of time, to Buffalo, Nairobi, Mexico City; and Detroit. Each of these cities has its own colorful, distinct identity, and shares in common (but not exclusivity) a struggle with deeply-rooted poverty.

Many aspects of poverty look the same wherever they’re found; a struggle for food, work, shelter and safety, and a struggle for hope that the means or the opportunity will ever exist to change things. While it’s difficult not to compare the causes and commonalities of poverty in these vastly different places, it’s more useful, perhaps, to explore the role that identity might play in solving it.

The iHub in Nairobi is an accelerator for tech start ups. The crowd of young social innovators and entrepreneurs who showed up for a workshop there were full of life and promise. Africa is exciting, on-the-come, the “it” continent. Young social innovators from America want to work there, and when they do, they fall in love. Nairobi has been called the Silicon Valley of Africa – young Africans have heard it and believe they have the power to change the game.

Mexico is filled with talent of a very different kind, in people with a vastly different view of themselves and their place in the world. Art is pervasive in Mexico – each region of the country, each village has a specialty – a molé, a type or color of ceramics, painted wood, baskets, rugs, puppets, jewelry or glass. Exquisite work, much of which on the streets of Milan would make them successful. When ConArte brought social entrepreneurs, foundations and artists together to jump-start entrepreneurial businesses, it was clear that unlike the young Kenyans, these artists are not convinced of their own value or of their potential to create change. They do not have an appreciation for the rarity of their abilities, or how to put them to use in creating a new future for themselves.

Closer to home, Buffalo’s identity is colored by its own illustrious past. At one time the home of more millionaires than any other city in America, Buffalo was arguably the place where America’s rise to world leadership began, as the country’s biggest inland port, and the home of some of its most important innovators. Now, any Buffalonian will tell you that the city is famous for it’s winter weather and its struggles. But after years of feeling that the magic was gone, Buffalo is beginning to see itself as a winner again, with palpable energy converging, and optimism on the rise.

A young woman said, at a meeting of the Detroit Creative Community Center, that “We’re all superstars, we’re just waiting for the rest of the world to figure that out.” Relatedly, another person said that, “Living here is a cause all by itself.” In Detroit, as in Nairobi, the young people working to change things see themselves as heroes, and that can’t be bad for their ability to pull off super-human feats.

Buffalo and Detroit feel familiar to me because I grew up in another rust belt city called Pittsburgh. There is an ethos that is shared; a sense of honor, of pride, an appreciation, and even a love, of hard work. And a chip on the shoulder. You’ve heard all the jokes about the place you come from. Also an assumption, wherever you go, that the rest of the world has a picture of you, your history and your future that you do not accept and are not willing to cede to them. A case of stolen identity that forces a degree of self awareness that would otherwise not be possible to sustain.

America sees itself at the moment as past its peak. Our rust belt cities are the poster children for what ails us – industry gone, unemployment structural, middle class under siege. This is old news to Buffalo, Detroit, and Pittsburgh, and any picture they have of what is possible for them is in the context of a country that is, at least for now, pulling them down instead of ahead.

In an individual, identity is the purview of a shrink, if people can afford them. In organizations, it is the work of design. It involves helping to clarify, or remember, what they stand for, and why they matter in a world where the old rules no longer apply. It includes helping the organization see itself in a new light, align around a shared vision for the future, and communicate that in a way that inspires people to help make their potential into reality. 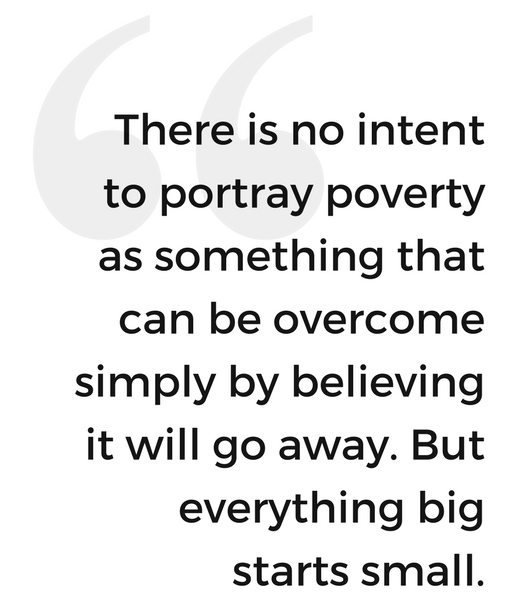 Self-image it not always logical from the outside, but it inevitably creates the identity that others see. Jeanette Winterson, in her new book, “Why Be Happy When You Could Be Normal,” writes, “The other thing a working-class kid learns about the life of the mind is this: Whatever is on the outside can be taken away at any time. Only what is inside you is safe.”

Companies that share a vision of themselves as winners tend to win. Places are like that too. A spark starts, people believe it can spread, so it does. I am convinced that this can happen for cities as well as for business – that the design process of creating a new identity, made from deep truths and real potentials, can have the same affect.

None of these observations are based on data, and if there is data to support them, it is not known to me. There is no intent to portray poverty as something that can be overcome simply by believing it will go away. But everything big starts small. Identity is how we make sense of the world, and the beginning of change is to feel, then to see, that change is possible.