Don’t Throw Away Your Utensils…Eat Them!

akey’s has developed edible utensils to provide an effective alternative to petroleum-based disposable plastic cutlery. The edible utensils contain no chemicals, preservatives, fat, emulsifiers, artificial coloring, or milk products. Now, instead of throwing away cutlery after a single use, people can eat it, or it will biodegrade in fewer than three days. Bakey’s is targeting a customer base of one billion, helping to avoid 5 million tons of plastic going to landfill.

Bakey’s founder, Narayana Peesapaty, shares how he came up with this idea and what it means for the environment.

What experience(s) inspired you to start this company?

In India, we are facing severe groundwater depletion both qualitatively and quantitatively. This is because there is a very high preference amongst farmers to cultivate rice. Rice is a water guzzling crop and an irrational choice for water-scarce regions. The problem is, every year, there are millions of tons of rice rotting in the warehouses. Every million tons of rice costs five trillion liters of irrigation water and over 22 million gigawatt hours of power.

If so much rice is left to rot every year, why is it being produced? The answer is that the demand for millet has taken a nose-dive due to certain perceptions that they are the poor man’s cereal and rice. The so called “rich man’s cereal” is being made available by the government at very highly subsidized prices. This caused a massive shift in dietary pattern and almost all traditional millet-eating communities shifted to eating rice.

In the absence of demand, the farmers had to respond by shifting their cropping to rice. From the water requirement perspective, rice needs 60 times more water than millet, which is 6000 percent high demand for water. There is a consequent rise in demand for electricity to lift this much water from the ground.

I wanted to bring back the demand for millet because, not only are these less water demanding, they actually are very high in nutritional content. So I invented edible cutlery, made of millets. Being hardy cereal, these do not turn soggy, even when kept dipped in liquids for significant time. And since the edible cutlery are made of flour, we can add any flavor we like – we currently offer salt and pepper, ginger-cinnamon, carom-cumin-salt and pepper, and sweet with vanilla and strawberry.

Edible cutlery also offer an incredibly safe alternative to plasticware, which are laden with carcinogens and neurotoxins, and often made with industrial and microbial contamination. Our products are environmentally friendly, hygienic, and come rich with nutrition!

I am so convinced of this idea that I quit my job to jump on the bandwagon of entrepreneurship. I believe through my initiative (which includes several other products), I will be able to create enough demand for the farmers to make the shift in their cropping pattern. In a groundwater estimation model that I had developed during my career as a researcher, I saw that if the area under rice is brought down by 25 percent, the depleting trends in groundwater will reverse. This is the motivation that drives me.

Why does solving this issue matter so much to you?

I saw the fall in the groundwater levels right at my own house. During vacations in my school days, we used to visit our village and jump in the well and swim all day long. Suddenly, when I was in secondary school, the well dried up. It was gone. We had severe water scarcity, and I didn’t know what to do. As I completed my graduation and started working as a researcher, I began to specialize in agriculture and groundwater, and I was able to connect my childhood experience to the groundwater reality.

In fact, it is alarming to note that in several areas, even fossil water is being extracted, which could incur environmental catastrophe of unimaginable scale. I have a child, a daughter. I don’t want to leave an unsafe world for her and her generation. I am more inspired because, I think, I have the solution. 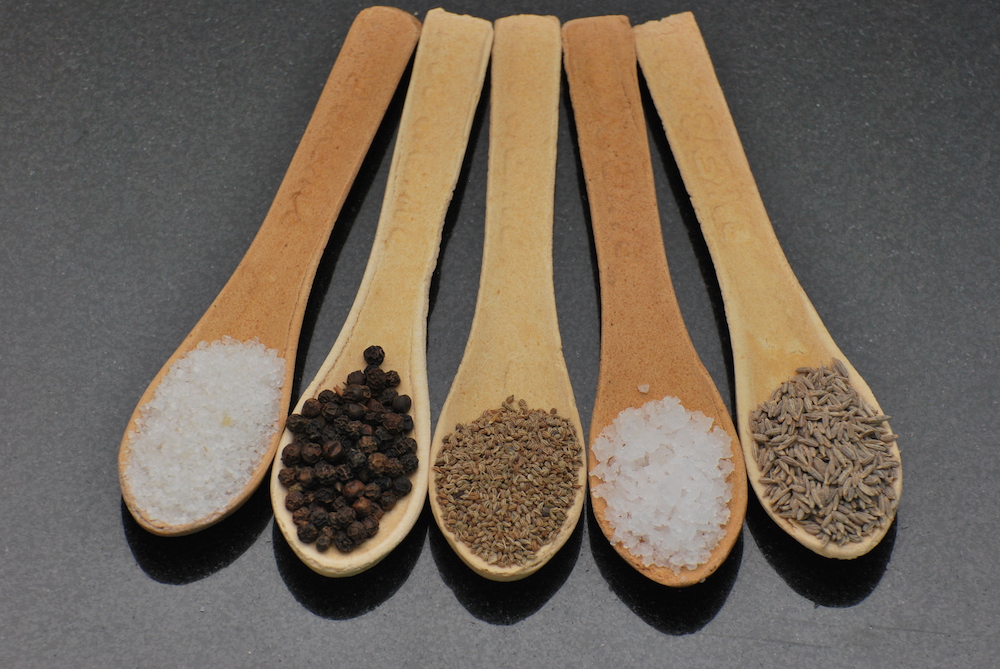 Why is your solution unique?

The product is unique because it kills two birds with one stone: it alleviates the problem of groundwater depletion, and it keeps plastic away from our food. The strategy is unique because I am working to keep the prices competitively low so that eventually, my products will be able to replace plastic disposable cutlery.

What has been your company’s proudest moment been to date?

While the product has earned kudos from all over the world, the proudest moment was when we developed the world’s first fully automatic functioning technology for commercial production of edible cutlery. We now have a system that runs 24/7, wherein the cutlery, packaging, and production involves no plastic whatsoever. All components are 100 percent biodegradable.

We hope that by interacting with our products, consumers will realize that there are actually very simple solutions to some of the most complex and vexing problems we face.

Harnessing Nature Through Biotechnology to Impact Food, Water, and Health

Harnessing Nature Through Biotechnology to Impact Food, Water, and Health