In a world in trouble, entrepreneurs are our best hope of implementing solutions to the crises facing us and bringing prosperity to our communities.

On a planet beset with recession, erosion of all major ecosystems, the climate crisis, and political instability, it is clear that governments are incapable of implementing needed solutions, large companies are committed to preserving their incumbency, and citizens too unorganized to respond effectively.

Governments are high-centered, wheels spinning pathetically in thin air. The recent UN meeting, Rio+20, was supposed to be a world summit of global leaders. Mr. Obama didn’t even bother to attend. Many government delegations “bracketed” language agreed to 20 years ago at the first Rio Earth Summit – meaning that they no longer agree to abide by even those weak commitments. Global Biodiversity Outlook 3, a periodic report from scientists around the world, made clear that many of the earth’s ecosystems are tipping into collapse i. The International Energy Agency and the Organization of Economic Cooperation and Development (traditional boosters of unlimited growth) both recently warned that the world has locked in a 2°C rise in global temperatures. If world leaders fail to implement climate protection by 2017 it will become impossible to prevent locking in a 6°C increase – a driver of climate change that is likely not survivable by life as we know it. Extreme droughts in 2012, likely to be the hottest year ever in recorded history, wiped out the Midwestern American corn crop – leading to a doubling in the cost of that food staple, exacerbating the 60 year drought that now threatens famine for 18 million people across the North of Africa.

The American-led 2008 financial collapse, and the ensuing global economic crises, now driving a Chinese slow-down ii and the austerity mania in the Euro-zone iii, have panicked markets and brought economic insecurity the world around. The Financial Times blamed the “zombie American consumer (How Zombie U.S. Consumers Menace the World Economy,” Financial Times, 16 June 2011).” Indeed buying stuff, much of it unneeded, is 70% of the American economy, still the economic engine of the world. But Americans, fearful of losing their jobs in the economic slowdown – not unreasonable given that over 8.8 million jobs were lost in the U.S., 80 million globally iv, not counting structural unemployment – aren’t spending like they “ought to.” Jobs, wages and consumer spending all hit a 30-year low in the recession. The situation in the PIIGS economies is worse: youth unemployment in such countries as Greece and Spain ranges from 25% to 50%. The International Labor Organization estimates that 80 million jobs are needed worldwide over the next decade to avoid a double dip recession v.

The world seems a deer in the headlights. Until jobs rebound, it is unlikely that consumer spending will lift the conventional economy (we’ll leave to a future post why that will have to be transformed – for now let’s fix it).

Over the past ten years, according to the Kauffman Foundation, the big companies have been net destroyers of jobs. It is only entrepreneurs and smaller companies who have been adding jobs, an average of over 3 million new jobs in their first year, while older companies lose a million jobs each year. Start-ups have been responsible for ALL net job growth in all but 7 years from 1977 till now. The top 1% of the highest growth start-ups is responsible for 10% of all new jobs vi.

Robert E. Litan, Vice President of Research and Policy at the Kauffman Foundation stated, “These findings imply that America should be thinking differently about the standard employment policy paradigm. The data from this report suggest that growth would be best boosted by supporting startup firms.”

If we want more jobs, we need more entrepreneurs. It’s that simple. And it’s not that simple.

Looking a bit more deeply at job creation, another factor driving job creation is the global need and desire for clean energy, for the green economy that will bring us sustainable manufacturing, healthy food, water that is safe to drink, and the goods and services that people really need – not, as Gandhi observed, to serve their greed.

In California, for example, the green economy has grown three times as fast as the conventional economy vii. Since 2006 jobs in renewable energy and environmental protection have grown 58.6% compared to jobs in the Internet, which grew at 29.8% viii. In the U.S. green jobs grew at 9.1%, two and a half times faster than total job growth ix.

At the same time, clean tech entrepreneurs fight vicious headwinds thrown against them by the incumbent industries. The fossil industries around the world receive over $550 billion in subsidies each year x. Every time the renewable industries begin to get a foothold, the oil, gas, coal companies cut their prices, flood the market, or otherwise beat back the startups, all while cutting jobs in their own companies.

If we want to create more entrepreneurs in this space, there are several policies that will help. Germany implemented what is called a Feed-in-Tariff (in the US called “Clean Contracts”xi). This is a national commitment to pay a fair price for any green electron that any energy entrepreneur wishes to produce. It has taken Germany well along in its commitment to become 100% renewably powered by 2050, hitting 50% of its electricity from solar in the summer of 2012 (regularly hitting 30% during the week when industry is drawing power.) It is why although California gets 70% more energy than cold, cloudy Germany, in 2011 Germany installed 28 times more solar that the Golden State did xii. And created over 500,000 new jobs xiii. (The German town Wildpoldsried does very well from this program as well, producing 321% more energy than it uses and selling the excess for $5.7 million each year xiv).

Ah, critics say, paying more for green electricity will raise everyone’s rates. Yes, it does. A Deutsche Bank study xv shows that Germans pay €2 – 3 more per month, $50 a year more, than they would have without the policy. That adds up to €8.6 billion more. Hmmm, sounds like a lot. The Deutsche Bank study also showed, however, that had Germans done nothing, just continued burning coal, they would have paid €9.4 billion more. Yes, you are going to pay more. You’ll pay less more if you have good policy (and the new jobs) than if you didn’t. President Clinton estimates that if the U.S had such a policy it would create 2.5 million new jobs xvi.

Similarly, in California’s wine country, Sonoma County implemented what is called PACE financing xvii. The County created a fund from which citizens and small businesses could borrow to implement energy efficiency and install renewable energy. And they did. In the first none months of 2009, right in the teeth of the recession, construction jobs in Sonoma rose 8.4%. In neighboring Napa, which did not have PACE financing, jobs declined 3% (as they did for the Bay area as a whole).

China is proposing to create 9.5 million jobs over next five years by spending 5.8 trillion yuan ($911 billion) on energy efficiency and renewable energy implementation. China’s Minister of Environment, Zhou Shengxian, estimates that this would create 10.6 million new jobs, add 8 trillion yuan to the GDP, and generate 1.4 trillion yuan in energy savings. “The ultimate purpose is to achieve harmonious coexistence between man and nature, environment and economy and man and society,” Zhou stated. There would be trade-off’s: 950,000 jobs lost in old industries and 100 billion in lost output xviii. That seems a deal worth making.

We know how to create jobs. Put in place good policy and unleash the entrepreneurial spirit.

And it’s still not quite that simple.

Most new companies fail – Only one in twelve start-ups succeed. For very well understood reasons xix.

That’s where accelerators come in. The Unreasonable Institute, Tech Stars, Y-Combinator, the Green Start-up (I am writing from the Toronto Airport about to board a flight to Santiago, Chile to keynote the Green Start-up), and an increasing number of other groups now provide the critical mentoring that entrepreneurs need to be the job-creation engine that the world needs.

But there are far too few. There needs to be an Unreasonable Institute in every community across the United States. Across the world.

So on my return from Chile, I’ll be writing a proposal for the White House to do just that: to open Unreasonable Institutes across the country.

That’s OK. The idea grew out of conversations Teju and I had this time last summer. The difference is I’m talking about it; he’s doing it.

It’s why I am honored to be an Unreasonable Mentor.

What would it take for you to become an entrepreneur?

Update: When I wrote the article there were more than 40 separate studies from essentially all the big management consulting hours, Harvard, and MIT Sloan showing that the companies that are the leaders in environment, social and good governance policies are outperforming their less sustainable competitors. When those wild-eyed environmentalists at Goldman Sachs show that the sustainability leaders have 25% higher stock value, there’s a business case for sustainability. And everything we’re doing is not enough. There are now 47 such studies, and more emerging every day. The argument is over: sustainability is better for business.

At the same time, we can’t afford to wait any longer. In May 2013, the concentration of CO2 in the atmosphere passed the 400 parts per million mark, the arctic ice is melting at an accelerating rate, and the latest science shows great gouts of methane gas (dozens of times worse as a driver of global warming than CO2) pouring from seeps thousands of meters wide in the melting Russian permafrost. Why give a damn? Because this is humanity’s final exam. Even now, six months after I wrote this piece, governments remain gridlocked. It’s entrepreneurs or no one. Center for American Progress’s new report details how a commitment to entrepreneur a clean economy would create 300 million new jobs. What are we waiting for? 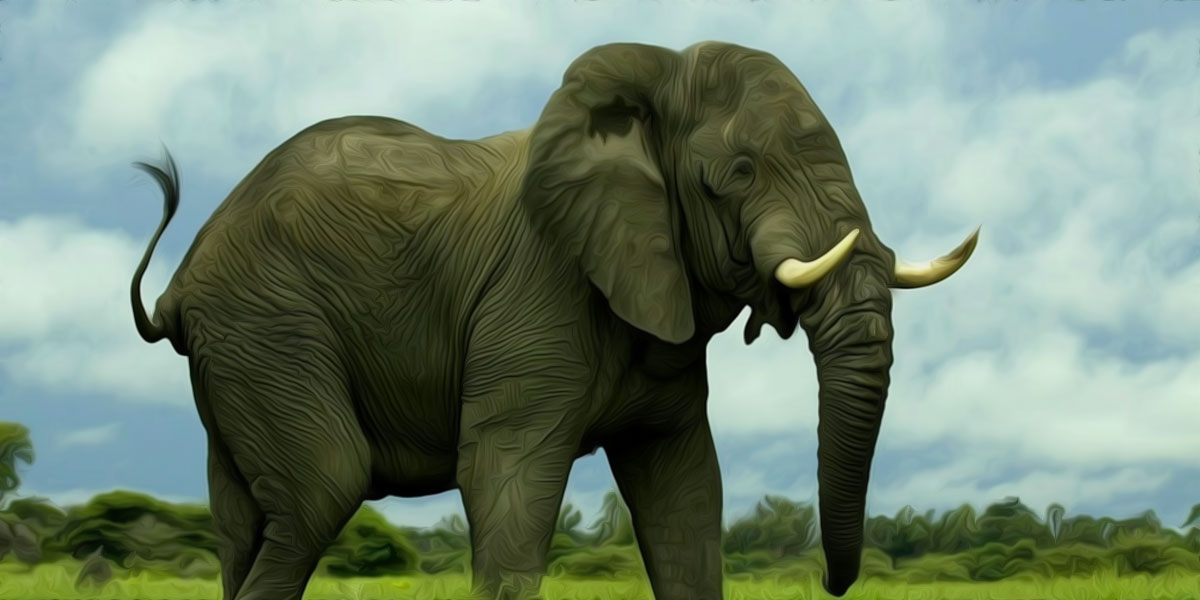