Tired of spending trillions of dollars on poverty and getting nowhere? Here’s a chance to learn from one of the most resourceful business men around, who happens to be solving poverty along his way.

The author of this post, Cheryl Heller, designs change and growth for business leaders and social entrepreneurs. She is Founding Chair of MFA Design for Social Innovation at SVA.

In an article I just finished for How Magazine on the future of design, I used Paul Polak as a case for why generalists are so important to the world right now. I said, “For example, it would be easy to think of global development pioneer Paul Polak as an expert in alleviating poverty, but he has been successful at that because he’s also a shrink, an inventor, an entrepreneur, a writer, a researcher and a self-made engineer. Polak is a generalist of the highest order.”

For anyone in our world of social innovation who doesn’t know about Paul (which is acceptable only if you recently landed from Pluto), he is the founder of IDE, author of Out of Poverty, creator of “Design for the other 90%”, content provider to the course at Stanford on “Ruthless Affordability”, inspiration to social entrepreneurs and development people everywhere, hero to the over 3,000 poor people he has met and spent time with, and the root cause of 20 million people’s transition from poverty to the middle class.

I have known Paul for years, through the evolution of many of the above accomplishments. Which is why it surprised me to realize when we spent a few days together at the Unreasonable Institute recently that Paul has not been working on poverty for all these years at all. He’s just a business junkie who saw a big marketing opportunity where nobody else recognized it. He has a good businessman’s resourcefulness and relentless drive to make things profitable for everyone. And moreover, he just may be the world’s most practical man. 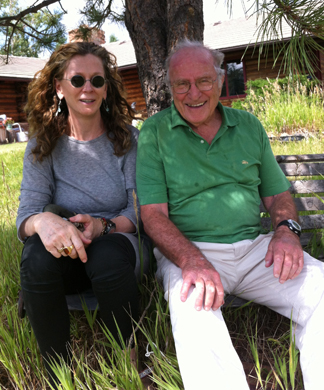 Lots of people come up with theories, write papers and books about them, build arguments in their defense to better attack other theories, and sometimes get celebrities to give their frameworks a lot of glitz, if not gravitas.

Others, like Paul, first act where they see a need, and make decisions based on what makes sense to them. Oftentimes, they are so busy acting that they don’t take the time to stop and figure out what new theory they have been acting out. Sometimes, they have to look back at where they’ve been to figure out where they’re going. This is to say that what’s now becoming clear to Paul, at the youthful age of 78, is what he’s been doing all along.

When you talk to Paul it takes about 15 seconds for him to dive into the pragmatic details of his six or so latest business ventures. It’s easy at first to be overwhelmed with detail, but if you stay with it, you realize that he has taken practicality and common sense to a blazing edge. In a very different context, it’s what I imagine it must have been like to talk to Sam Walton in the early days of Wal-Mart – someone for whom sweating the details and making every little thing work was the enormity of the idea. When Paul talks about poor people, he can floor you with self-evident truths so practical, and from a point of view so knowing, experienced and clear-eyed that it becomes a wholly new way of seeing. This is important because when your target audience is every one of the 2.6 billion people in the world who live on $2 a day, you have to keep your eyes open, and work, as they say in business, with very tight margins.

To recast Paul’s approach to ending poverty through the new lens of “Paul’s just a damn good businessman and here’s how he’s done business in places where there was none”, these are Paul’s theories, proven by a lifetime of action and results:

Typically, businesses don’t like poverty, they see nothing in it for them, and they’ve been right. From a business standpoint, poverty has been a lousy investment: trillions of dollars spent, a temporary dent made. Most of what has been tried hasn’t worked.

There is no question that selling products to people who make $2 a day is a hard way to make a buck. But Paul is setting out to prove that when you know what you’re doing, there’s a multi-trillion dollar marketplace 1 waiting to be had – you just have to turn marketing on its head to see it.

Paul is a marketer of the most creative kind, commissioning Bollywood films to screen on the sides of trucks, going door-to-door with demos showing people the bacteria in their own drinking water – scaring them into buying pure water. And not least, understanding that an aspirational brand – part of every one of his businesses – plays the same role with poor people that it does with the fashionistas of the world.

2. Go for the market disruptors – in poverty as in business.

When looking to create systemic transformation, identify the keystone, transformational products or services. They have a cascading effect, creating ripples of change and growth in other areas. For example, the chain reaction of Paul’s torrefaction business: Raise $10k to put up a torrefaction plant in a village, which creates products worth $600 a day, $180k a year. The plant represents jobs for four people, small-acre farmers who have money where there was none before. There are jobs as well for the people who pull, chop and pile the mesquite that’s burned, dry and deliver it to the plant – 7 jobs for every village. This creates a wealthy enterprise, and prestige for the town, which attracts more business. The torrefaction plant makes energy cheaper, helps all the businesses that use it to reduce costs, raise profits and positively impacts climate change. All that transformation for a $10k investment.

Everyone who sells anything knows that you need to put yourself where your customers are. Sometimes that’s on a high-traffic street or mall, sometimes it’s a place that’s easy to find on the internet.

To do business where Paul is doing it, the principle is equally inviolate, but the locations are wild. For example, for SpringHealth, the water purification business now rolling out in India, kirana shops double as purification centers, adding clean water to the toothpaste, biscuits and candy they typically sell. These humble kiosks in rural villages don’t look like prime real estate for a big new product launch, but they are centrally located, and they add up; there are anywhere from 6 to 9 million of them.

And it goes further, not just to the last mile, but the last 500 feet. Deliverymen go door to door with water on the back of motorcycles, and additional products are being developed to take advantage of that prime location on the back of the bike.

4. Never take your eye off the bottom line.

Whether you’re dealing with millions or pennies, the discipline is the same, the numbers have to add up, the model has to make sense. There are no exceptions. Even though the numbers are small, it doesn’t mean there aren’t places to find inefficiencies and make a profit.

Again in the torrefaction business, by shortening the collection radius of biomass from 50 kilometers to 4 kilometers and switching from big machines to carts or tractors, a 40% reduction in cost is the basis of what can become a huge business.

It scales well beyond the village. When people move from $2 a day to $3 or 4, they become consumers; that makes a huge impact on the global economy.
They start to pay taxes, they have smaller families. Raising the income level of farmers has been proven to raise the economies of entire countries, like China, South Korea and Taiwan.

5. Think huge, and don’t be a victim of your emotions.

Paul’s rule is that a business has to have the potential to reach 100 million people and generate at least $10 billion in sales in order to be worthwhile. Seeing that potential will make it real.

While passion and empathy draw people to help others they are anything but the secret to success. Hard-headed business strategy will go much further to change lives. Caring deeply about helping people should spur pragmatism, not romanticism.

1 From Paul’s upcoming book: “the poor countries that comprise the Global South generate $12 trillion, or nearly one-fifth (18 percent) of the world’s total economic output. And every year, according to the Financial Times, approximately $1 trillion more is invested in emerging economies (including the four biggest ones).”

Put your idea to Paul’s test. How many people can it potentially impact? Is it a good business idea that can be sustained? Do you have a transformational product or service that will start a chain reaction to affect the world? No you say? Then toss it and start over.

Update: We want to begin an initiative to codify Paul Polak’s work so that it can be adapted to other places and innovators. If I knew how much time it would take to find funding, I would have asked our Unreasonable community for advice. For anyone interested, we’re happy to send details.

One Simple Trick to Creativity: Constrain Yourself

One Simple Trick to Creativity: Constrain Yourself