How We Instigate Creativity and Teamwork

Have you ever stayed after a movie to see the hundreds or thousands of names scroll by in the closing credits? It takes massive teams—3,310 crew members on Iron Man 3—to develop and execute the vision of a producer or director in film. Because the creative lead sets the vision, these team structures are normally seen as hierarchical in nature, but the key to good filmmaking is to empower crew members and instigate creativity to make an effective team. 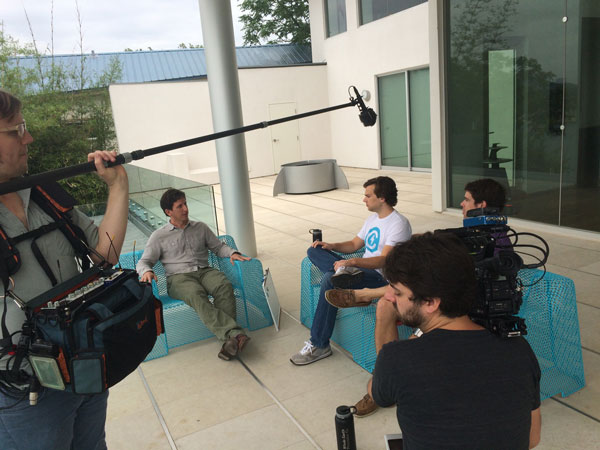 From interviewing hundreds of entrepreneurs, mentors, and thought leaders in the far reaches of the globe, to producing videos on a ship from a tiny media shack we dubbed the “vomit closet,” the team at Unreasonable Media has enjoyed a front-row seat to master courses full of the most inspiring ideas and business ideologies. From these experiences, we’ve learned a couple key insights on set and in the field while producing creative projects that we hope can translate to teamwork in any business environment.

1. Set the tone early—small things matter to the culture.

The key to good filmmaking is to empower crew members and instigate creativity to make an effective team. Tweet This Quote

Tardiness, cleanliness, and establishing what quality work looks like is crucial at the early stages of a production. Left undone, these things can easily bite back—and at some of the most inconvenient times. With our team, if you show up late with a coffee in your hand,  you have to buy the whole crew coffee the next day.

On any given shoot day there are hundreds of small problems that can arise, and if every one of these micro problems were to be solved by the creative lead, this would lead to a disaster on set and ultimately on screen. So at the beginning of each shoot we clarify the final end result everyone is working towards and set a culture in which everyone feels empowered to solve small problems. That way the overarching creative and logistical decisions can be left to the creative leads. 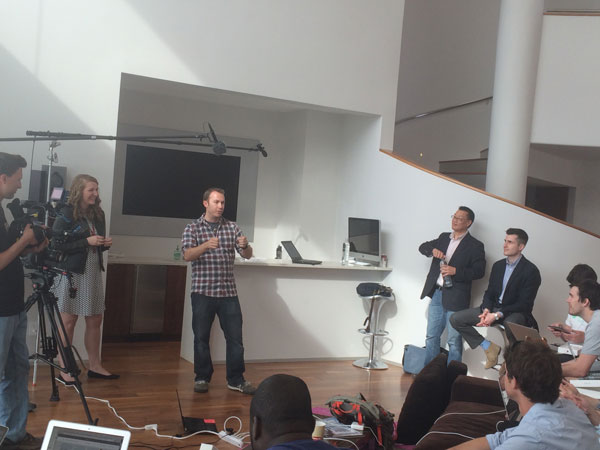 On a recent shoot, one of our sound recordists decided to put down his sound gear and go beyond his pay and duty to help the team fix the set. Because we created an inclusive environment at the beginning of the week, he knew the story we were trying to film and the overall scope of the project. If we hadn’t shared the vision, he wouldn’t have known that this seemingly small problem was a big priority—the producer and director would have been racing to wrangle the crew to help instead of focusing on the bigger picture.

3. Show your team members their value.

The small things make a big difference. We make sure that on every shoot that we budget for a wrap celebration at the end of long days and a final wrap party at the end of the project. Why? It shows that we value the work we do and we value the people that make it happen.

4. Open the lines of communication.

The best creative ideas can come from anywhere, but you won’t be receptive to them if you set the wrong environment. Be mindful and intentional about the hierarchical situations you create.

Removing hierarchical bottlenecks, egos, and feelings of worthlessness is essential to harnessing the full creative potential of your crew. Tweet This Quote

Before each project, we make it a priority to bond with the team—especially new members—and lay everything out on the table about how we envision our film set will run. This makes the director and producer less intimidating and creates transparency. Removing hierarchical bottlenecks, egos and feelings of worthlessness is essential to harnessing the full creative potential of your crew.

The film set can get intense, so when it comes to hiring for certain projects, put personality and attitude slightly over talent. If we can have a beer and a laugh with a potential hire at the end of a stressful work day, they’re usually right for the job. 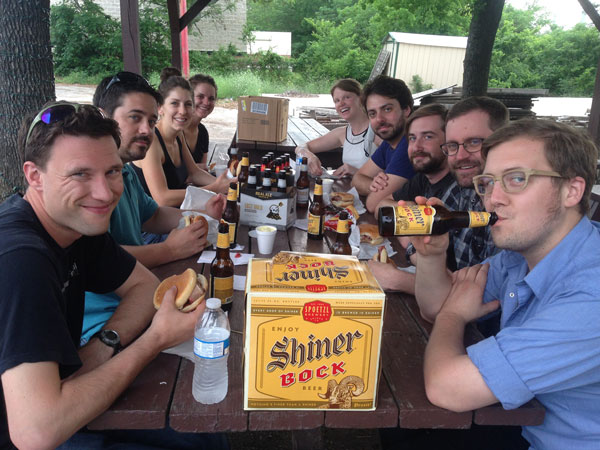 While a film set and an office workplace may seem like two very different environments, the pursuit of building an environment that stimulates a creative team is very similar. Both environments seek to fuel a collective power toward the realization of a vision—whether it’s producing an award-winning film or achieving an organization’s mission. How do you structure creative environments for teams in your company?

Funding Checklists: What Renewal Funds Looks For in Startups

Funding Checklists: What Renewal Funds Looks For in Startups

Mark is Co-Founder and Chief Creative Officer of Unreasonable Media, a production agency dedicated to leveraging the power of stories to shift paradigms and solve problems.