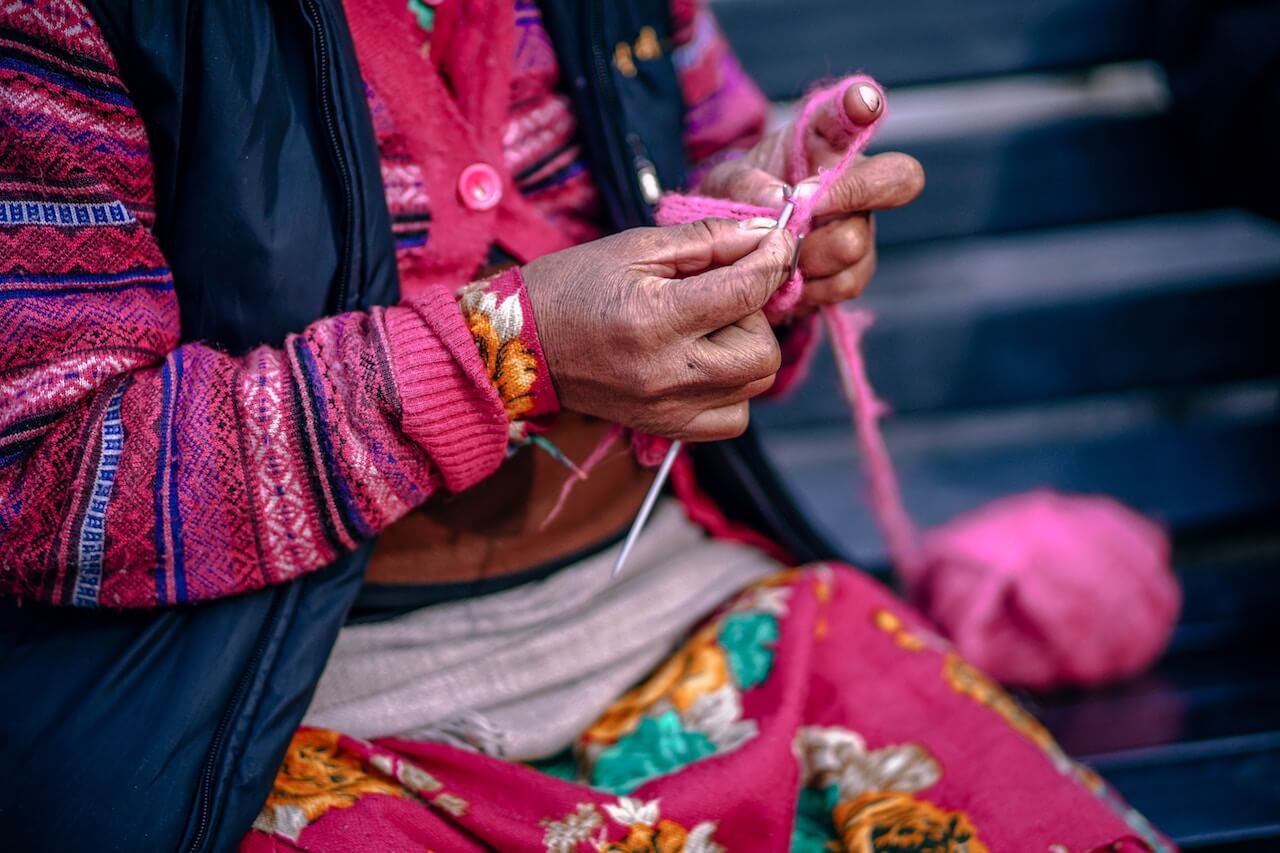 Giving a Voice to Indigenous Women Artisans: Q&A with Voz

The artisan industry is the largest employer of women in the world, yet many indigenous artisans struggle to sell their goods at a fair price — or at all — due to the saturation of knockoffs in the market.

After traveling through the Peruvian Andes and interviewing thousands of artisans about the challenges posed by mass economies, Jasmine Aarons founded Voz, a stunning ethical luxury fashion company that celebrates the culture and vision of rural indigenous craftswomen. The company provides resources, design leadership, and training to its artisan partners, empowering women economically, creatively, and culturally by enabling them to sell their goods in the global market at competitive prices. 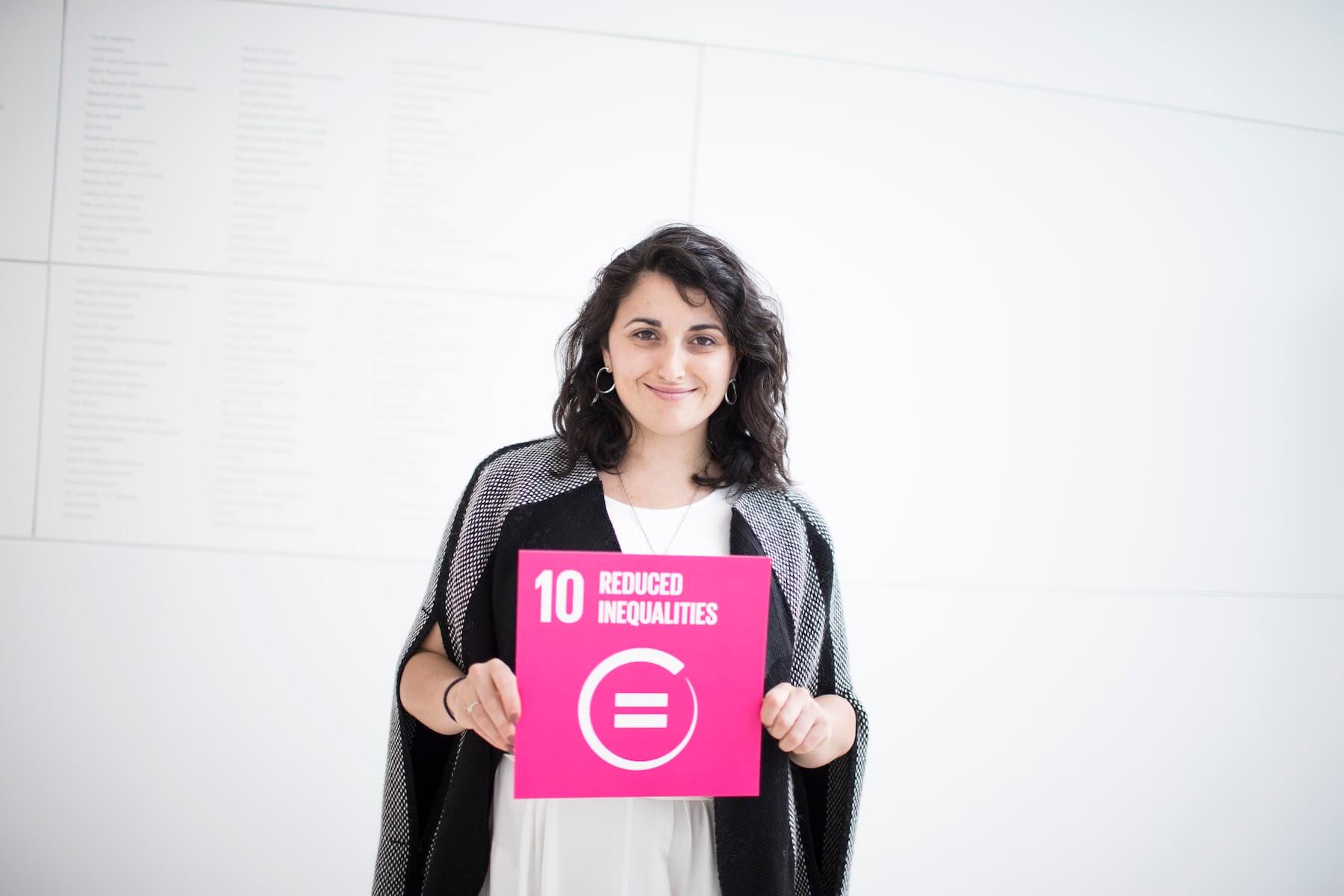 Voz works primarily with Mapuche artisans in Temuco, Chile, but has scaled to collaborate with Puno artisans in Peru, and Tangail weavers in India. Read on for the full Q&A below:

What does Voz exist to do?

JA: We are trying to bridge talent and demand through a collaborative, respectful process that elevates traditional craftwork to modern, high-luxury markets through material choice, through market access, and through marketing support.

Why have you chosen to collaborate with traditional craftworkers?

JA: Traditional craftwork, specifically textiles, is the pre-written-word word of any culture. It’s the scripture, the symbols, the plants that are used. The mythology that is woven into these pieces tells the story and history of every single culture. To celebrate the bearers of this cultural knowledge — the weavers themselves, the artisans — and to enable them to create exquisite renditions of their work is our fundamental mission as a design intermediary. We want them to make a living by preserving their culture in a globalized context. 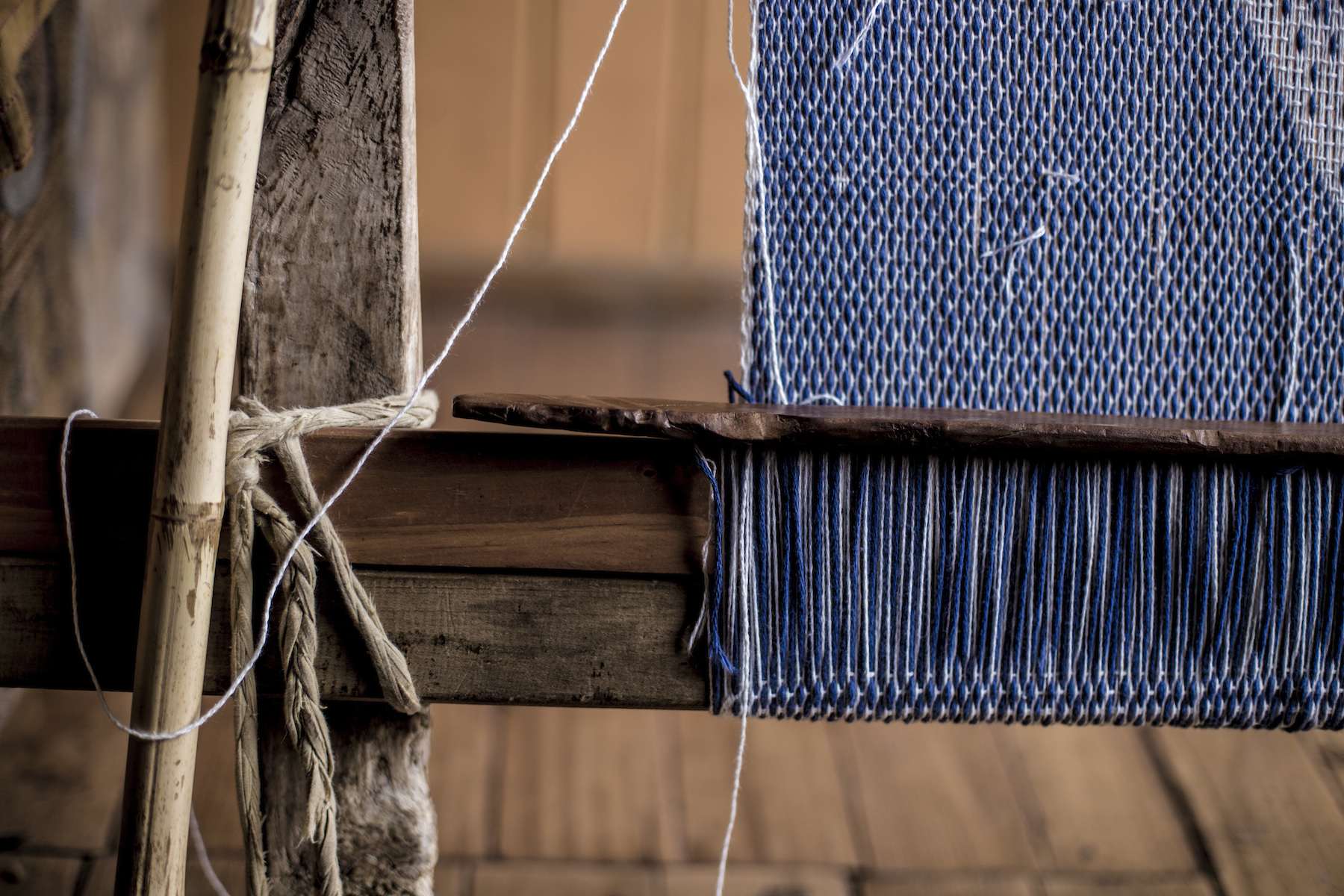 Why are you passionate about that mission? Why does this work matter to you?

JA: As a designer and artist, I am deeply dedicated to supporting communities of artisans and artists that are protecting and upholding indigenous wisdom and knowledge. This is extremely important because right now indigenous artists and communities are struggling to maintain that knowledge and to pass it on to their children in light of the challenge posed by knockoffs, mass production, and globalized economies.

How does Voz enable indigenous communities to combat the negative impacts of globalization and mass economies?

JA: First of all, we recognize that in order to help an artisan’s extraordinary talent and skill stand out from a crowded marketplace, it can help to introduce them to the concept of product design and innovation on form and fit. We also need to give them a competitive edge by importing luxury materials they can use in their garments, and by photographing and documenting those products in a professional way that will resound internationally with buying customers. 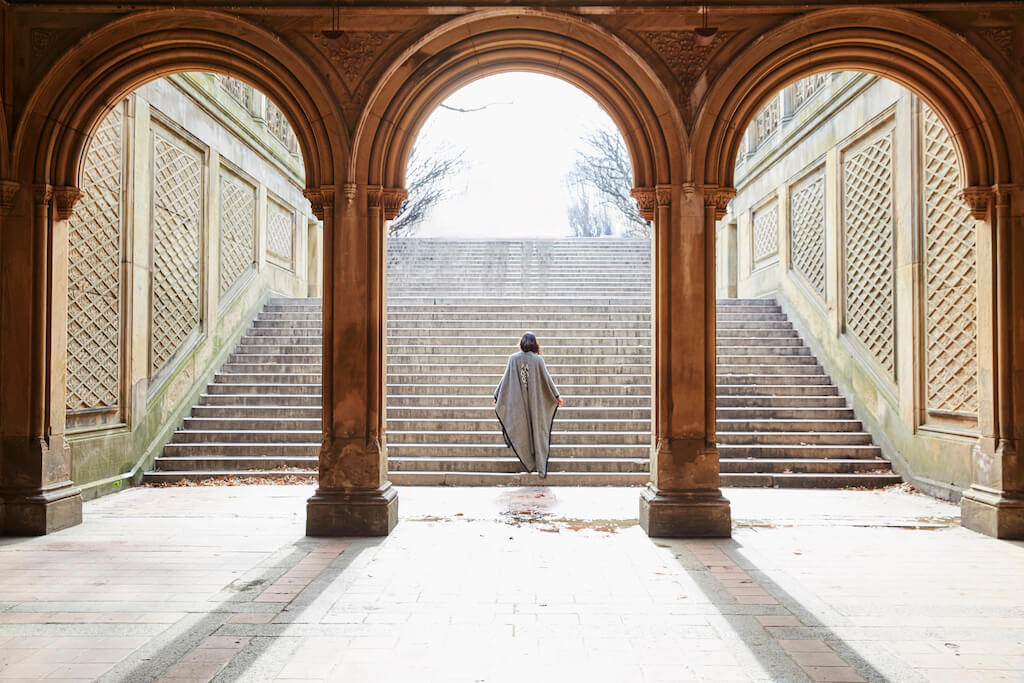 What does the name “Voz” mean in the context of what you do?

JA: Voz means “voice.” It is named as such to give a voice to indigenous women artisans who want to learn and grow and to be able to develop their own economy and well-being of their family. Because of that, I have seen, over the last six years, the most phenomenal women come to the door. People who have been prohibited from formal educations, people who have never had bank accounts, people who are nervous about signing contracts. I have watched as slowly and gently, they come to the table and sign their first contracts after negotiating them over six months.

I’ve seen them create a form of ethical and healthy work that defines their values and their desires, and really grow into leaders in their communities through new self-esteem in a way that has been unbelievably transformational.

Where does the shift in self-esteem originate?

JA: It’s really catalyzed by the creative process, and by the designs themselves. When we first began, the women would tear up their drawings and throw them away and say, ”Oh, my ideas don’t matter!” I had to tell them that “No, no, no! They do!”

I’d get the drawings out of the trash, and I’d uncrinkle them. I’d say, “Maybe this is a stick figure, but don’t you see what a valuable idea this is?” I think that that cultural exchange has brought so many of all of us a deeply enriched experience, in terms of the way we approach our work and our lives. 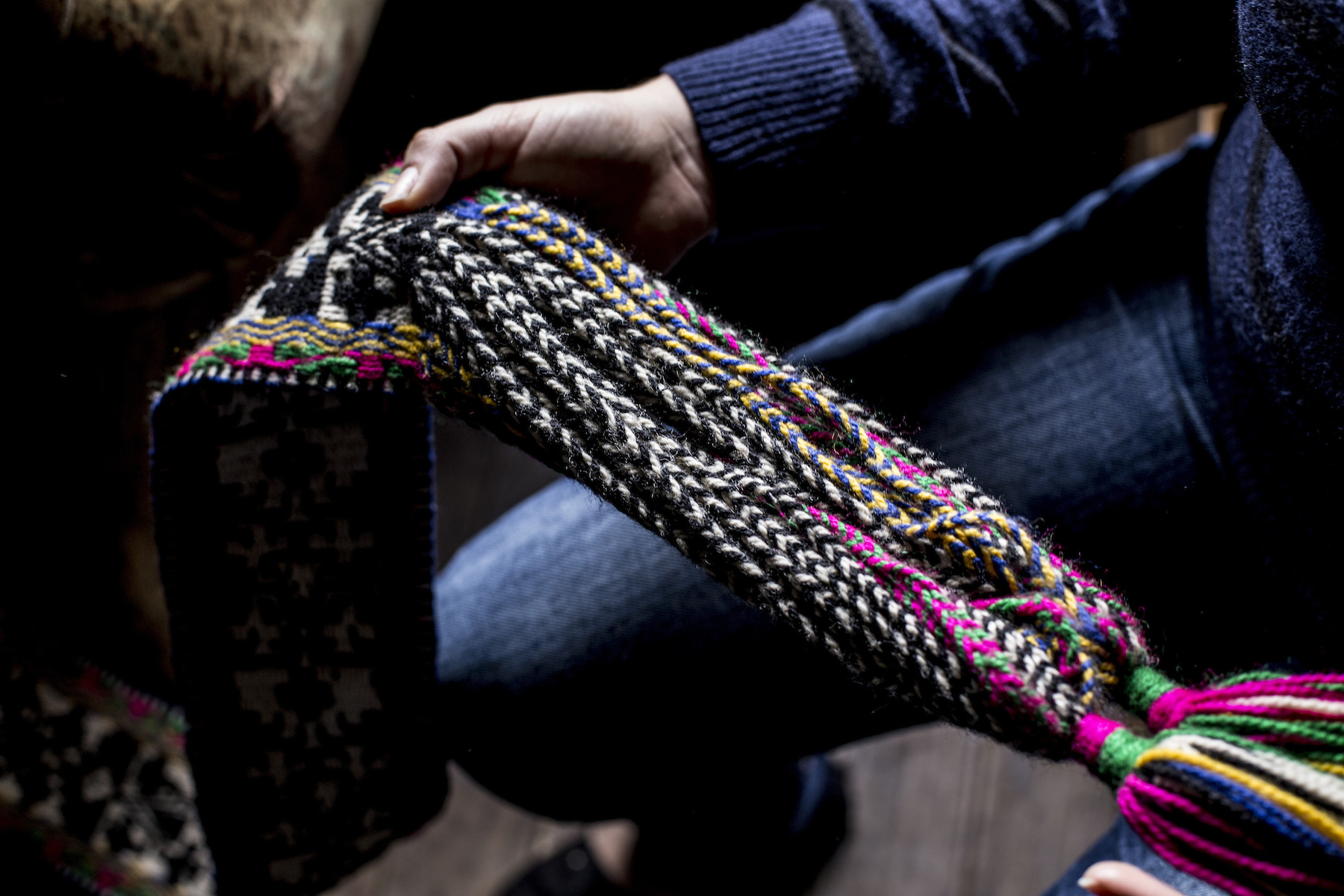 Is there any one story that stands out to you about how you’ve seen Voz impact the life of an artisan?

JA: One of the first co-founding artisan directors told me just last week that, per my suggestion, she had gone to represent our company as a woman leader of Chile at an entrepreneurial encuentro, which is like a gathering, under the B Corps Foundation. It was her first time going to the large city capital, even though she was in her forties. She went with her daughter.

It was the first time she had taken the bus. It was the first time she’d sat in a room full of high-powered executives in her life. She told me that it was the most new experience she’d ever had, being surrounded by high-powered, fast-talking, professional women, who stopped literally everything they were doing to listen to her and to congratulate her for her hard work as a weaver and as an indigenous woman, in a country that is still coming to terms with respect for the original cultures.

It was a moment in which both she and her daughter shared how they were able to educate her daughter through the textiles they created with us, with Voz, and reach new levels of creative expression and professional grasp. Now, she’s leading our production system and our quality control. She even started crying on the phone, saying, “I would have never imagined, as a weaver, that the director of our central bank would stop everything that she was doing, humbly, to tell me how much my experience as a weaver affected her, and how important it was to the women of Chile.”

I think that through the work, through the respect, and through the value of shared creativity and shared productivity that every woman who is involved is invited to fully express and realize her self-worth. 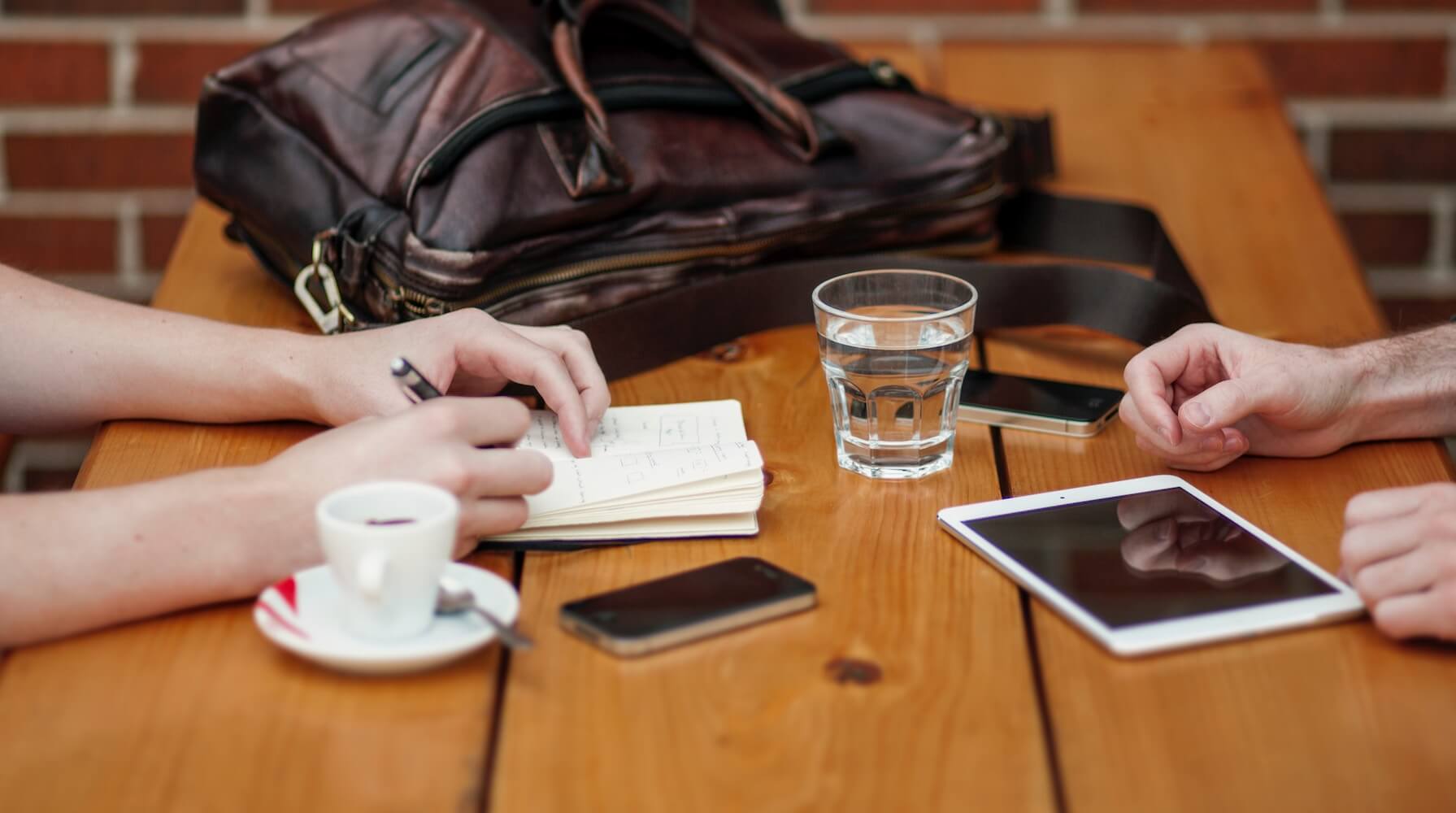 How to Have an Honest, Effective One-on-One Meeting With an Employee

How to Have an Honest, Effective One-on-One Meeting With an Employee