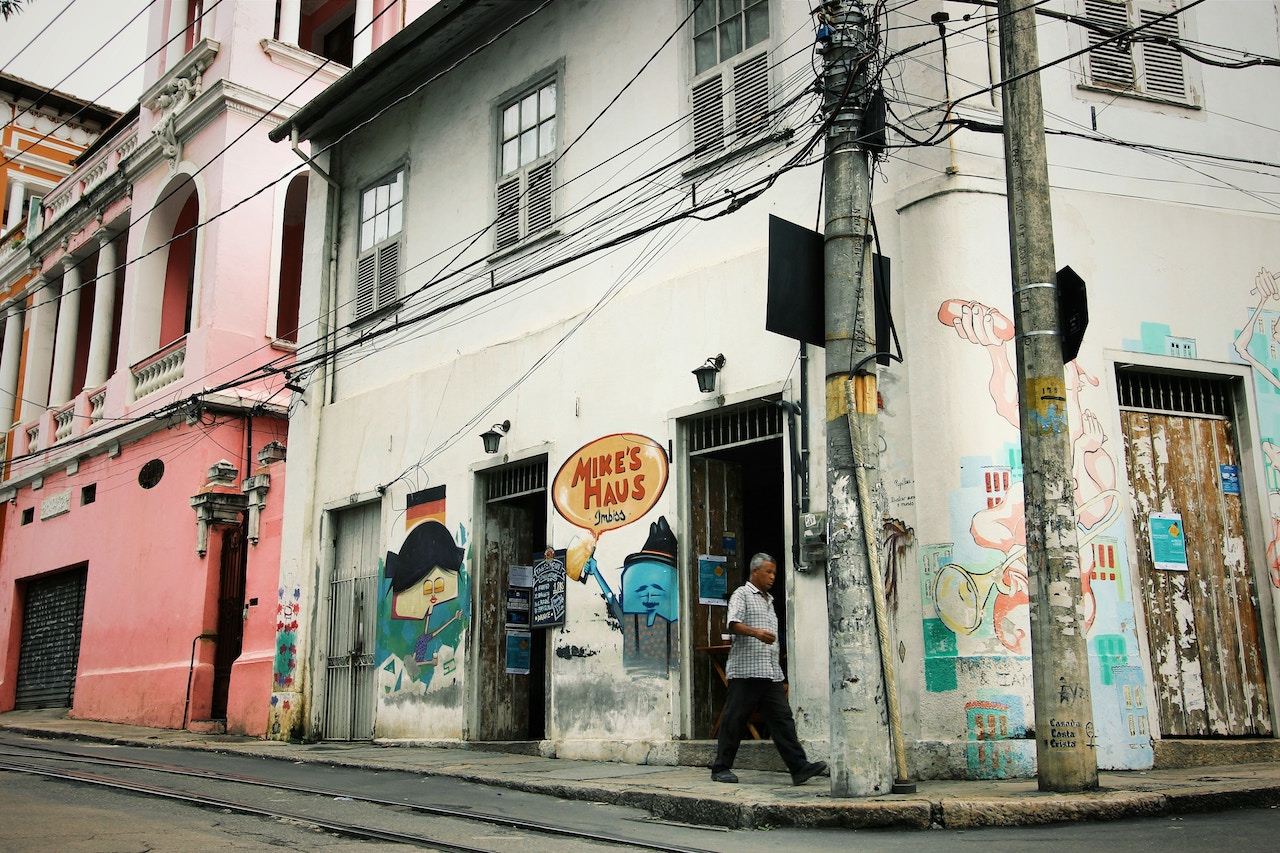 A Government Solution for the People, By the People: Q&A with Colab

This post is part of a series profiling 17 ventures who participated in the first-ever accelerator dedicated to leveraging market forces and public-private partnerships to achieve the 17 Sustainable Development Goals by 2030. The following company represented Goal 16: peace, justice, and strong institutions.

hen Gustavo Maia speaks about co-founding the revolutionary civics engagement platform Colab, he references a photograph of Brazilian citizens lighting a fire inside of their own Congress. His is a nation accustomed to crescendos of civil unrest, the result of many millions of voices going unheard for too long.

But what if there were a way to make the government listen to the voices of the governed? How many problems could be solved, how much progress made, how many conflicts averted? 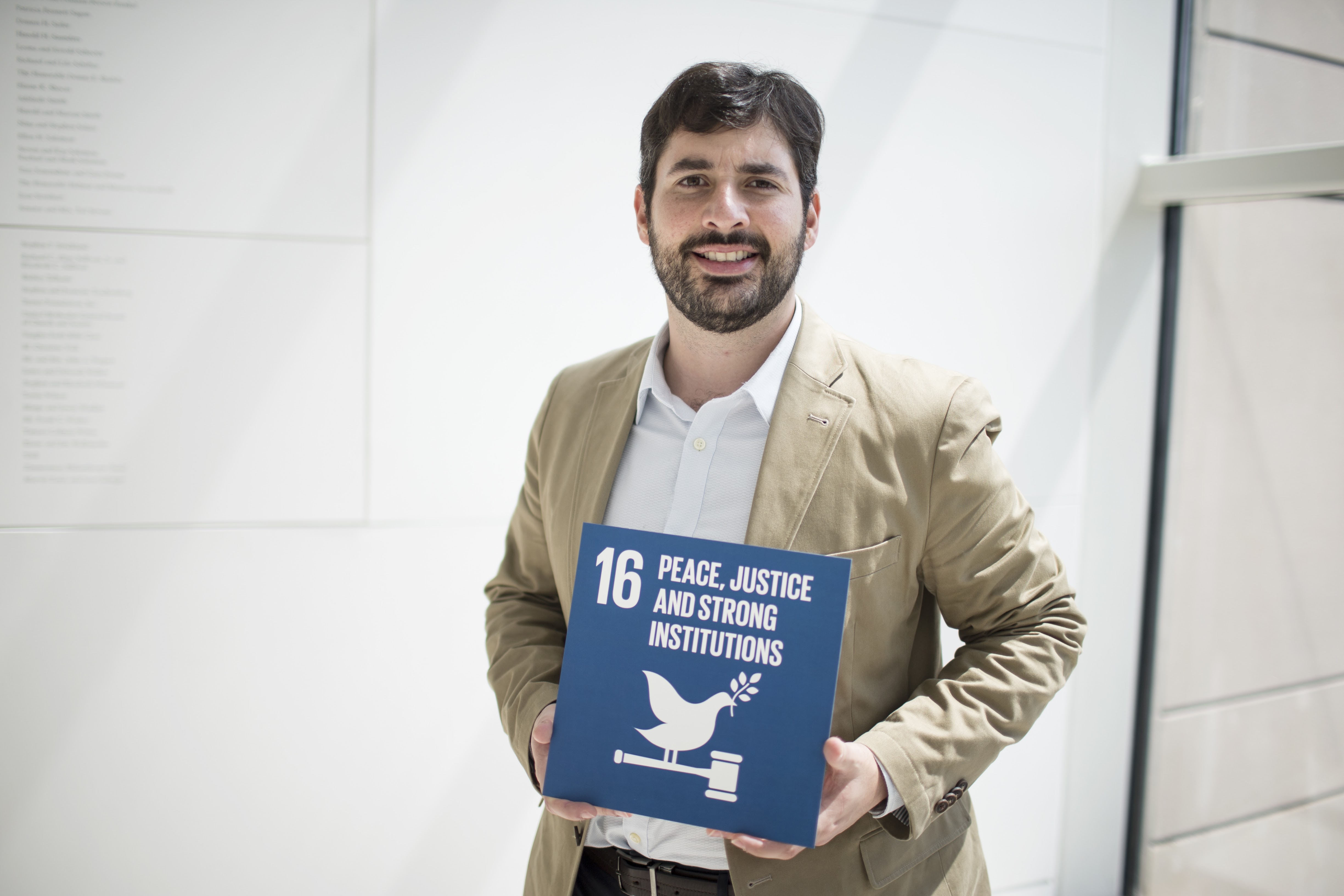 Gustavo Maia of Colab during the Unreasonable Global Summit on Thursday, July 13, 2017 at the United States Institute for Peace in Washington, D.C.

Maia and his team created Colab to bridge the ever-widening chasm between citizens and governments, and to give people a say in their cities’ decision-making processes. Colab’s solution is astoundingly simple: use a social network to enforce greater transparency in city management and to empower citizens to interact directly with their government. When users observe a problem in their city, they can photograph it, tag the location, post to the platform, and wait for the municipality to respond. All posts are public, so municipalities can therefore be held accountable for any issues that go unresolved.

As it turns out, social pressure works. In the 2,000 cities across Brazil that use the app, more than 90 percent of the problems posted by users have been fixed. In 2013, Colab was declared the best urban app in the world. Finally, a solution for the people, by the people.

Read on for the full Q&A with Gustavo Maia:

Why is connecting people to government important to you?

GM: I feel passionate about it because there are so many people trying to make it harder, and there are so many layers that come into play. You have the mayor, the governor, the local politicians, and every different kind of citizen. If you see a problem that you want resolved, it takes forever to try to work through all these different layers. But if we can connect people directly to a single player, it becomes so much easier to communicate and work together.

We have a major lack of trust in the governments that run our society, but we need them to work with us. If we can bridge that gap and rebuild that trust, we can actually get things done.

How do you build that trust?

GM: Colab encourages transparency in the government’s behavior — that’s what we push for. It’s a social platform, and the government has to interact with it like everybody else from civil society. They cannot erase something, they cannot do things that governments sometimes do that undermine the trust of the people. Everybody can see what everybody else posts, and everyone can see if the municipality is solving the problems or not. We create a lot of accountability where it didn’t exist, and with this social control we push the government to work a little bit better every time.

How does Colab work?

GM: Colab is a social network that looks just like other social networks, but you use it to report issues you observe in your city and bring it to the attention of the government. So you can take a picture of a pothole or broken streetlight, enter the location, and post to the app. Everyone in your city can see the post, and it goes to a platform for the municipality to review, delegate, and start solving. 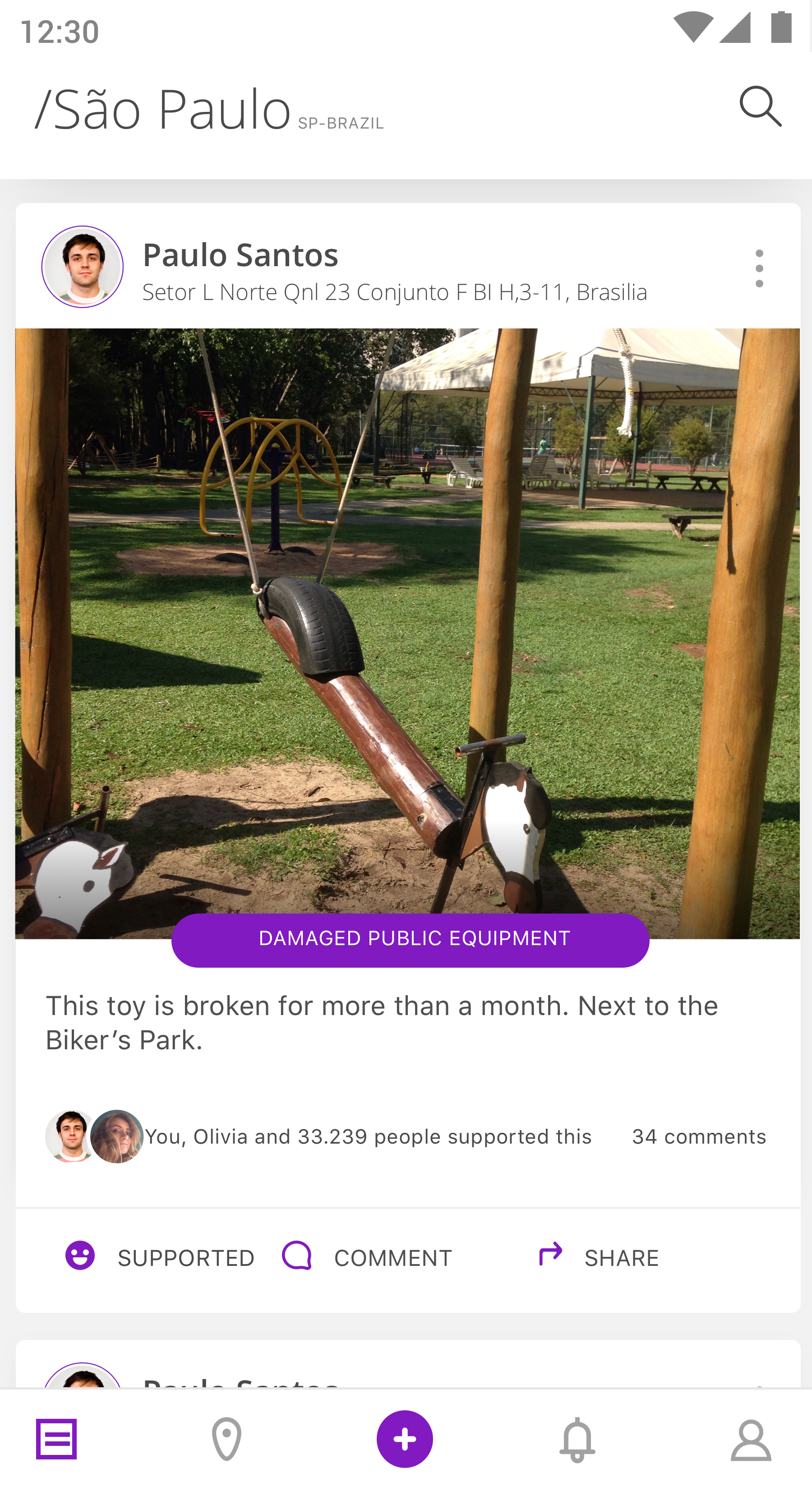 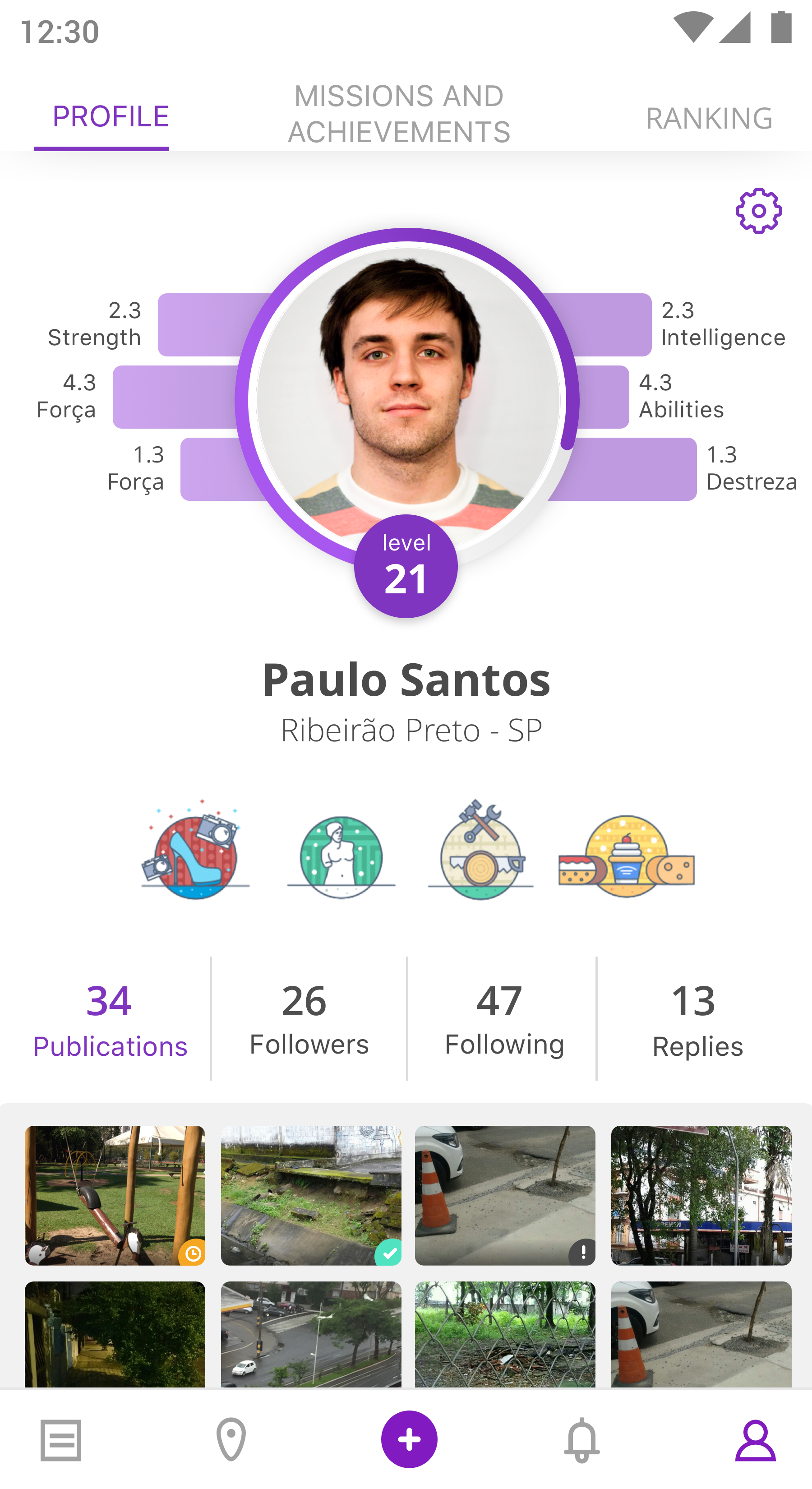 At the same time, in the same platform, you have the municipality asking you about participatory budgeting, for example. Asking you to decide how to allocate funds for certain schools, or which band should play a city concert. We also bring in state and federal governments, not just municipalities. So if a congressman is going to vote next week on a project, he or she can ask people how they should vote, and receive direct feedback about what people want.

GM: I just want to make the world better. I think that by working with governments, you have a much greater ability to scale up. I really don’t like to think that we could run the world without governments. We need them. And if we need the government, let’s find a way to make it work better. If I can help governments to work with people, with a lot of people, we can begin to solve problems more effectively, more quickly, on a huge scale. That would be great.

How have you seen Colab affect the lives of citizens in Brazil?

GM: There are a ton of amazing stories about how the platform has impacted people. In Teresina, a state capital in Brazil with about a million people, it’s very difficult to solve problems. If you live in a poor neighborhood, you would probably try to talk to a community leader, who talks to a councilman, who talks to a secretary at the municipality, who brings the issue to a management team. It’s far too complicated, and easily corrupted, with councilmen trying to get money from community leaders. 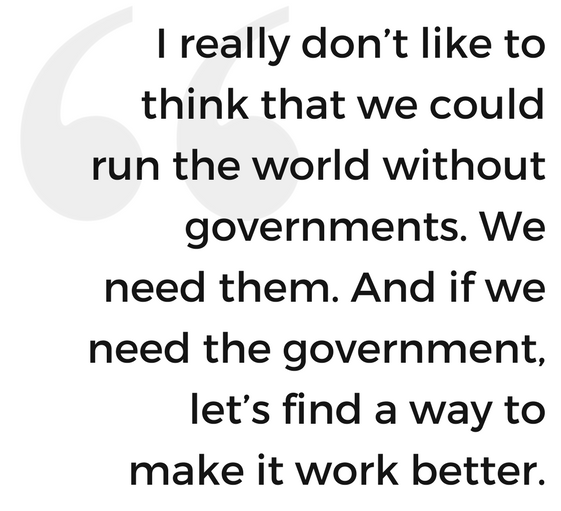 There was a woman in Teresina named Maria who tried for two years to communicate with the local government about trash that was routinely dumped in front of her home. She could never reach anybody. Finally, she asked her son to use Colab to report the issue, and within 10 days, it was resolved.

We approached the municipality and asked why they didn’t fix it sooner, and they said that they had no idea there was a problem — it had never been gotten through. So every time that poor people want to address a problem in their community, their voices get lost in this gap. We are just trying to build a bridge for them.