How This Startup Accelerator is Changing the Ratio

At 10:00 a.m. on a Thursday, April 21, 2016, the Boulder Theater buzzed with spirited conversation, as if everyone was simultaneously bumping into their neighbors as they inched down the aisles. The place was packed. Parting the bustling crowd, a band of drummers descended from the lobby toward the stage, nudging attendees to their seats and signaling the start of the MergeLane 2016 Demo Day.

It didn’t take long to realize this wasn’t your typical startup pitch event.

Based in Boulder, Colorado, MergeLane is a startup accelerator and fund that targets companies with at least one woman in leadership. They find promising high-growth startups from around the world and run a 12-week accelerator program, providing mentorship, executive coaching and investor connections. At the end of the program, MergeLane hosts a “Demo Day” pitch event to showcase the companies.

After a brief welcome, MergeLane co-founder and CEO, Sue Heilbronner, introduced poet Azure Antoinette, who delivered a rousing ode to the entrepreneur. Verses like, “Put away your insecurities because they were placed on you by people who were never taught about the span of their own wings,” inspired sighs, smiles and nods from many in the crowd who empathized. 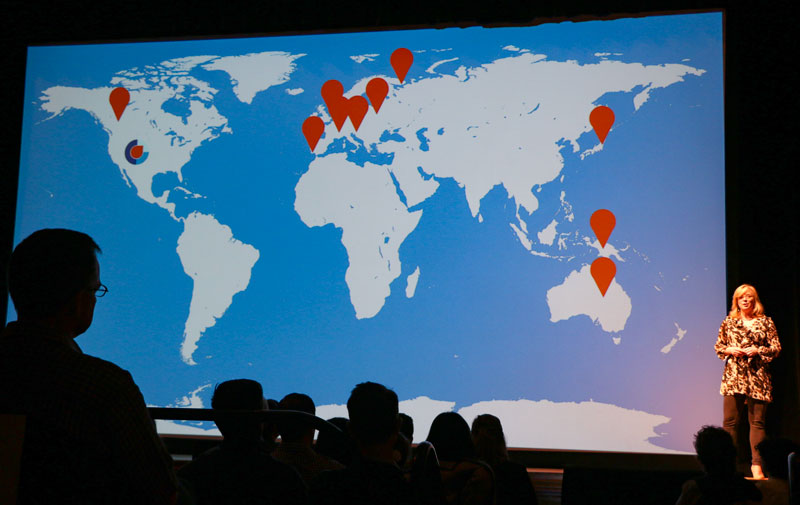 Despite this being its second year of existence, MergeLane pulled off another sellout event. “There’s a sense I have about going from being brand new to a place of accepted legitimacy that happened faster than I thought it would,” said Heilbronner. “I feel enormously grateful for that. At Demo Day, 870 people registered, a good 400 we didn’t know, and in a town this size, that’s pretty hard.”

Despite the data, there are still 6 investments given to all-male tech startups for every 1 investment given to women-led teams. Tweet This Quote

The ten startups were largely tech focused, spanning industries like alternative medicine, cybersecurity, science education, taxi service, revenue sharing crowdfunding, subscription passes for kids classes, as well as services that simplify global expansion and marketing strategy. Despite the variety of business models, all ventures had one thing in common—at least one female in leadership.

In addition to bringing together strong companies, MergeLane exists to “change the ratio”—more than 97% of all venture-funded businesses have male CEOs, but the data increasingly shows that venture-backed, women-led companies produce a 35% higher ROI and generate 12% more revenue. Yet, there are still 6 investments given to all-male teams for every 1 investment given to women-led tech startups. 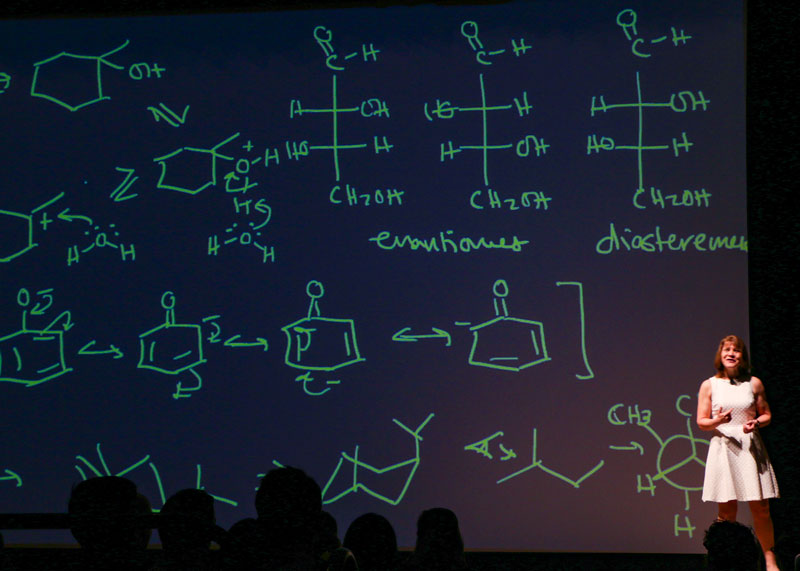 For many of the participating entrepreneurs, the focus on women was a major selling point. “As a [commercial] building professional, I ran into all kinds of issues being a woman, but they were hurdles I got over,” said Aide Fitch, CEO & co-founder of CloudForest. “But when I got into the startup world, it was a whole different set of issues. I was hoping for special resources to deal with that, and I would say [MergeLane] delivered by surrounding us with other successful women. That’s what they’ve done best in this program—the amazing people they’ve thrown at us, and the women role models we’ve gotten to know.”

The next 5 years are going to be the best years for females looking for venture funding of any in history. Tweet This Quote

For other entrepreneurs, the female orientation was an added bonus. “I didn’t choose [MergeLane] because it was a women’s accelerator,” said Aviva Rosman, co-founder and COO of BallotReady. “I chose it because it was awesome.”

Before their pitches, all of the entrepreneurs were introduced by key mentors, such as Lisa Stone, co-founder of BlogHer Inc. and Howard Diamond, CEO of MobileDay. Other MergeLane mentors include Seth Levine, managing director of Foundry Group, Jane Miller, CEO of ProYo Frozen Yogurt, as well as executives from AOL, the Kauffman Foundation, Hewlett Packard and more.

The event also included a “Take Your Daughter (or Son) to Demo Day,” where several girls and boys got up on stage and announced what they were most proud of accomplishing. Finally, an 80s-inspired dance performance featured the “Men of MergeLane” and Elizabeth Kraus, MergeLane co-founder and chief investment officer, who thanked supporters and sponsors with glittery twirls, frizzy head bangs and exaggerated hip thrusts. 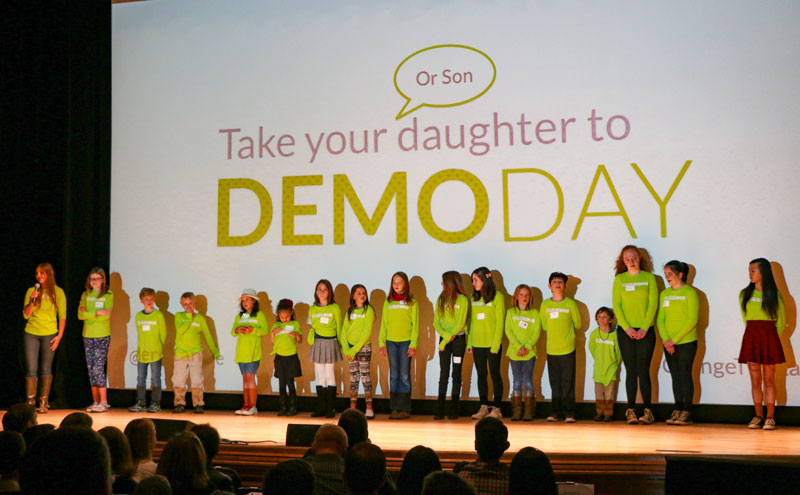 MergeLane’s “Take Your Daughter (or Son) to Demo Day.”

That morning, the energy in the theater was indicative of the positive outlook held by the MergeLane team and the cohesive community they have built.

“I really do think that the next 5 years are going to be the best years for females looking for venture funding of any in history,” said Heilbronner.

Applications for the third class of MergeLane startups open on September 1, 2016. Spread the word and help MergeLane #ChangeTheRatio and continue to prove that investing in women makes business sense.

Why Understanding Unit Economics Will Help Your Venture Survive

Why Understanding Unit Economics Will Help Your Venture Survive