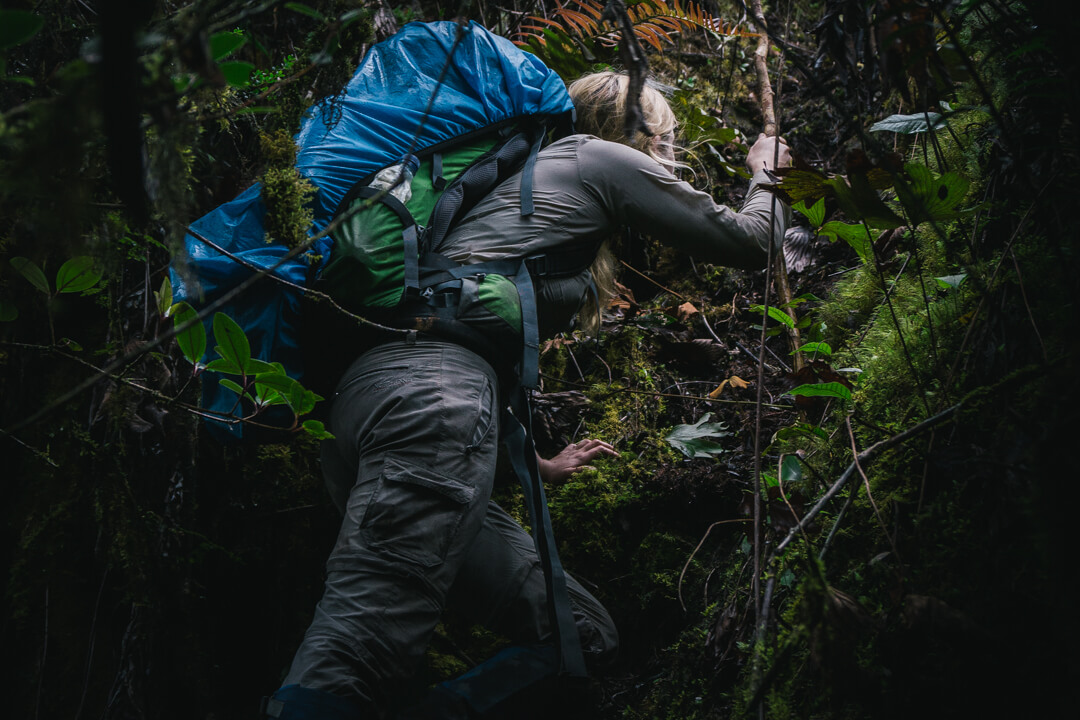 In Defense of Leuser: A Trek to Document the Unknown 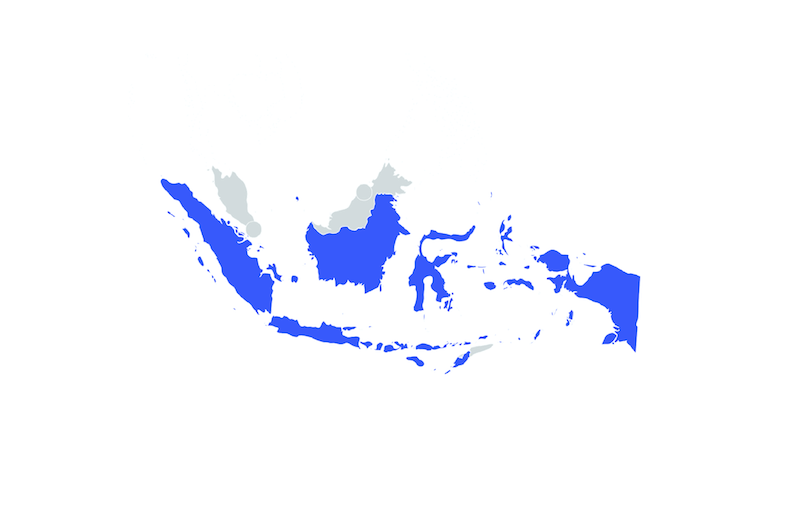 Roy, our Indonesian mountain guide, met us in a cramped hotel room in Medan. He had come to break the news that our plan to trek into an unexplored valley buried in the richest tropical rainforest in Southeast Asia would go unfulfilled.

Leuser is the last place in the world where the critically endangered Sumatran tiger, elephant, rhinoceros, and orangutan can be found together.

The rainforest in question was the Leuser Ecosystem: 2.6 million hectares of lowland rainforest, peat swamps, montane and coastal forests, and alpine meadows. The ecosystem stretches coast-to-coast, from the Indian Ocean to the Malacca Straits, across the Indonesian island of Sumatra. It encompasses two vast mountain ranges, two major volcanoes, and more than nine essential river systems.

Leuser is the last place in the world where the critically endangered Sumatran tiger, elephant, rhinoceros, and orangutan can be found together. Not only does it serve as shelter for endangered species, but the ecosystem provides freshwater and fertile floodplains to approximately four million people who live adjacent to it and is one of Asia’s largest carbon sinks.

Many researchers come to Leuser to study orangutans at the world-renowned and first-of-its-kind Ketambe Research Station. However, local officials weren’t happy with our plans to explore further afield. Despite its hard-won legal protection, Leuser is under attack, and they clearly didn’t want us to witness the wounds. In Sumatra, timber is gold, law enforcement is feeble, and corruption is comically rife (we were once asked for a bribe from a lifeguard). 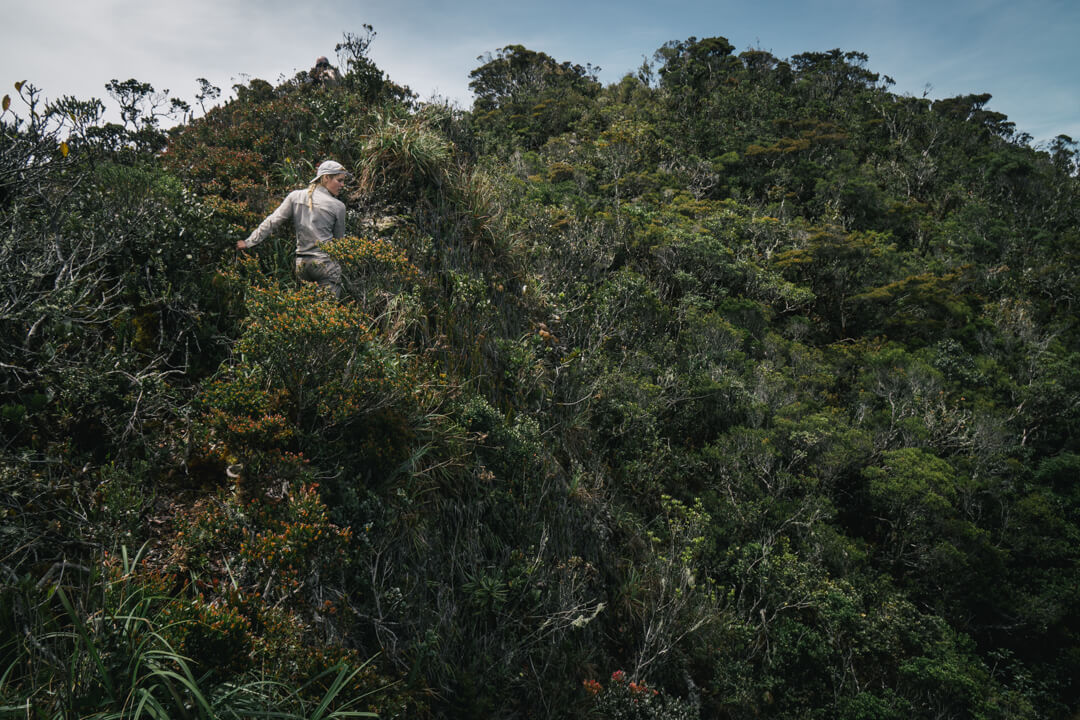 “Sumatra is rife with corruption, and government officials clearly didn’t want us to witness its lack of protection of the Leuser Ecosystem.” Photo: Oli Broadhead.

A Local Problem with International Demand

The protection of Leuser is failing on all fronts. A mass invasion of palm oil plantations, logging camps, and mining operations has been accompanied by illegally constructed roads and rampant poaching. Indonesia now has the highest deforestation rate in the world, and Sumatra has the highest in Indonesia. In 2012, the deforestation rate surpassed that of Brazil, despite the fact that Brazil contains five times the natural forest cover.

The demand is not local, and neither are the profits, which slip past local communities on their way to the foreign bank accounts of an elite few. Meanwhile, the socio-economic cost grows, with flash floods and landslides taking the lives and livelihoods of the Acehnese people.

In Sumatra, the plantation crop of choice is palm oil. It is the most commonly produced vegetable oil worldwide, and Indonesia is the largest producer. Palm oil is ubiquitous, found in a vast array of products, from fast food to fuels. It is easier and cheaper to cut down virgin forest to make room for new plantations than to deal with the complexity of managing degraded land. The sad reality was that the unsurveyed valley forest we aimed to research had probably already been felled, and local officials were not keen for foreigners to bear witness.

Thankfully, we had foreseen the rejection of Plan A, and had a ready-prepared Plan B: a double-objective trek into the pristine, montane forests surrounding the unclimbed 3,080 meter Mount Kurik. We hoped to carry out the first biological survey of the area and attempt the first ascent of the mountain.

Mount Kurik is located in central Aceh, a region that saw continuous civil war from 1976 until the 2004 tsunami, which killed over 170,000 people in Indonesia alone — the majority in Aceh — and forced Acehnese surrender. As a result of the conflict, the thickly forested slopes of Mount Kurik are unresearched which we attempted to change. 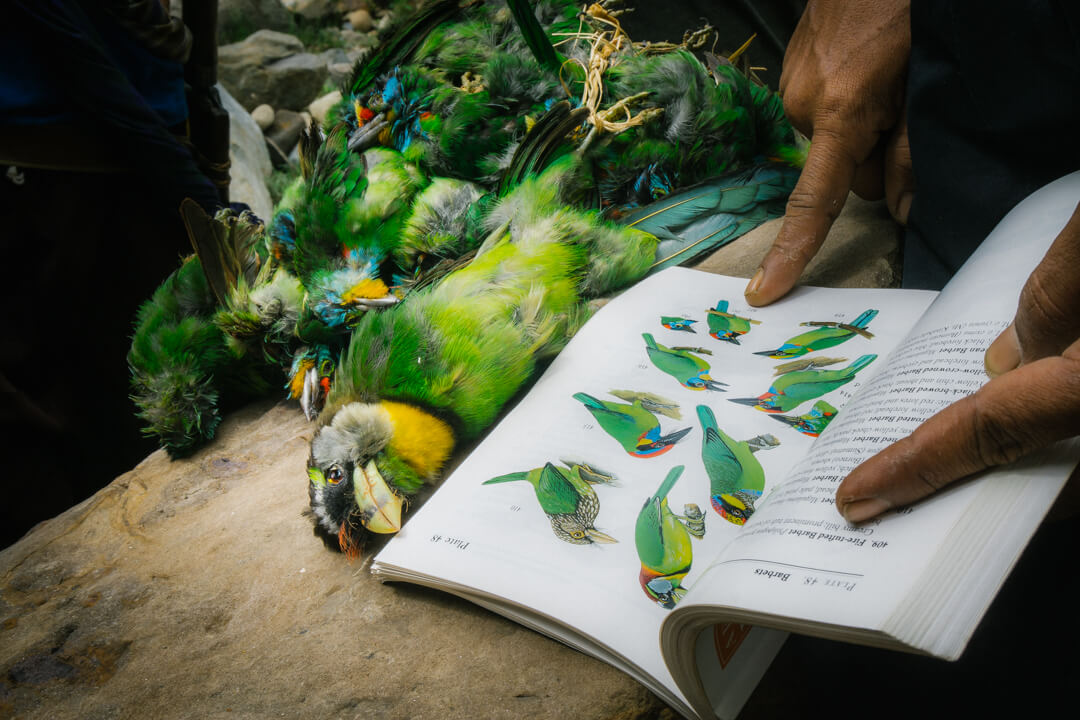 “We used a list system to record the birds we encountered to show the abundance of biodiversity in order to prove why the area needs strict protection.” Photo: Oli Broadhead.

Building a Case for the Forest's Protection

After a bone-rattling night bus from Medan, the four of us arrived in Blangkejeren, the closest town to our start point. We bought supplies in the market: rice, salted fish, chilis, and dry biscuits. Permits were obtained through the local police. After three days of preparation and packing, we were ready to depart. Each of us would carry a 20 to 25 kilogram pack, which would thankfully lighten as we buried food en route to collect on our return.

The data was limited, but we can still use it to ultimately argue the case for the forest’s protection.

Our scientific equipment consisted of two notepads, two pencils, and a single pair of binoculars. We decided to focus our research on birds over other animal groups in the hope that we would identify enough species to provide reliable data, but not so many that we would have to stop every 20 meters. When a species was identified, the name, habitat, altitude, GPS coordinates, weather conditions, and any behavioral observations were recorded. When a list of 20 species had been completed, we began anew, recording each species even if present on the previous list.

The value of this system is that all species identified are listed, giving an idea of the area’s biodiversity, and the number of lists a species appears on suggests its local abundance. Even though the data is limited, it is still very valuable as every bird sighting provides new information on the species’ range, and can ultimately be used to argue the case for the forest’s protection.

In fact, the urgency to protect this forest became evident not long after we started day one of our journey. After wading upstream away from the rice paddies and into dense forest, we met two young men headed downstream with the bodies of almost 30 verdant green Barbets strapped to their belts. They had been camped out with shotguns bellow a fruit tree. The first birds that we identified were dead ones.

On day three, we began to ascend the ridgeline that lead us away from the river. Veils of white mist obscured the valley below as we moved into the stands of colossal, silver-barked pines that speckle the lower mountain slopes. At some point, we lost the ridge-crest among the clouds and trees. By the time night fell, we were still lost and had almost run out of water.

The first birds that we identified were dead ones.

The hours blurred as we trudged on by torchlight. We rationed water to one bottle cap per hour. Eventually, we relocated the ridgeline, and moved out of the pine forest into a dense thicket of rattan palms. Between the rattans were several clay depressions filled with drinkable water. We cut a clearing and collapsed.

We had finally reached the base of Mount Kurik one week after we left Blangkejeren. We set up camp by a series of small waterfalls and spent a full day sleeping.

The following morning Roy and Said, the team leader, left to scout the base of the ridge that we hoped to follow. Five hours later they returned with Roy’s hand streaming blood. They had found the base of the ridge, but it was not the slope we expected to find. Instead, it was a series of vertical rock faces, each between five and seven meters in height, smothered in loose vegetation. When they realized there was no chance of climbing the 6-kilometer ridge with the equipment at hand, they descended. During the descent, Roy slipped and cut his ring finger to the bone. 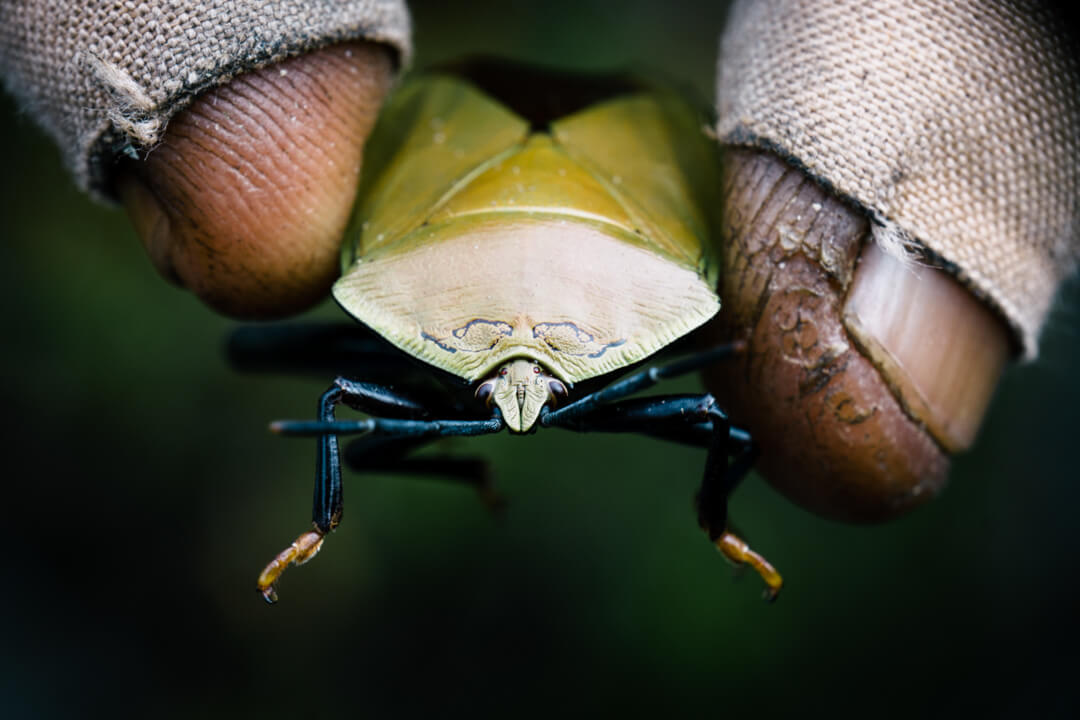 “Scientific research and ecotourism bring interest to the Leuser Ecosystem, but the survival of this diverse destination entirely depends on the decisions of internationally owned industries.” Photo: Oli Broadhead.

With the route to Kurik impassable, and Roy now confined to camp, we set our sights on Kurik’s neighbor, Mount Lembu. Before Said led a team to the summit in 2014, the only other ascent is credited to Dutch soldiers who occupied the area in 1931.

We left camp before dawn. The first hours were a trudge through moss forest. These unique forests smother the sides of Sumatran mountains. Pillows, strands, and veils of moss obscure the trees, which all seem to be either dead or dying. The mosses range in color from a rusty red to a sickly yellow. Almost no sunlight penetrates the canopy; the air is perpetually cold and every surface sodden. Log falls and lianas require constant climbing or crawling. After 10 minutes in a moss forest, you’re soaked to the skin. Eventually, we left the confines of the mossy labyrinth and emerged into “Goat forest”, a mix of shrubby trees, hanging pitcher plants, and brackens that favor dry, windswept ridgelines.

By the time we had returned to rice paddies, we only saw a fifth of the species that we had recorded in the montane forest.

The goat forests are named for the Sumatran serow, a species of goat-antelope whose winding trails we followed through the underbrush. The whooping calls of gibbons echoed up to us from the valley floor, 1,000 meters below. We summited after six-and-a-half hours. Unbroken forest stretched to the horizon in all directions.

When our forest trek came to an end a week later, we had recorded over 50 bird species. Over the following five weeks we walked from the mountains to the coast — a “Megatransect” that took in a myriad of habitats and revealed an abrupt decline in avian biodiversity as we moved from forest, to forest fragments, to monoculture. By the time we had returned to rice paddies, we only saw a fifth of the species that we had recorded in the montane forest.

From the peak of Mount Lembu, Gunung Leuser, the mountain at the heart of the Leuser Ecosystem, was visible on the horizon. The summit that we stood on was equally spectacular, the surrounding forests fantastically diverse. However, whilst Leuser attracts global ecotourism and scientific interest, Lembu, Kurik, and the forest in the valleys below remain ignored, their survival dependent on the whims of the forestry, mining, and palm oil industries. 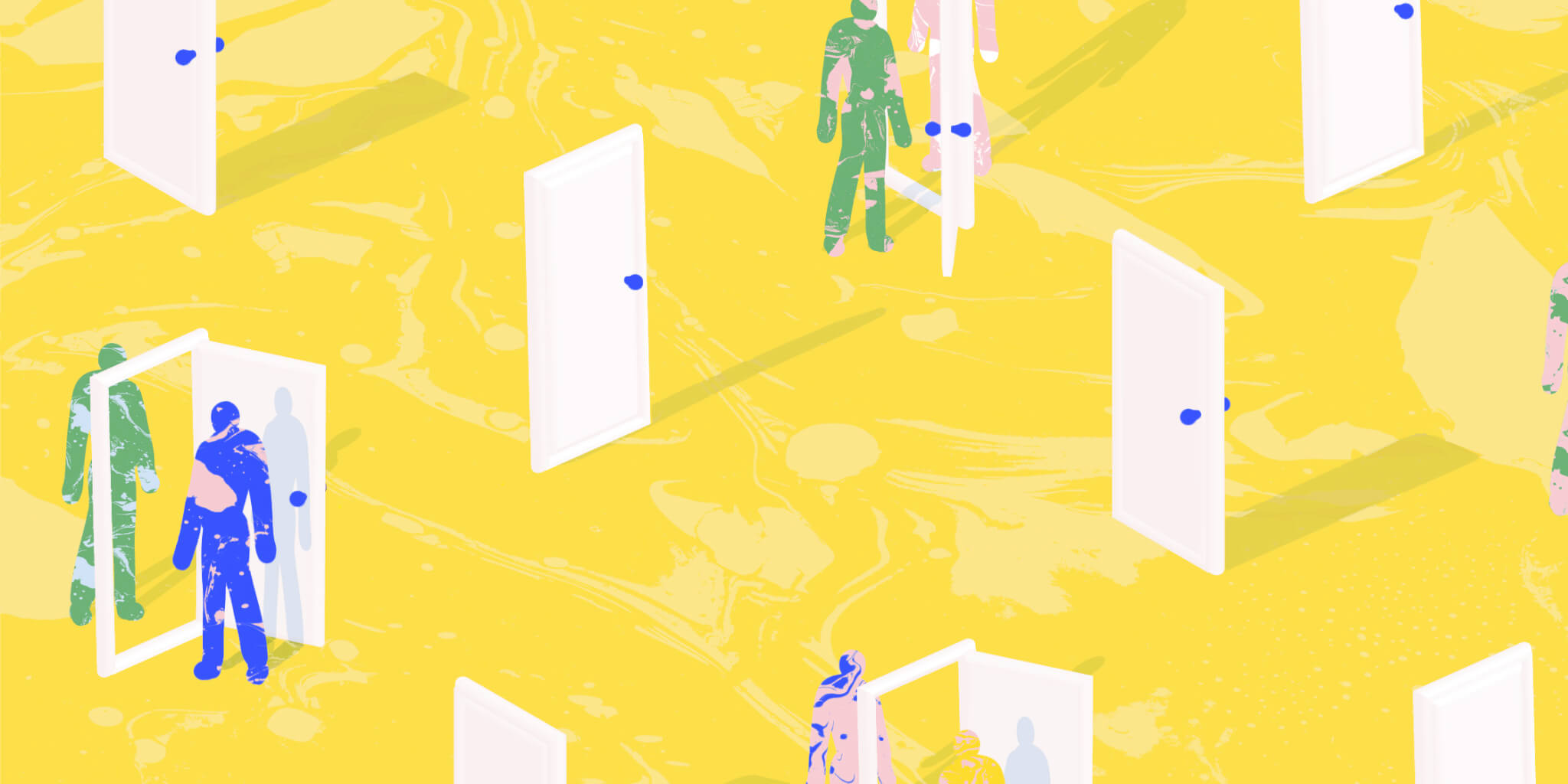 How to Run Weekly One-on-One Meetings

How to Run Weekly One-on-One Meetings

As a young biologist, Iris proves the importance expeditions and fieldwork have in science and society. She recently spent time in the forests of Uganda studying Chimpanzee diets and tool-use for her thesis. Along with a bachelor’s degree in Ecology from the University of Edinburgh, she has years of expedition experience in countries like Bolivia, Peru, Nepal, and Costa Rica.