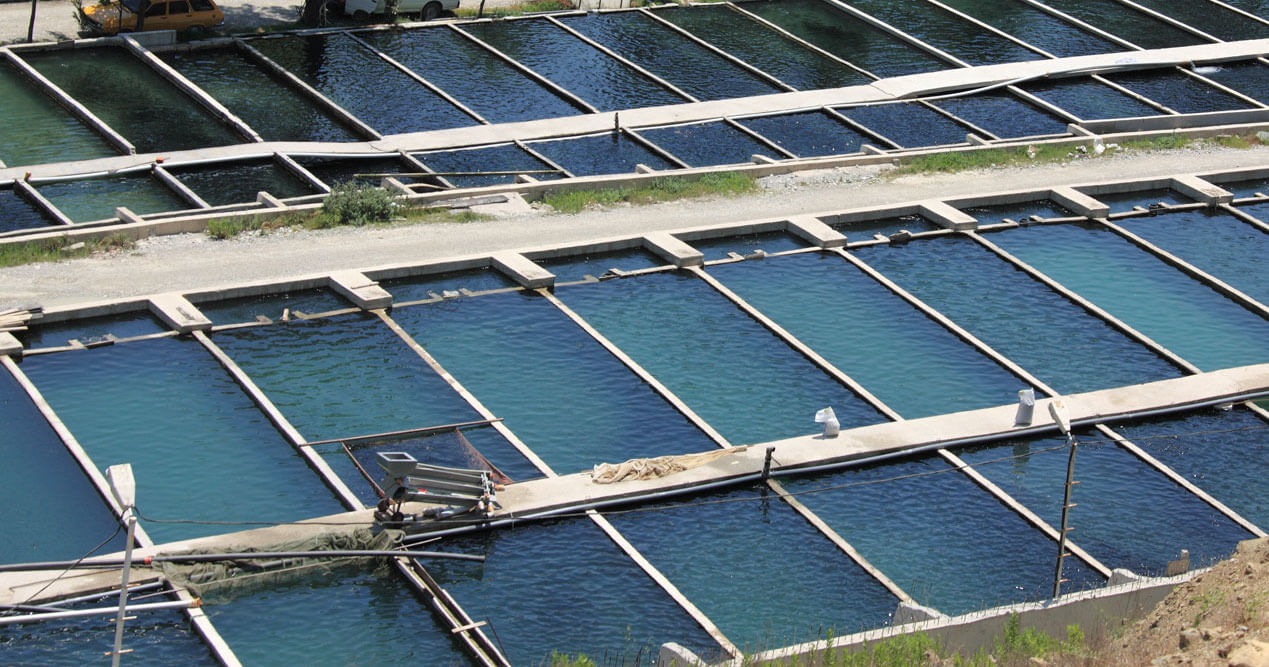 By the year 2050, the world population is projected to reach a staggering 9.7 billion people. To keep up with this growth, food production will need to increase by upwards of 70 percent. As developing markets usher in the integration of a new middle class, the demand for meat will rise dramatically.

To keep up with this growth, food production will need to increase by upwards of 70 percent.

Large land mammals like cattle require immense amounts of water and tracts of land to graze and grow feed, and fishing for wild-caught seafood is currently driving the depletion of wild fish populations. On the other hand, sustainably farming fish at scale might be the key to satiating the food systems of our future through harnessing controlled environments that are both tenable and eco-friendly.

Right now, swimming beneath the brackish waters of Indonesian fish and shrimping pools, there might be an answer.

Gibran Huzaifah, co-founder and CEO of the Indonesian-based smart feeding company eFishery, understands just how integral the aquaculture industry is poised to become in the years ahead. The truth is, it’s already revolutionizing the way we can feed the world — all while leaving behind a nominal footprint.

“We have to assure that aquaculture is growing with sustainable practices at heart,” said Huzaifah. “We have a better chance at this because the industry is still in its early stages, and technologies that are available can help change the trajectory.”

In an industry where 80 percent of fish farming cost comes from feeding, this technological breakthrough ultimately means increased productivity and more income for farmers.

Together with Co-Founder Chrisna Aditya, the two have developed a startup that provides an internet of things (IoT) solution that utilizes smart feeding technology to help millions of fish farmers monitor and schedule feeding times for their ponds. Using an IoT system, no human-to-human interaction is necessary; rather, farmers can access data platforms on their smartphone to solve problems of overfeeding. In an industry where 80 percent of fish farming cost comes from feeding, this technological breakthrough ultimately means increased productivity and more income for farmers.

“They can now double their profits,” said Huzaifah. “It’s reshaping the industry.”

When Huzaifah left his impoverished home in East Jakarta to study biological science, roughly 140 million Indonesians were already dependent on marine and coastal ecosystems for their livelihood, making the country one of the most fish-dependent regions on the planet. It was the fastest growing sector of food production in Indonesia, with 3.5 million fish farmers and more than 33 million farms nationwide.

After graduating in 2013, Huzaifah enrolled in an aquaculture class that altered the course of his life. Heeding the words of his professor, who boldly proclaimed fish and shrimp farming would become the future of animal protein, Huzaifah started his own fish farm from the ground up.

Aquaculture was the fastest growing sector of food production in Indonesia, with 3.5 million fish farmers and more than 33 million farms nationwide.

From just one pond, his business grew to 72 ponds by the time he graduated in 2012. A year later eFishery was formed, armed with a penchant to shatter the conventional trappings of an industry bogged down by supply inefficiency, lack of financing, market access, and waste management problems.

“Even with such rapid growth at the time, the industry was still very traditional,” explains Huzaifah. “It was also unsustainable. In some areas, feed was the biggest pollutant in the water. And there was no digital or automation technology involved.”

The eFishery solution provides smart feeding machines that farmers can manage through their smartphones. The machines feed the fish automatically through sensors that can detect appetite and behavioral changes before sending the corresponding data to a cloud server. Huzaifah explained that eFishery employs a multitude of gateways and different kinds of connectivity to send this data to the cloud, and utilizes a built-in algorithm in the platform that farmers can access remotely to analyze what’s going on with their farms.

The end result? Twenty-four percent more efficiency, equaling a potential savings of $21.88 billion across the industry every year.

As a secondary function, Huzaifah’s team also harnesses the data they collect to develop a series of predictive learning that can help connect prospective farmers with financial institutions via eFishery’s proprietary credit scoring system.

Data can be leveraged to bring transparency, traceability, and transaction to stakeholders, which then boosts efficiency in the value chain. The goal is to forge new connections with end-buyers that can further spur business and future development for farmers.

After surmounting the initial challenge of manufacturing hardware with complexities and development costs far greater than most consumer apps, Huzaifah set out to tackle his next biggest hurdle: introducing eFishery’s groundbreaking new method to a technologically bereft market.

“Bear in mind that our customers are traditional fish farmers who never even use smartphones,” said Huzaifah. “We had to introduce a mobile-based IoT device to them.”

The potential for growth onward into the international marketplace is boundless.

Initially the eFishery team had to supply most farmers with phones, but Huzaifah explains that with the recent proliferation of cheap smartphones in Indonesia, many farmers can now purchase their own. Electricity and mobile connectivity are available in the majority of areas that eFishery are targeting, and will likely soon be widespread throughout most of the country.

The next step is to plan for a quick but eco-friendly geographical expansion outside of Indonesia. The startup is currently operating pilots in Bangladesh, Thailand, and Vietnam, with hopes of bringing the technology to other countries in Asia and South America. Once those footholds have been secured, the potential for growth onward into the international marketplace is boundless.

“The data platform can be used to connect with a global network of buyers that can transact directly with the farmer,” said Huzaifah. “My dream is for aquaculture to grow and produce more food while creating positive impacts for both the farmers and nature alike.” 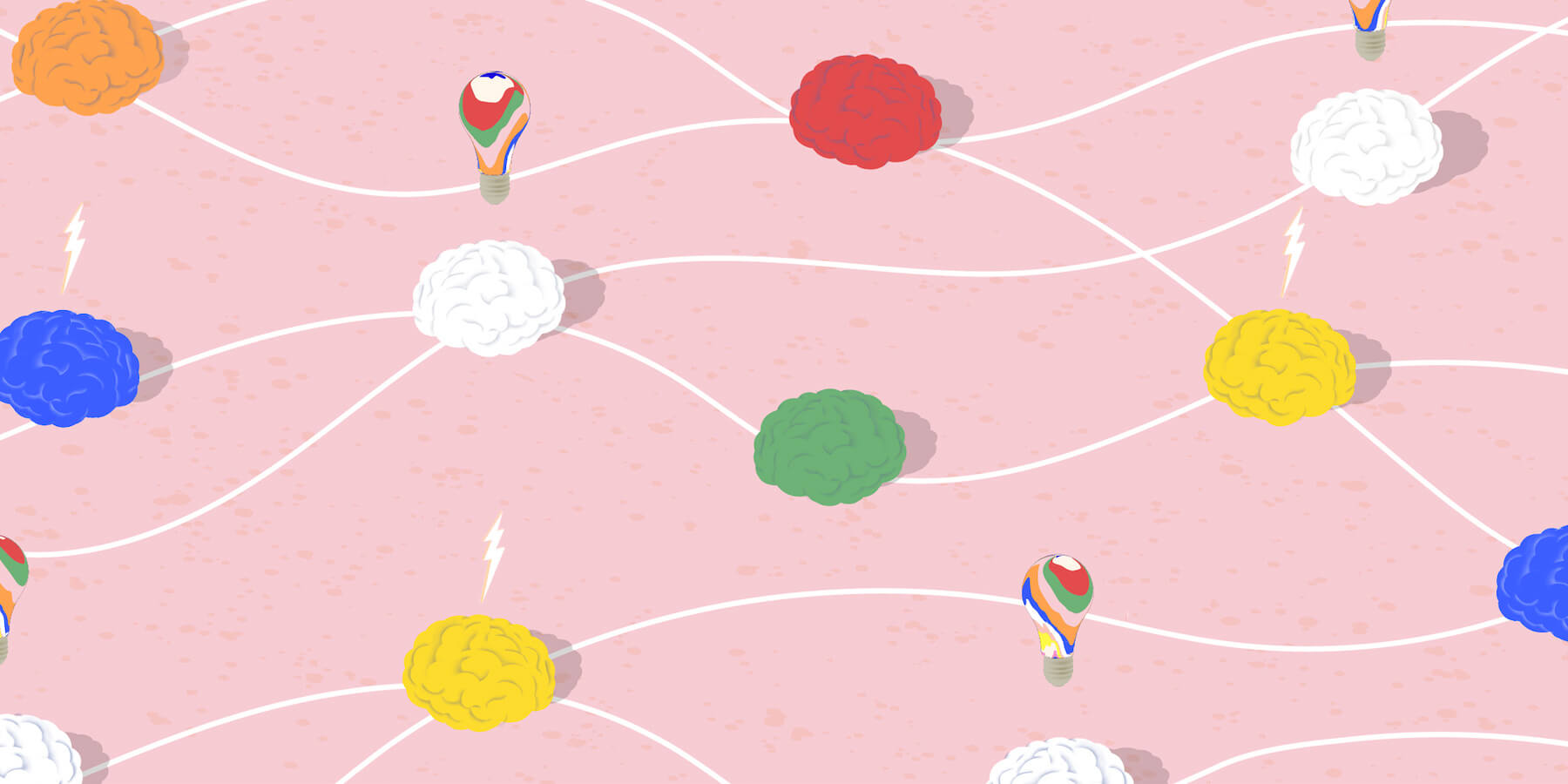 A series of bizarre experiences inspired Zach to become a writer–including choice standoffs with killer bears, renegade law enforcement, and adventures with brothers thicker than blood. He now resides in Brooklyn, New York.