A decade before they knew they would co-found a company together, Walter Ángel, Uriel Gracia and Esteban Calderas met at at the National Autonomous University of Mexico (UNAM). In 2006, the three friends wanted to recuperate the spirit of community service among their fellow students and specifically channel it toward supporting rural communities across Mexico. According to them, by spending time experiencing the complexities hindering development in rural areas, students could better work together with these communities to design the most appropriate technology solutions.

Globally, around 3 billion people rely on toxic indoor stoves to cook their food every day. Tweet This Quote

“Many communities in Mexico receive technologies and donations, sometimes from NGOs or governments, that in reality don’t correspond to their specific cultural history,” said Ángel. “Therefore, the people don’t benefit from or even use them. We identified that you could combine the traditional and cultural knowledge of these towns with new technology proposals from universities in such a way that the two experiences combined would succeed in developing a solution that would be more accepted by the community.”

Over the next three years working in different communities, teams of volunteers saw multiple examples of the harmful effects of indoor wood burning stoves. Upon further research, Ángel, Gracia and Calderas determined that around 25 million Mexicans still use these simple stoves for heating and cooking. They also realized this wasn’t a problem unique to Mexico. 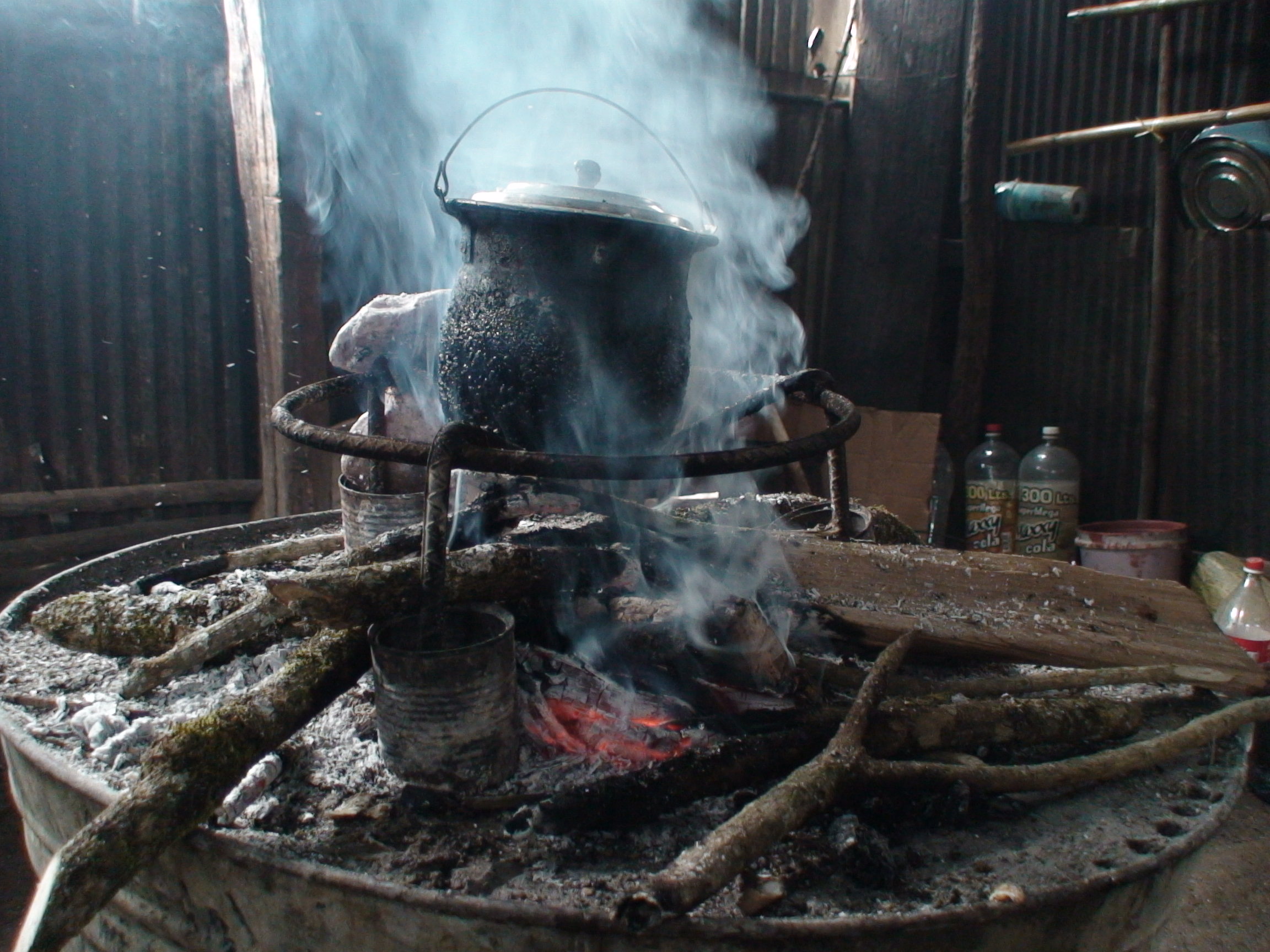 An example of a wood-burning cookstove emitting toxic pollution in Mexico.

Globally, around 3 billion people rely on open fires and simple stoves to cook their food every day. Often built indoors, these stoves emit toxic smoke and soot particles from the burning of wood, crop waste, animal dung and other kinds of solid wastes. Daily exposure to and inhalation of this household air pollution leads to a host of respiratory problems, including pneumonia and lung cancer. Every year, 4.3 million lives are lost prematurely to diseases caused by household air pollution. That’s one person every eight minutes. Women and young children are disproportionately affected because around the world, they still spend the most time in the nearest proximity to these dangerous fumes, most often preparing meals.

One person dies every eight minutes from a disease caused by household air pollution. Tweet This Quote

The global community has picked up on the severity of this previously neglected issue. Public-private partnerships like the Global Alliance for Clean Cookstoves hosted by the United Nations Foundation have ignited a marketplace for clean cooking solutions. But in order to succeed, this global alliance relies on the efficacy of local initiatives.

What started as a simple student activity grew into much more. In 2009, Ángel, Gracia and Calderas (two of them engineers) started designing a more efficient stove they named Xalpaneca—the feminine form of someone from the community Xalpatláhuac, in La Montaña Alta de Guerrero, where they prototyped the project. As the predominant users of the stove, the women remained the most curious and involved throughout the design of the clean cookstove. According to the team, more than 4,000 women die every year in Mexico from breathing in the toxic fumes of traditional cooking methods. 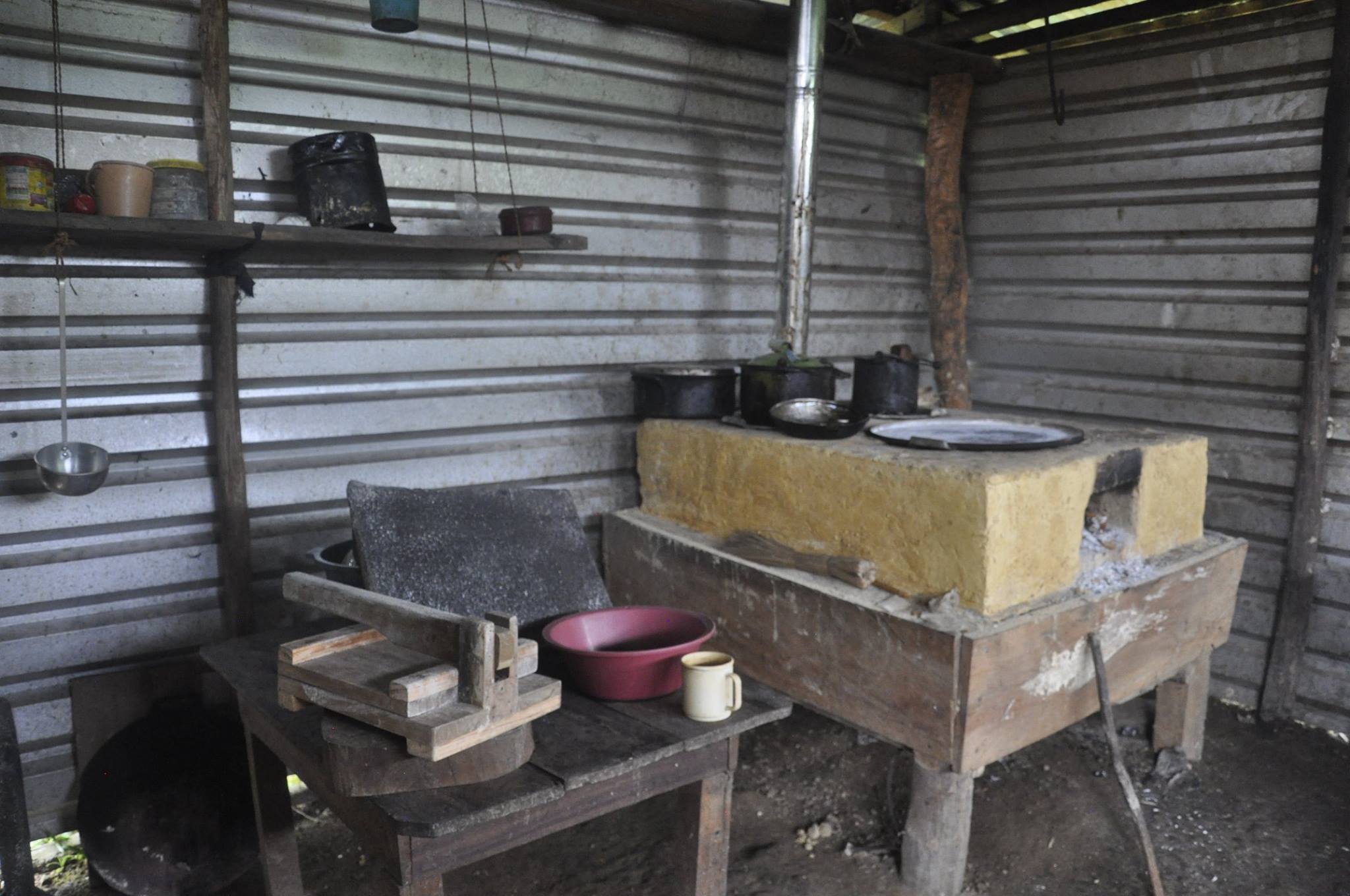 However, it wasn’t until 2013, after several more years of fine-tuning their technology and approach, that Ángel, Gracia and Calderas officially founded InfraRural in Mexico City. Their mission is to design the most appropriate technologies, starting with clean cookstoves, to improve the health of people in remote communities of Mexico.

The Xalpaneca stove is made from a combination of mud, gravel and cement and consists of four major parts: an opening for the wood, a combustion chamber, burners for cooking, and a chimney for the smoke to escape. Because every community differs, InfraRural always starts by analyzing how to tweak the Xalpaneca model to fit the local specific needs.

Over 4,000 Mexican women die every year from inhaling fumes from traditional cooking methods. Tweet This Quote

“We do situational studies to see what kinds of modifications we can do in each community to make sure that the user will actually use the stove,” said Angel. “For example, a tortilla can measure 11 cm across in Mexico City, 21 cm in Guerrero, and up to 45 cm in Oaxaca. If you install a stove with a small skillet, the amount of tortilla production is going to decrease due to not being able to make a lot of tortillas quickly. Studies like this help us have one product that can adapt quickly to other conditions.”

After incorporating modifications, the team holds capacity building workshops to teach community members how to build, use, and maintain the stove. InfraRural requires that the community work together to build them, fostering collaboration and unity. All stoves are built on-site in individual homes from locally sourced resources and materials, reducing production and logistical costs. 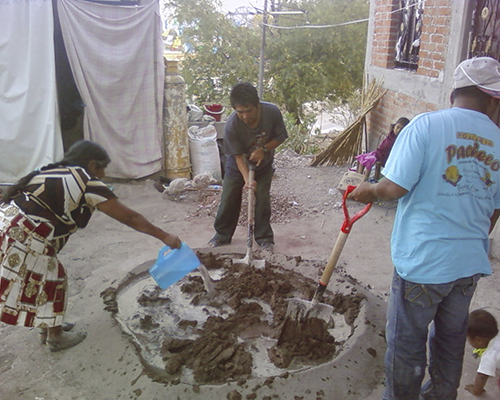 Finally, the team implements a monitoring and evaluation system they developed, returning three times to every home with a Xalpaneca stove in the community to gather data and ensure everything is functioning properly.

Compared to traditional open fire stoves, the Xalpaneca reduces between 65-80% of the wood needed to cook a meal and up to 95% of the gases resulting from combustion that traditionally remain inside of the kitchen. InfraRural asserts that one of their stoves eliminates the generation of 7.1 tons of carbon dioxide equivalent per year and saves 20 trees from being cut down—important when Mexico has one of the highest deforestation rates in the world.

The Xalpaneca stove costs around 2,300 pesos (127 USD), which includes the stove, workshops and follow up maintenance. According to Gracia, other clean cookstove models in Mexico cost around 2,500 pesos (138 USD), but they are often built in factories and simply dropped off in communities, with no instruction or maintenance support. InfraRural differentiates itself by supporting the construction of the stoves in-house and including a monitoring and evaluation program.

Around 25 million Mexicans still use toxic, indoor stoves for heating and cooking. Tweet This Quote

As many Mexicans living in rural, low-income areas often cannot independently afford to replace their current stove with a new clean cookstove, InfraRural generates revenue by selling their stoves to local governments or NGOs that subsidize the price, as well as accepting donations to help cover costs.

So far, the company has helped over 400 families, benefitting over 2,100 people in several communities across Guerrero, Michoacán, Puebla, Estado de México, Oaxaca and Chiapas. They have reduced emissions by nearly 12,000 tons of carbon dioxide equivalent and saved over 18,000 trees. 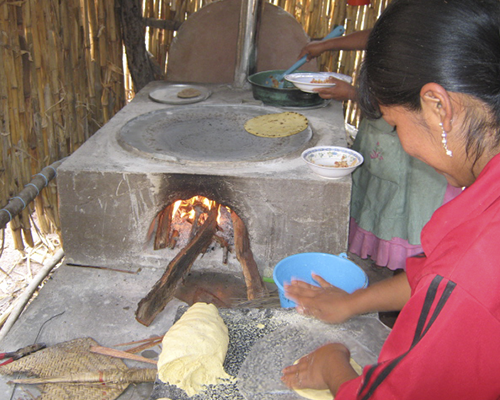 Moving forward, the team plans to broaden its perspective beyond just clean cookstoves and rekindle its approach of determining the most appropriate technologies for each community. According to Gracia, they are pursuing a few other projects, such as the production of biogas, rainwater collection, solar panels, compostable toilets and a new kind of stove that generates electricity—all with the goal of helping communities use them to generate income and support themselves economically.

Ultimately, the InfraRural envisions expanding beyond their country’s borders. They see the opportunity for this business model, with its non negotiable emphasis on community participation and design, to work in countries all over the world.

“We are passionate about Mexico because we feel committed to the education we obtained here,” said Gracia. “But we definitely believe all of us around the world are brothers and sisters. Some of these people have been marginalized throughout history. What I would like to see in the future is that these people in their communities are capable of resolving their problems and fulfilling their needs. We would like to share our experiences so more people can transform their situations.”

Impact Investing in 2016—Six Predictions for the Year Ahead

Impact Investing in 2016—Six Predictions for the Year Ahead