Innovation Out Of Necessity Is Alive And Well

Living with first world amenities can cloud an individual’s perspective on innovation. Switch the lens through which you view innovation, and take note of where it is taking place all around the world.

We rarely question why we feel we need the latest and greatest.  Tweet This Quote

For many of us, innovation is the iPhone, iPad or pretty much anything that comes from today’s high-tech production line. It’s the latest phone, laptop, smart watch or passenger aircraft, and it’s designed to make things easier, quicker, more convenient and, in some cases, just more fun. We rarely question why we feel we need the latest and greatest, why we change our phones every year, or even what the drivers might be for all these high-tech innovations. Who, for example, decided the world needed an iPad-powered coffee machine? 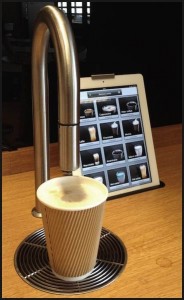 Much of the innovation we see in the developing world, whether the innovators behind them come from there or not, is done out of necessity. They solve very real problems, many of which happen to be faced on a daily basis by many of the poorest and most vulnerable people on the planet. Innovation here isn’t about fast, shiny or modern, it’s about solving very real problems. And many of those problems aren’t going away any time soon.

Entrepreneurs in the West may well be losing the will to innovate, although I’d suggest it’s more about ability and a conducive environment than will. Many face difficulties with funding, highly competitive markets and patent wars, all of which make for challenging times. But this is far from the case throughout much of Africa, where I’ve focused most of my efforts for the past 20 years. Many innovations here are born by the side of the road, or in rural villages without any funding at all. Furthermore, market opportunities abound and patents are the last things on people’s minds. Compared to the West, African markets are still something of a Wild West in innovation terms, and this is precisely why there’s so much focus there.

Innovation in the developing world is about solving very real problems.  Tweet This Quote

Innovation out of necessity has given Kenya, for example, a world-leading position in mobile payments. On a continent where hundreds of millions of people lacked bank accounts, mobile phones provided the answer. An estimated 40% of Kenya’s GDP now works its way through Safari.com’s
M-PESA system.

It’s an innovation success story, and it’s provided a platform for many other innovators to offer everything from pay-as-you-go solar lighting to villagers or automated payment platforms for microfinance organizations. The further (anticipated) opening up of systems like M-PESA will spur even more innovation in the future. This is just the beginning. When faced with very real problems that in many cases cost lives, innovators in the developing world kick into a different gear. With little funding or resources, it’s innovation in this ‘long tail’ that is most interesting – a place where people innovate out of necessity, not luxury, and as a matter of survival or ethics, not profit or markets. Health is a classic example of these drivers at work. Six out of the ten chapters in my recent book, The Rise of the Reluctant Innovator, cover health.

The issues these innovators address include data collection, genetic disorders, communications between community health workers, patents, access to medicines, and solar energy as a lighting solution for maternity wards. The range of examples shows how broad and complex of an issue health is, as well as the sheer scale of the need for its improvement across much of the developing world.

Many others are better placed to comment on whether entrepreneurs in the West are losing the will to innovate. Whatever the outcome of that debate, thankfully this isn’t the case in the places that matter – the places where far too many people still die from perfectly treatable diseases, or fail to reach their potential because of a lack of access to the most basic of education.

In the developing world, innovation isn’t just a matter of life or death. It’s more important than that.

To paraphrase former Liverpool football manager, Bill Shankly, in the developing world innovation isn’t just a matter of life or death. It’s more important than that.

What Does ‘Being a Family’ Mean to You?

What Does ‘Being a Family’ Mean to You?