Is “Fixing Development” The Real Grand Challenge for Global Development?

“Don’t let complexity stop you. Be activists. Take on the big inequities. It will be one of the great experiences of your lives” – Bill Gates, Bill & Melinda Gates Foundation

I’ve got an idea for a great new project if anyone out there is looking for one.

But we warned—it won’t be easy. It won’t even be sexy. And it won’t involve huge amounts of travel to exciting new places peddling the latest high-tech development solutions to impoverished, needy communities. But if you take it on, it could have a bigger impact than all the other project ideas you may have put together. And we’re all after impact, right?

So what’s this project idea then?

How about the global development community turning some of its famous design-thinking, problem solving skills on itself? Tweet This Quote

Well, the global development community has made it its life work to identify, unravel and solve some of the biggest problems facing humanity. How well it does at this varies wildly organization by organization. There’s more than one way to skin a cat, and some approaches seem to work better than others. But on the whole, it’s widely accepted that it’s not doing well enough despite the vast amounts of money it continues to demand (and spend). 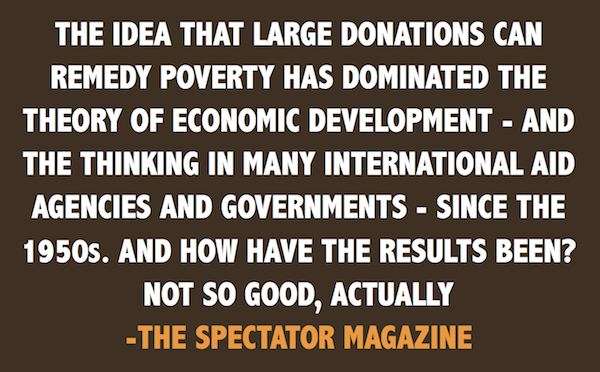 One solution? Well, how about the global development community turning some of its famous design-thinking, problem solving skills on itself? “Fixing the global development system” becomes the project. In other words, rather than global health, agriculture, human rights, etc., fix the system and all those things—and more—benefit. The king of all knock-on effects.

During a recent email exchange I was asked how a forthcoming workshop could produce something tangible. White papers, reports, soundbites or yet another “community of practice” didn’t quite cut it. Almost every other event produces one or more of those, and very little improves as a result.

At the end of our email exchange we ended up with this four-step process to change:

So, this is how it would work with my recent Donors Charter, for example:

After years of critique, failure and frustration in global development, (1) and (2) are known knowns. It’s (3) and (4) that we’re largely missing—acceptance from key players that change is needed and a willingness and commitment (in writing) to make that change. Enforcement, in other words. This could really work but it would be tough, requiring behaviour change on a massive scale. The grandest of all grand challenges for development, perhaps? 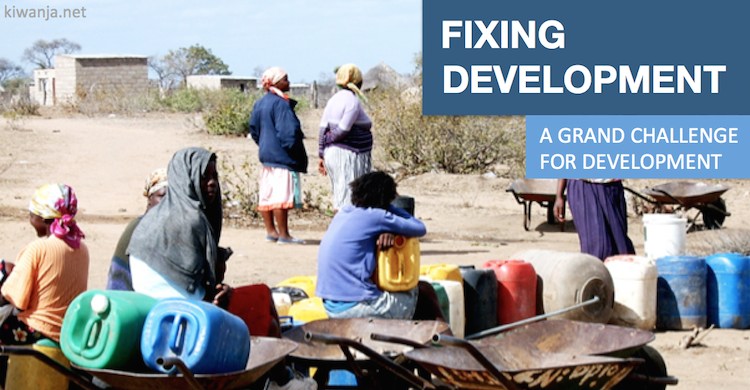 For the global development movement to be most effective, it needs to have its own house in order first. Tweet This Quote

We seem to spend all of our time and resources focusing on other people’s problems, which on the surface might seem like the right thing to do. But for the global development movement to be most effective, it needs to have its own house in order first.

This first appeared on Ken’s blog.

How A Business Idea Turns Tragedy Into Triumph

How A Business Idea Turns Tragedy Into Triumph