This Superfood is Helping Mexican Women Cultivate a Better Life

While volunteering for a nonprofit in Kenya, Isabel Rauh-Hain discovered the moringa oleifera tree. With over 90 nutrients, 46 antioxidants, nine essential amino acids, seven times more Vitamin C than an orange and four times more calcium than milk, moringa redefines the ‘superfood.’ Organizations such as the Food and Agriculture Organization of the United Nations have recognized it as a tool to tackle malnutrition globally.

Moringa has over 90 nutrients, 46 antioxidants and nine essential amino acids. Tweet This Quote

But Rauh-Hain saw beyond its obvious nutritional potential and started to imagine what it could do for rural communities—particularly women—in her home country of Mexico.

“I loved walking to communities and teaching people to plant trees in Kenya, but I realized I had bigger chances of doing something with impact in my own country,” said Rauh-Hain. 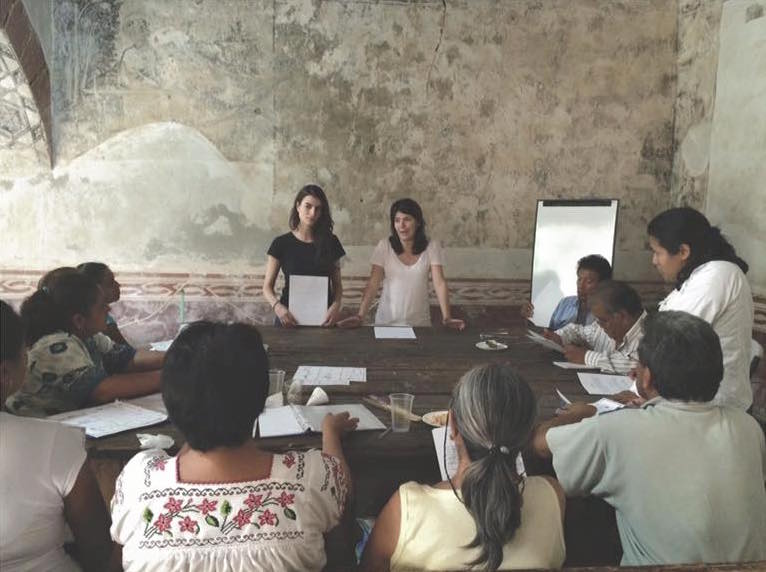 The co-founders of Kukua lead a workshop for women about moringa.

She returned home to Mexico City, joined forces with childhood friend Ines Garcia (who quit her job), and together they founded Kukua in January 2015. A Swahili word that means “to grow,” Kukua supports reforesting Mexico, improving health and nutrition for people in marginalized communities, and providing extra income for Mexican women—all through the moringa tree.

Over the last 100 years, Mexico has lost 70% of its forests through deforestation. Recently, the adult obesity rate of approximately 33% surpassed that of the United States. It’s estimated that Mexico has the sixth most cases of diabetes in the world. Roughly half of the population lives in poverty, and women face widespread discrimination.

In the past few years, Mexico’s adult obesity rate of 33% surpassed that of the United States. Tweet This Quote

“Mexico is a very gender-biased country with little social mobility,” said Rauh-Hain. “What motivates us is the opportunity to create the next generation of women who are more independent and secure through business.”

Initially, the co-founders adapted the model of another woman, Mary Delano, who invited them into a community where her nonprofit already operated. Rauh-Hain and Garcia saw firsthand the enthusiasm the moringa workshops inspired among the women. Now their mentor, Delano openly shared lessons learned so Rauh-Hain and Garcia could transform the model into a sustainable business.

“Our pilot was successful due to Mary,” said Rauh-Hain. “She gave us all the know-how and helped us adapt the model to Mexican realities. Everyone is sharing information, and it’s very helpful.”

The pilot program in the state of Morelos earlier this year included 20 women and 8 workshops, which happen once a month for eight months, as that’s how long it takes for a moringa tree to grow from a seed to a plant mature enough for harvest and consumption. 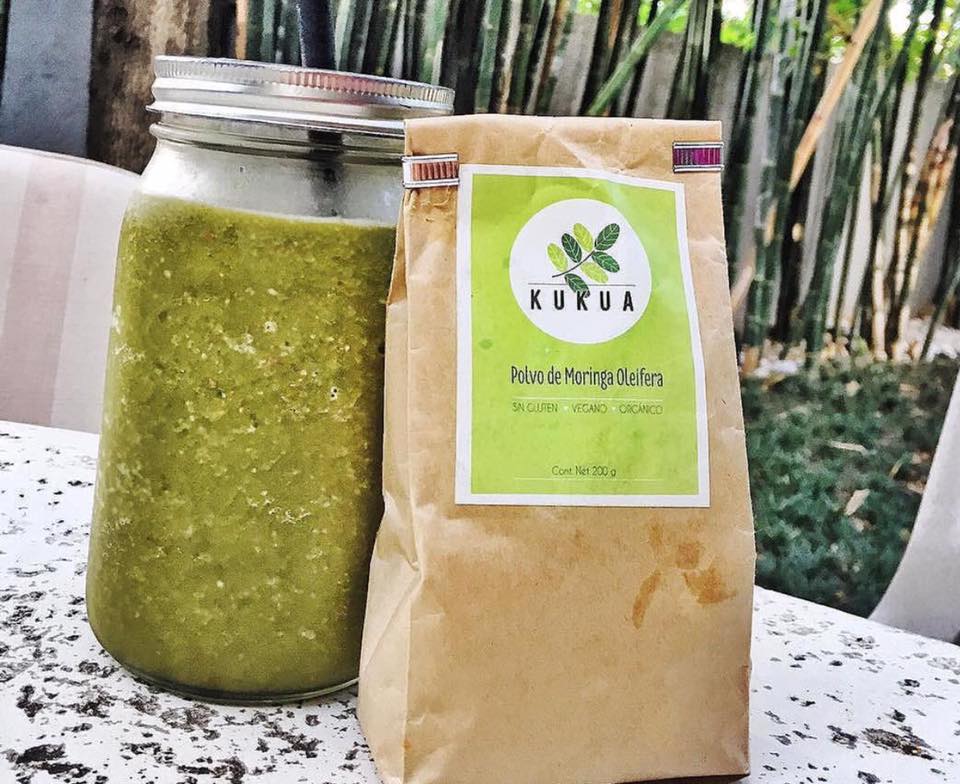 Now, with moringa purchased from a producer in the state of Michoacán, Kukua makes and sells its own products online, including nutritional supplement capsules, powder and cookies. Utilizing a portion of these profits and charging a low fee of approximately 8 USD per person, they host workshops for women in rural communities on planting, growing and consumption techniques; they also provide moringa seeds to help the women get started. This means more moringa trees planted, combating years of deforestation; more opportunity for improved health by consuming moringa; and extra income for these women, who can cultivate and sell the leaves.

Mexican women need to know they have rights, that they can earn money and better feed their families. Tweet This Quote

But it’s not only the tree that draws women to the workshops. During the pilot, the co-founders formed an alliance with a local NGO. They met a psychologist through the organization, who had been working in the community for a while, and hired her to start every workshop with lessons on gender equality—building trust with local women before discussing the benefits of moringa.

“Women need to know they have rights, that they can earn money and better feed their families,” said Garcia. “No matter how many trees you grow, it’s not going to be worth it if they don’t realize this.” 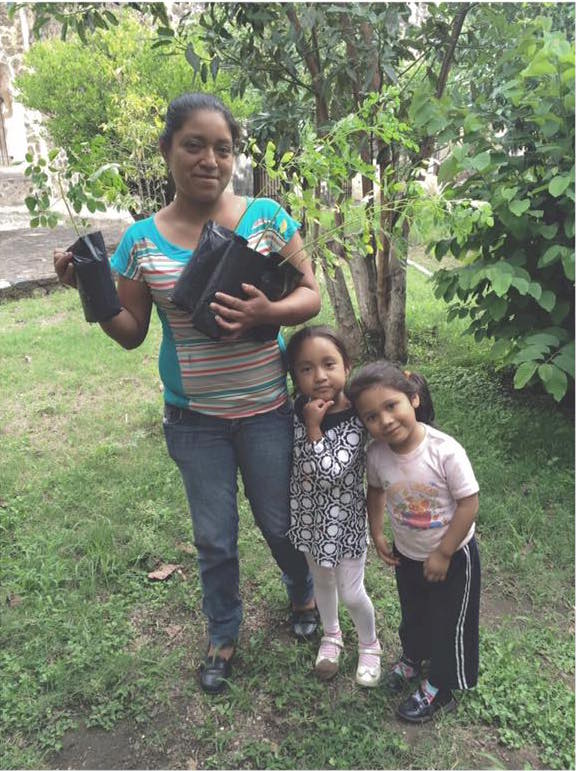 Through an alliance made from another Unreasonable Mexico venture, Kukua has started expanding into the state of Oaxaca. So far, they have planted over 1,000 trees, and they expect their second program to include between 100-250 women.

“We want thousands of women in our program and to make moringa accessible to the base of the pyramid,” said Rauh-Hain. “We’re very excited about Oaxaca because it’s a state in Mexico that really needs help. We started in a closer community that was easy to get to, but now we are expanding to our objective.”

Moving forward, once the women in the communities of Morelos and Oaxaca are able to grow enough moringa, Kukua plans to purchase it directly from them to expand their own product offerings and provide further income for the women they support.

This generation is changing the way Mexico does business. Tweet This Quote

Even though they are a young startup, Kukua believes they are part of a generation that is changing the way Mexico does business.

“If we are a successful company, a lot of people will be inspired to do something similar for our country,” said Garcia. “My dream is to make a collection of social businesses in just one area and see how we can evolve. It would also be great to scale internationally, but before we start looking in other countries, we need to concentrate here. There’s a lot to do.” 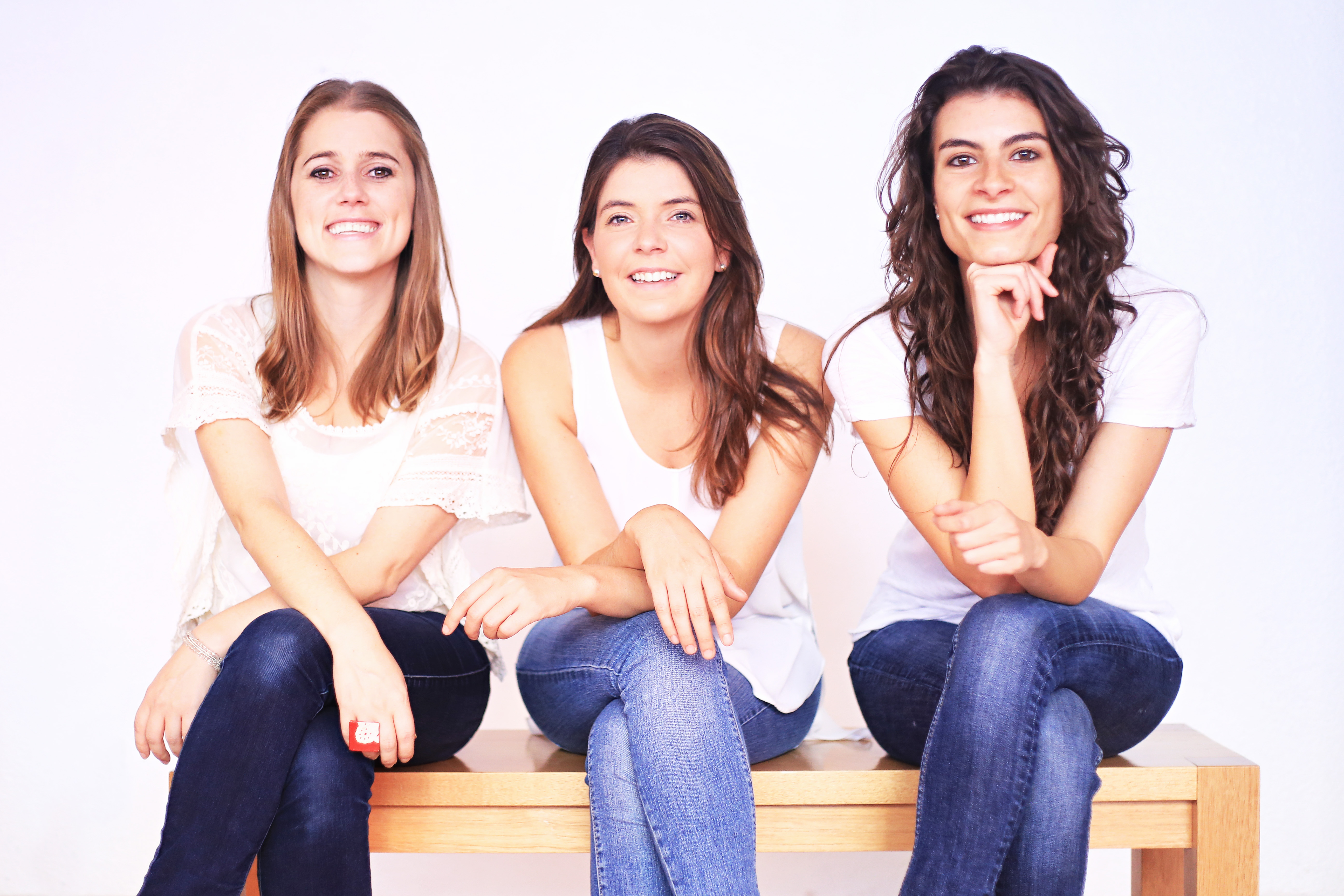 The founding team of Kukua

Check Out Their Products Here!

How Do You Sell to Customers Who Can’t Pay Upfront?

How Do You Sell to Customers Who Can’t Pay Upfront?