Tourism is one of Mexico’s fastest growing industries, accounting for over 8% of GDP and employing over 3 million people. International tourists traveling to Mexico surpassed 7.9 million in the first three months of 2015, a new record of growth building upon a record high year in 2014 with over 22 million tourists. Consequently, between 2010-2014, hotel revenue increased at an annual growth rate of 12.5%, from 13 billion USD to 21 billion USD.

Tourism is one of Mexico’s fastest growing industries, accounting for over 8% of GDP. Tweet This Quote

Despite a hospitality industry that’s booming in order to accommodate increasing numbers of foreign tourists, many hotels in Mexico struggle to compete. Entrepreneur Sofia Cruz del Río Castellanos saw an opportunity to help hotels stand out—through the work of artisans.

“I started my company because there was a market need for artisan goods to improve the experience of tourists,” said Castellanos. “Tourism is very strong in Mexico. Foreigners come to have contact with our culture, but they often don’t get the chance when they stay in hotels. Many Mexicans don’t value traditional artisan goods, and without them, we lose our unique history. It’s become a big problem culturally.” 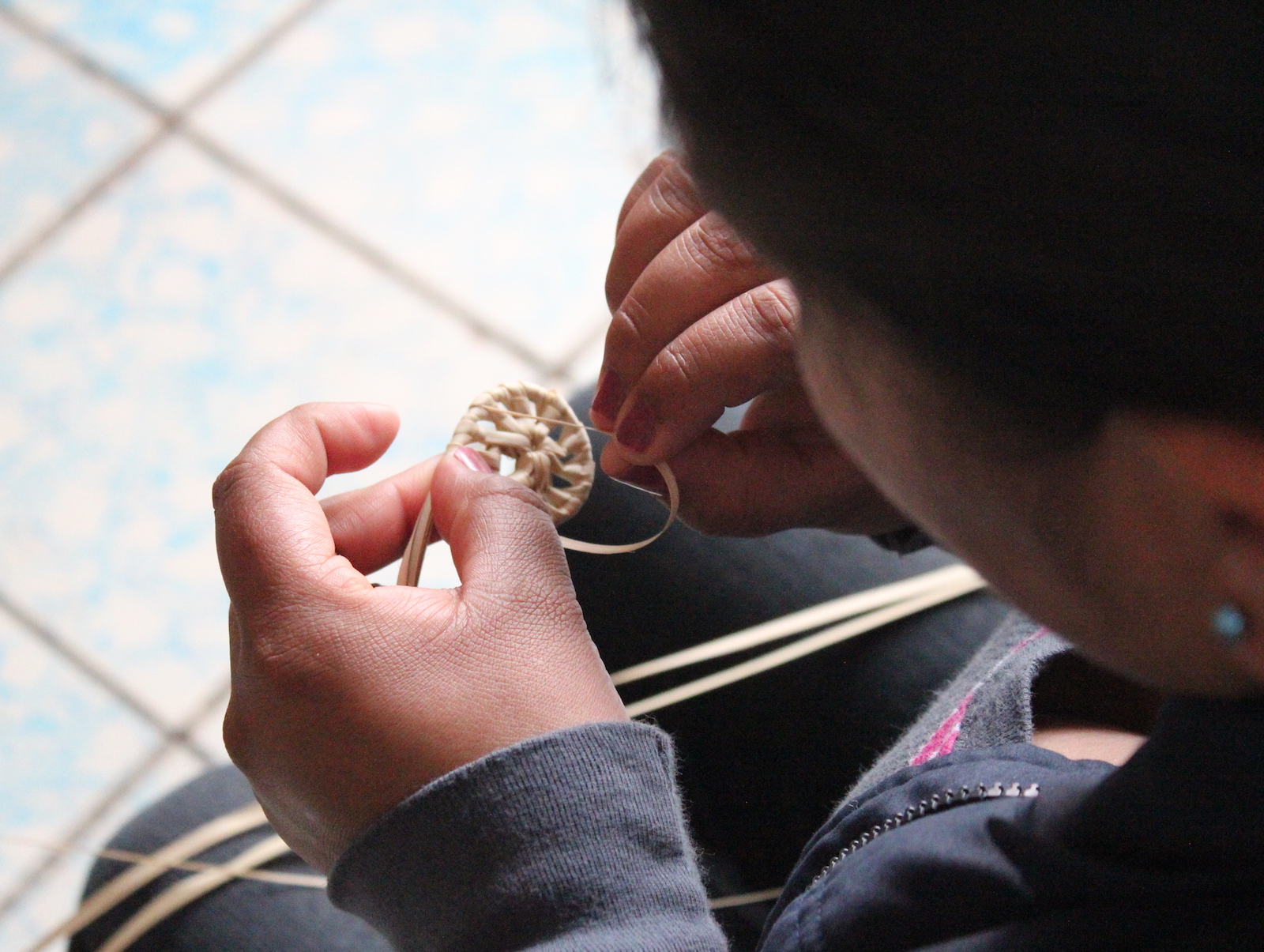 An artisan who works with Mexikatekatl works on her technique

Once she discovered this market opportunity, Castellanos realized that she could not only impact the tourism industry, but she could also help preserve Mexican culture while changing the lives of thousands of artisans. In 2013, she founded Mexikatekatl—a company that works directly with artisans to design products that satisfy the needs of the hospitality industry.

The company operates in two main areas. First, it helps hotels thrive by enabling them to design 100% handmade and customized goods that when placed in their lobbies or rooms would improve the guest’s overall experience. Second, Mexikatekatl helps local artisans formalize their businesses, equipping them with the skills to access the tourism market and earn a stable income.

Castellanos acts as the liaison between hotel clients and artisans. She works with clients to determine what products or amenities they need and the particular style they desire. Then, she conveys that information to the artisans, who determine the options given their particular methods of expertise.

Mexico has the highest rate of income inequality of all 34 OECD countries. Tweet This Quote

Artisans are workers who practice a skilled trade or handicraft. In Mexico, the vast number of pre-Hispanic cultures and the postcolonial influence strengthened the diversity of artisan techniques across different regions—from woodwork and ceramics to jewelry and textiles.

Although artisans have been historically and systematically excluded from economic census counts, it’s estimated that between 4-10 million artisans practice their techniques in Mexico. However, over 80% are between 40-80 years old. Younger populations aren’t learning the traditional techniques as much because they don’t receive adequate governmental support or legal protection. According to Castellanos, Mexico lost 30% of its artisans in 2014 alone. 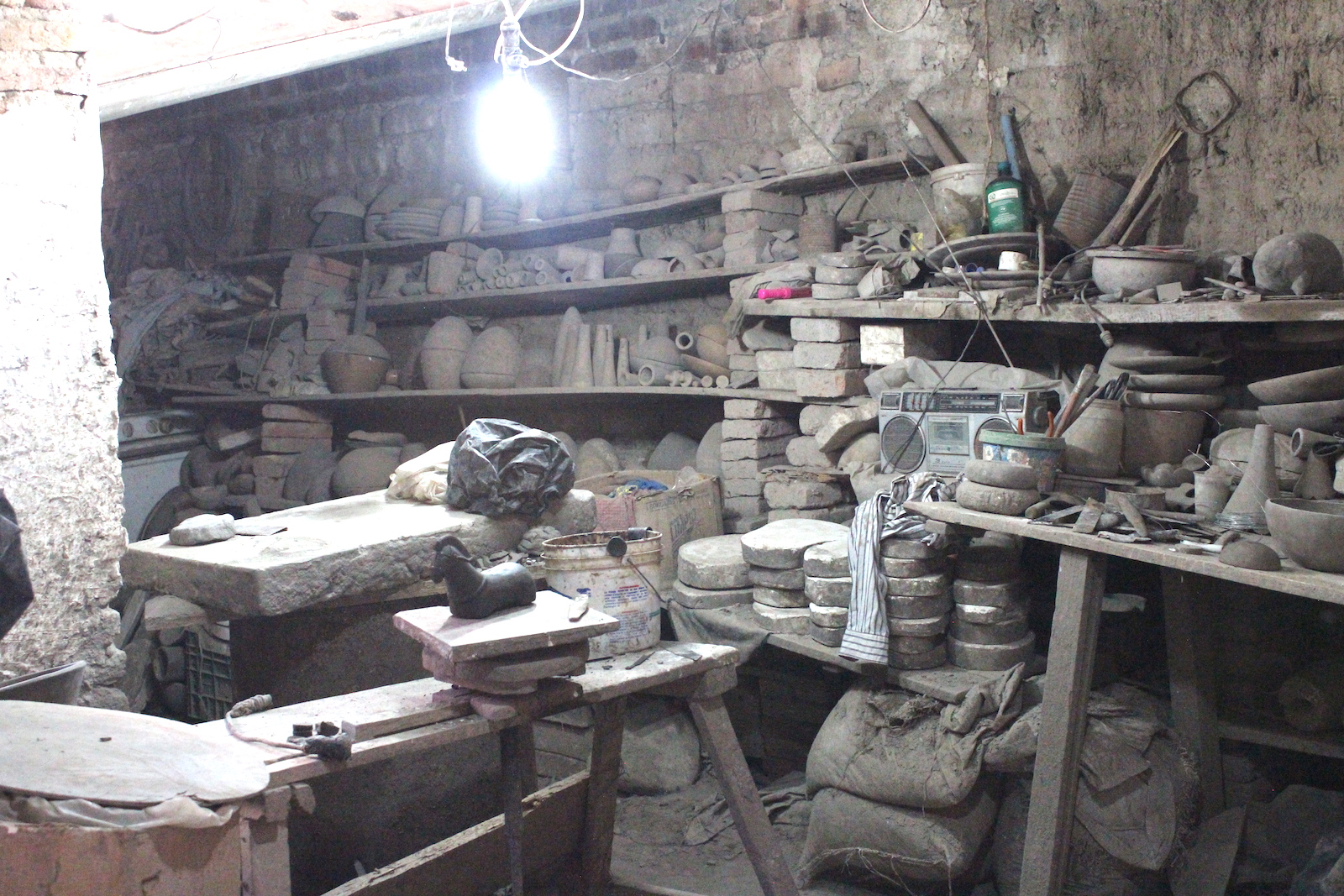 Inside the workshop of one of Mexikatekatl’s various artisans

“I found that a huge problem existed with craftsmanship because it’s not valued as an industry,” said Castellanos. “Artisans are poorly paid, they often lack education, and they don’t have sufficient opportunity to access a market that would pay them well.”

According to Castellanos, an influx of cheap goods, largely from China, has made it difficult for higher quality artisan goods to compete in the market. Furthermore, Mexico has the highest rate of income inequality of all 34 OECD countries, with the richest 1% owning 43% of the country’s wealth. Nearly half of the 122 million citizens remain under the poverty line. Without education, artisans tend to suffer disproportionately within this system.

Castellanos is dedicated to changing that. Her process is highly collaborative and tailored to the client’s needs. With mastery of over 35 traditional handicraft techniques, Mexikatekatl artisans can create almost anything. Products range from placemats to drinking glasses to bath soaps; artisans make them with clay, glass, palm, wood and volcanic rock, among others.

Nearly half of Mexico’s 122 million citizens remain under the poverty line. Tweet This Quote

“I’m not artistic at all, so I admire the artisans a lot,” said Castellanos. “I’m fortunate I get to work every day with passionate people who pass on our historical culture with their hands. They are so creative, and every piece has a different emotion.”

Beyond connecting artisans to a more profitable market, Castellanos gives workshops on basic administrative tasks. She goes over everything from accounting to taxes. Artisans often struggle to participate in formal markets because they lack the structure these skills provide.

“Education is a principal problem we have in Mexico,” said Castellanos. “Artisans are taught how to improve the quality of their products, but no one spends time on administrative tasks. In a way, we’re like an incubator or accelerator, teaching them the tools and knowledge to help them become great entrepreneurs.”

To date, Castellanos has given workshops to five artisans and has worked with 15 hotel clients, six of whom have become repeat customers. She is also in the process of differentiating her company into two parts: the commercial part will be rebranded and called TEKITI, while the workshops will remain the focus of Mexikatekatl.

A Mexikatekatl artisan working with beads

In the upcoming year, the startup plans to grow its team, expand into a more structured pilot, and start exporting goods, mainly to the United States.

Most recently, Castellanos was one of eight entrepreneurs selected for a program called “The Society of Public Entrepreneurs” through the Laboratory of Entrepreneurship and Transformation (LET) at the Monterrey Institute of Technology in Santa Fe. Through this program, she plans to fight to bring the issue of economic opportunity for artisans before Mexico’s Senate and raise awareness among decision makers.

“I would like to see Mexico become a more just country,” said Castellanos. “If we can contribute to reducing the gap of economic inequality and promote fair trade, that would be great. The end goal of my company is that artisans become independent.”

Check Out Their Products Here!