Bringing Space and its Data Within Reach for People Everywhere, Every Day

xelspace is making access to space – and its data – an everyday reality with smaller, more flexible satellites. Until now, high-resolution satellite imagery has been an expensive and low-frequency service, often left to national governments. But now, with the increasingly low costs of microsatellite technology, it’s possible to provide high-frequency coverage of the entire Earth to private companies or research institutions. This company captures imagery of the entire planet’s surface with human activities once every single day, enabling things like accurate forecasts of the best harvest times and detection of illegal logging.

President and CEO of Axelspace, Yuya Nakamura, discusses how microsatellite technology will enable us to better understand what is happening on our planet, so we can work to better protect it.

What inspired you to start this company?

When I was a university student, I was fortunate enough to get involved in a student microsatellite project. No one in the world had ever built such a satellite, so the team had to create it from scratch and thus learned everything about it. The satellite was launched in 2003 and became the world’s first successful student satellite.

By the time I graduated from school, I had worked on three microsatellite projects. While many of our team members chose to work for conventional companies, JAXA (Japan Aerospace Exploration Agency) and even non-space companies, I was struggling to find a way to continue making microsatellites, particularly “practical” microsatellites for people around the world. I was unable to find such a company, though. So I thought, then why don’t I create it? I decided to start a new company with two of my colleagues.

Why solve the issues you’re trying to solve? Why does this matter so much to you?

“Sounds romantic!” or “It’s like a dream!” People often say such things when I talk about my business. I believe they are trying to compliment me, but it brings me a slight sense of disappointment. I have to face the fact that space is still (psychologically) far from our daily lives. I have long been involved in microsatellites, and I know they can bring a lot of unique benefits through their various capabilities in orbit. As one of the engineers who developed the world’s first successful student satellite, I wanted to change the situation by creating new values using our technology. Ever since I started the company, my ultimate mission has always been to make it far easier to utilize space and share values of space with people around the world. The company slogan is “Space within your reach.” 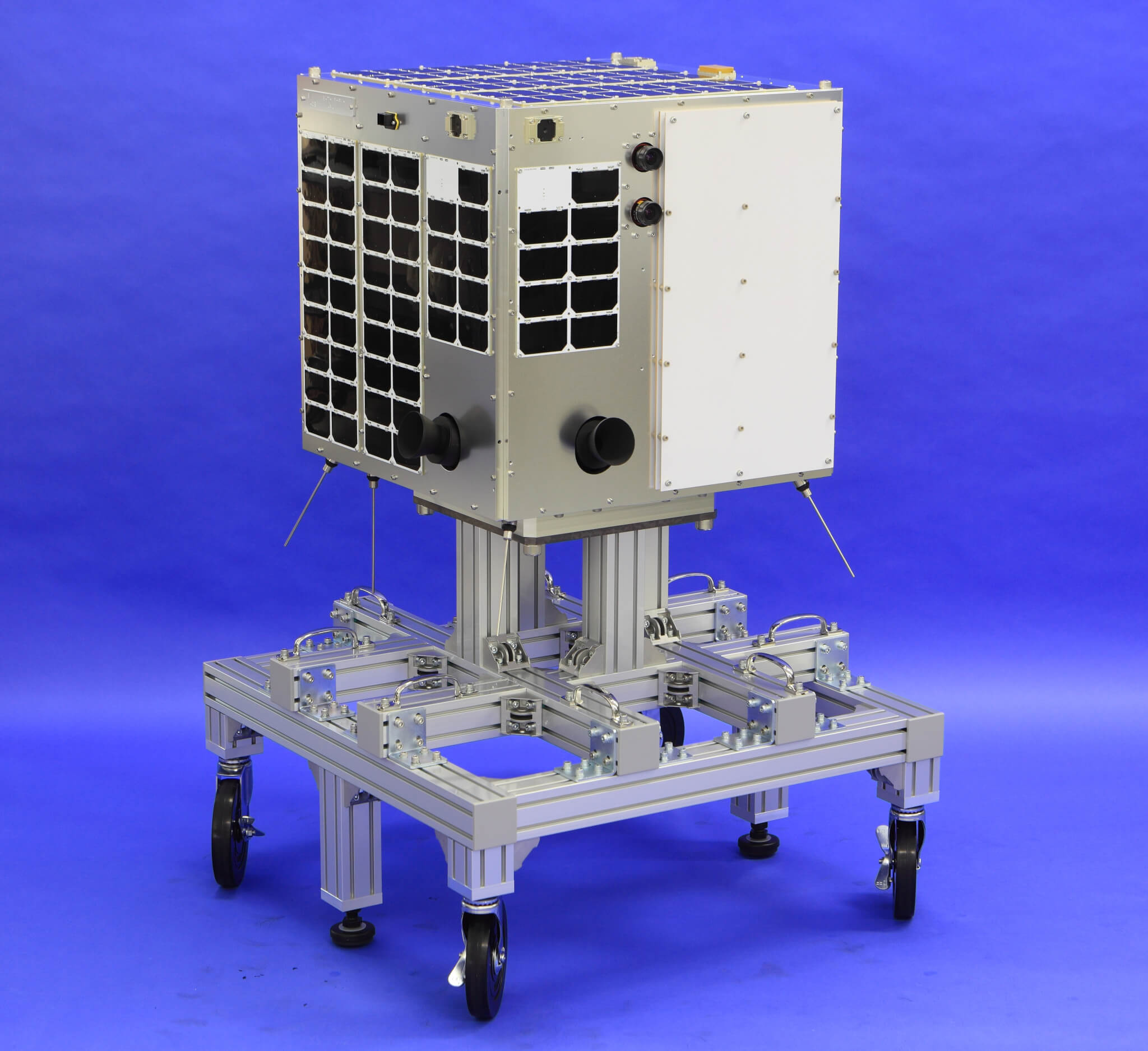 Why is your product unique?

We have no NASA or JAXA experts in the company. We have built our unique development style and quality assurance technique to keep the cost overwhelmingly lower than conventional manufacturers. At first, JAXA experts mostly ignored us because they thought that microsatellites would never become practical. However, we have drastically improved the performance and quality of our satellites since our university days. In 2016 we signed a contract with JAXA to develop and operate their microsatellite, which means that JAXA officially endorsed our technology. 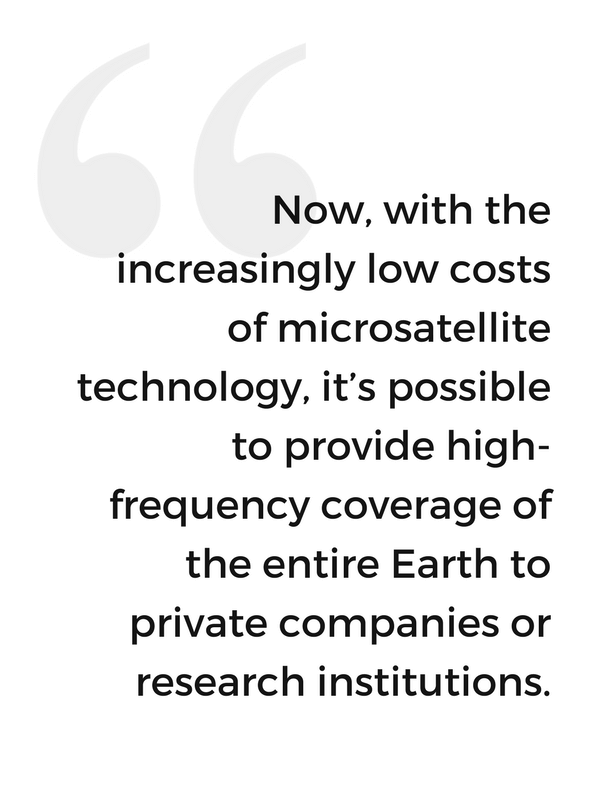 Regarding the business plan, we have to admit that there are several strong competitors that have already launched many microsatellites to frequently monitoring Earth. One of our biggest differentiators, though, is that we pursue “open platform” and B2B2B/B2B2C-type business. We will become the owner of a “space big data” platform, which contains rich business intelligence in a wide range of industries. However, it is almost impossible for us to provide every application that satisfies specific needs in each industry. Moreover, we need to combine industry-specific and non-space data (which we do not have) with space data to meet high requirements from end users. To solve this problem, our answer is to create and cultivate the “space data ecosystem” with various players from various industries, and now we are actively working on that.

What has been your company’s proudest moment been to date?

There are two best moments for me. One is the moment that we received the first signal from our first microsatellite. We had worked so hard with our client to make it happen. We started the project back in 2008. At first, we planned to launch the satellite in 2010. However, we had difficulties finding a launch vehicle, and we had little knowledge and experience about commercial launches of small satellites. We had to wait so long until we finally signed a launch contract in 2013. When I saw the rocket going up in the sky, I felt as happy as when my daughter got married. We were just praying when the satellite first came above Japan that we would receive a signal from it – and we did! The microsatellite was telling us that it was in good shape in orbit. As an engineer, I was so proud to have made the world’s first successful commercial microsatellite. 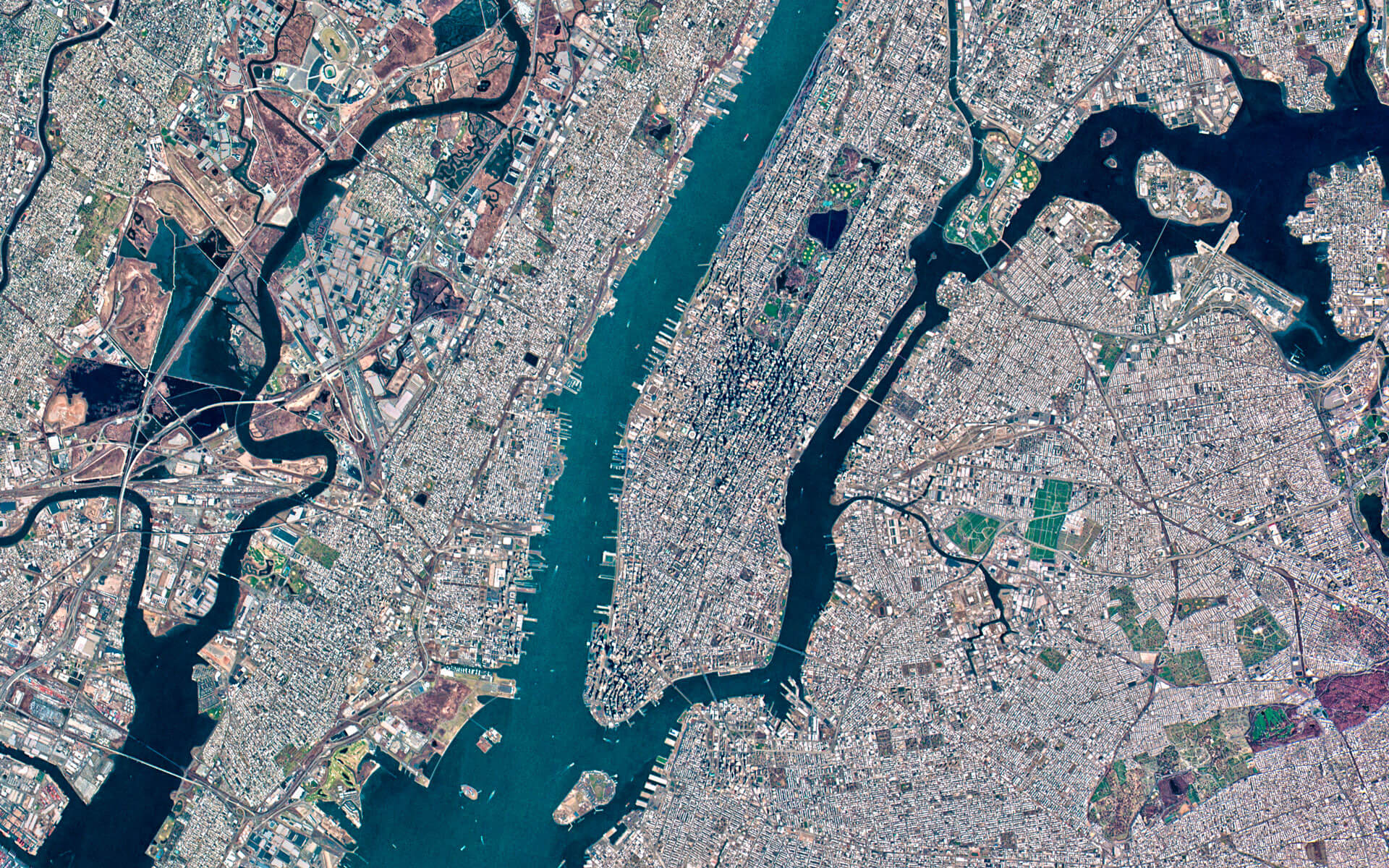 Imagery of New York City captured by one of Axelspace’s microsatellites.

The other is the moment we succeeded in fundraising in 2015. It was tough work to convince Japanese investors. Most of them had been investing only in IT startups and had little knowledge about space business. The amount of money needed is huge, and it takes years to become profitable. There are so many uncontrollable inherent risks about politics, regulations, international affairs, launch failures, and so on. We persevered and improved our business plan whenever we received negative feedback or comments from potential investors. Our passion finally paid off, and we raised JPY 1.9B (USD 17M). In Japan, it is uncommon to raise such a big amount in a Series A.

We hope that our satellite big data platform will become an indispensable information infrastructure. With 50 microsatellites, we collect data of the whole Earth from orbit every day. This data amount increases by at least 8 petabytes per year. Business intelligence is automatically extracted from such a huge database using deep learning technology, and it’s delivered to customers in a timely manner.

What this means, for example, is that farmers can reduce fertilizer consumption and get a yield increase. Fish farmers can avoid financial loss caused by unexpected red tides. Marketing teams can find appropriate locations for a new convenience store by monitoring the daily flow of people. Traders can get some insight from the daily increase or decrease in the number of cars for export in order to determine their next action. This is how our space data platform would contribute to efficient and healthy lives.

How to Pick the Right Co-Founder for Your Startup

How to Pick the Right Co-Founder for Your Startup