The Most Responsible Fabric on the Planet: Q&A With Thread

The clothing industry is the second largest polluter in the world; only oil contaminates more. “Fast fashion” emphasizes getting the latest trends from catwalk to consumer as fast and as cheaply possible. This perspective on the clothes we wear every day devalues the materials, mistreats the laborers, and obfuscates the supply chain.

Thread is bringing transparency and fair treatment back into apparel by producing fabrics transformed from plastic bottles found in the streets of some of the poorest communities on the planet. More importantly, this company is on a mission to end poverty by creating dignified jobs alongside nonprofit partner Team Tassy – their stories inextricably linked after the devastating earthquake in Haiti in 2010.

The clothing industry is the second-largest polluter in the world; only oil contaminates more. Tweet This Quote

Today, over 1,300 Haitians collect the plastic bottles that become Thread™ fabric. Each yard of fabric is tracked from the “first mile” to the last, where it winds up in the products of global brands seeking smarter sustainability practices. According to its most recent Impact Report, Thread created 3,845 income opportunities in Haiti and Honduras and exported over 378,000 pounds of plastic waste in 2016 alone.

Most recently, Thread launched its new collection with Timberland called Thread X Timberland. The shoes, t-shirts and bags incorporate Thread’s fabric and tell the story of what it means to go from Ground to Good™ and reframe what it means to be fashionable.

Unreasonable sat down with Ian Rosenberger, founder of Team Tassy and Thread, to discuss why he went to Haiti in the first place, how he formed his philosophy on poverty, and why we need an apparel revolution. 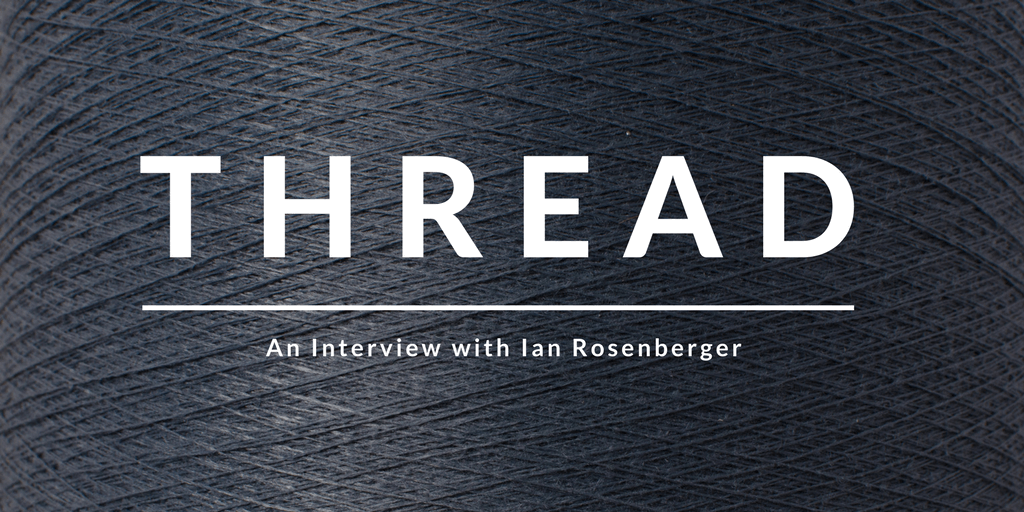 What emotion or feeling made you decide that you had to go to Haiti after the earthquake in 2010?

Ian: It’s so hard to say. When 9/11 happened, I felt I wanted to go to New York City. I just felt like I could be useful. I didn’t go, and I regretted it. I told myself when something like that came along, I was never going to let myself regret that again. So when the earthquake in Haiti happened, and that was nine years later, I said I’m going. It’s all about timing. Everything that had happened up to that point brought me to January 12, 2010.

I had to kind of throw away all the things that I knew. Like, I knew I probably wasn’t supposed to go, and I would probably be a pain in the ass and be in the way. But it felt like I had the permission from myself to go. I wasn’t going with any intention of starting a business; I just wanted to figure out how to help.

How did that experience lead to Team Tassy? How did you meet Tassy?

Ian: On the last day, there was this kid I met. He hopped into the back of the truck that I was in, heading to his local church, which at the time was this old burned out gas station. This kid had this huge tumor on his face. I mean, the size of a grapefruit. At first, I didn’t think anything of it. I thought it was a birth defect. Later I learned that it started growing when he was 12, and at the time he was 17, and it turned out he was dying from it. I asked why, and he just didn’t have access to healthcare. He didn’t have access to a regular check-up. His name was Tassy.

Two weeks after that first trip, I went back to Haiti. Tassy asked me for help. I said yes. At the time, I had no clue how I was going to help him. So I came home and tried to figure out what he had. That’s kind of what kicked things off.

We have to reverse the idea that the cheapest is the best. Tweet This Quote

So, I went back to Haiti the next week, and I took Tassy to the U.S. Embassy and got him a refugee visa. Two weeks later, he was living in my apartment with my roommate, my basset hound and me – and he got the operation. He lived with me for 13 weeks, and I took him home to Haiti after that. That’s when I realized the entire experience was selfish. I wanted to make myself look good. This whole exercise was an exercise in vanity, and I was really disappointed in myself for that. I decided to stick with Tass until Tass didn’t need me anymore. That begged the question, what does it mean for the poor not to need you anymore? What does being poor mean? 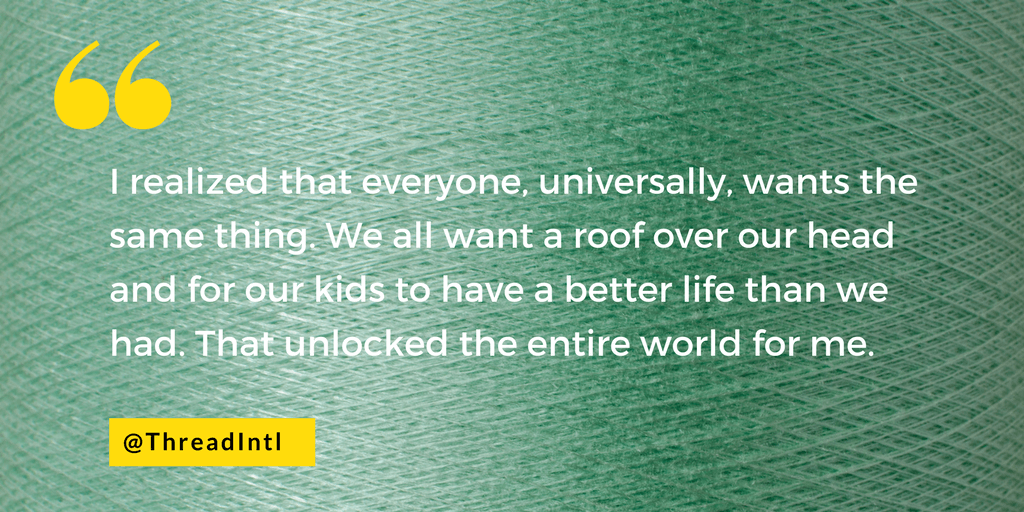 Did you find the answer to that question?

Ian: I spent about a year trying to figure that out. In the process, what I realized was that people want the same stuff. Everyone, universally, wants the same thing. We all want a roof over our head and for our kids to have a better life than we had. That unlocked the entire world for me. That’s when I realized that Tassy not needing me anymore meant having a decent job.

So I created my philosophy around the poor that led me to start Team Tassy, which places the poorest of the poor into jobs in the worst neighborhoods we can find. But in Haiti, it’s like 70 percent unemployment. Everybody was homeless. There weren’t any jobs to go around.

That’s when I went back to my journal, and I wrote: “If Haiti could turn trash to money = good.” I kept rotating around the idea. I thought, maybe I’ll try to convince Patagonia to build a factory here. That was the idea for a long time. Finally, I was like, why don’t I just do it myself? For the first time, I decided I was going to start a company because we needed to create some jobs. 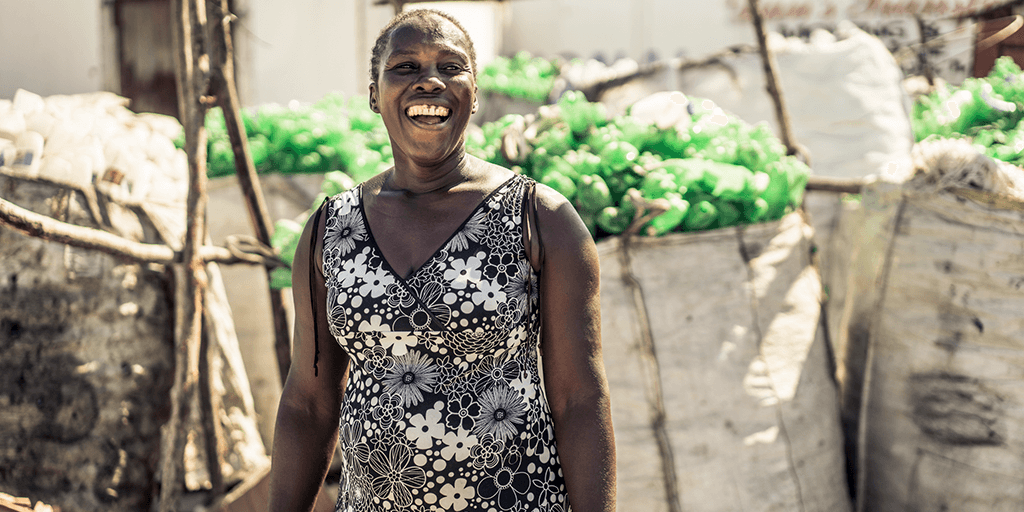 So from there you founded Thread?

Ian: Thread was a project for a couple of years. We had our fifth birthday in 2016. For the first two and a half years when we started, no one on the team knew how to make fabric. No one even had a background in textiles. We posed as graduate students and got into a textile factory in Massachusetts. They gave us a tour, and I was taking pictures and notes. “Oh, we can do this in six months!” Three years later we made our first bolt of fabric.

Now, we’ve set up the whole supply chain. We take trash from the very poorest neighborhoods in the world and turn it into fabric. That fabric is being sold to brands that are turning it into boots, bags, jeans, jackets, and more. I look at waste as a natural resource. In an area where there aren’t a lot of natural resources, trash can be one of the most valuable. 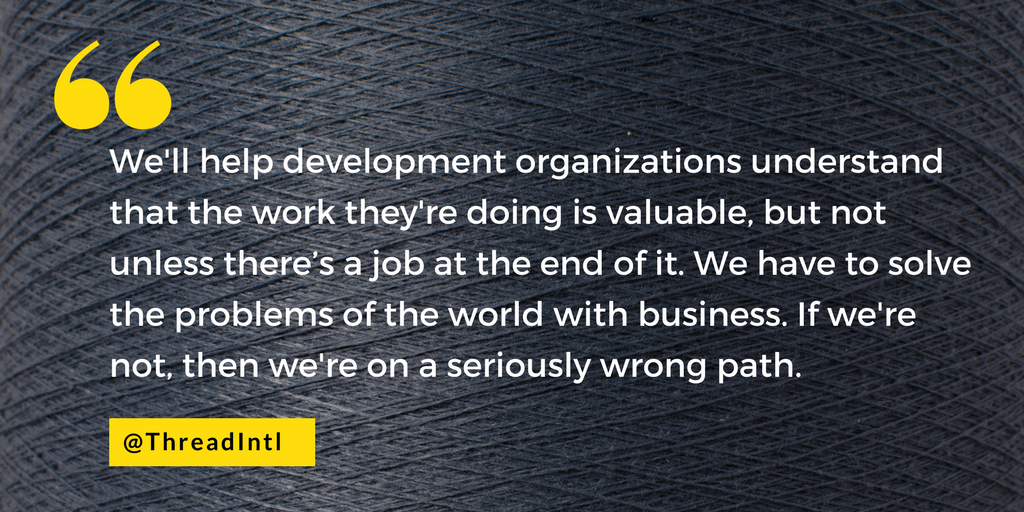 What is your philosophy on poverty and the poor?

Well, we diagnose the symptoms, we figure out the follow up, we accompany that person all the way through that process as they heal, and then we offer the opportunity for them to come back in every once and awhile to see how they’re doing. I think you have to approach it like it’s bacteria.

We have to solve the problems of the world with business. Tweet This Quote

Second, I think you have to work in a very specific area. I talk a lot about origin of goods; I talk a lot about the neighborhoods we serve. All of that’s really important to me. We can’t be effective at scale by just trying to sprinkle our ideas over a group of people. It has to be hyper-focused. Finally, like I mentioned, most people just want the same thing we all want: a job. Something they can find purpose in. If you don’t have those three ingredients, you’re not on the road to success.

I also really believe strongly that it doesn’t matter if you give somebody a job if you don’t go through the process of preparing them for the job. So you have to fill in the hole of poverty. People have to be healthy. They have to have their Maslow’s needs figured out. All the stuff that makes them fret and feel anxious. If they’re thinking about that, they can’t think about their future. 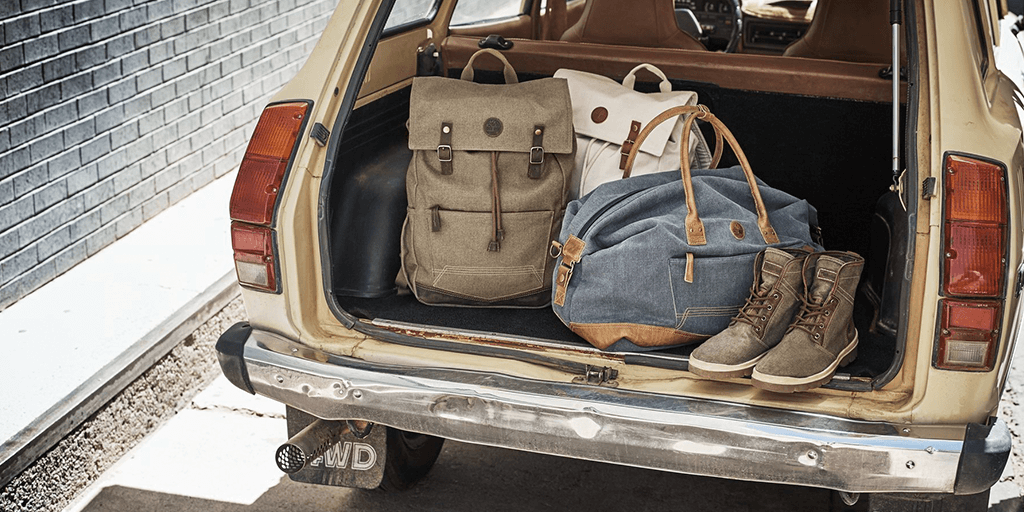 What does the world look like if you succeed?

Ian: When Thread succeeds, it changes the way that apparel buys the materials that it needs to make clothes. And that, by the way, changes the entire way we source goods. Then, we source for goods rather than convenience, understanding that there’s intrinsic value to the product that you are making. Just buying that product based on price literally devalues it.

We have to reverse the idea that the cheapest is the best. I think we’ve looked at clothes as these throwaway items, and they don’t have to be. It’s the thing that touches us more than anything else. And if there’s one thing we get right, the world will be talking about what our clothes mean in the same way we talk about what our food means. I don’t think apparel is far behind.

So I think we’ll be helped along by the idea that in the next version of our world, there’s going to be less resource, and it will be harder to throw things away. Hopefully, Thread pushes that idea along, too – that waste is a natural resource, not garbage. If Thread succeeds, we’ll change the industry, and that literally means millions and millions of people will be affected.

If Team Tassy succeeds, we’ll help development organizations understand that the work they’re doing is valuable, but not unless there’s a job at the end of it. We have to solve the problems of the world with business. And if we’re not, then we’re on a seriously wrong path. 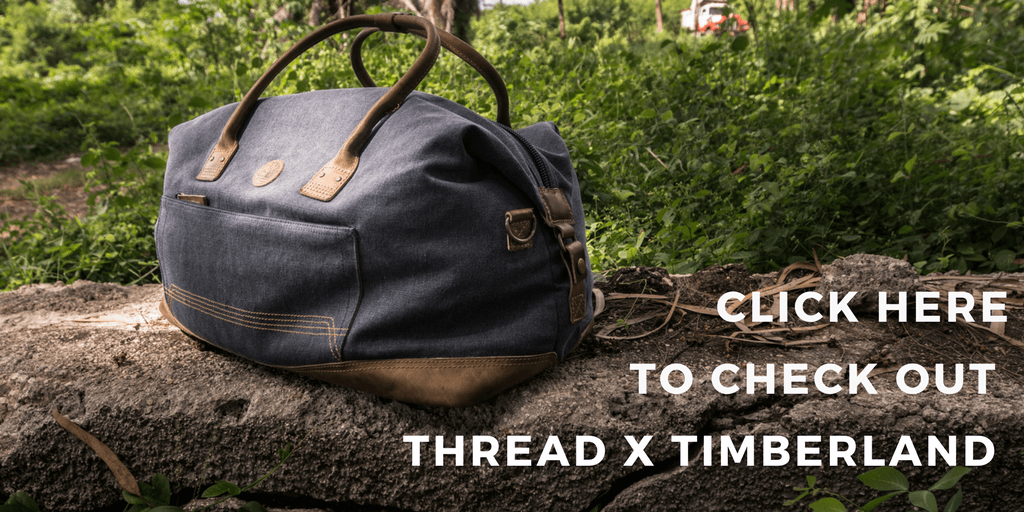 What Does It Really Mean to Be Poor?

What Does It Really Mean to Be Poor?