This Dental Startup is Making Hundreds of Mexicans Smile

The human mouth hosts over 700 kinds of bacteria, and oral infections are some of the most common diseases faced around the world. A regular oral hygiene routine keeps these bacteria at bay, but dental care is still considered a luxury to people in many countries. Consequently, many people lack access to affordable dental care. Neglected oral infections can lead to gum disease, which is a key risk factor for heart disease—the number one cause of death worldwide.

In Mexico, only 2 out of every 10 people have access to affordable dental health, and heart disease is the second leading cause of death in Mexico. With nearly half of Mexico’s 122 million citizens living under the poverty line, dental care ranks low on the priority list.

Growing up in Mexico with two dentists as parents, Marlene Aguilar couldn’t believe the vast inequality in access to dental care.

“In Mexico, universal insurance includes dental health, but only basic things like extraction and cleaning,” said Aguilar. “But if a dentist extracts your tooth, they won’t just give you a new one, so if you can’t pay, you have to search for it elsewhere. And when people don’t have teeth, they often don’t smile because it’s embarrassing. Sometimes they can’t find jobs because people judge them. With no teeth, people have difficulty eating, which can lead to poor nutrition. The problem goes much further than just clean teeth.”

Nearly half of Mexico’s 122 million citizens live under the poverty line. Tweet This Quote

In order to fill a void of affordable dental care, in 2014 Aguilar founded Natural Dent—a low-cost dental clinic that provides quality dental care to low-income Mexicans who otherwise wouldn’t be able to afford it.

Established in Mexico City, the clinic offers a variety of treatments, most often focusing on repairing damage already done. The target clients are adults with preexisting needs, such as cavities to fix or decayed teeth to extract and replace with dentures. 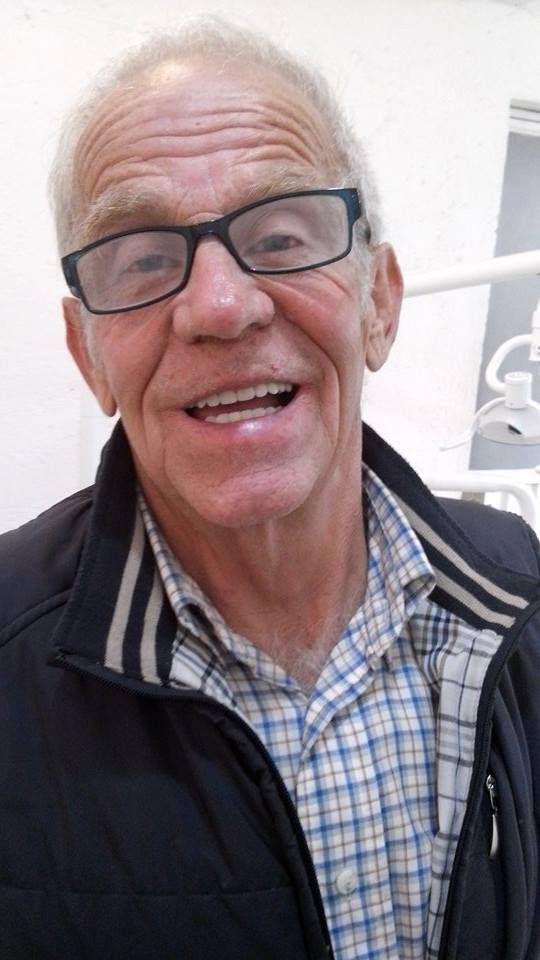 A Natural Dent patient showing off his new dentures.

In addition to the clinic, Natural Dent has its own laboratory in house, which is uncommon. Having a lab gives the startup a competitive advantage, as they have more control over the pricing of services.

“Dental hygiene is very expensive because people place a high value on their services,” said Aguilar. “They go to university and make a lot of sacrifices, so they should be rewarded for their work. But it’s very subjective. They hike their prices up for people with completely different realities.”

Natural Dent prides itself on keeping prices low without sacrificing quality. For example, they charge 150 pesos (approximately 9 USD) for an extraction. According to Aguilar, other private clinics often charge over twice as much for this relatively simple procedure. The public health sector provides this service for free, but the patient has to wait until there is availability. For many people in pain, this isn’t a viable option.

Oral infections are some of the most common diseases faced around the world. Tweet This Quote

Even though the clinic and laboratory are physically established in Mexico City, Natural Dent makes it a point to visit rural communities, set up a stand and inform people about the importance of their dental health—and, more importantly, how to find affordable care. 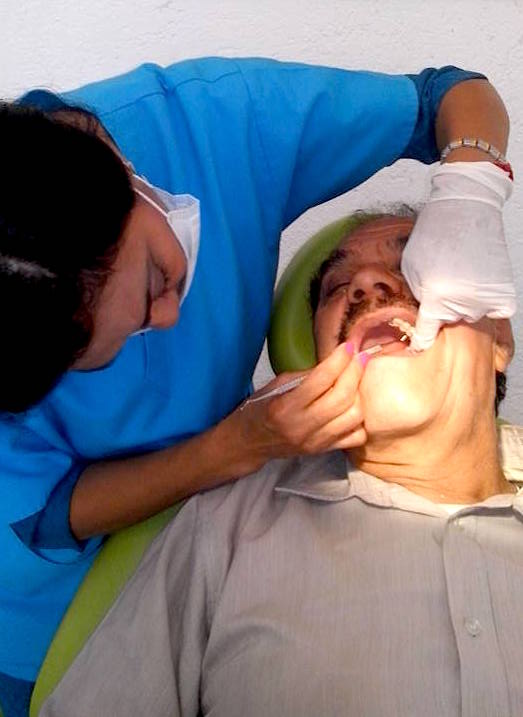 A Natural Dent dentist examines a patient in their clinic in Mexico City.

While Natural Dent has come a long way in increasing access to quality dental care in one year, Aguilar recognizes this widespread problem requires a more scalable solution than one clinic, one lab and her current team of eight.

During her time at Unreasonable Mexico this past summer, she met with mentor Arturo Galván who helped introduce the internet into Latin America. He encouraged her to think about building a digital platform that would connect dentists and patients across the country. In her conversations with dentists, Aguilar has found that many dentists, often due to prohibitive pricing, tend to spend hours at their clinics with no one to treat. They may be willing to lower their prices to participate in a network that would grant them access to a wide variety of patients from lower income levels.

Patients needing dental care should never be limited by their geographic location. Tweet This Quote

Currently, Aguilar is in the process of compiling this network by visiting dentists in nearby cities, learning about their needs and forming relationships. In addition to building the online platform recommended by Galván, she is working on forming alliances with microfinance institutions such as Monte de Piedad—a nonprofit with over 200 branches across Mexico that provides interest-free or low-interest loans to the poor.

Through these partnerships, Natural Dent hopes to attract more patients and provide additional credit options for current patients to put toward dental health. 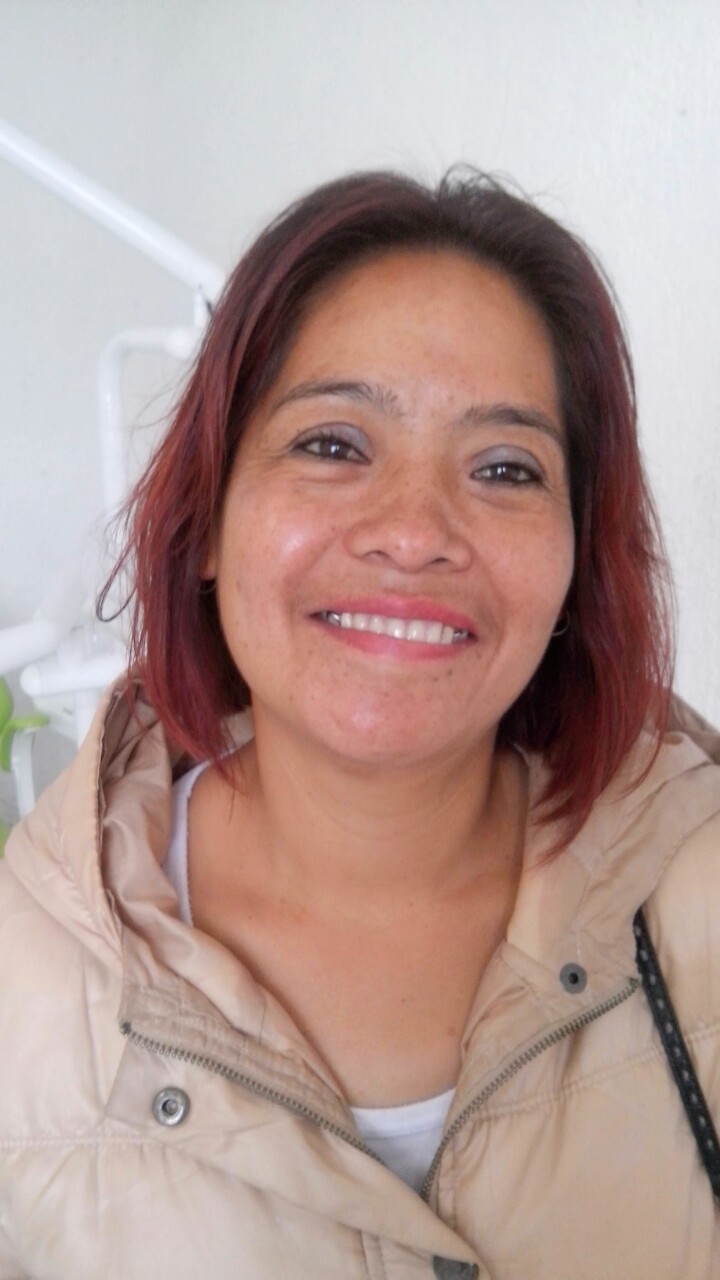 “What motivates me is simply seeing people smile,” said Aguilar. “Many people can’t live life fully because they’re embarrassed to smile, so I love hearing stories from patients about how having teeth again improves their lives and overall happiness.”

To date, Natural Dent has offered dental services to over 600 people in Mexico City and surrounding rural communities. The startup has also been published and recognized by the National Autonomous University of Mexico (UNAM), the largest research university in Latin America.

In 2016, the startup aims to further standardize its prices and services and increase its online network to include dentists across Mexico. The long-term goal is for patients to locate the closest affordable dentist and never again be limited by their geographic location.

What Gandhi Can Teach Entrepreneurs About Vacation

What Gandhi Can Teach Entrepreneurs About Vacation