Uwe Rolli was destined to work with waste. As a child growing up in Germany, he would routinely investigate the trash his mother took out and to her dismay, he would bring it back inside to play. As early as the late 1970s, Rolli started working in recycling with the German government, cleaning up highways and parking lots.

However, it wasn’t until he moved to Mexico in the early nineties that he witnessed the magnitude of the problem. As a guide for German tourists in the southern part of Mexico, Rolli would drive around various picturesque towns and beaches with waste littered along the roads and sidewalks.

Mexicans produce close to 40 million tons of municipal solid waste per year, landing the country as one of the top ten generators of municipal waste globally. The recycling rate, though, falls at just 3.3 percent.

“I realized I had to be an example of how to deal with waste and hope that people would follow me,” says Rolli.

He started by spending several years working on the treatment of contaminated soil, dabbling in various technologies that ultimately failed. One day, Rolli’s son came home from school to notify him about a new kid in town. His father was German, and he worked in waste management.

The sons set their fathers up for a meeting. Rolli learned that his new acquaintance, Oliver Hoffman, was working on a large project with the Yucatán state government to build the first recycling plant in the local capital of Mérida. Three hours of talking later, Rolli and Hoffman started devising plans to work together. 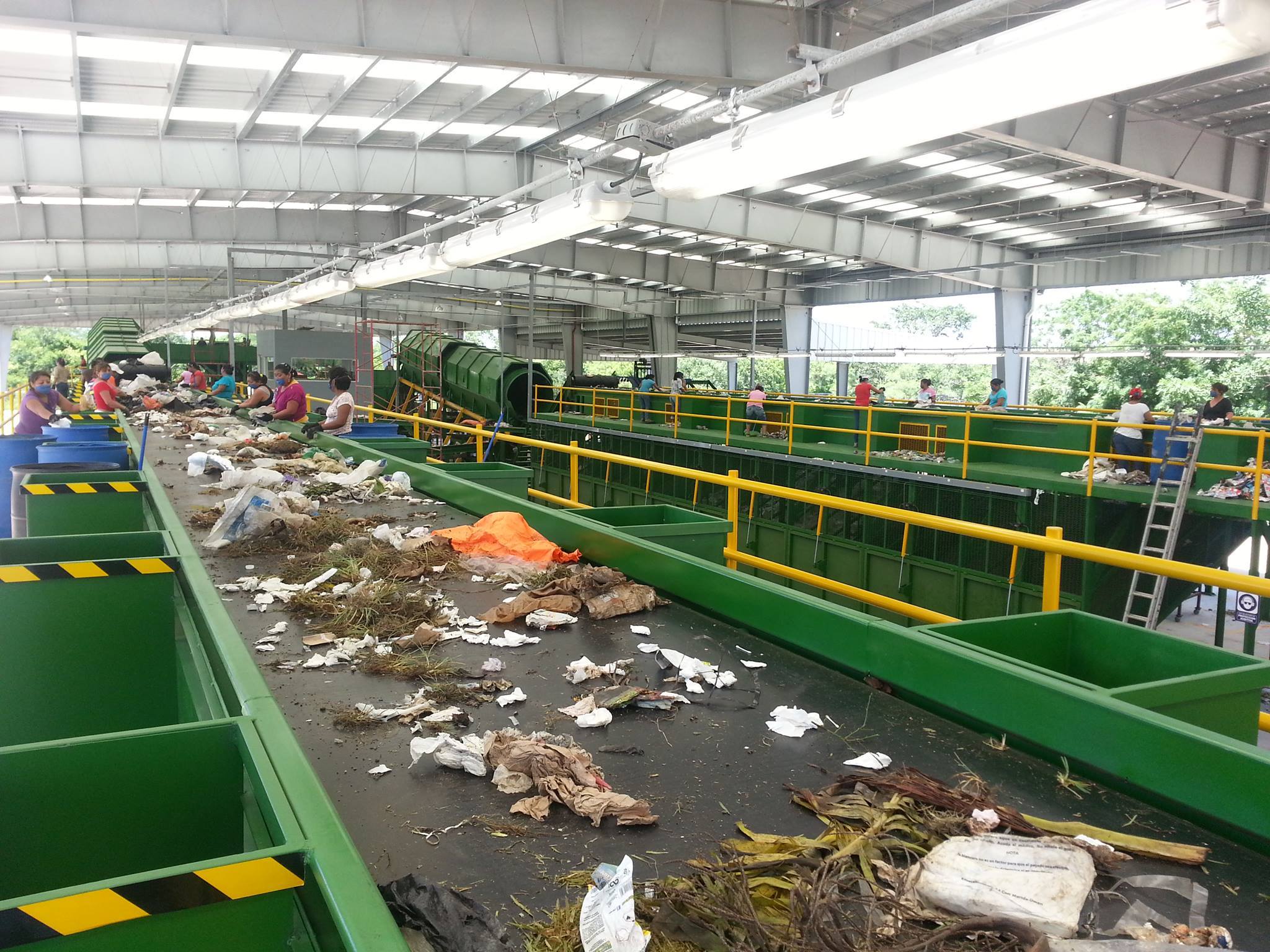 One of the recycling plants where Gammakat operates. Photo courtesy of Uwe Rolli.

Gammakat, co-founded by Rolli and Hoffman, turns waste products into solid fuels, called refuse-derived fuel (RDF) or synthetic diesel. Through contracts with municipalities or private companies, Gammakat receives the waste and sorts out the recyclable, organic substances. They produce the fuel using a waste converter technology, and then they sell it to cement and lime plants to replace traditional hydrocarbon-based fuels.

“We don’t say that we don’t produce emissions and don’t contaminate – we do,” says Rolli. “But our fuels reduce [emissions] by 75 percent compared to hydrocarbon fuels. We’re still working toward zero emissions, but we’re starting here.”

According to Rolli, with this technology, they can already eliminate 96 percent of the waste they receive by converting it to RDF. This means that for every 1,000 kilos of waste Gammakat receives, only 40 kilos remain once they have taken everything that’s usable for producing biofuel. Not only is this fuel more beneficial for the environment, but according to Rolli, it also helps the cement and lime plants reduce their production costs by 60 percent when they replace coal with biofuels.

To date, one of Gammakat’s plants receives on average 850 tons of household waste every day. The team also plans to experiment with turning the waste into biofuel for aircrafts. One day, the Gammakat team hopes to get the remaining four percent of waste down to zero. 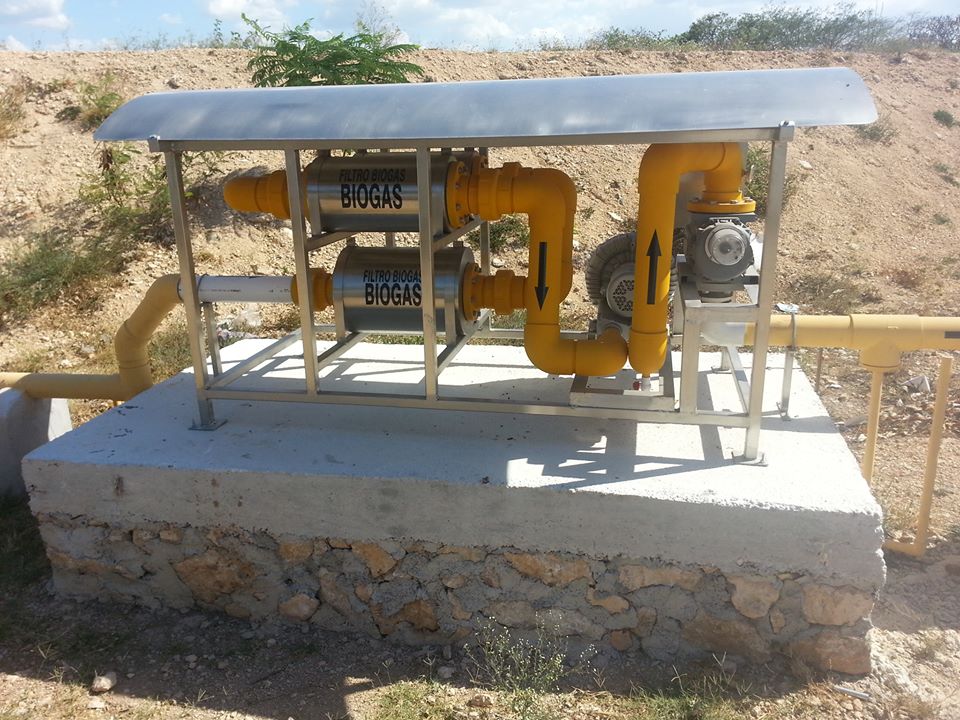 Hardware behind part of the waste converter technology. Photo courtesy of Uwe Rolli.

Yet their biggest challenge to date hasn’t been developing this technology, but rather gaining the trust of the Mexican people and investors.

Thus, the two business partners spend a lot of their time building relationships with local municipalities – like the new government of Cozumel. Even though the island only produces 200 tons of waste daily, according to Rolli, it’s still expensive for them to ship it off to landfills on the mainland. Gammakat’s solution can ease this pain point by turning this burden into an opportunity.

Currently, Gammakat works in two different plants designed by Hoffman, one in Mérida and the other in Cancún, where he serves as General Manager. Both Rolli and Hoffman focus heavily on studying what’s possible to produce from waste materials, as the composition of waste changes from year to year.

Mexico is one of the top ten generators of municipal waste globally, yet the recycling rate is just 3.3 percent. Tweet This Quote

Moving forward, in addition to building more recycling plants, Rolli envisions turning a plant into an educational showroom. With this kind of facility, Gammakat could teach other companies and university students how this technology works and all of its potential for waste management and conversion.

“If you work with waste, it’s a lifetime of learning,” explains Rolli. “If you want to know about waste, you have to live with it. You have to study it, you have to smell the waste, touch it, feel it, and you have to sleep in the waste so you get a good feeling of what it means and how to work with it.”

For Rolli, the education surrounding recycling is more vital than ever. “[Our generation] has the responsibility to build something that manages this kind of waste,” says Rolli. “We don’t have time to put it in the hands of future generations. We have to fix it now.”