On the morning of September 28th, a group of people representing Project Literacy set off from the heart of New York City on a ‘blank march’ to deliver the world’s largest petition to the United Nations Headquarters during its 70th General Assembly meeting.

757 million people around the world, regardless of class, race or gender, battle illiteracy every day. Tweet This Quote

This wasn’t your typical march or petition. Participants carried empty boxes and blank protest signs. Rather than a hard copy with a long list of names, the petition remained digital and unsigned. Instead, it left 757 million blank spaces representing the total number of illiterate people around the world who can’t read, write, or sign their own names. 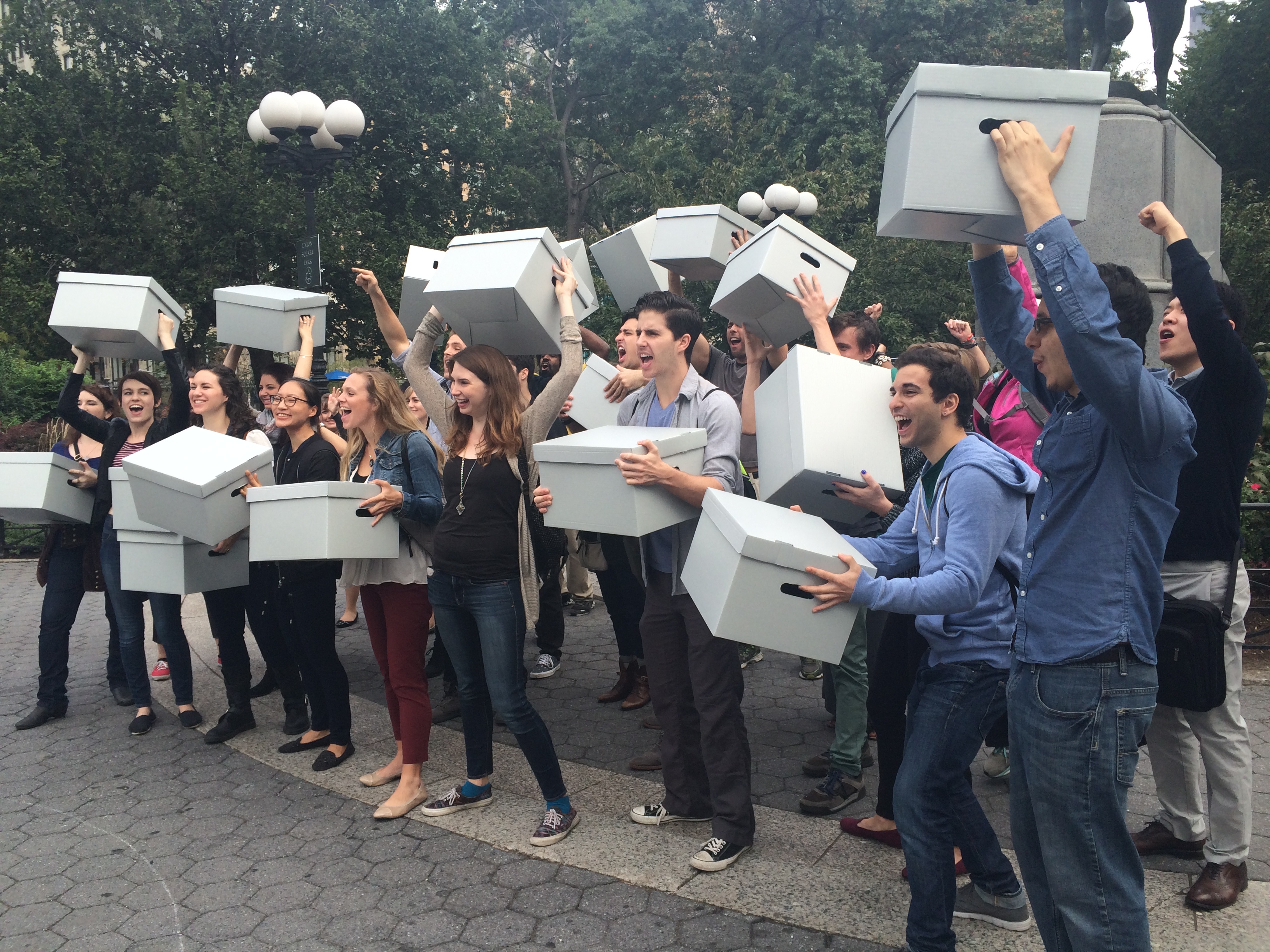 Pearson launched Project Literacy as a campaign to raise awareness of global illiteracy and spark a movement. Although illiteracy rates have decreased over the past fifteen years, 1 in 10 people around the world remain illiterate. Two-thirds of the world’s illiterate population are women.

Although illiteracy rates have decreased over the past fifteen years, 1 in 10 people around the world remain illiterate. Tweet This Quote

By the conclusion of the Millennium Development Goals in 2015, the international community aimed to reduce illiteracy rates by 50%. Most countries will miss that deadline. In fact, only 39 countries are positioned to reach that target by the end of this year. Even in the United States, 32 million adults cannot read.

This is truly a global problem. Dasle Kim, Social Impact Manager at Pearson, says, “Without literacy, you can’t make a sustainable living. It’s often not prioritized as a really critical issue, and I think this campaign is bringing it front and center.”

The blank march and unsigned petition delivery came just days after over 150 world leaders adopted the newly minted Sustainable Development Goals during the UN Sustainable Development Summit. Goal 4 is all about quality education, and target 6 of that goal states, “By 2030, ensure that all youth and a substantial proportion of adults, both men and women, achieve literacy and numeracy.”

Two-thirds of the world’s illiterate population are women. Tweet This Quote

With renewed momentum around eradicating illiteracy, Pearson strives to ensure that another fifteen years doesn’t go by with unmet targets on such an urgent issue that affects people regardless of geography or demographics. Kim adds, “Education is the most important goal because without it, all of the other goals aren’t sustainable.”

But the campaign didn’t stop with the end of the march. Along with the support of 16 partners, Project Literacy published an open letter to the UN as a call to meaningful action for all of the world leaders present at the end of September to adopt more specific targets.

Within a week of delivering the petition, 757,001,047 people around the world had already supported it with their digital signatures.

By 2030, it’s up to all of us to make sure that every child in every region of the world grows up learning how to read and write. Tweet This Quote

By 2030, it’s up to all of us to make sure that every child in every region of the world grows up learning how to read and write. How will you help?

Ensuring the Stability of Colombia By Building the Leaders of Tomorrow

Ensuring the Stability of Colombia By Building the Leaders of Tomorrow