Why Rebuilding a Nation Begins With Its Women: Q&A with Liberty & Justice

Chid Liberty’s family fled Liberia when he was only 18 months old to seek a life where they could not be touched by the national conflict that gripped their homeland. As he grew up thousands of miles away in the United States, he watched as his distant birthplace sank into an unimaginably violent civil war, and he witnessed the women’s-led peace movement that lifted the nation out of it.

When Chid returned to post-conflict Liberia after 28 years of living abroad, it was to co-found Liberty & Justice, Africa’s first-ever Fair Trade Certified apparel manufacturer, which creates jobs for economically disadvantaged women and incentivizes the growth of socially and environmentally responsible industry. 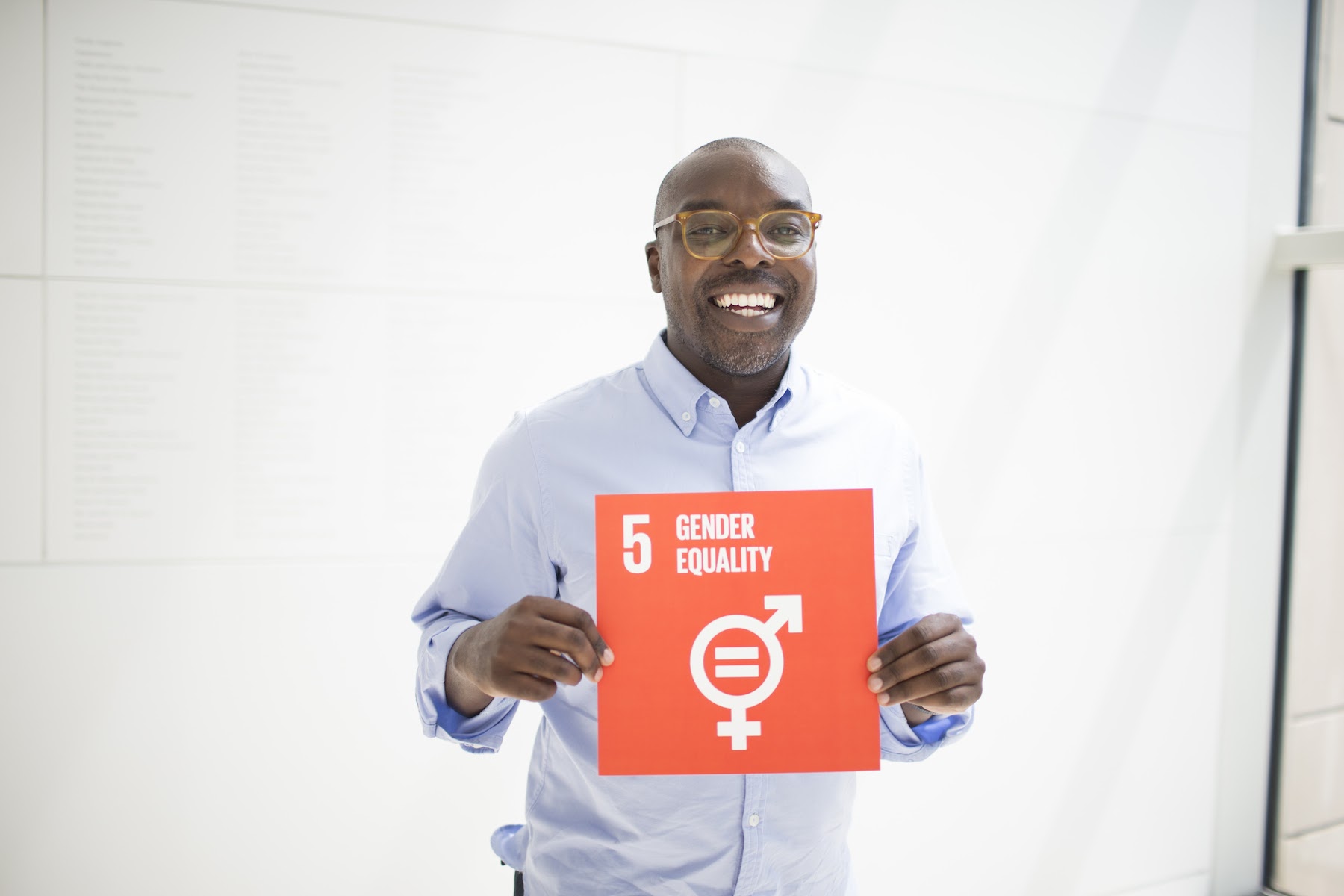 Now, he has partnered with rapper and fashion designer A$AP Ferg to launch Uniform, a tech-driven streetwear company that matches every purchase made by donating a school uniform to a Liberian child who otherwise could not attend school.

What does Liberty & Justice exist to do?

CL: Liberty & Justice is focused on building companies that create jobs for women, specifically in Africa. We believe in the power of jobs for women, especially in economies that discriminate against women. In Liberia, where I’m from, about 97 percent of our exports are in rubber, timber, diamonds, and iron ore — all very male-dominated industries.

What became clear, especially after a civil war, was that if we could get income into the hands of women, of mothers, then we would be able to touch so many different areas of impact from education to health to nutrition.

And how do you put money in the hands of women who need it?

CL: Quite simply, Liberty & Justice provides formal work for women. The first project that we did was starting the first Fair Trade Certified factory in all of Africa. The women own half of that factory. Our goal is for them to own 100 percent of the factory.

What types of jobs does Liberty & Justice create for women in Africa? 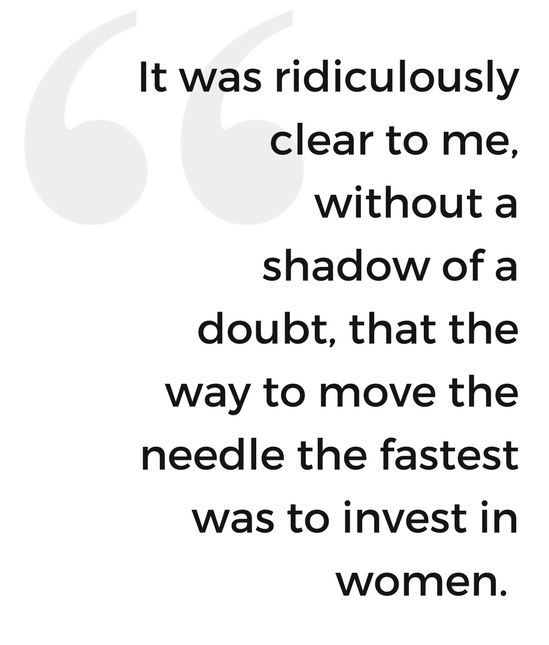 By starting a factory, you can provide a whole host of other social programs in literacy or health that could touch workers’ lives. There was a ton of demand from American brands who were coming into Africa looking for sourcing opportunities. There weren’t a lot of factories that had all the components needed to make a successful sourcing partner for most American brands, and so we felt like we could set that up.

Can you walk me through the life cycle of an article of clothing at Liberty & Justice?

CL: Definitely. It really varies depending on the article of clothing, but our most significant piece would be t-shirts. They come from an all-African organic cotton supply chain. The cotton is farmed by women in places like Senegal, Benin, and Côte d’Ivoire, and then generally it goes up to either Morocco or to Uganda to be knit into jersey fabric, or what we think of as t-shirt fabric.

That fabric is then manufactured locally at some of our partner factories. Now we have about seven partner factories in six countries. Within that network, there’s about 10,000 workers who all signed on to our Made-in-Africa way of working. Some of that fabric comes down to our factory in Liberia, where it’s cut and sewn into a t-shirt. Generally, those t-shirts get sent to a distribution center we have in good old New Jersey, and from there, you can go to Bloomingdales, or you can hop online at www.shopuniform.com and buy a t-shirt, or they go to one of our partners who distribute them however they can. 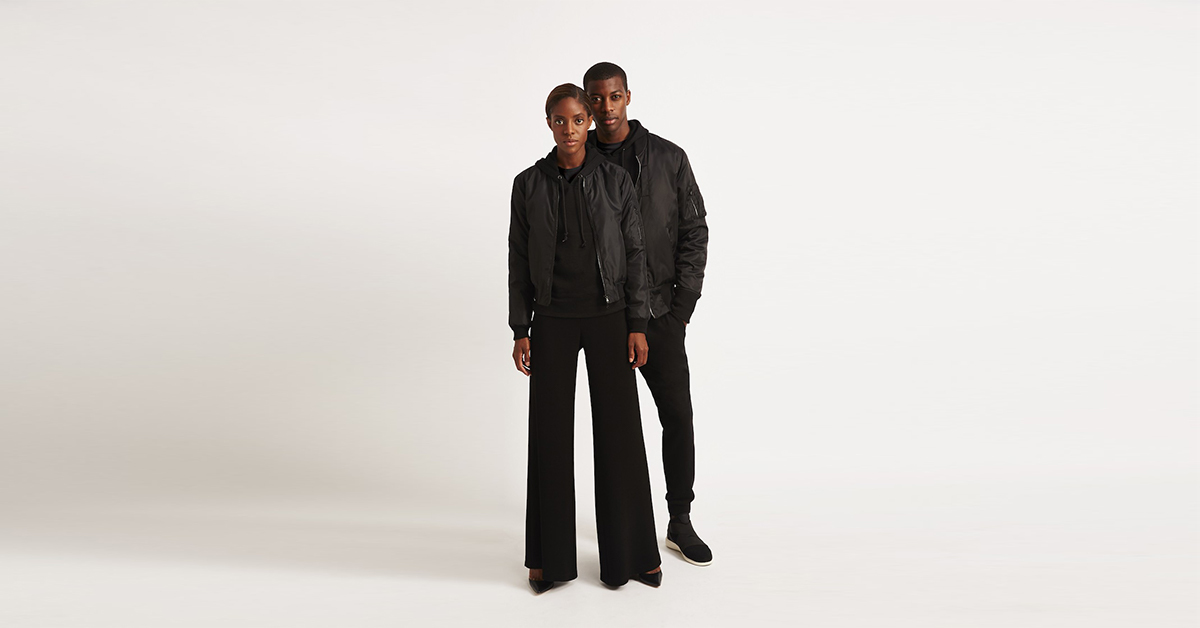 Why are the circumstances faced by women in Liberia unique?

CL: Liberia had the first woman president in Africa, which leads many people to assume that Liberia is somehow radically progressive when it comes to issues relating to gender. That is nowhere near true.

The number of women who are allowed to get an education, both by circumstance and by literally having their parents believe or not believe that they should be educated, is astonishingly low. Education level in Liberia among both genders is basically only 40 percent. For only women, it’s much lower. The number of women who can read at the age of 18 is below 30 percent.

The idea that you could provide jobs for women, most of whom are going to have no formal training, no formal education whatsoever, is a pretty radical idea. That’s how we selected the apparel industry. We felt that even with a very low literacy rate, we could provide a steady job that would enable them to be self-reliant and support their families.

Your career has taken you across an array of industries. Was there a pivotal moment when you decided that you wanted to focus your energy in Liberia and address gender equality through employment?

CL: So I started my career in music, and media, and then I moved into technology. In tech, a lot of my focus was either on financing, usually on the company and management side as a controller and Executive Vice President. Even before that, I was working in banking. I think for me, the moment when it became clear that I needed to go back to Liberia was when I heard about the women’s peace movement.

I found the story of the women in Liberia to be utterly unreal. It just didn’t make sense that despite all of the obstacles, and despite many of them being drastically illiterate or poor, they were able to come together and organize a movement that ended a war. Think about what goes into ending a war: the peace agreements, the diplomats, the armies. These women came up with a solution that was so beautiful and so simple that communicated to the world that they wanted nothing but peace. The brilliance of their organizing, their communication, their messaging — as a kid who was living in refuge thousands and thousands of miles away, it changed my life.

I knew I wanted to go and work with those women. As a Liberian, I also wanted to go back and do whatever I could to move the country along the fastest. It was ridiculously clear to me, without a shadow of a doubt, that the way to move the needle the fastest was to invest in women.