Global energy consumption is projected to increase 48 percent by 2040. According to NASA, current carbon dioxide levels in the air are at their highest in the past 650,000 years. With a growing demand for energy coupled with unprecedented emissions of this greenhouse gas, we’re trending toward a precarious future.

How do we ensure that economies thrive and that everyone receives the benefits of modern energy without devastating the planet in the process?

How do we ensure that everyone receives the benefits of modern energy without devastating the planet in the process? Tweet This Quote

Founded in 2005, LanzaTech is commercializing a technology that captures carbon-rich emissions before they escape from the flumes of steel mills, oil refineries, and chemical plants. Then, their patented anaerobic microbes (or “bugs”) convert this waste into fuels like ethanol and into new products like plastics and rubber.

LanzaTech’s ethanol offers up to a 70 percent reduction in greenhouse gas emissions compared to petroleum gasoline. Representing the circular economy of the future, LanzaTech is creating a world where massive industries that incorporate this technology stand to dramatically reduce their environmental footprints without having to eliminate thousands of jobs.

With over 20 years in the energy sector, Dr. Jennifer Holmgren joined LanzaTech as CEO in 2010. Unreasonable sat down with this author of 50 U.S. patents and 20 scientific publications to discuss the climate crisis and ask for her best piece of advice. 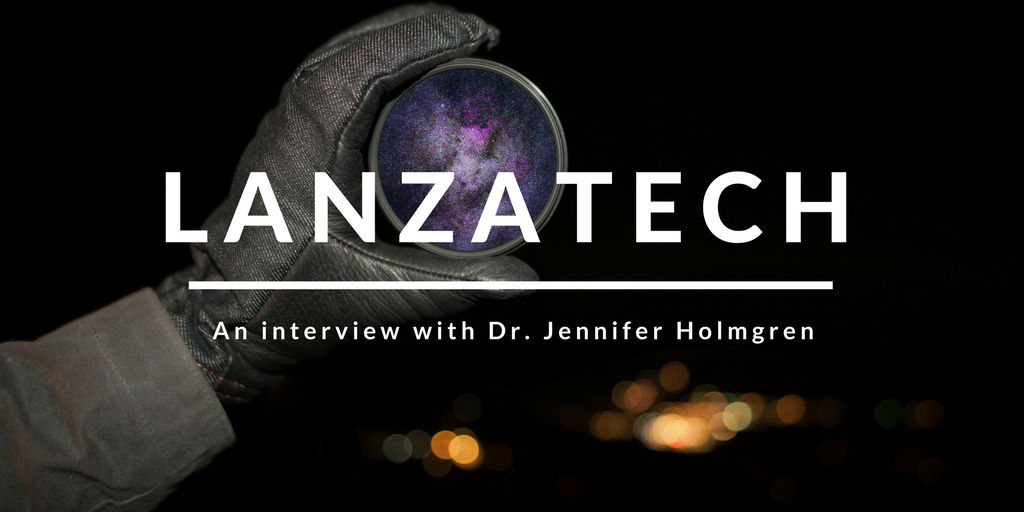 How did you end up at LanzaTech?

You know, at the time biotech was really hot, so recruiters would always call and ask if I wanted to be CEO of this company or that company, and I always said no. I wanted to retire when I was 50. That was something my husband and I had decided to do.

One day, a recruiter called about this company, LanzaTech. It was really bizarre because I’d never heard of it, even though I knew every company in the sector at that point. I said I’m not looking for a job, but I dug into it and saw that it was a really cool platform.

Then, the recruiter said, “Well you know, Vinod Khosla would like to meet you.” So I was like, OK, I don’t need a job, but I’m going to go meet Vinod Khosla. So I did, and the more I learned about the company, the more excited I got about it. He just kept stringing me along so that I wouldn’t stop thinking about it.

I could understand it the minute I saw it because I knew the power of carbon monoxide and hydrogen. When somebody said, “We have a bug that can eat carbon monoxide,” I said you’re kidding me, right? And it doesn’t need hydrogen? And it’s contaminant resistant? I thought, oh man, if we can make this work, this is super cool.

Why is this so important to you? Why is working on this problem what you do every morning when you wake up?

I think we have a crisis, actually. I think the greenhouse gas issue is a crisis. Every year, we see it get worse, and it’s going to get worse fast. I have a problem not trying to do something about that. And I’m very fortunate because I get to work on a technology to solve that problem and show the world that you can take carbon and turn it from a liability into an opportunity.

But the other reason is because, as much as I hate public speaking and being with people, I can get up and give presentations in a lot of venues. Even if I impact five people in a room, they can start thinking about greenhouse gasses and maybe remember to turn out the lights that day. Then, I’ll have done something. 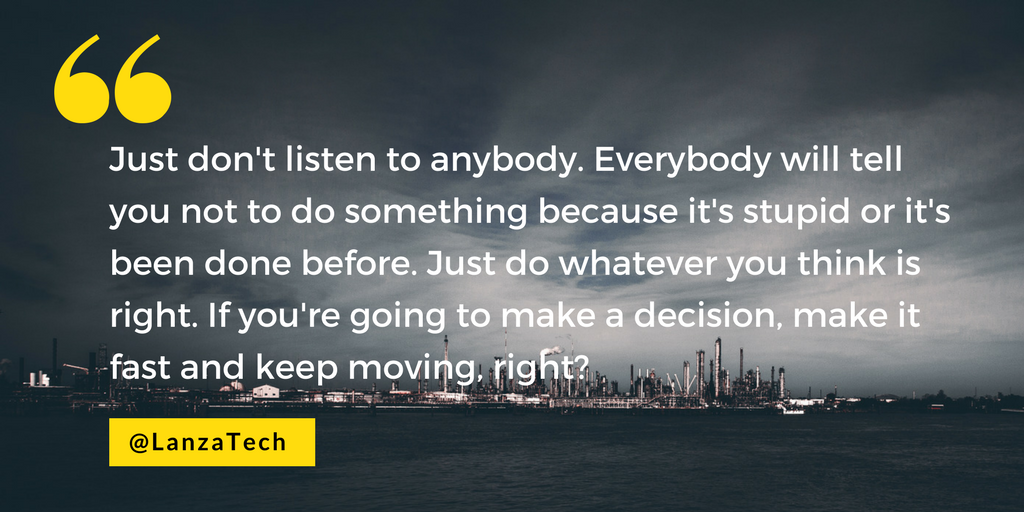 What’s been the biggest triumph along this journey?

I don’t know that there’s been some big thing. Every week, we think there’s something that is a good achievement, and we have a lot of fun. But we’ve shifted everything. We’ve changed the way we do the [fermentation reactor], and we’ve changed the bug. We’ve learned how to synthetically modify this type of organism, and nobody knew how to do that. All of these new things we’ve done show tremendous technology and progress, and it’s really exciting to watch.

We’re on the road to awesome. It’s not paved, but I can assure you the view will be really great at the top. Tweet This Quote

You know, I always write notes to the team, and I remember once I wrote, “We’re on the road to awesome. It’s not paved, but I can assure you the view will be really great at the top.” So we’re just all looking forward to seeing the view.

What does the world look like when LanzaTech succeeds?

Well, by then, I hope our technology is widespread. I hope that a bunch of startup companies say, “Oh I can do that too!” I hope hundreds of companies are doing some type of carbon capture and turning it into products, who realize you can make money from waste carbon. You can recycle it, you can convert it, and you can do who knows what with it. What I want to do is inspire a whole generation of companies to do this. And I want our technology everywhere, but I also want everyone to say, “I can do that better.” 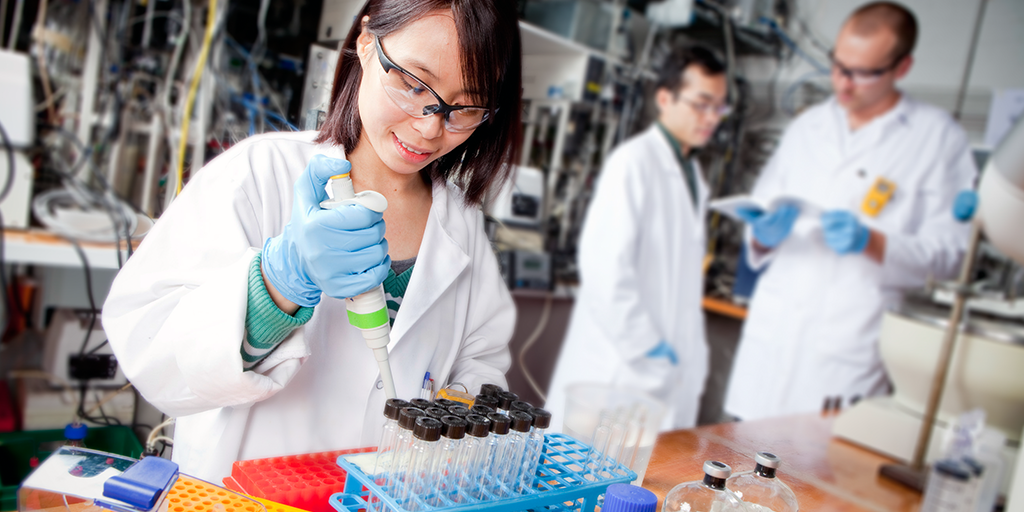 What could this mean for the circular economy?

Nature uses every bit. We have to do the same. There should never be any waste. Tweet This Quote

But most importantly to me, nature uses every bit. We have to do the same. There should never be any waste. If you use the steel mill analogy, there should be nothing coming out of that steel mill that isn’t reused either in the steel mill or somewhere else. To me, that’s what we have to do to be successful. I don’t think it’s going to be more than 15 years before the world realizes the value of reusing everything.

What happens if the company fails or this technology stalls?

It would be a real bummer if we fail, but I think we’ve already had an impact on people. And I really think we need role models in this sector. Everything looks great when you know nothing about it, and that’s what happens with technology. We human beings are like bobble heads with technology sometimes. You just have to suck it up and make something work.

Right now, we’re in love with electric vehicles and electric everything, right? And so we’re not focused on making fuels. But that’s not going to put a plane up in the air in the next 50 years. How are you going to get a 747 up in the air? You’re never going to get enough thrust without a fuel. 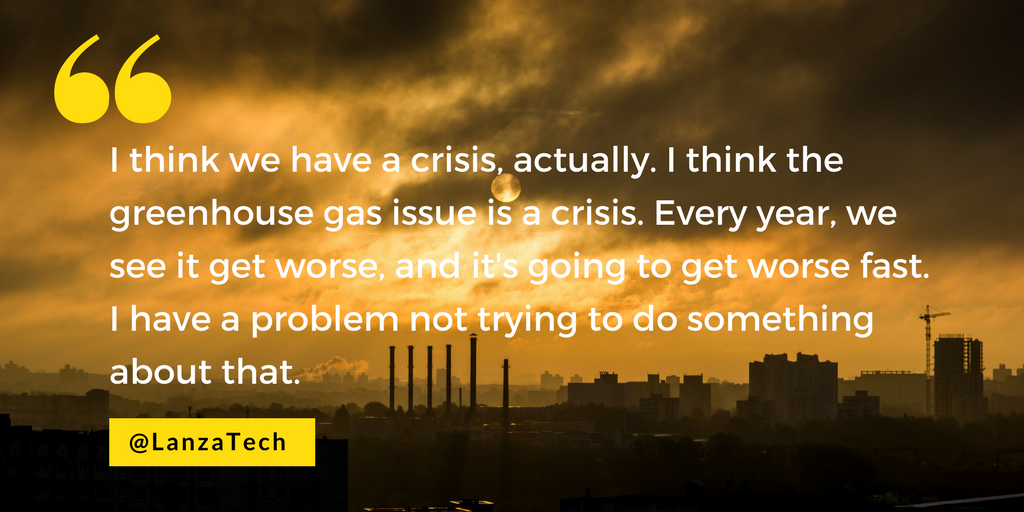 So we can’t fall in love with just electricity. I think electricity is great. When we had enough money to get a car for the company, we got a Tesla, and it made people’s heads explode. It would be like, “But you’re doing ethanol, why would you have a Tesla?” Because I believe in new technology. It’s not us versus them; it’s all of us. But we need to show that we’re levelheaded. It’s like nobody thinks about the whole system. We need people to support a lot of options until they fail, not until they get bored of them.

Knowing what you know now, what advice would you give to other entrepreneurs just getting started?

The only advice I would ever give a young entrepreneur is don’t listen to anybody. Just don’t listen. Everybody will tell you not to do something because it’s stupid, or it’s been done before. Just do whatever you think is right. If you’re going to make a decision, make it fast and keep moving, right? I mean, you can always adjust it. But don’t spend two years thinking about it. Just do it. That’s my advice for anybody that’s young. Of course, I tell you that right after I tell you not to listen to anybody.