This Tablet App Helps Those With Learning Disabilities Communicate Better

When Steve Jobs announced the launch of the iPad in 2010, some saw it as a fun gadget and nothing more. Yet for Zoe Peden and Andrew Jackman, Co-Founders of Insane Logic, the unique size of the iPad presented a business opportunity with vast potential.

At the time, Peden was a Senior Product Manager at Makaton, a charitable organization that brings its namesake language program to help those with learning disabilities. Using a combination of signs and symbols, Makaton helps those in need to communicate.

Peden and Jackman had been experimenting with a mobile app that used the Makaton language, but when they brought it to teachers and speech and language therapists, they learned that the device was too small.

‘A mobile phone wasn’t robust enough for the dexterity of those with learning disabilities.’ Tweet This Quote

“A mobile phone wasn’t robust enough for the dexterity of those with learning disabilities,” Peden says. “When I saw the size of Jobs’ hand next to the screen of the iPad, I knew this was it. So we flew to New York to get one of the first ones.”

From that point on, things moved pretty fast. “With Makaton’s blessing, I quit my job and after 12 months of getting evidence, doing controlled studies, observing people with the product, I was given a license to use the Makaton language program.” And that’s when Peden and Jackman launched MyChoicePad, an interactive tablet app that helps people with learning disabilities to communicate.

“A mobile phone wasn’t robust enough for the dexterity of those with learning disabilities,” Peden says. “When I saw the size of the iPad, I knew this was it. Photo from Insane Logic

In the United Kingdom, around 1.9 million people have learning disabilities. Even basic communication is a frustrating and isolating experience for those affected, and speech and language therapists, teachers, family members who are helping them. “With MyChoicePad,” Peden explains, “it’s about getting them to communicate in some form to share in life.”

In the United Kingdom, around 1.9 million people have learning disabilities. Tweet This Quote

Whether it is a stroke victim in rehabilitation using the app temporarily, or someone with a severe learning difficulty who uses it all of their life, the highly customizable user experience makes the app effective for all types. Each individual’s program can be uniquely created to fit the needs and abilities of the user. The program associates signs and symbols or pictures with words for optimal comprehension and communication. 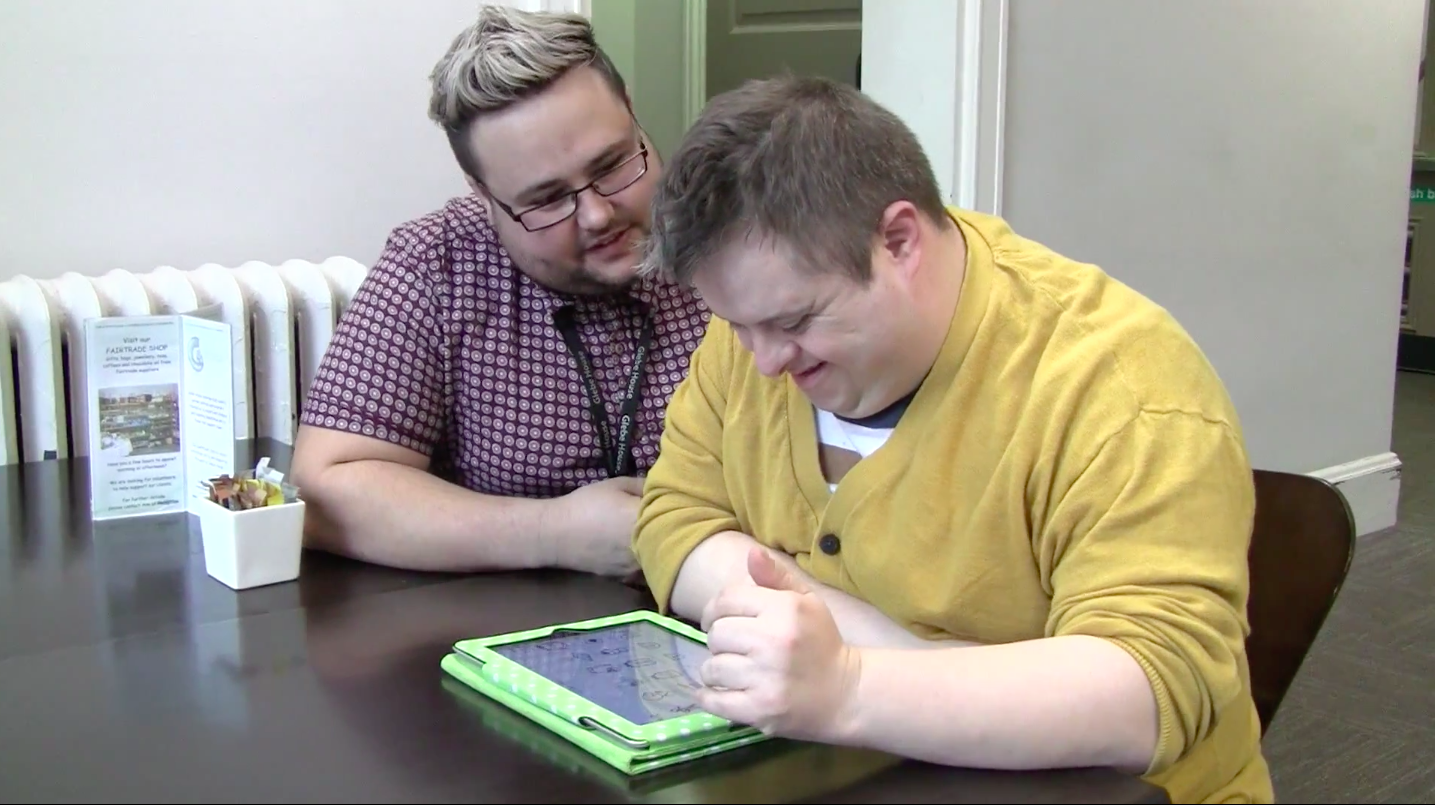 In the United Kingdom, around 1.9 million people have learning disabilities. Photo from Insane Logic

An additional effect of using MyChoicePad is a newfound sense of empowerment and confidence. Ninety-two percent of users agreed that MyChoicePad has increased the independence of the person they support.

‘It’s about getting those with learning disabilities to communicate in some form to share in life.’ Tweet This Quote

With a product that has proven to be massively effective, Peden and Jackman designed a business model to land the app in the hands of as many users as possible. They therefore chose to sell MyChoicePad on a subscription basis, as well as directly to schools and home-care services.

To date, MyChoicePad has 85,000 downloads, which includes both parents and schools. Insane Logic also works within the B to B market, having partnered with over 20 home-care services that now integrate the app into their work with patients. Given such a niche market, these numbers are quite significant, yet, for this same reason, Insane Logic is branching out with other products as well. 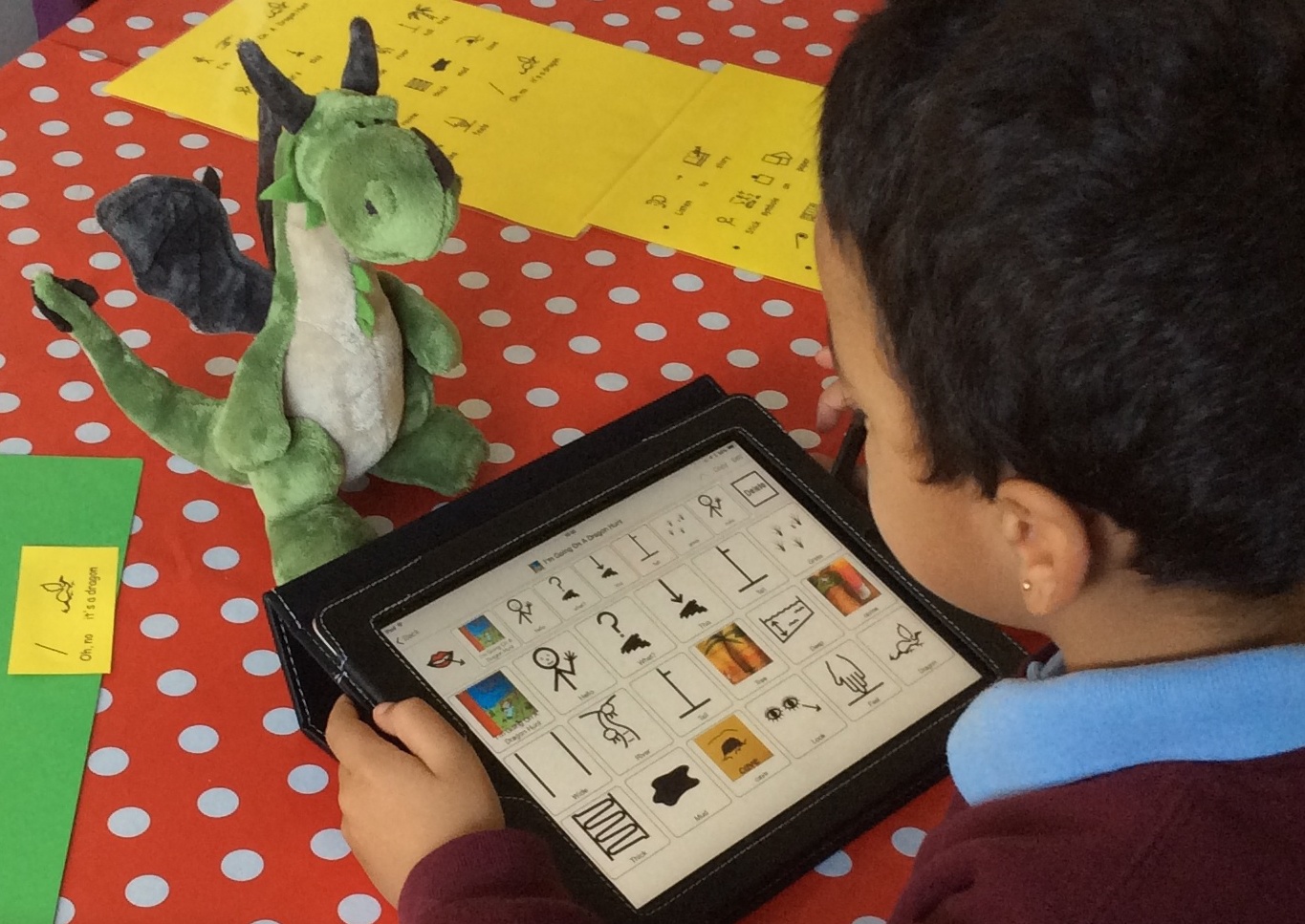 The program associates signs and symbols or pictures with words for optimum comprehension and communication. Photo from Insane Logic

For Peden, making communication accessible for everyone is the key. “I’ve always believed that everyone should have a voice,” she says. “I spent my twenties being quite quiet, and then I saw a gap in the market with a community I knew well. I realized actually maybe I can speak for all of these people and raise awareness around learning difficulties. So I wanted to create a brand and a product that would speak to people and make them feel more empowered, and make it affordable too.”

How Physical Space Shapes Team Culture, and Why You Should Care

How Physical Space Shapes Team Culture, and Why You Should Care