I am a fan of Billions, the American television drama series on Showtime. Essentially, the show is all about power politics in the high-stakes world of New York finance. What fascinates me the most is the role of Wendy Rhoades (Maggie Siff) as the in-house shrink, referred to by her colleagues as Dr. Mojo. Her job is to help anxious stock traders remain calm and keep their killer instincts sharp and focused.

At one point in season one, Mick Danzig (Nathan Darrow) goes for a session with Wendy because his numbers dropped by four percent while everyone else is up in the double digits. He believes he lost his Mojo and that he needs antidepressants to get back in the game. Wendy tells him:

“You don’t need meds. You are just listening to the wrong voice. You are listening to the one yelling at you over the loud speaker that you are stupid and your performance blows. And you are ignoring the quiet one inside telling you where the alpha is.”

I can relate to Mick’s situation quite well. As an entrepreneur, I’ve listened to the wrong voice so many times that I’ve lost count. Last year, a high-profile individual came to Kenya to have a discussion with local business leaders, and I was invited to this roundtable meeting. The Steve Jobs and the Elon Musks of Kenya were all there.

As people went around the table to introduce themselves, I felt intimidated by their achievements. All I could think about was, “Why am I even here? I haven’t made it in yet. I’m no business leader. Surely they could have found someone better to represent entrepreneurs – someone who’s really made it.”

In the process, my throat dried up, and when it was my turn to introduce myself, I couldn’t speak. I felt out of place, frustrated, and incapable of adding any value to the discussions. My frustration was visible. The other participants could hear it in my voice and see it in my body language. It was only after a lot of positive self-talk as the day progressed that my quiet voice emerged, reminded me of my alpha, and helped me believe in myself again.

Like stockbrokers, entrepreneurs work under high expectations and highly stressful conditions. More often than not, we question everything – especially when results are slow. Progress takes several iterations, creating a situation where we feel stuck and start to doubt whether we are doing the right thing. The longer this cycle persists, the easier it can be to feel like an impostor.

Impostor syndrome manifests as chronic self-doubt, leading to feelings of intellectual fraudulence – the “OMG, someone is eventually going to find out my fakeness,” kind of feeling. This internal self-doubt is not only caused by fear of failure, but also by the fact that entrepreneurs are held to higher standards than the norm. We often refuse to settle for employment as is expected after finishing school. We attract attention to ourselves by refusing to be “normal.”

Opting for a high-risk, high-reward kind of life over normalcy means convincing others to buy into your dream and help you build a company. This comes with extra responsibility and burden. Fear of failure is overpowering when you are no longer worried about failing yourself but failing the people who believed in you – and probably left their well-paying jobs to help you build your dream. In this case, then, failure is no longer an option. But worrying about failure in silence can culminate in feeling like a fraud.

If you are worried that you don’t deserve your accomplishments as an entrepreneur, the good news is you are likely a super achiever (like all of these super achievers who publicly confessed to suffering from impostor syndrome). It is OK to fear failure. It is OK to show symptoms of self-doubt and question everything. But over time, these feelings can become dangerous and lead to anxiety, low self-esteem, and even depression.

So how do you deal with it? Here are three things that work well for me when practiced consistently and with an open mind:

1. Come up with your own scale of measuring success.

The media has tricked us into believing that overnight success is possible and becoming a millionaire is something that can be achieved effortlessly. But if that were the case, everyone would be a millionaire.

Fear of failure is overpowering when you are no longer worried about failing yourself but failing the people who believed in you.

Success means different things to different people. What does success mean to you? As for me, I’ve had to first look at what I want to become rather than what I want to have. It took me five years to realize I was mixing the two because I was not conscious of it. To be honest, it’s difficult to have that conviction in a world where what you have is often more important than who you are. You have to make a conscious decision and write down the person you want to become.

If your work leads you towards that purpose a little bit every day, then success is just around the corner. Remember, you are becoming a better version of yourself – it just doesn’t appear in your bank account yet.

Your Dr. Mojo doesn’t have to be an expert like Wendy Rhoades. When I was going through episodes of impostor syndrome, my friend and biggest fan, Suzana Moreira (whom I shared a room with at the 2012 Unreasonable Institute), sat me down and said this: “Jamila, you are the AgTech revolution champion in Africa. You don’t have to be the one to change all of these farmers’ lives. You started an important conversation that will change the lives of these farmers.”

What Suzana said about starting an important conversation in AgTech made a lot of sense and was exactly what I needed to hear. Having a support person or group of entrepreneurs who understand the ups and downs of entrepreneurship will help make the journey less lonely. When you discuss your journey, you realize the problems are not unique to you. Support groups point out the things you don’t see. If you feel overwhelmed and worried that you are failing, don’t suffer in silence. Talk to a fellow entrepreneur who you can trust and has your best interest at heart – and do it before it’s too late.

Impostor syndrome sometimes comes from believing you are incapable. If you haven’t done a strength test yet, do yourself a favor and take one now. Gallup Strength Center is a great place to start. Once you know your strengths, every achievement becomes more real and more associated with one of your strengths.

As entrepreneurs, we do so many things in a day and wear so many different hats that it’s difficult to keep tabs on your achievements. Days pass too fast, and you will wake up one day asking yourself, what am I really good at? If you can’t answer this question, impostor syndrome creeps in. Aligning the role you play in the organization with your strengths makes tasks so much easier and so much more enjoyable. You deliver more without struggling as much.

If you feel overwhelmed and worried that you are failing, don’t suffer in silence.

Once you find out your core genius, the next step is to learn how to delegate. As first-time entrepreneurs with few resources, you can easily fall into the habit of doing everything yourself. You either find it too time consuming to explain to someone else, or you simply cannot or do not want to give up control. If you do everything yourself, you get overworked and unfocused. You will miss deadlines and get frustrated, which will make you nervous about failure and allow self-doubt to creep in. Delegating tasks to others takes away a lot of unnecessary pressure, and the feeling of fakeness will drift away.

These three things have worked for me in tough times, and I hope they are useful for you, too. It will probably take a while before you can practice all three and see significant results, but hang in there. Be conscious about the kind of success you want to see, find yourself a Dr. Mojo, focus on your core genius, and delegate the rest. Give it time. Then, sit back and watch your fear of being found out disappear. 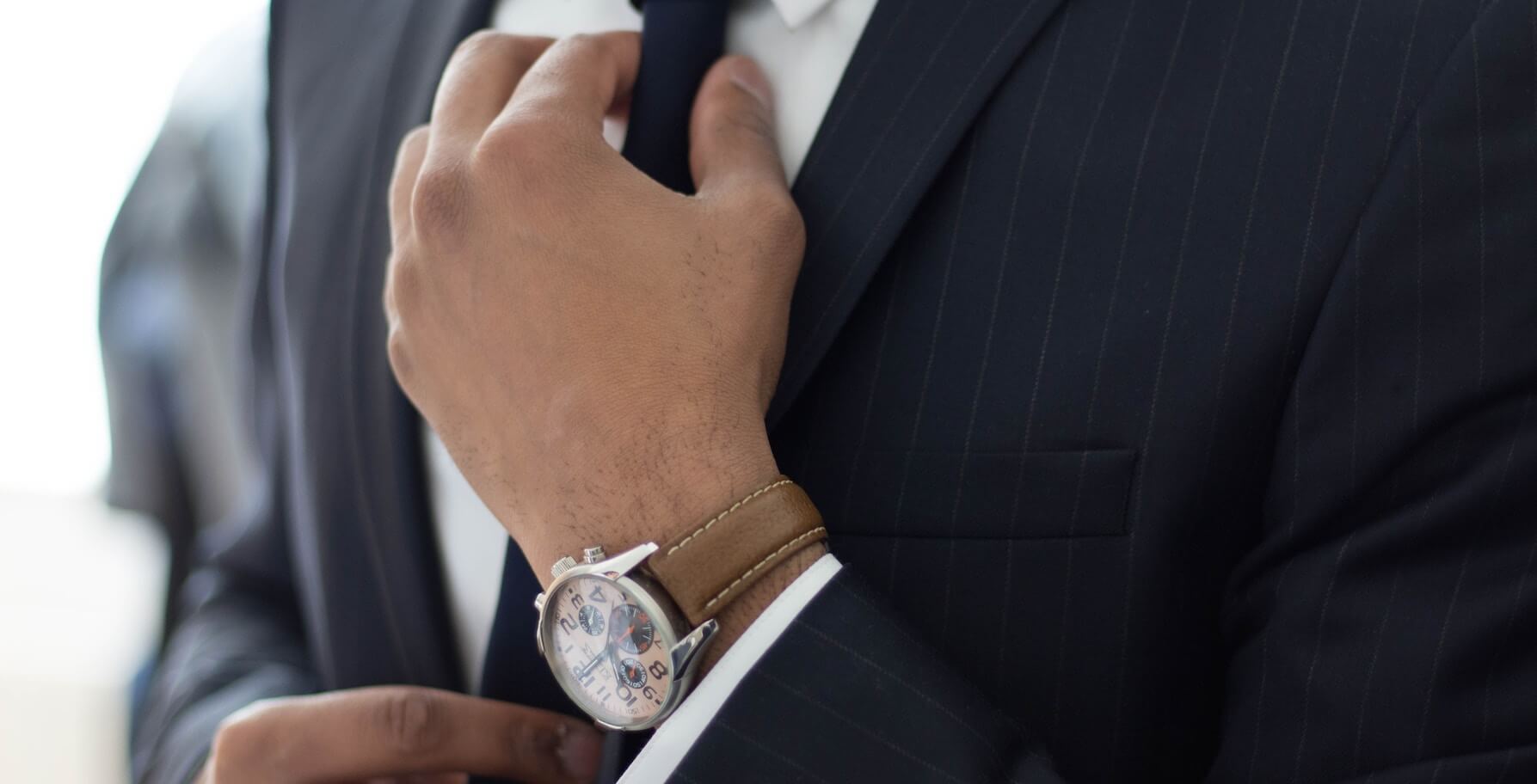 Three Must-Haves For Your Investment Pitch

Three Must-Haves For Your Investment Pitch

Jamila Abass is the CEO and founder of m-Farm. She is a software engineer exploring the intersection of IT and agriculture (AgTech). She is also a 2015 Aspen New Voices Fellow and Quartz Africa Innovator.