Turning a Global Experiment into a Scaling Strategy

This is the second post in a two-part series by Banks Benitez, Unreasonable Institute SVP of Global Expansion, on exciting news for Unreasonable Labs in 2016.

In the last post, we recapped our first year running Labs. In this post, I’ll announce our 2016 Lab locations and share more about our emerging strategy for reaching entrepreneurs in every corner of the world.

After receiving over 80 applications from 40 countries for the first cohort of 2016 Labs, we selected the following 14 locations to run Unreasonable Labs in the first half of 2016. 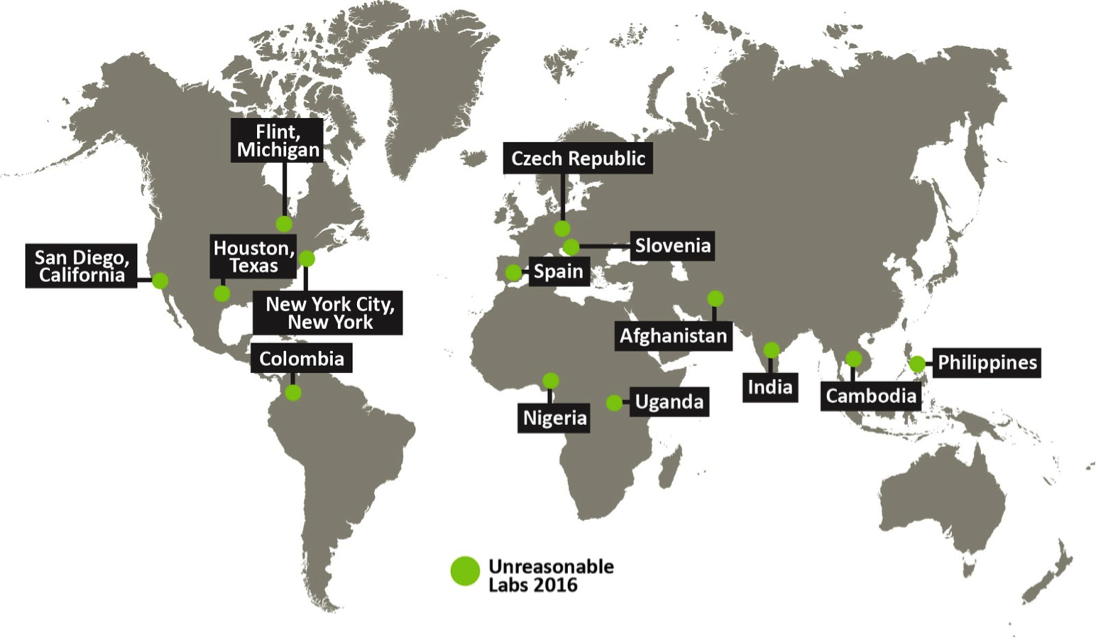 Including the 2015 Lab locations and our two full-scale Institutes in East Africa and Mexico, we now have operations in 20 countries. Most of the Labs that ran last year will run more Labs this year, and one will transition to run a long-term program (more on that below). 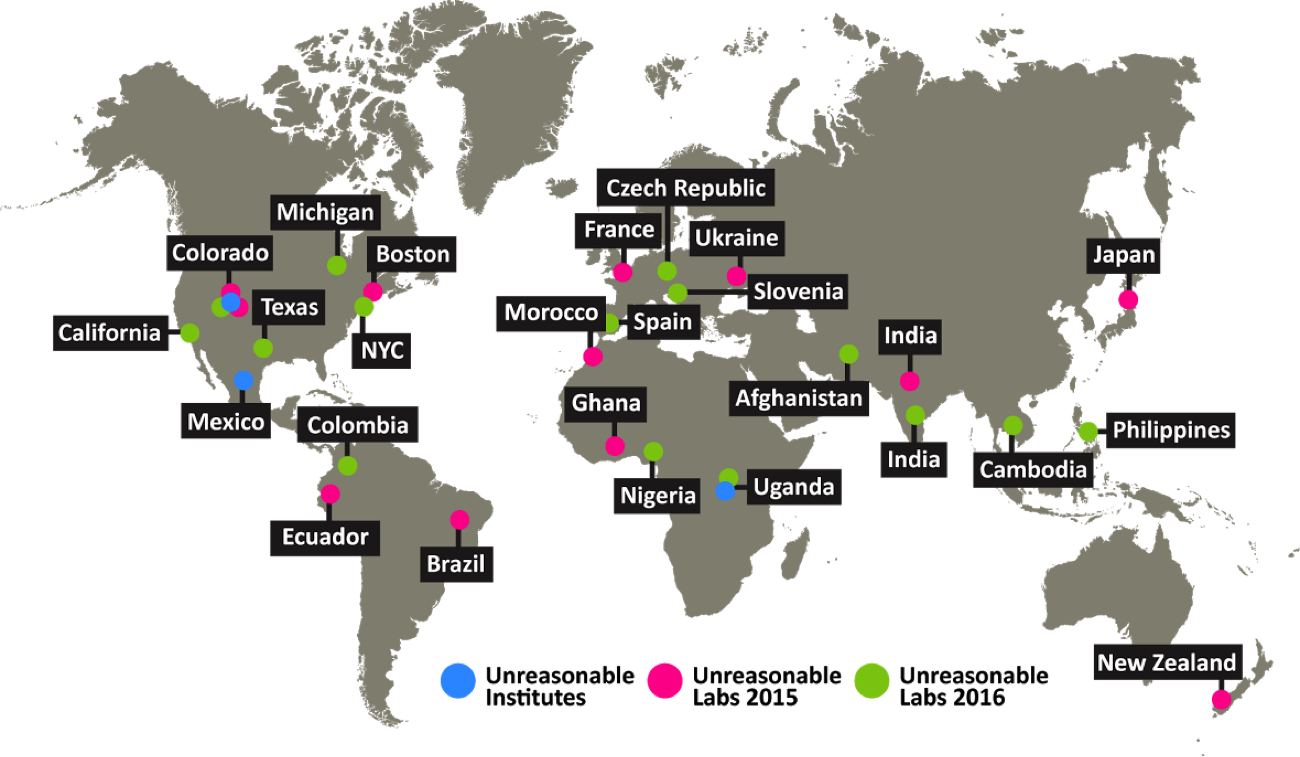 From the beginning, our scaling strategy was designed as both a means and an end. Launching more programs in more countries was an end in the sense that we wanted to accelerate more entrepreneurs around the world. Scaling was imperative to achieve our mission; just working with a small handful of entrepreneurs every year was not enough. But scaling was also a means in that we would learn how to scale—by scaling. Running similar experiments (Labs) in countries all over the world would increase our rate of learning, and we would eventually figure out how to do it really well (we’re still figuring it out, but we’re miles further along than we were 12 months ago).

Strategy is best done inductively, when it grows organically out of what the market tells us. Tweet This Quote

We were intentionally skeptical about developing a bold strategy before we eased our way into it. We believe strategy is best when done inductively, meaning when it grows organically out of what the market tells us. Unreasonable Institute board member and rapid prototyping expert, Tom Chi, says something similar when it comes to strategy: “It’s quite difficult to do [strategy] outside of an experimental context that challenges/validates and constantly evolves and improves what constitutes the strategy.” And that’s basically what we did last year: created an experimental context that is slowly molding into a strategy.

Our strategy in 2015 was something pretty unsophisticated like: Launch 12 Unreasonable Labs around the world and see how they go. Then figure out what comes next. After a 2015 full of learning, recognizing patterns, and identifying bright and dark spots, our forward-looking strategy is emerging out of the following key observations:

Plenty of places around the world are in the early stages of an entrepreneurial renaissance, but they lack support. Tweet This Quote

In recent years, the number of accelerators has proliferated, but not evenly around the world. Tweet This Quote

Based on these learnings, our 2016 Strategy is coalescing into: Launch Unreasonable Labs in large, emerging, untapped markets by partnering with the best teams we can find. Then, get labs to convert to (and/or feed into) regional institutes. Perhaps in the future, we will host global acceleration programs for the best and brightest entrepreneurs who come out of Labs. But let’s not get too far ahead of ourselves just yet =).

We’ll be supporting another cohort of 10-14 Labs that will run in fall 2016. Stay tuned, and let us know if you want to join forces to run a program for entrepreneurs in your region.

Banks is the Senior Vice President of Global Expansion at Uncharted (formerly the Unreasonable Institute), where he is charged with scaling Uncharted around the world. In his four years at the organization, he has played a variety of different roles: from entrepreneur recruiting and selection to managing the global mentor network to leading curriculum design. Now, he launches Labs, the experimental division of Uncharted, around the world. Banks is a Colorado native with a Bachelors in Economics from Vanderbilt University and a Masters of International Development from the University of Sydney in Australia.