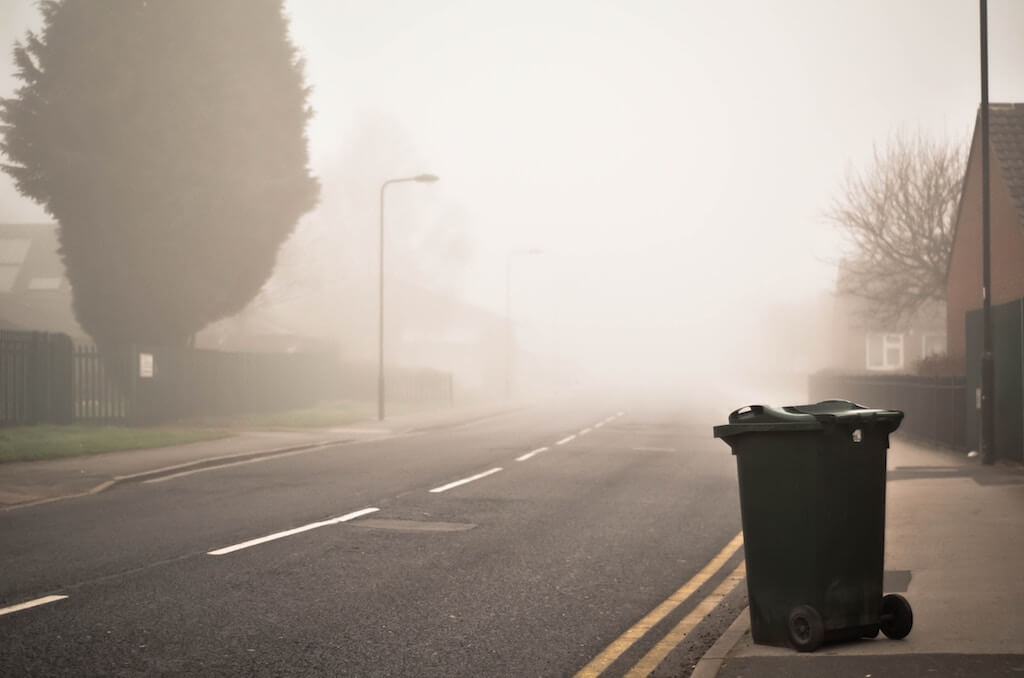 rganic waste travels over 300 million miles every day, with municipal waste collection creating a massive carbon footprint and leaving a gaping missed opportunity for energy renewal in its wake.

Sandra Sassow co-founded SEaB Energy to work towards a future in which cities or remote communities can capitalize on their waste to create renewable sources of energy and curb the negative impacts of waste collection processes. SEaB’s shipping container devices can be placed behind community locations such as grocery stores and hospitals, where they use bacteria to anaerobically digest organic waste created at that location and produce usable fertilizer, electricity, and water as a result. 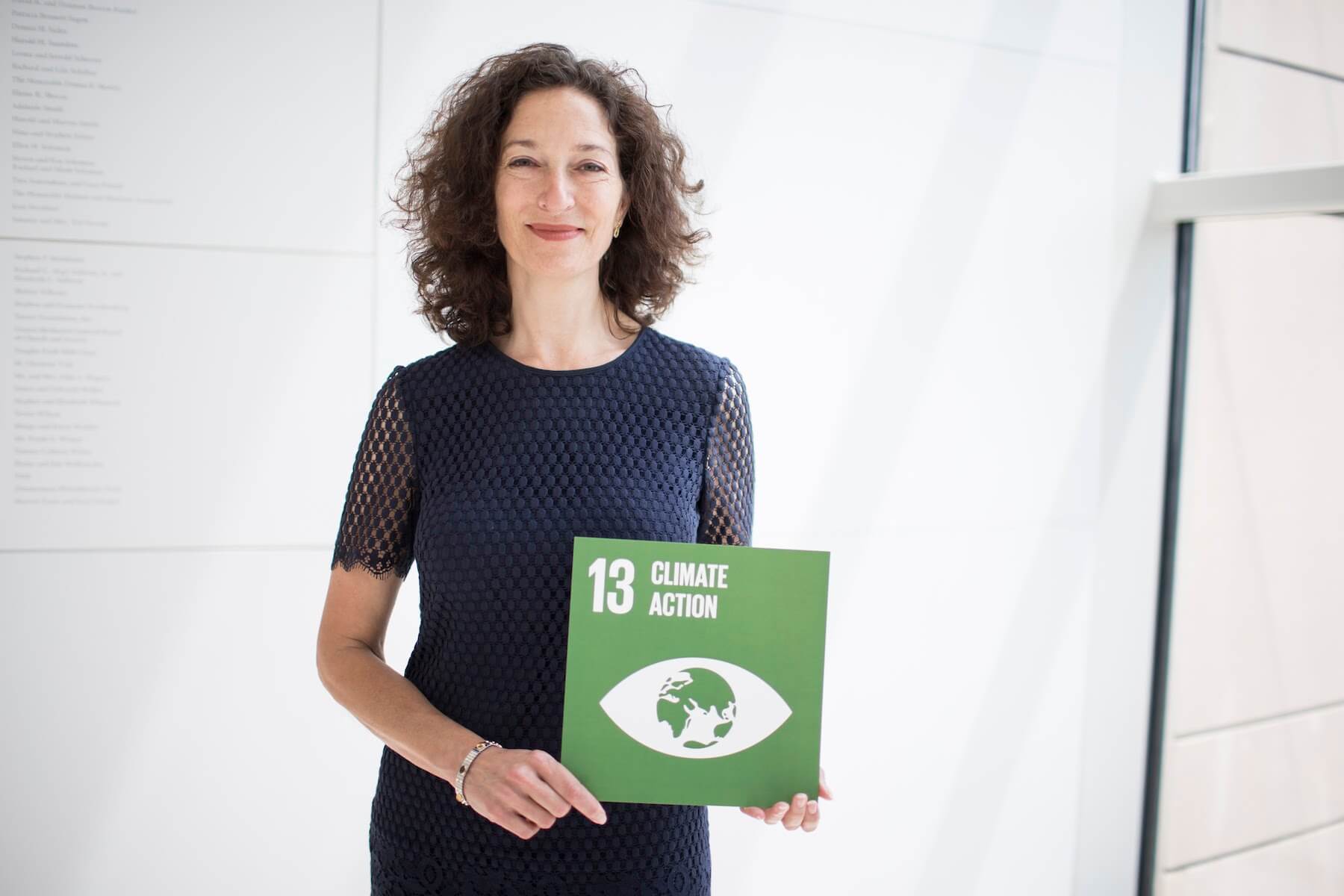 Sandra Sassow of SEaB Energy during the Unreasonable Global Summit on Thursday, July 13, 2017 at the United States Institute for Peace in Washington, D.C.

To date, SEaB Energy has offset 20 million pounds of waste, and by the end of 2017, will have diverted 120 million pounds from going to landfill, all of which begs the question: Why would we pay to have someone collect and remove waste capable of yielding valuable resources?

What does SEaB Energy exist to do?

SS: SEaB exists to change the way the world handles waste and to convert the thought of waste into the thought of it being a fuel that can be used on-site. In addition, we can capture the water and the fertilizer value of that waste.

We began with a couple of different technologies, and we’ve now settled on anaerobic digestion in a shipping container, which we’ve created in two products: the Muckbuster and the Flexibuster. Both units take waste on-site and convert it into usable energy and water for the site. That water can then be used back on the site itself or it could be exported for use elsewhere.

Tell me a little bit more about each of those products, the Flexibuster and Muckbuster.

SS: The Flexibuster is used for food waste, and can work in an urban environment for a large corporate that has a catering facility on their site that wants to convert their waste back into usable energy for their office facilities. It can also be used in a rural environment. We’re looking at some sites in India and in Africa, where we are becoming the on-site sewage treatment facility or gas-bottling facility, which enables them to generate access to energy. 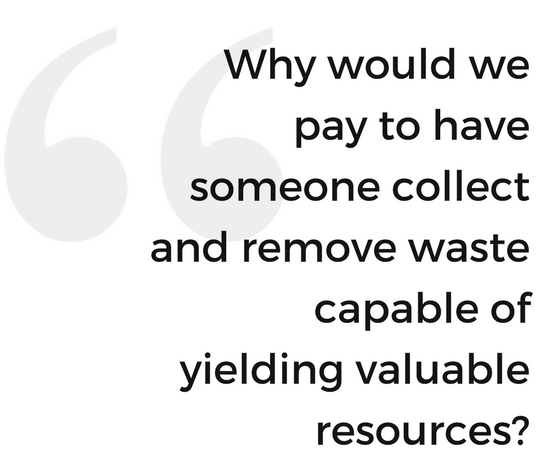 The Muckbuster has become our farm solution. It’s targeted at farm slurries and small farm units, where we’re converting things like chicken manure into usable energy and fertilizer. We can also convert it into usable energy again, as well as water for the site to use for the livestock.

It almost sounds like magic, putting food waste or manure into a shipping container, and creating from it usable water and usable energy.

SS: Yes, but it’s not magic! It’s just biology at play. What we’ve done is take the bacterial process in big anaerobic digestion and shrink it down into a form factor that allows it to be put on sites where normally it wouldn’t be able to exist.

We can go into center city in Mumbai, for example, or we can go out into a remote village location and take the farm manure where the amount wouldn’t otherwise be sufficient for a large installation. It’s a bacterial process that converts the waste by consuming it. The bacteria release methane gas, and that becomes your source for fuel for a generator or fuel cell, or to store in gas bottles.

What role does methane play in this process, and how clean is it to burn?

SS: Gas engines are actually quite clean when you’re burning fuel in them. You can capture off the back end of our machines the carbon dioxide that’s released, and then feed that back into the process. If you’re doing greenhouse growing and you put the waste in one end, you would use the methane gas to produce heat for the greenhouses, for example, and electricity to run the pumps onsite, but you could equally capture the carbon dioxide that you produce in the process of burning that methane to improve the productivity of the greenhouses.

What problem in the world do you hope to address with your work?

SS: The world faces so many critical challenges today. The area we have the greatest capacity to impact is the pollution associated with waste and waste management as it is now. If you look at the carbon footprint of waste and the way it’s transported in an urban environment, just one of our machines can offset 400 tons of carbon for every 1,000 tons of waste processed. When you start to add up the amount of waste in the world’s urban environments, that’s huge.
We can see an impact on air quality, which impacts health and health benefits working in future cities. We can see traffic and congestion and wear and tear on cities’ infrastructure, and the ability for us to change that infrastructure means changing the livability of cities as well.

Looking ahead five years, what do you hope the world will look like as a result of SEaB Energy?

SS: I’m hoping that cities around the world won’t have trash trucks running up and down the streets, collecting one bin after another bin, visiting the same locations multiple times for different collection runs.

I’m hoping that rural electrification can be based around the use of sewage and food waste and other organic wastes that exist, eliminating the need to transport diesel to a remote region. I’m also hoping that water can be produced in islands from waste being used as a source of fuel to run a desalinization plant, or to create opportunities for micro-entrepreneurship. There are so many exciting possibilities on our horizon.

The Future of Life on Land Could Depend on Citizen Science

The Future of Life on Land Could Depend on Citizen Science