n Amazon’s warehouses, there is a beehive of activity, and robots are increasingly doing more of the work. In less than five years, they will load self-driving trucks that transport goods to local distribution centers where drones will make last-mile deliveries.

The majority of jobs that require human labor and intellectual capability are likely to disappear over the next decade and a half. There will be many new jobs created, but not for the people who have lost them — because they do not have those skills. And this will lead to major social disruption unless we develop sound policies to ease the transition.

The industry behind these advances — and reaping huge financial rewards from them — has been in denial. Tech entrepreneur Marc Andreessen, for example, calls the jobless future “a Luddite fallacy”; he insists that people will be re-employed.

But now others, including Facebook’s Mark Zuckerberg, Tesla’s Elon Musk and Bill Gates, are acknowledging a skills mismatch with the potential for mass unemployment. They advocate a Universal Basic Income (UBI), a payment by the government that provides for the basic wants and needs of the population.

But these tech moguls are simply kicking the can down the hill and shifting responsibility to Washington. UBI will not solve the social problems that come from loss of people’s purpose in life and of their social stature and identity — which jobs provide. And the politicians in Washington who are working to curtail basic benefits such as health care and food stamps plainly won’t consider the value of spending trillions on a new social-welfare scheme. 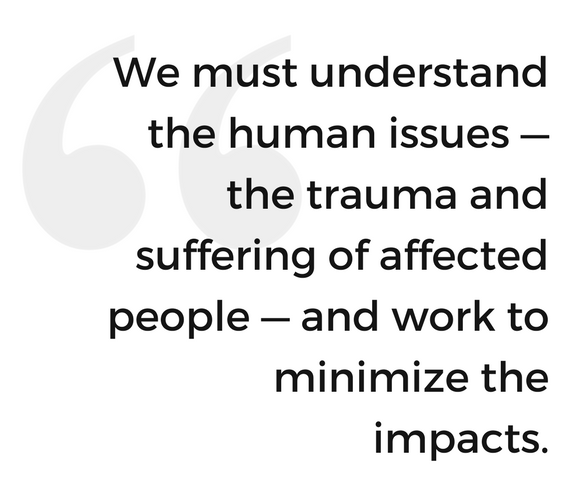 In a paper titled “A New Deal for the Twenty-First Century,” Edward Alden and Bob Litan, of the Council on Foreign Relations, propose solutions for retraining the workforce. They believe that there will be many new jobs created in technology and in caring for the elderly — because Western populations are aging.

The authors say that young people starting careers should be equipped with the education and skills needed to adapt to career changes; and that older workers who become displaced should receive assistance in finding new jobs and retraining for new careers. Government shouldn’t provide the jobs or training but should, the authors say, offer tax incentives and insurance, facilitate job mobility, and reform occupational licensing. To encourage employees to gain new skills, there should be “career loan accounts” from which they can fund their own education — with repayment being linked to future earnings.

To minimize the effect of wage cuts resulting from changing professions, Alden and Litan advocate a generous wage-insurance scheme that tops up earnings; enhancements to the Earned Income Tax Credit; direct wage subsidies; and minimum wage increments. They believe too that a voluntary military and civilian national service program for young people would help alleviate the social disruption and teach important new skills and provide tutoring to disadvantaged students, help for the elderly, and improvements of public spaces such as parks and playgrounds. 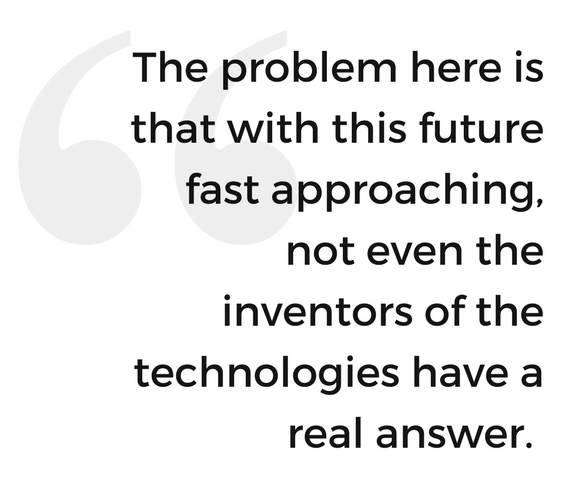 These ideas are a good start, but the focus was on maintaining a balance between Republicans and Democrats, on being politically palatable. The coming disruptions are likely to be so cataclysmic that we need to go beyond politics.

We have already seen the increasing anger of the electorate from both the right and the left in the U.S. elections. We are witnessing the same in Europe now. As technology advances and changes everything about the way we live and work, this will get much worse. We must understand the human issues — the trauma and suffering of affected people — and work to minimize the impacts.

As Harvard Law School’s Labor and Worklife Program Executive Director Sharon Block said to me in an email: “I don’t think we can be limited in our thinking by what can get through Congress now — nothing can. We need to be using this time to come up with the big new ideas to develop a bolder progressive vision for the future — and then work to create the conditions necessary to implement that vision.”

The problem here is that with this future fast approaching, not even the inventors of the technologies have a real answer. This is why there is an urgent need to bring policymakers, academics and business leaders together to brainstorm on solutions and to do grand, global experiments.

Edutaining Millions of Students in the Largest Classroom in Africa

Edutaining Millions of Students in the Largest Classroom in Africa