Using Media to Expose the Truth and Protect the Planet: Part Three

The following is the final installment in a three-part excerpt from “One Person Acted and Everything Changed,” a book that chronicles ten accounts of extraordinary people who risked everything to change the world.

t’s quite rare for the executive director of a nonprofit to face serious personal risks. However, while the nature of the Oceanic Preservation Society (OPS) is to inform and inspire the public, the work inherently takes aim at those most responsible for creating damage to the oceans.

“When we did ‘The Cove’ we had death threats,” Louie Psihoyos said. “Some were made by people who had never even seen the film and assumed it was a Japan-bashing movie when, in truth, I think it’s more of a love letter to Japan. The dolphins that were being force-fed to school children were off-the-charts toxic with mercury. That’s why I say it’s more of a love letter to the culture since it ended up stopping that practice — not bashing the culture.

“In the ‘Racing Extinction’ film, we are taking on the fossil fuel industry, and they can be pretty nasty. We are confronting them at the very foundation of their business. I would love to bankrupt them all if they don’t switch over to renewable energy sources. The problem is they have the infrastructure in place to make a lot of money at the expense of the environment.” 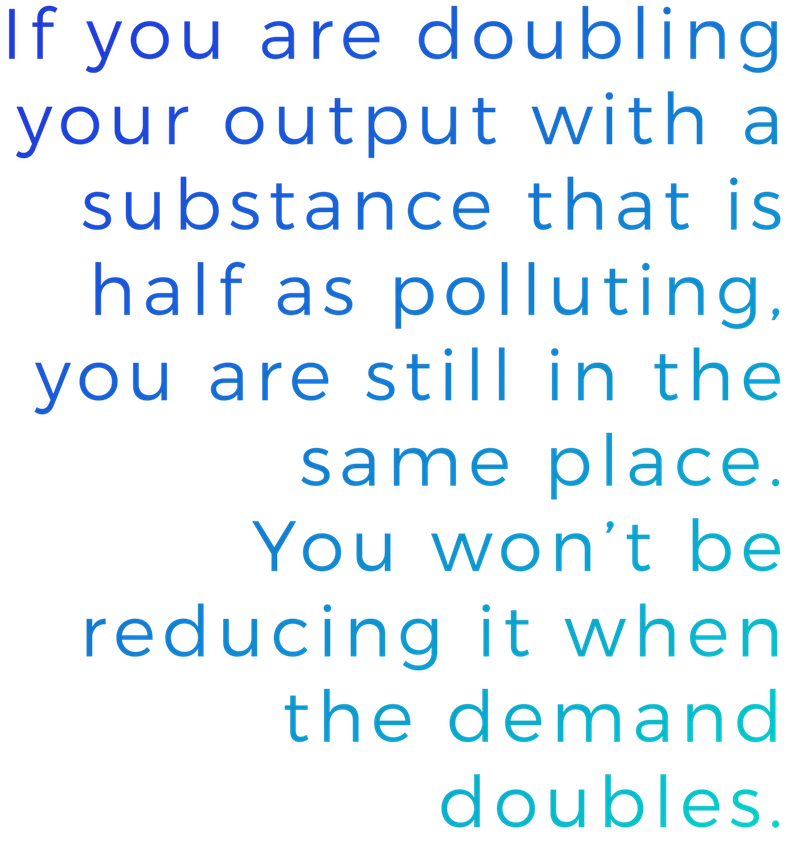 Psihoyos doesn’t mince words when discussing the issue directly with oil and gas executives either. Once, when attending a luncheon in Aspen, he was seated next to the president of a major U.S. oil company. The man was touting his company’s recent shift to producing more natural gas and less oil, which he argued was a help to the environment. Psihoyos asked him, point blank, “We have scientists who are looking out 50 years and 5 million years, and if you burn all the oil and gas that you are talking about, we aren’t going to have any coral reefs in just 40 years. How do you reconcile your short-term business interests with the long-term economic and environmental damage you’re doing?”

The executive responded that natural gas is only half as polluting as oil. Psihoyos responded, “If you are doubling your output with a substance that is half as polluting, you are still in the same place. You won’t be reducing it when the demand doubles.”

The oil company executive then asked Psihoyos, “Well, where do you get your energy?”

Psihoyos replied, “I drive an electric car, and I installed solar panels on my home for energy.”

The man shrugged and responded, “Well, not everyone can afford that.”

This is a common belief, but it doesn’t hold water as Psihoyos see is. “Solar panels are 75 percent cheaper than when I installed them six years ago. And they are extremely effective and cost saving.”

In fact, he ends up selling the excess energy he captures with solar panels back to the local energy company. He actually makes money each month, rather than paying a gas or electric bill. And he does it without adding to global warming.
He also believes you can’t quantify the benefits of these greener choices by money alone, citing other benefits of using alternative energy even in addition to protecting the environment.

“Once you have driven an electric car, you just can’t imagine driving anything else,” Psihoyos said. “It’s like once you have a smart phone, you can’t imagine texting with an old phone that requires you to press a button three times to get one letter.”

In addition to using solar power to heat our homes and electricity to power our vehicles, Psihoyos has other suggestions for ways that individuals can act personally to save the oceans, and hence, the planet.

“I’d invite them to adopt a plant-based diet,” Psihoyos said. “It is seven times more polluting to have an animal-based diet. Not to even mention the suffering to animals, but just the cost to the environment. So, if you want to save the oceans, become a vegetarian or a vegan.”

Few people really want to hear that, however.

“When you start messing with what people eat and what they drive, and how they get their energy … well, we aren’t in this to make friends,” Psihoyos said. “But it’s not enough to talk about stuff. You have to do stuff. Awareness is critical, but it’s only step one.”

As the movie points out, it’s not an all-or-nothing proposition. If every American skipped meat and cheese just one day a week for a year, it would be like taking 7.6 million cars off the road. Installing solar panels on your home could save enough fuel to drive a car more than halfway around the world each year. Those changes are relatively easy, and yet the impact is tremendous.

“I have to be an example to myself,” Psihoyos said. “So, I try to make my own life as green as possible, so I can walk the talk. That leads me to a point where my life choices and my mission have sometimes gotten in the way of my relationships. It’s not that I only want to hang out with vegans, but I do want to have people around me who understand and live the mission, and don’t just talk about it.”

That realization led him to establish OPS as a vegan workplace, meaning only plant-based food is allowed on the premises. It’s a strong message, and perhaps a risky one, but clearly he reached a point where he had to enforce his own guideline to stay in alignment with his core beliefs about preserving the environment.

Louie believes that in order to lead and inspire change, and be successful at it, you have to be both passionate and compassionate. That applies to businesses and nonprofits where leaders are working many long hours in what is often a thankless situation.

“I would add this — if you are doing business to make money for yourself, that’s only going to go so far,” Psihoyos said. “That’s pretty empty. When your circles of compassion get bigger, and expand outward, I think you can get more support. And, the financing does seem to magically appear, because you are supporting the universe in a very positive way.

“The rewards are amazing. ‘The Cove’ was one of the most decorated documentaries of all time. It swept all the film guilds. We won nearly 100 awards around the world; we won Sundance, and an Academy Award. And when you to start to see the impact — like the woman who bankrolled ‘Blackfish’ who credited her inspiration from ‘The Cove’ — eventually she also became a vegan. There’s a ripple effect that goes on around the world, and you inspire more and more people.”

So, while Psihoyos holds passion and compassion as the two most important pieces in making an impact, what’s the third?

“I hire people who are smarter than me.”

ne approach Psihoyos cites for staying motivated is surrounding himself with people who are taking action.

“If you look at ‘The Cove,’ and the way it’s constructed, you almost have a feel of an Oceans 11 team, where everyone is an activist with a specialized skill,” Psihoyos said. “In ‘Racing Extinction,’ we highlight people who are doing incredible things. For example, we have Elon Musk, who started Tesla Motors, and we have a Tesla as a getaway car. Elon is the biggest installer of solar in the country. He’s considered the real-life Iron Man, the real life Tony Stark. Working with people like him who take decisive action keeps me inspired.” 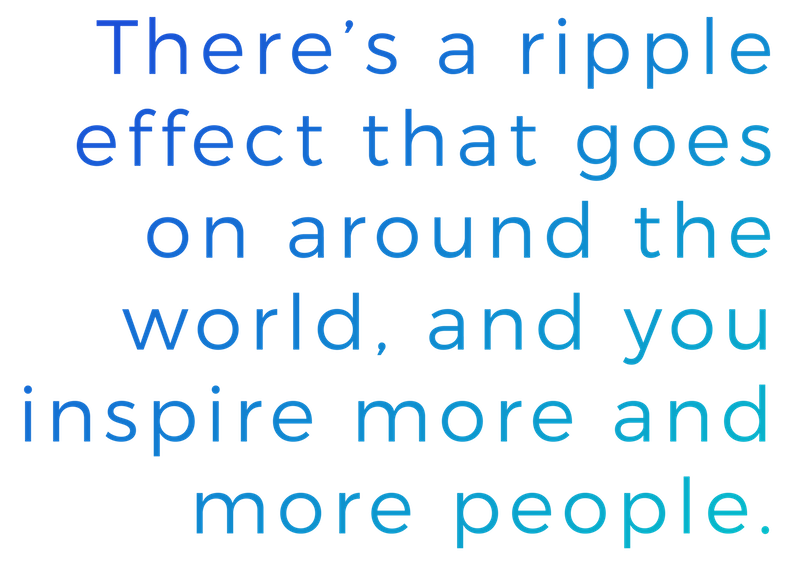 While watching the bloody slaying of dolphins en masse in “The Cove” is painful and difficult, Psihoyos believes that, rather than bringing viewers down, it actually inspires them. It shows that a small group of committed people can make a huge difference. Referencing the well-known quote by Margaret Mead, he adds, “It’s the only thing that ever has.”

“Here’s the exciting thing about where humanity is as a species: When my generation was growing up, we didn’t know we were screwing it up,” Psihoyos said. “Maybe a few rare individuals like Rachel Carson knew, but the culture wasn’t up to speed on the scale of the damage being done. By the time my kids have kids, it will be too late. They can’t do anything. The generation that’s alive right now is the only generation that can really fix it. We are deciding the fate of the planet. This generation is determining the fate of not only humanity, but the fate of millions of species for eternity. I don’t get despondent over that, I get empowered.”

Using Media to Expose the Truth and Protect the Planet: Part Two

Using Media to Expose the Truth and Protect the Planet: Part Two