Nairobi has grown a lot in the past 5 years. I’ve watched the tech market burst from a nascent seed in 2010 to a more sophisticated one in 2015. Back in 2010, it was hard to find tech startups around with serious traction. There were some huge firms here and there, but startups? Nope. There were small projects and ideas thrown around, but few committed tech startup entrepreneurs.

A device is not forever—don’t get hung up on the device your solution may be on for now. Tweet This Quote

Now, the middle class estate of Kilimani (west of the city center and straddled by the Statehouse to the north and Africa’s largest slum, Kibera, to the south) has started to boom with tech companies. The dust of construction everywhere—from new roads to tall buildings to tech companies taking over office floors left and right—has shown that this part of town is changing quickly. A vibrant and bustling haven, Kilimani is where the tech ecosystem lives and thrives.

As a slightly ‘older’ entrepreneur with more experience than those just starting, I’ve spoken to a lot of new entrepreneurs in the past few years who have asked for advice on what I would have wanted to know in the beginning of starting Eneza (based in Nairobi). Below is one piece of advice that has resonated lately.

A device is not forever. Don’t get hung up on the device your solution may be on for now.

Have you ever thought about what makes Apple different from Dell? This was a great example given in a book I read a few years ago called Start with Why by Simon Sinek. To summarize, Dell sells computers and Apple sells a lifestyle, or a movement. Dell represents a cheap, basic black computer. Apple represents the counterculture movement against the boring PC world.

By focusing on a device, you limit yourself to that technology, even if you plan to evolve with the market. Tweet This Quote

You can sell a lot of things and change a lot of people’s lives when you are more like Apple. A myriad of products through your trusted brand sell like hotcakes, and you represent something that people want.

It’s not just Millennials in the West who want to buy an image—so do Africans. The young emerging adult generation in Africa (and arguably the developing world) wants to spend and learn and connect on new technology. I’m actually thinking of naming this generation of 14-25-year-olds in Africa the “BAM Generation”: Bringing Africa into Modernity. They’re social and crave attention; new tech is everything, and they prefer urban areas. As I was explaining to someone recently, they’re not patient—they want change like BAM! 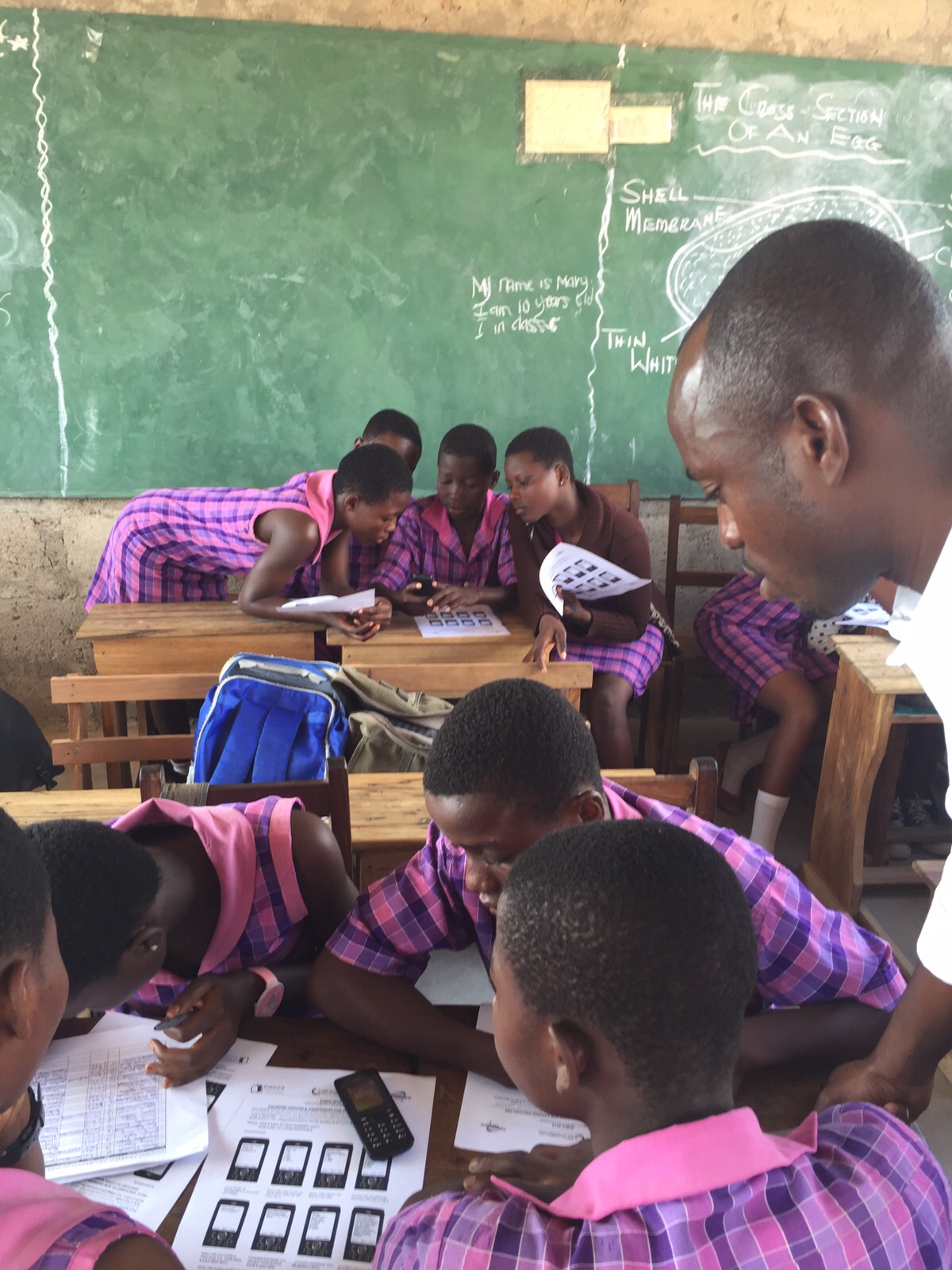 Here’s the deal with focusing on a device: you limit yourself to that technology, even if you have plans to evolve your technology with the market. Consumers don’t care; they already know you by your device. What happens when the hottest technology changes? Do you want to be around then? Or do you just want to be around to make a bit of money and sell your idea off? Why would you pigeonhole yourself to one technology, anyway? You might end up like Dell.

In the beginning, Eneza made the mistake of calling ourselves a “SMS Platform.” We knew all along we wouldn’t limit ourselves to SMS. We would want Android, web, tablets, offline, online, etc. We want be on technology when it expands beyond touchscreen tablets to include hologram teachers jumping out of watches into your room. (I don’t think that’s far off, by the way).

This generation of 14 to 25-year-olds in Africa is the “BAM Generation”: Bringing Africa into Modernity. Tweet This Quote

But I still cringe when I hear people announce me as a speaker and call Eneza “an SMS-based quizzing platform.” It’s like nails on a chalkboard. I correct the announcer and say, “We provide 14-15-year-olds with a do-it-yourself, personalized learning experience through courses and chat. How we do that is through SMS, web, and Android—not just SMS, and definitely not just through assessments like quizzes.” In fact, I’ve outlawed the words “SMS” and “quiz” in our office.

Now, four years after founding our company, we start with why. Eneza exists to make 14-25-year-old Africans smarter, by providing them with a social, personalized learning experience so they can pass high school. We’re cool. We provide content, certificates and chat classrooms; we’ll be giving cool, social products on all types of devices for a long time.

Toni Maraviglia is the co-founder of Eneza Education. She has been a teacher/educator for over 10 years and holds a Masters in Teaching. She is also the co-founder of a successful educational program in rural Kenya called WISERBridge, founded in 2008. Toni is a Teach For America alumni, an Echoing Green Fellow, an Unreasonable Fellow, a teacher and children’s advocate, a writer, and a converted tech enthusiast.