The genesis of my book, “The Misfit Economy,” started as a joke.

Having spent two years at Ashoka, an organization committed to seeking out and supporting social entrepreneurs around the world, it started to become a little comedic relief in the office to think about how we could pivot our “search and selection” towards the criminal underground. Who are the most innovative “deviant entrepreneurs?” How could crowdsourcing technology be re-purposed by criminal organizations looking for their next breakthrough idea?

How could crowdsourcing technology be re-purposed by criminal organizations looking for their next breakthrough idea? Tweet This Quote

It didn’t take long, however, before the joke began to fade and the research started to become real and feel worthwhile. We had compiled a list of over 5,000 potential case studies of “deviant entrepreneurs,” from hackers and gangsters, to informal camel milk farmers, to Somali pirates and drug smugglers.

After giving a talk at SXSW on the topic of what mainstream industry could learn from underground brands, we launched a Kickstarter campaign where we raised over $19,500 to help fund further research and a book project. My co-author and I also worked madly on a book proposal that, thanks to the generosity of “Little Bets” author Peter Sims, we had our choice of agents and publishers for. Eventually, we partnered with Simon & Schuster. The book came out in June 2015.

We invited drug kingpins to rub elbows with start-up founders. Tweet This Quote

But the most rewarding part of the whole book project wasn’t the book itself — the writing was painful for two first-time authors. It was the community we built along the way. From the beginning, we had an incredible outpouring of support — first from people who voted for my talk at SXSW and shared their ideas, and later from our Kickstarter backers who we handsomely rewarded with pirate swag and other goodies. Then from people we met along the way. As more and more “misfits” started to come out of the woodwork, it felt like a fledgling sector was forming.

So, for the marketing of the book we wanted to honor that spirit that was swirling: At our book launch in New York, we served camel milk and moonshine; we invited drug kingpins to rub elbows with start-up founders; to announce the launch of the book we developed fake Nigerian spam emails that we circulated to all of our contacts. The spam led some people to think our email accounts had been hacked, while others delighted in the mayhem and forwarded the spam to more of their contacts, eager to be in on the joke. 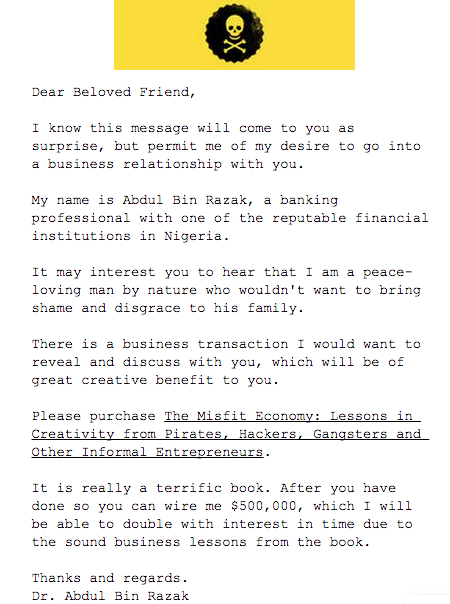 We partnered with a number of artists. Amos Kennedy, a letter-press printer and activist from Detroit, created custom postcards with provocative messaging. The Con Artist Collective worked to hack over 200 book covers into specialty editions. Artist Qinza Najm prolifically defiled over 50 book covers herself with fire and spray paint and collage. Ceremonially, I burned a copy of my book at an underground launch we did at Prime Produce in Hell’s Kitchen where King Tone, former leader of the Latin Kings addressed the crowd sharing what it was like to run an underground organization.

Chris Knittel, who produced the underground sensation “Snow On Tha Bluff” came on board to help us with further guerrilla marketing. He filmed a fake drug delivery video using a drone that had over 1 million views in just a few hours before we pulled it down, fearing we’d get someone in trouble. He brokered a partnership with Sugarlands Shine, a moonshine company in Tennessee that brought over 100 cases of moonshine to our launch events across New York. The founder, Nick Vickers, showed up as well and shared how he had met with Appalachian shiners to develop the recipes and had first sipped moonshine from a bear claw. 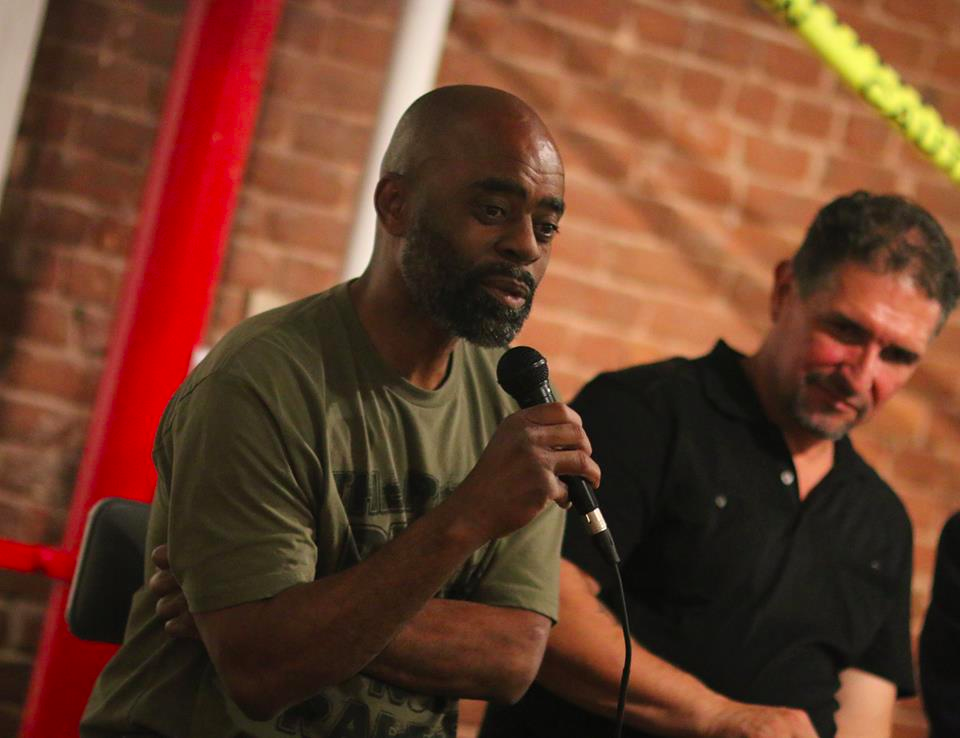 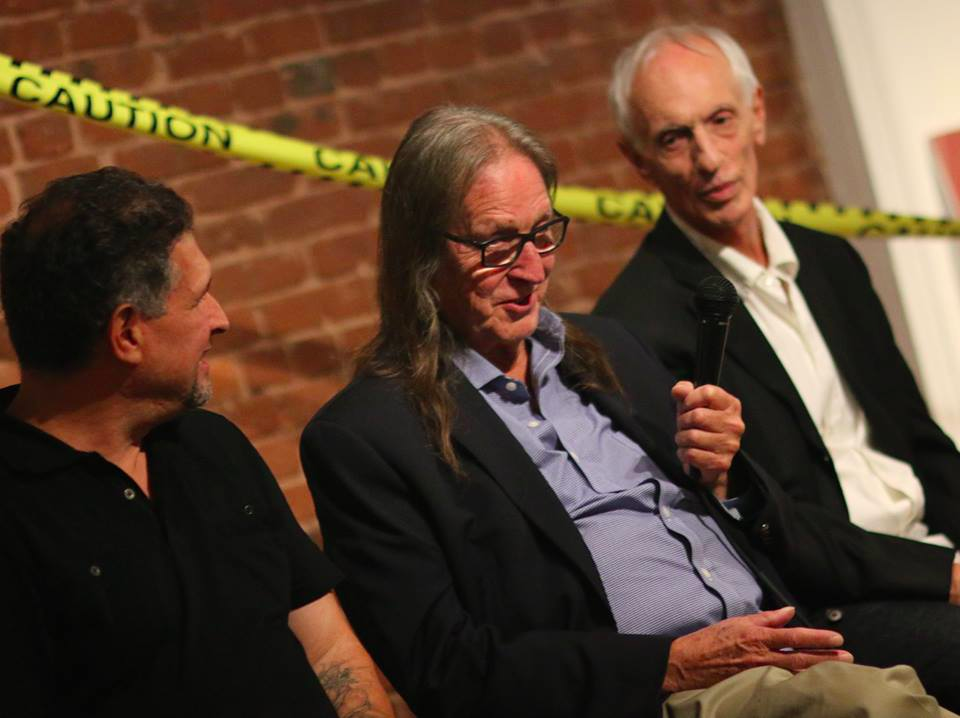 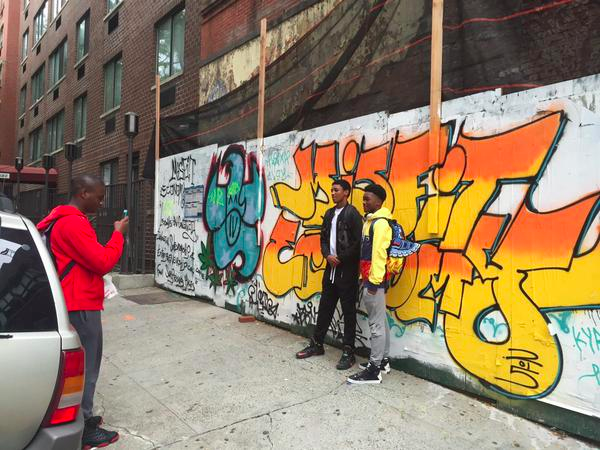 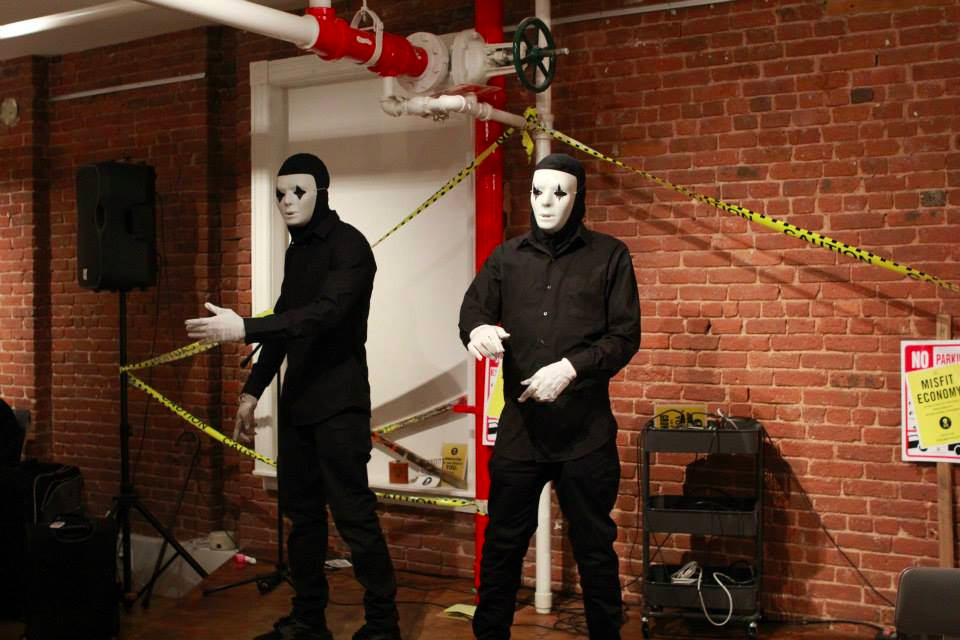 Masked dancers we met at a subway station in NYC who greeted guests to the launch.

Chris hired people to discretely canvas the streets of New York with misfit logos — stickers and tags — on street corners, subway stations, news bins, and construction sites. He also helped us gather notorious legends like hacker Samy Kamkar and drug smugglers George Jung (who Johnny Depp portrayed in the movie “Blow”) and “Freeway” Rick Ross to join a panel discussion on underground hustle that we hosted at the Impact Hub in New York.

One idea of his ideas that we didn’t have time to execute was to stage a fake protest at Whole Foods with activists demanding camel milk be sold. Or to develop our own strain of marijuana. There’s still time for that.

It’s important for us all to step outside of our echo chambers and listen to people who have been disenfranchised. Tweet This Quote

Since the launch, the Misfit community has grown. We’ve sent books to prisoners across the U.S. who have written to us enthusiastically. And King Tone recently ran a workshop with me at a corporate innovation conference in Boston that had business executives in rapt attention. He’s keynoting the conference next year.

While it might seem like a superficial glamorization of “deviance,” part of what we’ve been trying to do is create more formal bridges for underground voices in the mainstream economy. It’s important for us all to step outside of our echo chambers and listen to people who have been disenfranchised, and also to value the street skills and hustle they learned along the way. In this way, the book is nothing more than an invitation to empathy.

Watch the video below to hear from black market innovators about lessons learned from their lives as kings of the criminal underground.

Figuring This Out Might Not Sound Sexy, But It’s Your Best Strategy

Figuring This Out Might Not Sound Sexy, But It’s Your Best Strategy

Alexa is a researcher, speaker, and social innovation strategist. She is the co-author of The Misfit Economy (Simon & Schuster), a book that examines creativity and innovation on the fringes.