Entrepreneurship was top of President Obama’s agenda during his trip to East Africa this past summer. But as he noted in his keynote address at the 2015 Global Entrepreneurship Summit in Nairobi, “This is still a neglected market, and accessing capital for entrepreneurs here is still too hard.”

Impact investors have pumped nearly $9.3 billion into East Africa since 2000. Tweet This Quote

One group trying to change that: impact investors. A new report on impact investing in East Africa, released during the President’s visit, found that impact investors have pumped nearly $9.3 billion into the region since 2000.

“East Africa is an impact investing market that is still growing and evolving, but we are seeing a lot of momentum,” said Amit Bouri, CEO of the Global Impact Investing Network, which published the report, The Landscape for Impact Investing in East Africa, along with Open Capital Advisors. Below are some of the major takeaways from the report: 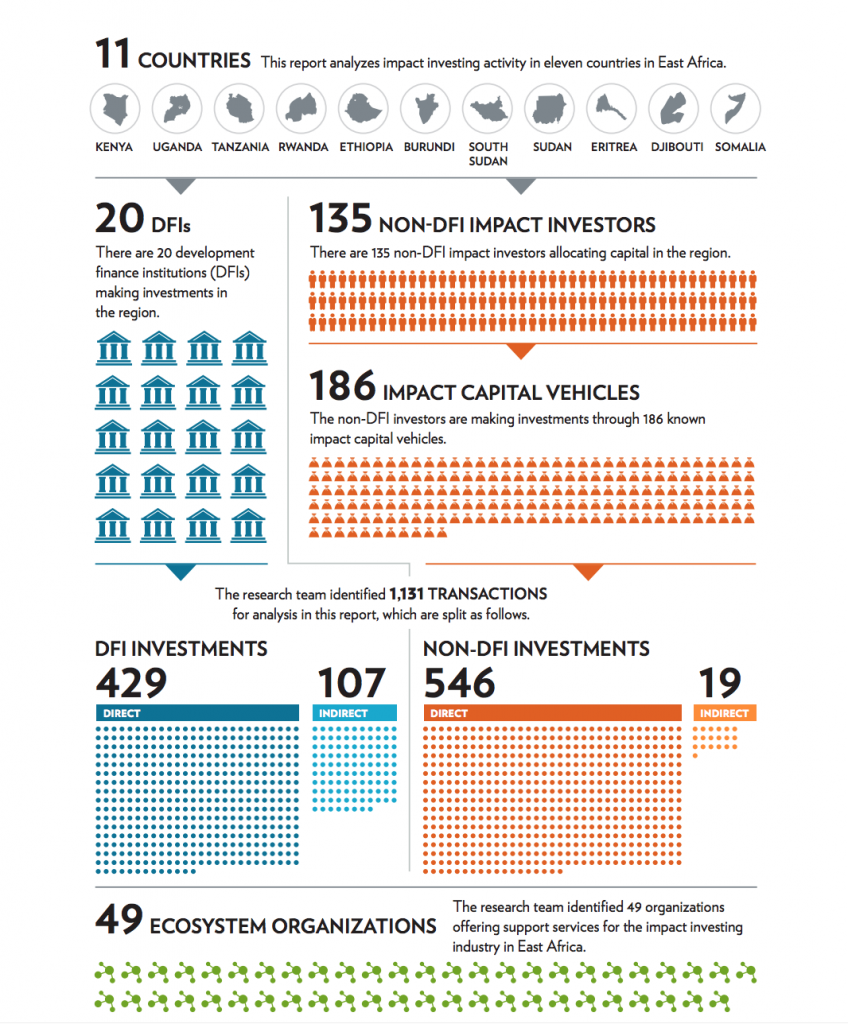 Non-DFI impact investors, 135 of them, have deployed $1.4 billion through 186 impact capital funds and vehicles. Half of that amount was itself raised from DFIs. “Indeed,” the report notes, “no single factor has done more to shape the impact investing sector in East Africa than the flow of DFI capital into impact funds.”

Actually, the market is even more concentrated than that. Of the $7.8 billion DFIs that have invested directly into companies and projects, over 50 percent was dispersed by just two of them. In fact, the top five DFIs together are responsible for over 80 percent of the $7.8 billion in direct disbursements in East Africa.

Nothing has shaped the impact investing sector in East Africa more than the flow of capital from development finance institutions into impact funds. Tweet This Quote

“This concentration of capital and resulting influence exerted by this small group has led several fund managers in the region to observe a homogenization of impact funds, which—dependent on DFI anchor capital—look to align themselves with DFI expectations,” writes the report’s authors. That creates risks of market disruptions if political agendas shift the DFIs strategies.

A market concentrated by geography and sector. The impact investing market in East Africa is geographically concentrated. Kenya received 50 percent of all impact capital, more than triple the amount of capital deployed in the countries with the second and third highest amounts, Uganda and Tanzania. At least 48 impact fund managers have staff in Kenya’s capital Nairobi—more than three times the number of local offices in other countries in the region.

Of the $7.8 billion DFIs have invested directly in East Africa, $5.4 billion has been invested in just three sectors: infrastructure, energy, and financial services, which are able to absorb larger deals and have clear development propositions.

In the last decade, Kenya received 50 percent of all impact capital deployed in East Africa. Tweet This Quote

DFI focus on large deals. The DFIs’ focus on large projects and more mature companies has led to over 50 percent of DFI capital disbursed in deals over $50 million. “Smaller businesses,” notes the report, “come with higher relative diligence costs, lack the security and assurances of public sector projects, and may require more flexibility than DFIs are typically able to accept.” Non-DFI impact investors are better equipped to serve small businesses and do, having invested over 50 percent of their capital in deals under $5 million.

Majority of DFIs made using debt. With most investments in larger, more mature companies and projects, the vast majority of DFI investments have been made using debt, with less than 10 percent made as equity. Non-DFI impact investors appear to prefer equity, though analysts had trouble identifying the instruments in a large number of non-DFI transactions, preventing definitive conclusions.

Challenges in East Africa. East Africa’s impact investing market, according to the report, shares many of the same challenges impact investors and entrepreneurs are facing across the globe: lack of investment-ready opportunities, insufficient talent, and access to capital.

Challenges in East Africa include lack of investment-ready opportunities, insufficient talent and access to capital. Tweet This Quote

Furthermore, though many non-DFI impact investors have teams on the ground, many of their investment committees are abroad. Conflicting interpretations of risk from committee members without experience in Africa are causing long due diligence periods and frustrating entrepreneurs who need capital.

Local business also earn most of their revenues in local currencies while many international impact investors have little ability to invest in local currencies. Typical foreign exchange hedging options are expense for the smaller impact funds.

Opportunities for the future. Impact investors with ambitions for financial returns and true social and environmental impact need to increase their local decision-making, develop sector expertise, and leverage technical assistance to increase the investment readiness of their pipeline, notes the report. Other opportunities emerged: 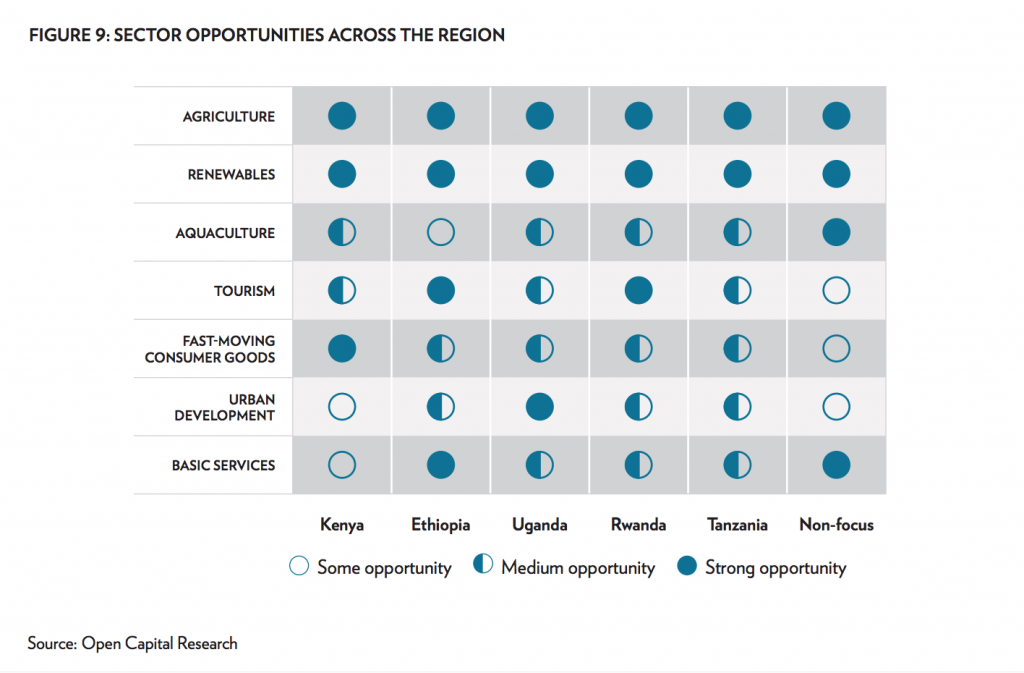 East Africa needs jobs, food and electricity. Agriculture, renewable energy, and aquaculture are the sectors with the greatest opportunity, according to the report. Agriculture, specifically, contributes more than 30 percent to East Africa’s GDP, employs the most people, and has the ability to the region’s food security. Additionally, sustainable fisheries produce fish for export and local food, and are key to alleviating pressure on the region’s ocean fish stocks.

Agriculture contributes more than 30 percent to East Africa’s GDP and employs the most people. Tweet This Quote

This post was written by Dennis Price and originally appeared on ImpactAlpha.

The Tradeoff Between Novelty and Certainty for Your Startup

The Tradeoff Between Novelty and Certainty for Your Startup