In August 2015, I returned from two weeks of family vacation where I went completely offline for the first time in my working career and didn’t check a single email. I was feeling relaxed with a nice cash runway, a new Chief Operations Officer hired, and an aligned board that had approved our expansion plan to enter two new markets.

You won’t regret the extra time you spend finding and cultivating the right partners. Tweet This Quote

I settled back at my desk, turned my computer on, and checked the BBC news website to see what had happened in the world while I was away. The headline read “Global shares nosedive on China economic woes.” I read the article as an interested observer but didn’t really think much of it. I then greeted our CFO, Keith, and after chatting about my vacation he mentioned the Zambian Kwacha had broken the psychological barrier of 8:1 against the USD. It was trading at 7.85 before my vacation, so I also didn’t think that much of it, especially since the Kwacha had been gradually depreciating all year.

This matters to Zoona because the vast majority of our revenue is in Zambian Kwacha, but we report our accounts in USD, have investors that expect a USD return, and have the majority of our costs in South African Rand. A depreciating Kwacha reduces our revenue and cash flow so that we have to grow even faster just to keep pace. It just so happens that 70% of Zambia’s exports are copper bought by China, which means a slowdown in China drives down Zambia’s exchange rate, which drives down our USD revenue. I didn’t know this at the time, but one of the biggest financial drivers of our Zambian business was the health of the Chinese economy—which was completely out of our control.

In times of need or crisis, true investment partners say, “How can we help?” Tweet This Quote

After a coffee and glancing at my email backlog, I mentioned to Keith that we should probably model out a worst-case scenario where the Kwacha depreciated a further 25% to 10:1 by the end of the year. After running the numbers, it was clear that we would have to slow down our hiring plan, as we were due to hire more than 30 new people in the coming quarter. This was disappointing news to everyone, but we felt it was prudent “just in case.”

Unfortunately, our forecasting was very, very wrong. Just a week later, the Kwacha tanked, and our worst-case scenario of 10:1 came true.

But it didn’t stop there. It reached 12:1 by the end of the month and 14:1 the following month—the largest depreciation in the currency’s history. The Zambian Kwacha was now the worst performing currency in the world in 2015, having depreciated 78% in less than 3 months and 115% since the beginning of the year. In the midst of this, the President even declared a national day of prayer to reverse the Kwacha’s decline. 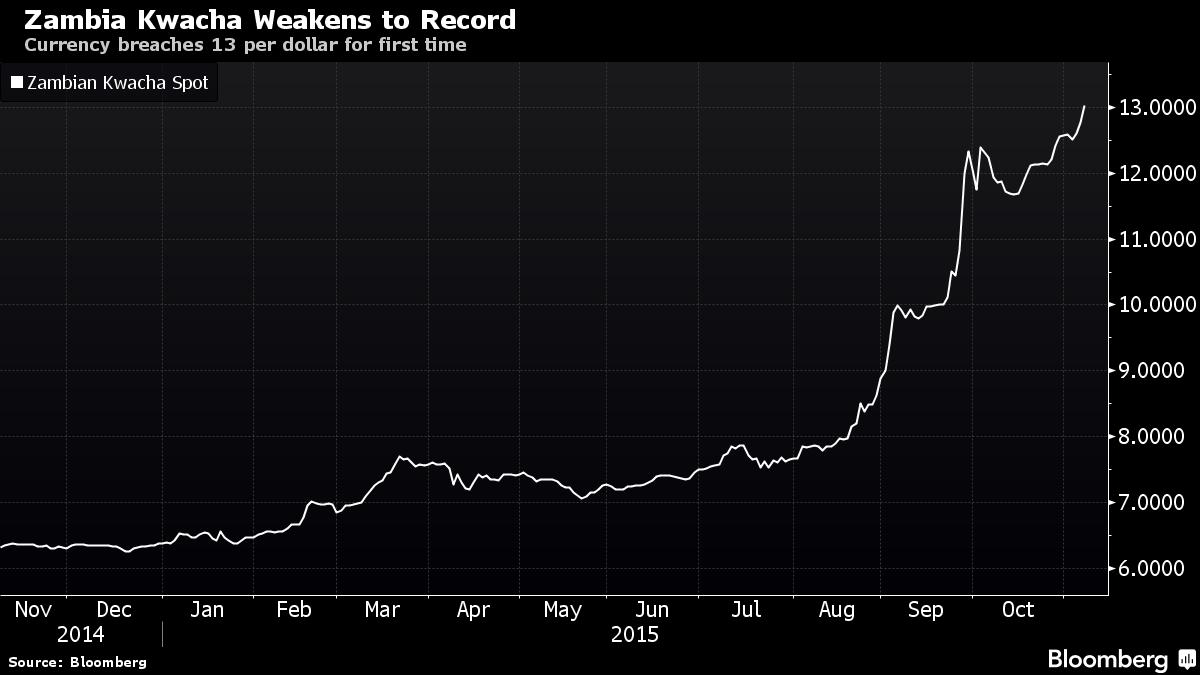 While this was happening, we were coming up with a new financial plan almost daily. We froze hires, cut travel and non-critical expenses, and unfortunately had to layoff a few people. It was a stressful period that tested, and ultimately strengthened, the cultural fabric of our business. We were much more fortunate than many other businesses operating in Zambia that had to close down.

Pick the right investors who will help see you through a crisis because one day you will have one. Tweet This Quote

It was in the heart of this currency storm that I made the phone call that all entrepreneurs dread. After a late Saturday night reworking yet another financial plan, I called my board members from our two lead Series A investment funds on a Sunday morning to ask for more money, in case the situation worsened. There were rumors the Kwacha could run to 20:1 before it stabilized, and we wanted to be sure we could weather the worst of the storm. When they asked me, “How much?” I swallowed hard and said, “One million dollars.”

What happened next taught me the extremely important lesson of picking the right investors. After a few more questions, they both immediately said, “Don’t worry, we’re on it.” By the end of the week, they came back saying they had mutually agreed to give us $2 million USD–twice as much as I had asked for–so we would have enough runway to keep growing as the currency crisis played out. They also suggested we structure it as a simple SAFE (Start-Up Advance for Future Equity) agreement, so they wouldn’t have to set a valuation that would disadvantage the company if we wanted to raise future equity. The cash was in our bank account within 6 weeks.

Our investors didn’t have to act like this. They could have said no, which would have left us with no choice but to downsize. They could have forced us to accept punitive terms given the company’s dire situation. Instead, they merely said, “How can we help?” as only true partners would. It was great to reaffirm that Zoona has true investment partners.

Invest time in communicating and building real relationships with your investors. Tweet This Quote

My message to all entrepreneurs raising money is this: pick the right investors who will help see you through a crisis because one day you will have one. Make sure they have deep enough pockets to follow on when you need them to and that they can move quickly. Once they are in your business, invest time in communicating and building real relationships with them. This is easier said than done when you’re only thinking about getting the cash in the bank, but you won’t regret the extra time you spend finding and cultivating the right partners.

As for Zoona, we are now doing great. Despite the currency crisis, we grew 40% in the last quarter of 2015 and reached 1.5 million active consumers. We’re more focused than ever, and all of the true “A-players” in our business stepped up when we needed them. We continue to invest in Zambia and our expansion plans are back on the table. Even the Kwacha came back slightly and seems to have stabilized for the time being around 11.5:1. Most importantly, we learned so much from this experience and are a better team and business because of it.

Transporting People to the Edge of Space—and Saving Lives

Transporting People to the Edge of Space—and Saving Lives

Mike Quinn is Group CEO of Zoona, an African mobile money operator that helps people send and receive money when they need to most so that communities can thrive. Mike holds an MBA with Distinction from Oxford University, where he was a Skoll Scholar for Social Entrepreneurship, along with an MSc in Management Development from the London School of Economics.