Why Renewable Energy May Be the Key to Nepal’s Challenges

Nearly 90 percent of the population in Kathmandu and its neighboring communities don’t have access to health clinics, schools, storefronts, and housing according to United Nations reports.

Medical workers, rescue teams, food, water, shelter and telecommunications are number one concerns at the moment, but as time goes on, the UN also warns of impending security and communication concerns that could exacerbate those needs as hundreds of thousands of families are displaced without power. The need for energy to provide lighting at night, charges for cell phones to contact loved ones and coordinate relief efforts and logistics couldn’t be greater. Because Nepalese locals and relief groups need reliable energy sources, Greenlight Planet is teaming up with World Vision to bring light and energy to thousands in Nepal.

“A large number of people lose there homes, and even if they have a home, a significant number lose power,” explains Suvodeep Das, Director of Marketing at Greenlight Planet—a company that provides solar energy and lighting for rural communities. “So they need these lights for basic needs. For instance, going out at night because all of the toilets are outside.” No lighting at night also puts women in danger of gender-based violence and human trafficking according to the U.N. report.

Humanitarian groups need easily deployed, clean and reliable energy to operate where there is little to no infrastructure. “What is also really important is that a lot of people have loved ones, family, friends, and relatives who live somewhere else and there’s no way to get in touch with them because cell phones can’t be charged,” says Das recognizing that cell phones are being used for more than logistical and rescue purposes inside the disaster. Cell phone and internet companies are offering services for discount or free to support concerned families and stakeholders on a global level. 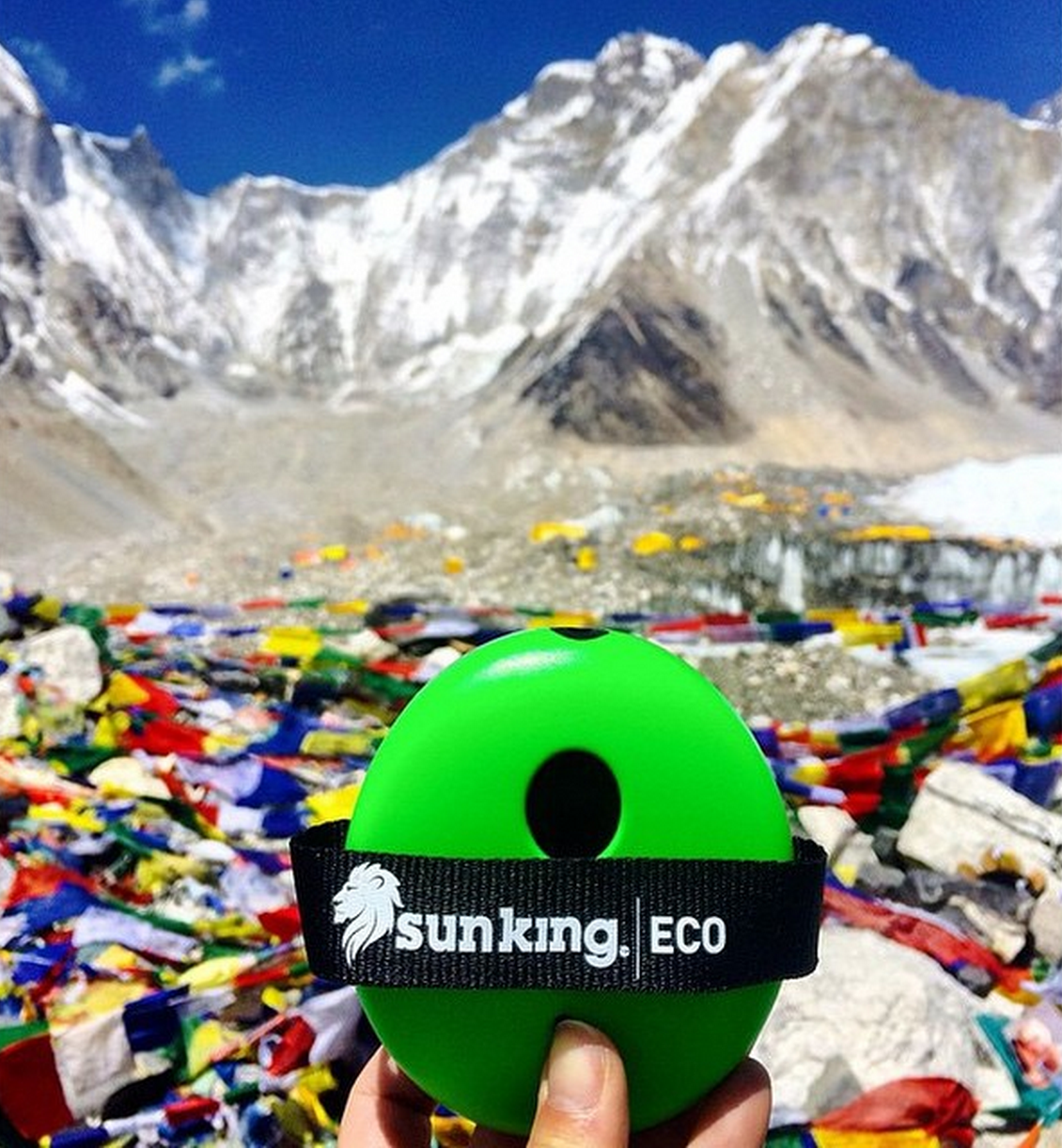 Das explains that relief workers are often the first to use the Sun King—a solar-powered lantern with a mobile phone charger—in disaster responses because their main concerns are first-order needs, like food and water, then blankets and shelter. So in order to give solar energy to locals in the area, Greenlight Planet has partnered with World Vision to create a Help Power Nepal, crowd-sourced campaign that sends 100 percent of the funds raised to giving solar lights to families in need.

“We’re putting our logistical muscle in the region to work to get these to relief workers at World Vision efficiently and quickly,” says Anish Thakkar, CEO of Greenlight, “And they’ll ensure donated lights get to families in need on the ground.” Greenlight Planet is partnered with U.N., M.F.I., and other NGOs and governments around the world ranking in the top ten percent of social businesses with a five-star rating from the Global Impact Investing Rating System (GIIRS) and two B Corp awards.

“We’re raising funds on here. My hope is to raise $100K but we need to cross our $30K goal in the next week or so to make that happen.”

Nate is a thinker and instigator who occasionally tries to write, sometimes on UNREASONABLE.is.