The world’s most exciting new entrepreneurs look nothing like the Silicon Valley stereotype. They live in rural communities and support their families on less than one dollar and 25 cents a day. Yet many of these entrepreneurs are mapping their own road out of poverty. One way they’re doing so is through Fundación Capital’s program Graduation.

With this model, entrepreneurs at the base of the pyramid will play a critical role in meeting the UN Sustainable Development Goals’ top priority to end global poverty by 2030.

Poverty influences virtually every sector of development. Because of poverty, children remain uneducated, preventable diseases spread, maternal and child mortality rates soar, and climate change is worsened due to resource exploitation. An estimated $450 billion of GDP is lost every year from reduced productivity, poor health, and lack of education associated with poverty.

Entrepreneurship confronts these widespread systemic issues. Since they inherently disrupt the status quo, these budding entrepreneurs are also forcing the world’s development community to rethink everything we once believed about what’s possible.

This change in perspective has not come from top-down solutions or from ideas designed at desks in faraway places. Rather, it’s born from empowering individuals to design their own solutions. From a woman opening her own local business to the man starting his own gardening project, modern entrepreneurship provides a compelling path forward to the eradication of global poverty.

When it comes to teaching entrepreneurship to this group, we have much to learn. Yet, this has not stopped the actual work of training entrepreneurs. We at Fundación Capital have spent the past four years working with governments throughout Latin America to train tens of thousands of the most vulnerable citizens in entrepreneurship and financial education. 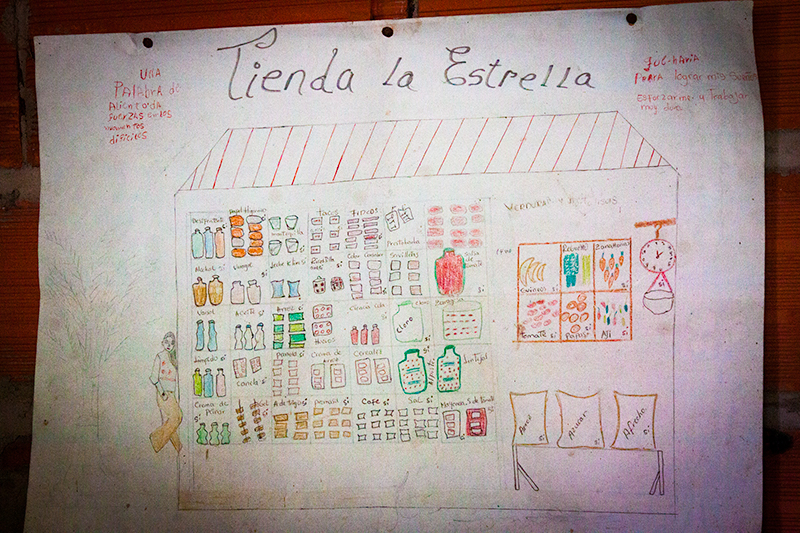 During this time, the common understanding of entrepreneurship has evolved. Common wisdom once believed entrepreneurship was an intrinsic talent. Now we know better, operating with a roadmap and established methodology that involves a series of steps to validate and refine an idea. Tools such as the Business Model Canvas, which detail this method, have now become the standard in any business school.

Entrepreneurs at the base of the pyramid will play a critical role in meeting the UN Sustainable Development Goal to end global poverty by 2030. Tweet This Quote

That doesn’t mean this road isn’t without pitfalls and potholes. Many advances and methods remain out of reach and inapplicable to the poor and vulnerable individuals with whom we work.

Nor can we ever forget the difficulties of life on the margins of society where survival is a day-to-day concern.

Training programs take place in the homes of participants across Latin America, where program mentors (themselves members of the community) travel every week to teach participants how to become business owners.

Astrid, a respected mentor in a region of Colombia particularly affected by decades of conflict, has been through the same things as the people she works with.

“I feel more empathy when I know that Astrid ‘is one of mine,’ that she also lived and suffered something similar to what I lived and suffered,” said one of the women participating in the Graduation program there.

About $450 billion of GDP is lost every year from reduced productivity, poor health, and lack of education associated with poverty. Tweet This Quote

But it is about more than what mentors and entrepreneurs share in common. To reach the poorest members of society and empower them for entrepreneurship, we start with a critical, yet simple approach: less is more.

Studies demonstrate that people can only pay attention for 20 minutes at a time before losing focus. We design 15-minute sessions, take frequent breaks, and repeat the lessons throughout to improve retention.

Our curriculum follows this streamlined approach to teaching entrepreneurship, broken down here:

Each week, the program mentors also bring an app we created that teaches new methodologies to participants. They sit with the entrepreneurs as they go through the week’s lesson answering questions, reinforcing lessons, and generally supporting participants in the process. 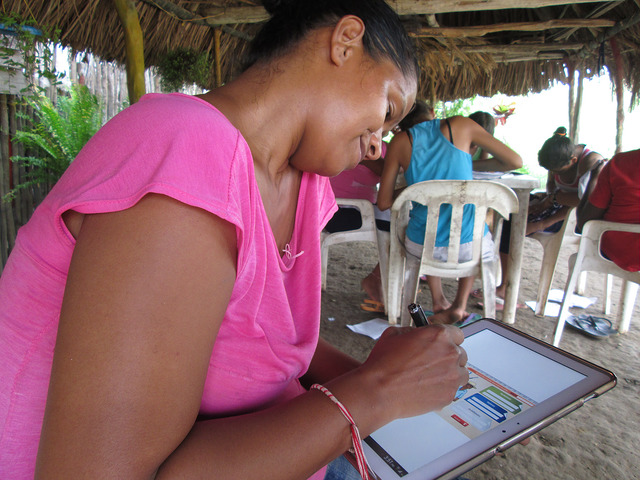 A Graduation entrepreneur in Colombia with an early version of the app.

The process is rarely a straight line. Consider the case of Aurora, who initially wanted to open a stationery store. As she went through the entrepreneurship course, though, she discovered the potential she had in her own backyard. When one of the other women in the course shared her story raising and selling chickens, Aurora decided to do the same. This was something she had the space for, knew how to do, and enjoyed. Her flock is now up to fifteen, and she is working towards building a chicken coop to help grow her business.

Our dedication to human-centered design and iterative processes means we constantly learn from those we work with, evaluate our work, and work to make our programs and products better.

For example, we often revise the language of the workbooks and workshops. Our first version asked, “What’s missing where you live?” The goal was to help participants to think through potential business ideas (such as “a convenience shop”). Instead, the answers were focused on what was missing in their actual homes, which missed the larger exercise of identifying opportunities. Slowly, with their help, we revised questions that provoked proper instruction and focused progress.

Entrepreneurs force the world’s development community to rethink everything we once believed about what’s possible. Tweet This Quote

We must continue to evolve as our participants do. For example, one day Yois lost her contract as a nurse, so she began our training. Yois decided to invest in selling her personal smoked chorizo recipe. She doubled her sales in her second day. Now, she supports her family with the income from her business, and her chorizos are well known regionally.

Yois said she remembered the golden rule learned in the fifth chapter of the entrepreneurship course: “The ability, and responsibility, of moving forward is in your own hands.” 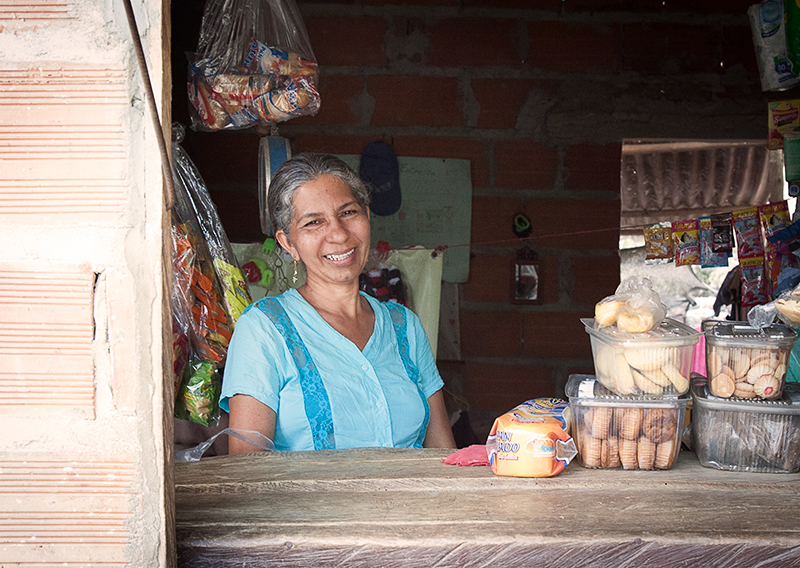 Alan Wagenberg is an advisor for the Graduation Project and assists the executive staff on strategy and operations. He offers technical support to the government of Colombia in the implementation of public policy, and designs educational strategies directed toward enterprise managers and vulnerable populations. Alan teaches Social Entrepreneurship at Los Andes, the top university in Colombia.