Your Burned Calories Can Be Downloaded and Donated to Malnourished Children

want to change the way you think about calories. You see, we have a problem. In the United States and in many other countries, we have way too many calories. We’ve tried cutting them, burning them, and reducing them. We’ve tried no cal, low cal, zero cal, 100 cal, and 50 cal. But the calories are winning.

Yet in other areas of the world, more than 790 million people still lack regular access to sufficient nutrition. About 45 percent of all child deaths are linked to malnutrition, which translates to about 3 million lives lost every year. Meanwhile, the number of overweight children around the world – another aspect of malnutrition – is rapidly rising. Calories are the new air miles, and we live in a culture that has millions of platinum level frequent flyers.

Right now, we live in either a stuffed or starved world, and we need to do something about it. Goal #2 in the Sustainable Development Goals (SDGs) agenda states this: End hunger and all forms of malnutrition by 2030. According to the United Nations, if current trends continue, we will totally miss the zero hunger target by 2030, just like we missed the related targets from the Millennium Development Goals agenda.

I want to suggest, though, that we live in an amazing moment in time to flip the script – a unique technological moment. We need to stop talking so much about cutting and burning calories, but rather storing and forwarding them. With my work at MANA Nutrition, we have figured out a way to push these calories that we burn up to the cloud, where they can then be turned into food for a malnourished kid.

The Copenhagen Consensus is a think tank that researches solutions for the world’s biggest problems. It’s made up of a bunch of Nobel Laureates and other experts. Every year, they publish a list of the most important problems to solve. At the top of that list every year is malnutrition, and even more specifically, figuring out how to get nutrition to kids under the age of six. 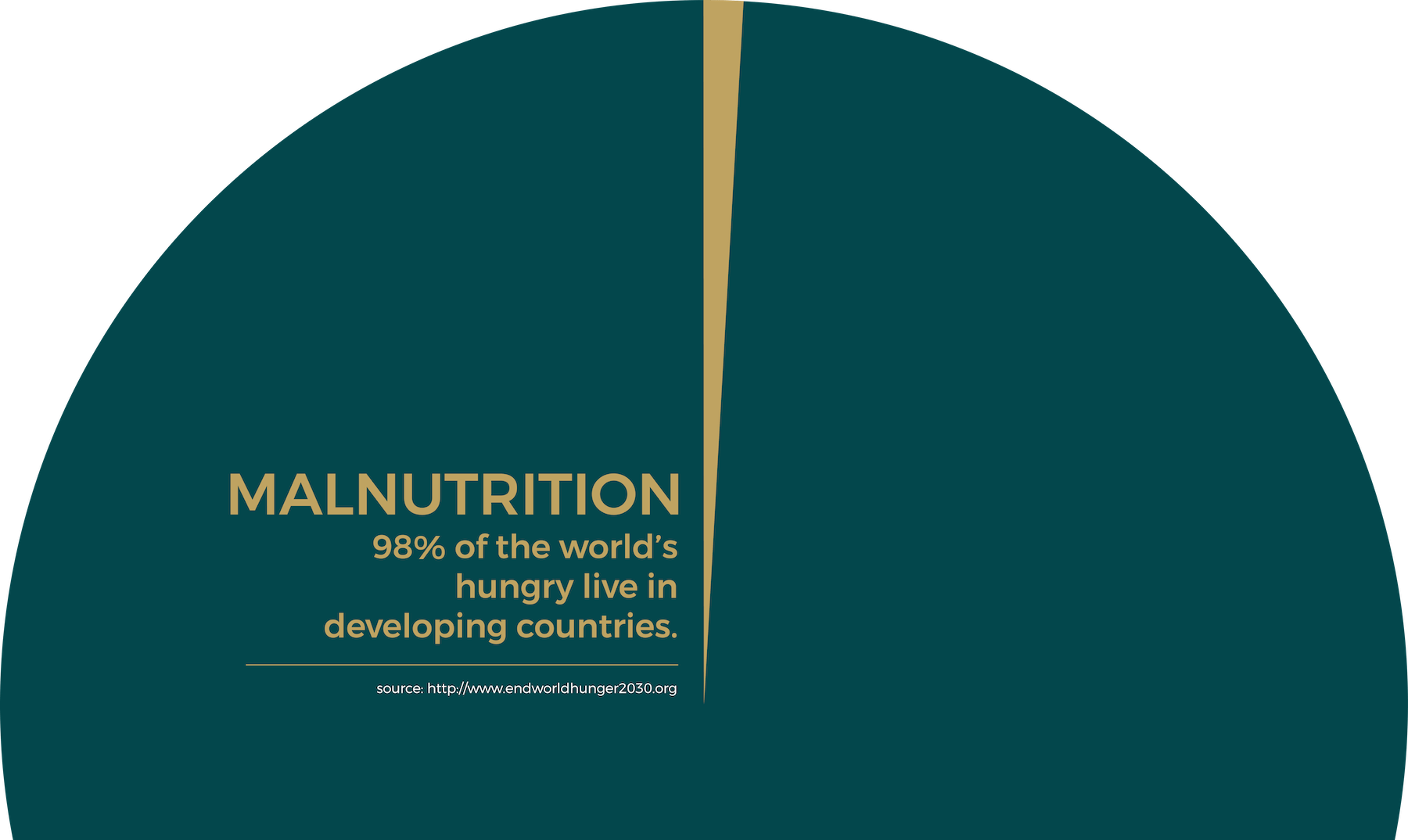 It’s a global tragedy. More children die from malnutrition every day than malaria, AIDS, and tuberculosis combined. It is the equivalent of a jumbo jet crashing every hour of every day. If we lose a single jet, though, we scour the ocean looking for the smallest clue as to why it fell from the sky. And yet, no one goes looking for these proverbial jets, even when we have a group of the world’s smartest people reminding us we have a moral obligation to do it.

Beyond that higher calling of a moral obligation, we have a practical call to do so as well. It’s costing us dearly to ignore these children. In a World Bank study about Uganda, where I lived for about 10 years, researchers found that Uganda loses nearly USD $1 billion a year in GDP because of a failure to focus on under six nutrition. This is also true of Nigeria, Malawi, Ethiopia, Guatemala, and beyond. Basically, if we really want to change the world, we shouldn’t start by building schools or roads or hospitals; we should focus on nutrition for kids under six years old.

Many people will say, “But we have plenty of problems here. Why should we care?” What many fail to realize, though, is that malnutrition is our problem. More than one-third of U.S. adults are obese, and obesity is a form of malnutrition – simply defined as a lack of proper nutrition. The Center for Disease Control and Prevention says that 10 percent of annual health care costs are due to obesity, especially heart disease and diabetes.

So, the number one driving factor for rising health care costs in the United States is our problem with calories. Bad nutrition. And the statistics are arguably even more alarming for us than the ones mentioned previously. Some estimate it’s a trillion dollar dent in our economy. Perhaps the saddest thing is that we’re raising a generation of Americans who, for the first time, may not outlive their parents.

But now, we live in an extraordinary moment in time where we can change this, and it started with the development of Ready-to-Use Therapeutic Foods (RUTF) – often high-calorie, peanut butter-based spreads. Not too long ago, I visited a public health clinic in Juba, South Sudan, where kids who otherwise would have died were eating this stuff. They had access to RUTF not because their taxes went up, not because global development agencies provided it as aid, and not because anyone felt sorry for them.

Instead, employees from Johnson & Johnson in New Brunswick, New Jersey, put on a fitbit and went for run. JPMorgan Chase launched a program called StepUp for World Hunger. Utilizing cloud-based technology, we at MANA capture calories from initiatives like this, push them to the cloud, and download them on the other side of the world in the form of 500 calorie packets of RUTF.

This sort of data turned into something like calories for kids could actually end severe, acute malnutrition. Going for a walk, a hike, or a run may well save your own life, but it could also help save that of a child in another corner of the world – and this is just one example of how we’re already working to achieve SDG #2. We have a chance to end our lifelong battle with malnutrition.

Mark adapted this article from his TEDx talk.

Mark Moore is the Co-Founder of MANA Nutrition and Calorie Cloud. He was an Unreasonable Institute Fellow in 2013. He's also the author of Nourish: A God Who Loves to Feed Us.