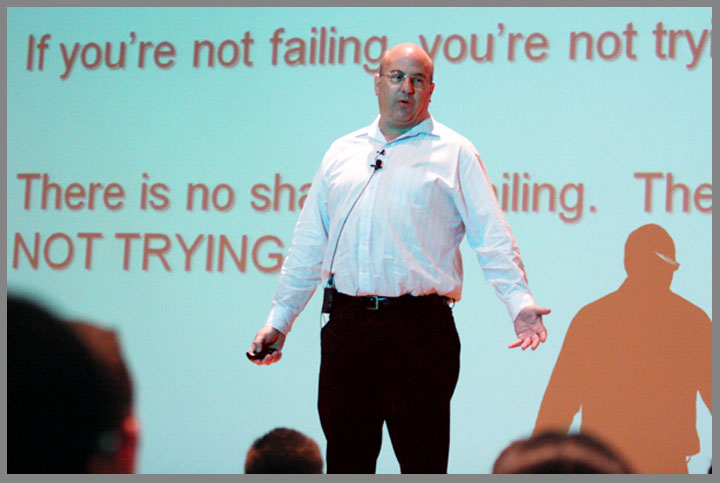 Jeff Hoffman is a successful entrepreneur, proven CEO, worldwide motivational speaker, published author, Hollywood film producer, and a producer of a Grammy winning jazz album. In his career, he has been the founder of multiple startups, he has been the CEO of both public and private companies, and he has served as a senior executive in many capacities. Jeff has been part of a number of well-known companies, including Priceline.com. uBid.com, CTI, ColorJar, and more.

Today Jeff serves on the boards of companies in the US, Europe, South America, Africa, and Asia. He supports entrepreneurs and small businesses on a worldwide basis, serving on the boards of The Unreasonable Group, the global board of directors of the Global Entrepreneurship Network (supporting entrepreneurship in over 170 countries), the US State Department’s GIST program (Global Innovation through Science and Technology, working in 49 emerging nations), the APEC Startup Initiative (the Asia Pacific Economic Council’s 21-member nation association), and many others. He supports the White House, the State Department, the United Nations, and similar organizations internationally on economic growth initiatives and entrepreneurship programs.

Jeff is a frequent keynote speaker, having been invited to speak in over 50 countries. He speaks on the topics of innovation, entrepreneurship, and business leadership, and is the author of the book SCALE, a how-to guide for growing your business. Jeff also teaches innovation workshops to major corporations on a regular basis.

Outside of the world of technology, Jeff has produced movies in Hollywood, has produced musical events including concerts, tours, and charity events with such artists as Elton John, Britney Spears, NSYNC, and others, and serves on numerous charity and non-profit boards.