The Former Olympian Who Is Saving the World’s Rivers: Q&A with OrganoClick

årten Hellberg considers himself lucky to have been born in one of the cleanest countries in the world. As a former Olympic white-water canoeist, he spent years navigating his native Swedish rivers, where he and his teammates drank from pristine waters freely and often. It wasn’t until he traveled to compete in other countries that he saw how sick people became from sipping from their own native rivers.

Of the myriad chemicals that leech into natural water sources, one of the most prevalent is copper chromates arsenate, a commonly used wood treatment for decks, playgrounds, landscaping, and fences. Once present in the water supply, these chemicals are taken back up into the value chain and widely ingested by the population, even leading to instances of arsenic appearing in breast milk and fetal tissue.

Hellberg began to wonder: If trees are naturally equipped with water-repellant leaves and fungus-resistant wood, why use highly toxic artificial solutions to impart the same qualities to timber? After a 12 year Olympic career, he left the Swedish national team to found OrganoClick. 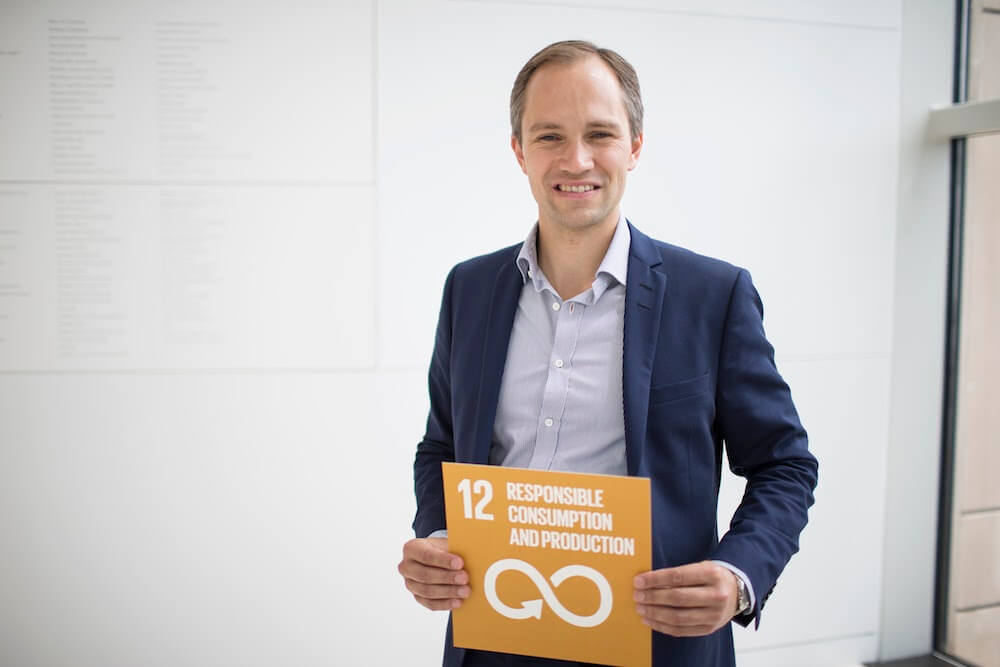 OrganoClick replaces harmful chemicals used in textile manufacturing and treatment of timber materials with natural chemistries that mimic those already found in trees. To date, the company has garnered accolades including “Sweden’s Most Promising Startup” and the WWF’s “Climate Solver” prize for replacing upwards of 3,000 tons of toxic wood and having the potential to save 20 million tons of CO2 annually through the reduction of raw materials.

What does OrganoClick exist to do?

MH: At our core, we’re using green chemistry to replace a lot of the synthetic chemistry that is used today. We have the technology to change the properties of cellulosic fibers, which are the most common material in wood, in paper materials, and in textile materials. By using natural molecules, we can replace the toxic chemistry to make these products stronger, fire-resistant, water-repellant, and safe from rot and fungus.

What are some of the greatest challenges you face as an organization right now?

MH: We founded the company 11 years ago, and at that time, manufacturers found our work interesting but were concerned only about how much it would cost to adopt. At the time, it was expensive for us to produce and then sell at the same cost as traditional, harmful chemistries. Today, it’s a completely different story, and that is something that makes me really happy not only for the company but for society as a whole.

Now it’s a big moment of changing to more sustainable chemistry, because companies are seeing that this is a change consumers want. In order to get the real scale of the technology that we’re aiming for, our challenge is to reach the consumer side and market the ways in which our solution is different from what existed before it.

What’s an example of an object that people interact with regularly that contains highly toxic chemicals?

MH: Ordinary decking wood, decking timber, is a huge one. We have a technology to replace the heavy metals and pesticides that are currently used in decking timber with a completely non-toxic silicon mineral. In Sweden alone, a tiny country with only 10 million people, we use 5,000 tons of heavy metals every year to treat wood. That’s what we can replace with our technology.

What problem do you wish to solve in the world?

MH: The major problem is pollution: the pollution of our environment, of our rivers. This is my vision. I’m a former whitewater canoeist. In Sweden, we can drink the water from 90 percent of the rivers. That’s not the case everywhere.

How did you transition from being an Olympian to a startup founder and CEO?

MH: When I was on the Swedish Olympic team, I actually studied bioengineering at the same time because I knew I didn’t want to work with canoeing for my whole life. I’m a biochemical engineer originally, and then I met these two professors at the end of my canoeing career and they had been doing research within this natural chemical field that we’re working within, and I thought, “This is just something that can solve a lot of the problems that I’ve been seeing in rivers all over the world. I really would like to dig into this and see what we can do with this type of technology in order to reduce the amount of toxic chemistry that we have in society.”

What do you hope the world will look like in 20 years as a result of your work?

MH: I hope that we can start to move the needle and see an impact, particularly in manufacturing countries in Asia where much of the toxic chemistry is used for textile production. Our work is going to make a better world for the workers and for the land where these materials are manufactured. This is really my ambition and hope, to see that we can create better conditions and a better environment not only in Sweden, but in these regions as well.

What gets you out of bed every morning?

MH: I think for me, it’s that I’ve seen pollution all over the world while I was doing canoeing, so it’s quite easy to understand that this work can impact life all over the rest of the world. I have seen the problems with my own eyes. I really feel that the chemical society that we have created for ourselves is a major global issue. If my work can be a little piece of the puzzle that helps to solve that problem, then I’m more than happy to wake up every day to do it.