Micronutrient deficiency, or lack of essential vitamins and minerals, is referred to by the United Nations as “hidden hunger,” because while not as visible, its effects are undeniable — especially for children.

In Sub-Saharan Africa, micronutrient deficiency rates are among the highest in the world. According to the World Health Organization, 44 percent of children in Africa under the age of five are Vitamin A deficient, and UNICEF estimates that 47 percent of preschool-aged children are anemic — the highest rate in the world.

Winstone Odhiambo, Co-Founder of Edom Nutritional Solutions, became acutely aware of micronutrient deficiency at the age of 13, when he lost his childhood best friend. In a terrible accident, Odhiambo’s friend was hit by a car, but when he was rushed to the hospital, doctors were unable to perform a blood transfusion because he was severely anemic.

This experience had a profound effect on Odhiambo. “From that day,” he says, “I grew up seriously thinking about what you can do to stop those kinds of unwarranted deaths.” Preventable deaths from malnutrition disturbed Odhiambo so much that when he received a full scholarship to university, he dove head-first into Agricultural Economics.

47 percent of preschool-aged children in Sub-Saharan Africa are anemic. Tweet This Quote

After university, Odhiambo began thinking about how he could pack food with micronutrients and deliver it to people living in poverty at a price they could actually afford. Then, he met his co-founder and future wife Domintina Nyanchama, whose expertise resided in food science. In 2011, they leveraged their combined skills and teamed up to create Edom, a type of flour that is fortified with micronutrients.

“Importing ingredients would naturally increase the price, so we were trying to avoid that,” Odhiambo says. Instead, he and Nyanchama convinced local farmers to grow Moringa, a tree native to the region, which produces leaves that are naturally rich with vitamin A, vitamin C, and iron. “The first time working with the farmers went so well that by word of mouth, we moved on to 200, then to 300.”

Since then, Edom has built a network of 5,000 farmers all growing Moringa trees. Working directly with these local farmers, Edom buys the leaves and processes them into porridge flour and maize meal flour — two items that nearly every East African household consumes. 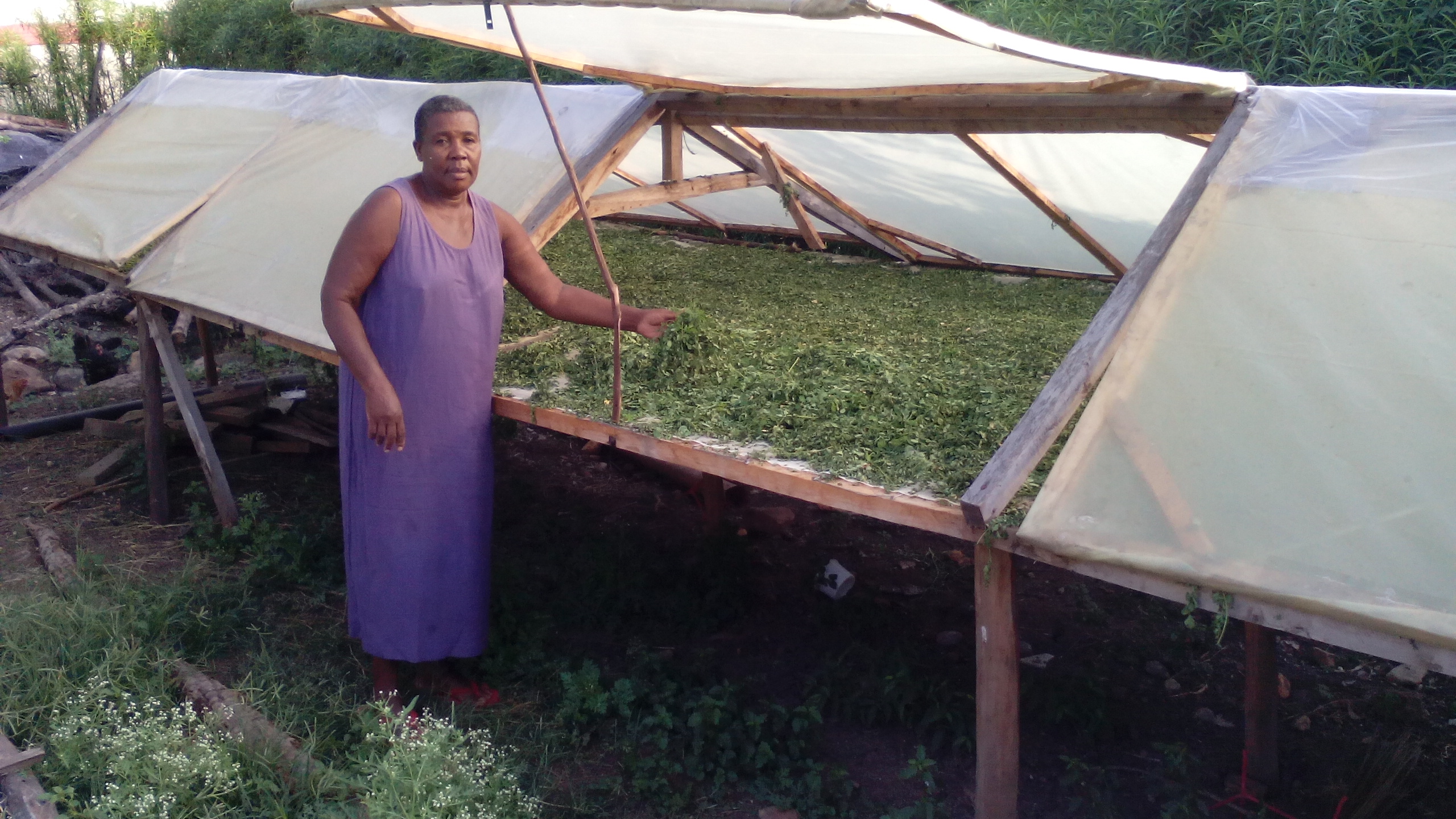 Edom is fortified with leaves from the Moringa tree, native to the region and naturally rich in Vitamin A, Vitamin C, and Iron. Photo courtesy of Edom Nutritional Solutions.

Buying Moringa leaves from farmers not only employs the local community, but also drastically cuts the fortification process by almost 90 percent, which means that Edom’s product costs 40 percent less than those of its competitors. For Odhiambo, “that number allows us to pass on the benefits to final consumer selling price.”

Odhiambo cares most about impacting schoolchildren, since malnutrition affects both their health and education. “A lot of children in East Africa go to school hungry,” he says. “When they go to class hungry, they can’t concentrate in the classrooms, and therefore they don’t perform well. That contributes to high levels of school dropouts and literacy issues.”

When children go to class hungry, they can’t concentrate in the classrooms, and therefore they don’t perform well. Tweet This Quote

So far, Edom has partnered with 1,200 schools to provide 1.5 million children with their micronutrient-fortified products. In a 2014 study conducted by Grand Challenges Canada, schools that partner with Edom have seen results in both school attendance and academic performance. Results show that attendance rose from 41 to 92 percent, and the percentage of those who scored less than 50 percent on exams has decreased from 57 to 16 percent.

While 1.5 million children may sound like a lot, Odhiambo feels that they still have a long way to go. “One of the biggest challenges now is how to scale. Considering the fact that 100 million people in East Africa are malnourished, 1.5 million is a very small figure.” With 10,000 farmers already wanting to grow Moringa for Edom, it’s a matter of leveraging the right resources in order to expand.

Yet, this challenge also serves as Odhiambo’s motivation. “I want to build a company that really solves a problem in a significant way,” he says. “So that’s both my vision and my excitement.”