Digital literacy is the 21st century layer to the essential human capability of communication. It’s defined as the ability to use digital technology, communication tools, or networks to locate, evaluate, use, and create information. This could mean anything from knowing how to send a text, search for information, download and interpret that information, or how to connect with people on social networks.

In the early 2000s, Charlie Beuthin developed an interest in the rapidly growing digital world. Splitting his time as a DJ and a product-marketing manager for major record companies in the U.K., he saw how quickly the developed markets adopted and commercialized technology — especially the mobile phone.

Despite 540 million smartphones and mobile internet penetration of 37 percent expected by 2020 in Sub-Saharan Africa, the main barrier to connectivity is expensive data costs. Tweet This Quote

When he was offered a position as Head of Music at MTV Africa, he traveled the continent and saw firsthand the state of the digital landscape.

“Despite how excited everyone was about how amazing the mobile phone and smartphone were going to be for Africa,” recalls Beuthin. “There was this massive divide of what was being said in the press versus what the average person was saying.”

Something we take for granted in developed countries — free Wi-Fi connections and unlimited data on our smartphones — is highly inaccessible for most people around the world. 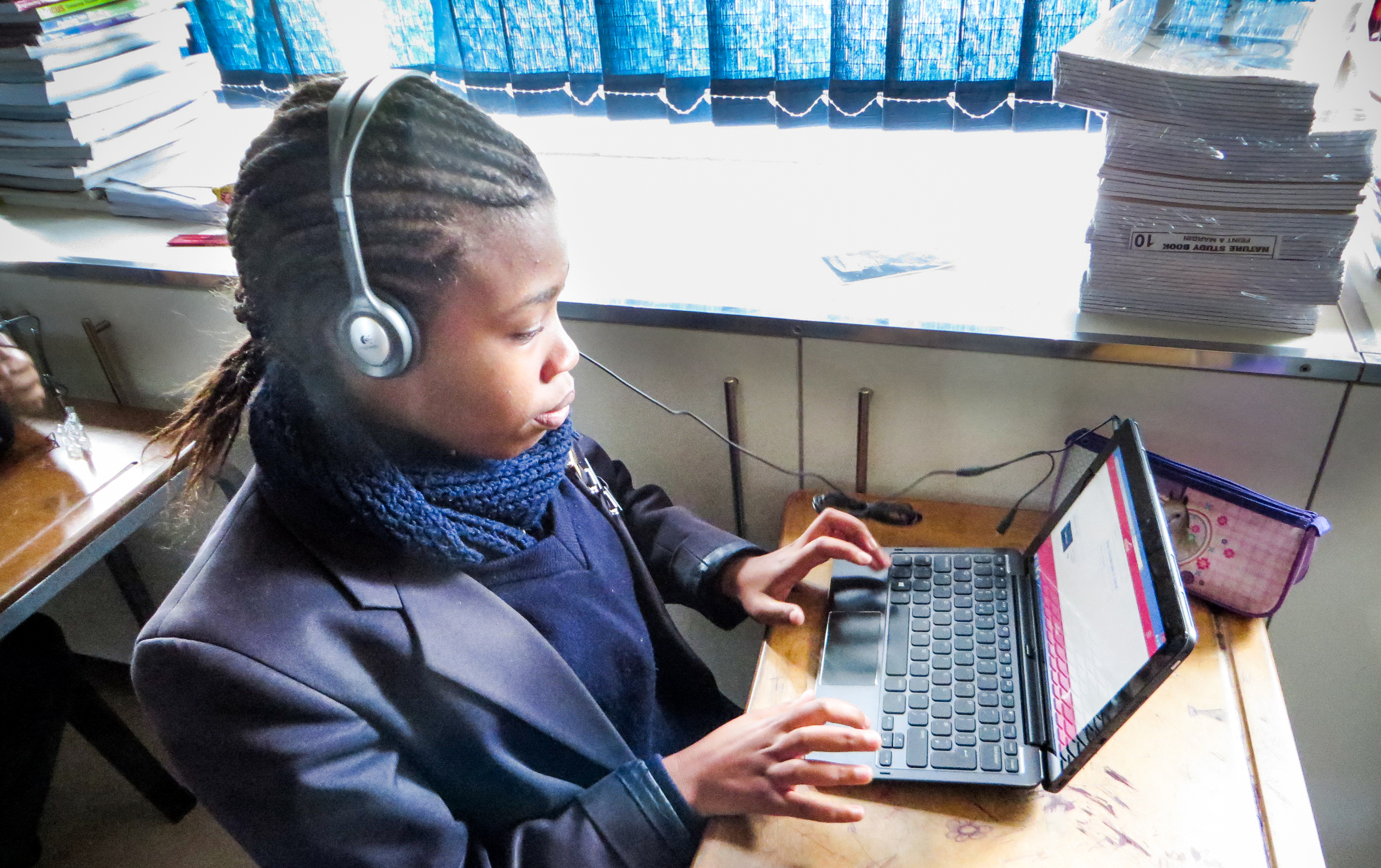 Eduze’s CLOX being used by a student in a classroom in South Africa. // Photo from Eduze

Despite 540 million smartphones and mobile internet penetration of 37 percent expected by 2020 in Sub-Saharan Africa, the main barrier to connectivity is expensive data costs. Availability of mobile technology grows, yet most people still can’t use the internet due to prohibitive prices set by mobile network oligopolies.

Frustrated by high data costs coupled with the slow download speeds for those who could afford it, Beuthin wanted to create an environment of free and fast digital access — especially for people just starting to access mobile internet and develop their own digital literacy skills.

“It feels like there is a lot of complacency in mobile networks, caused by the oligopoly they hold on digital connectivity in emerging markets,” says Beuthin. “The people who could arguably benefit the most from mobile technologies like VoIP are often charged the most. That’s hugely uncompetitive and unfair. If you’re going to be in a position of responsibility, then be responsible.”

“There is a lot of complacency in mobile networks, caused by the oligopoly they hold on digital connectivity in emerging markets.” Tweet This Quote

In 2013, he co-founded Eduze, a digital content startup that aims to provide all Africans with equal access to reliable, relevant, and inspiring content that is both entertaining and educational.

Eduze developed a micro-infrastructure device called CLOX, or Cloud in a Box, that allows users to browse, stream, and download digital content to a mobile device for free. According to Eduze, it takes less than five minutes to download a movie and 10 seconds for a song. An individual CLOX device doesn’t need 3G, ADSL or even main electricity to work, yet it can connect 30 concurrent users to DVD quality video streams that have no buffering and no data cost.

The team at Eduze installs the boxes in a variety of public and private places, including buses, taxis, clinics, schools, and corporate offices. Then, the team focuses on their expertise: curating content. They scour sources like TED, Khan Academy, National Geographic, the BBC, and hundreds of local independent providers to find the most relevant videos, books, podcasts, music, and more.

“We are definitely about curating content for an African audience, which is what many corporations don’t get right,” says Beuthin. “There’s typically not enough cultural sensitivity to what’s needed or wanted.” 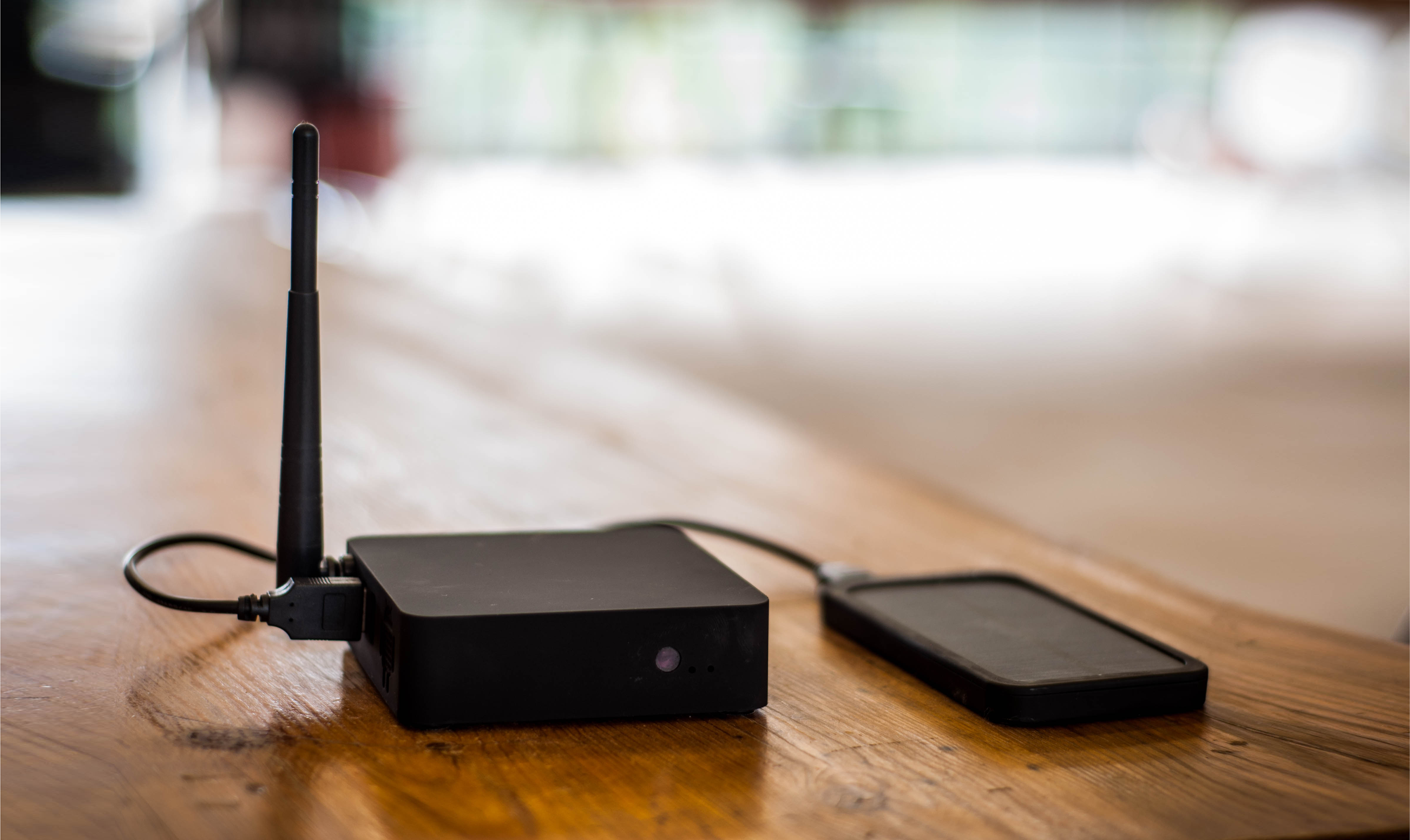 This is Eduze’s CLOX. Two boxes are all you need to distribute mobile videos, books and music at high speed, with no data cost, anywhere in the world. // Photo from Eduze

For schools, Eduze compiles content to complement the curriculum — a large curated digital library of videos, e-books, podcasts and apps available at high speed and uncapped for the teachers and students.

When most schools receive materials from one publisher, Eduze exposes students to a wider variety that enhances their educational experience — covering topics like entrepreneurship, career guidance, and positive role models. With companies, Eduze takes existing training or educational content, makes it more engaging, dynamic, and accessible, and tracks it to see what’s really resonating with employees and customers.

With Eduze, it takes less than five minutes to download a movie and 10 seconds for a song. Tweet This Quote

The idea, according to Beuthin, is “to create these hyper-relevant content libraries for each brand that really do resonate with their employees and customers.” To him, what matters most is creating accessible, meaningful e-learning experiences for everyone, from blue-collar factory worker, to high school student, to long-distance bus traveller.

This idea resonated so strongly with TED, an organization focused on spreading ideas that matter around the world, that it decided to make Eduze its first-ever venture capital investment.

Current trials of Eduze’s CLOX average 60 users per day per device, with an average time spent over 25 minutes — enough to suggest the potential for massive scale via this new model of digital connectivity.

In the short-term, according to Beuthin, Eduze’s goal is to continue getting more boxes into more locations and increasing the number of users. But his vision is bigger than that.

“I believe we can create contextual, digital experiences that are truly embedded in the community they serve to educate, inform, and entertain,” says Beuthin. “This is a bottom-up approach to digital content and all the LOLs and educational benefits it brings.”