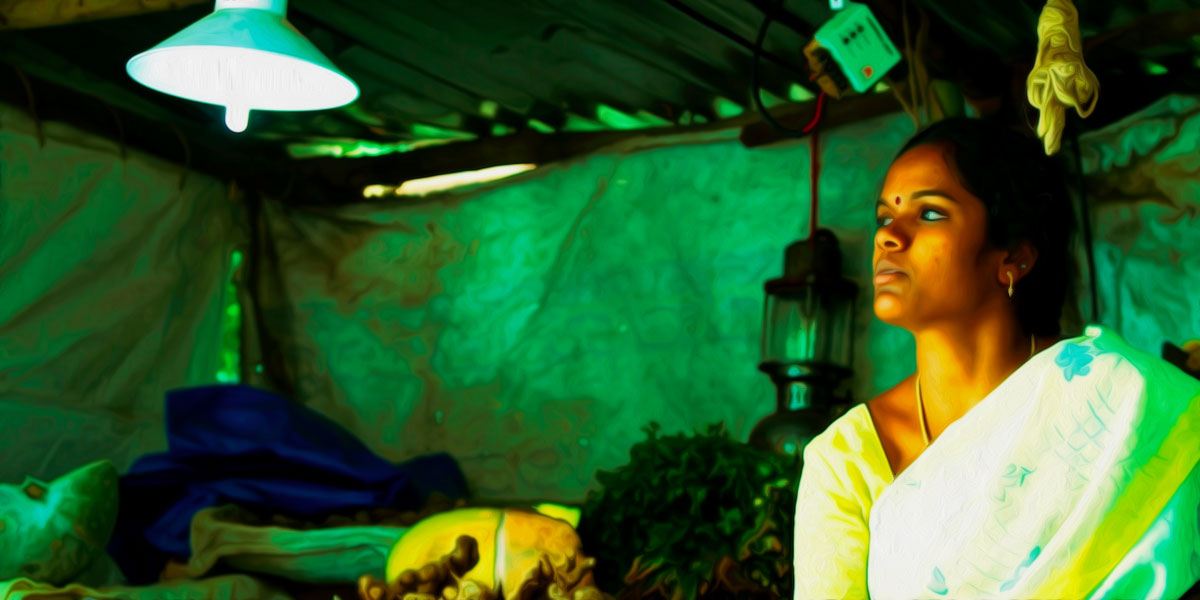 The Design Revolution: Rising From The Ashes Of Appropriate Technology

Designing products for underdeveloped nations is a far different art from design as we know it. Find out why so many products and strategies fail in poverty-stricken markets and how hard-nosed entrepreneurs are defining success.

The author of this post, Paul Polak, has brought 19+ million farmers out of poverty. His work is dedicated to designing products for the Other 90% (the 2.6 billion customers who live on less than $2/day).

The appropriate technology movement died peacefully in its sleep twelve years ago. Launched in 1973 by Fritz Schumacher and his lovely book, Small is Beautiful: Economics as if People Mattered, the movement inspired politicians as different as Pat Brown in California and Jawarhal Nehru in India, thousands of middle-aged dreamers like me, and millions of people from all walks of life around the world. What happened? How could such an inspiring movement with deep spiritual meaning have produced so little in the way of practical impact? The appropriate technology movement died because it was led by well-intentioned thinkerers instead of hard-nosed entrepreneurs designing for the market.

Twenty years ago, I sat on a plane next to a young engineer who was very excited about a tool carrier he was designing for poor farmers to use in Africa.

“I’ve designed a new agricultural tool that turns three tools into one: a plow, a cultivator, and a cart,” he said. “You simply bolt the one you need onto a universal tool I call a tool carrier”

“That’s very exciting” I said. “How much does it cost?” 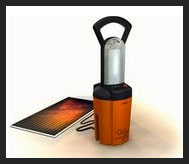 ITDG’s Beautiful Glowstar Solar Lantern originally designed for Africa- its current price starts at $110, far too much for African Villages

“But that’s an interesting question. I’ll have to give it some thought.”

I knew right away that his project was doomed to fail. If you don’t design to realistic customer-derived price points from the very beginning, any tool you design for a poor customer will never be adopted at scale.

The failure of the widely publicized African Tool Carrier Project several years later has now been fully documented. It cost far too much to be affordable to small African farmers and it relied heavily on donor subsidies for distribution. It eventually died after wasting millions of dollars. Sadly, far too many of the tools developed by the appropriate technology movement are far too expensive to be affordable to the customers for whom they are intended.

It bears repeating: the appropriate technology movement died because it was led by well-intentioned tinkerers instead of hard-nosed entrepreneurs designing for the market. 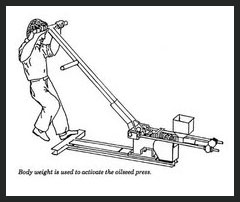 ATI’s Manual Sunflower Oil Press for Africa, $110 to $200+- It did the job but was too expensive, and more affordable presses took over much of the market

With its passing, thousands of technically effective, often outrageously expensive tools lie gathering dust on the shelf along with the pamphlets, articles and books that describe the tools… And as far as I know, only a handful of tools designed by the appropriate technology movement ended up in the hands of more than 10,000 people who needed them.

In the U.S., Appropriate Technology International (now EnterpriseWorks Worldwide/VITA) lost its funding from Congress and is a shadow of its former self.

But new movements for the design of technology for the poor are emerging from the ashes. A new generation of designers is creating tools and strategies that release market forces to achieve impact and scale in initiatives to end poverty. 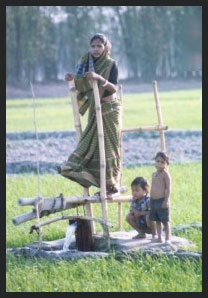 IDE’s Treadle Pump Retails for $25 US Including Installed Tubewell. More than 2.5 Million Sold

The Cooper Hewitt traveling exhibit, called Design for the Other 90%,
showcases some of these new designs and university courses like Jim Patell’s Design for Extreme Affordability at Stanford and Amy Smith’s D-Lab at MIT are beginning to teach it.

What is required to address what went wrong in the appropriate technology movement is nothing less than a revolution in the teaching and practice of design, focused on market-driven methods to meet the needs of the 90% of the world’s customers bypassed by current designers and international businesses. The ruthless pursuit of affordability is an essential component of this design revolution, which in many ways stands on the shoulders of the appropriate technology movement. Most importantly, to be successful, the revolution in design for the other 90% has to develop disciplined ways to design for the market.

In this video, Amy Smith shows how to make charcoal briquettes for cooking from agricultural waste

Are you failing by being a well-intentioned thinker rather than a hard-nosed entrepreneur? How can the design revolution be implemented across disciplines to create radical change?