need to caveat what follows by saying I have many friends who are VCs and I hope nobody takes this personally. I am intentionally being provocative to make the points clear and to perhaps help anyone who is open to taking a hard look at their profession, to take that look.

I don’t believe any VCs that I personally know are intending to take advantage of their limited partners (LPs) or the founders they invest in. On the contrary, most VCs I know seem to be humble and hard working. They genuinely care about founders and LPs alike, and they try hard to add as much value to both groups as possible. The following critique is largely an indictment of the systemic deficiencies of the VC industry.

Also, a point of full disclosure: I am a VC (albeit passively) since I have general partner equity in two VC firms. What I tell myself is that by virtue of how differently my VC firms operate, I am not perpetuating the illusions and misalignments of value highlighted below. However, I may have some blind spots, so feel free to challenge me if you notice my pants on fire.

With that in mind, I’m talking in generalities here about the unwitting lies the VC industry tells itself, and thus to their LPs and founders.

Lie #1: We VCs are better than you LPs at picking winners

During the 25 year period ending in 2011, we VCs returned 19 percent annualized to you, our LP investors. What we didn’t tell you is that you could have gone into the angel investment marketplace blindfolded, throwing darts while drinking from a bottle of tequila and you would have hit 31 percent annualized.

The truth is, we are not better than you, or anyone for that matter, as it’s impossible to tell winners from losers at the early stages, when one must make their initial picks that they will betting on for the next 10 years or so.

Lie #2: Our diligence process is fiscally and morally responsible

If we can’t pick winners, then spending any time at all — other than making sure founders are not criminals, and doing basic reference checks — is a waste of time and money. 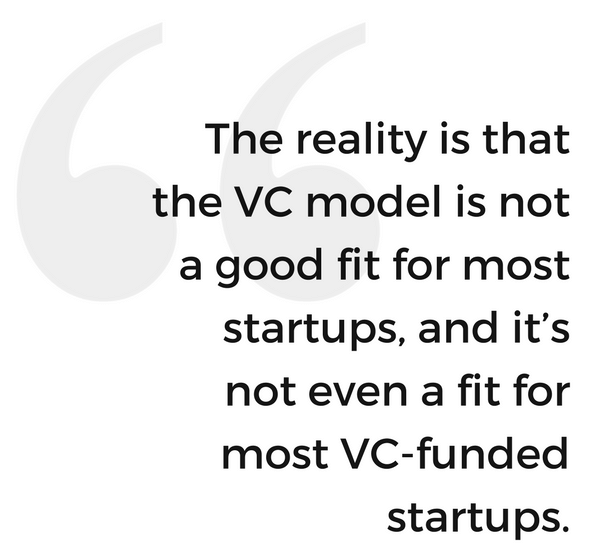 What’s worse is, in the many months between when we first hear of an opportunity and the time we invest, our industry kills many otherwise-viable startups. This is because the founders are systematically misled on two counts: (1) they believe falsely that accepting VC money is good for their business in the long run, and (2) they believe falsely that since we are talking to them, we will likely invest.

The first is a lie explained in #6 below. The second is a lie because (a) we talk to hundreds of companies per year and only invest in a few, and (b) even if we do end up investing, it is very likely the founders will run out of money (and close off their other options) before we make our decision to invest. Which means we get great terms at the expense of desperate founders. In the best case this is unintentional on our part, and in the worst case it’s an explicit strategy (called “running out the clock”).

Lie #3: The way to maximize returns is through unicorn IPOs

What’s actually best for returns is investing all your money at the earliest point possible (when valuations are lowest), and exiting before the company is worth $50M. 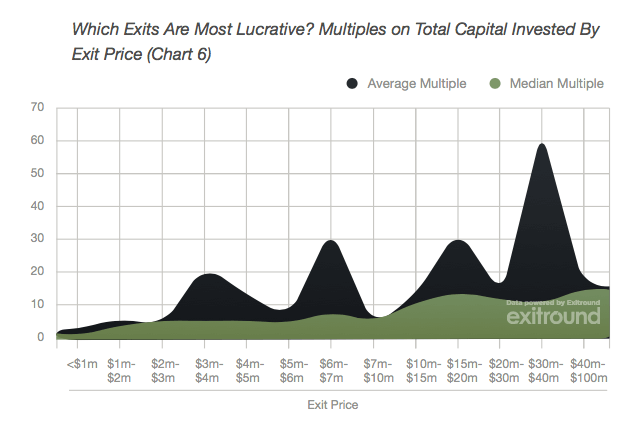 Lie #4: We invest most of the fund’s capital at Series B or later because it’s good for RISK-ADJUSTED returns

We invest most of the money at Series B or later because we are not willing to invest in more than about 10 new companies per year. And since it’s not healthy to invest too much at once into a fledgeling company, we have more capital to deploy than our early-stage deals can handle.

The reason we have too much capital is because it yields risk-free management fees for us (see below).

Lie #5: We invest in just 10 new deals per year because there are only so many good deals

Given that angels invest in 70,000 new deals per year, and given that their returns are almost double that of VC firms, to say there are only a few good deals per year defies both common sense and the actual data.

We invest in so few deals because we are committed to a methodology which justifies wasted diligence effort and sub-optimal returns in the name of more money under management.

Lie #6: We VCs play a vital and value-added role to the startup ecosystem

The VC return model is as follows:

1. Pump ever-increasing amounts of capital into portfolio companies with the most traction, to achieve scale on some metric that sells well to Wall Street, like gross revenue growth.

2. Sell the company to the public markets via an IPO

This is a boom-or-bust strategy that creates a lot of collateral damage in the form of companies that could have grown slower, in a less risky manner, but instead flame out before they reach IPO. The damage is compounded due to the fact that the IPO market is practically non-existent these days.

The reality is that the VC model is not a good fit for most startups, and it’s not even a fit for most VC-funded startups.

Yet, founders hold a false belief that all of their problems will be solved if only they had more capital. And so perpetuates the addict-enabler co-dependent cycle.

Lie #7: You should invest in our fund because we are better than our competitors… after all, our last fund was top quartile in returns!

Actually, no typical VC has enough data points to make a statistically valid claim about their edge over the competition. 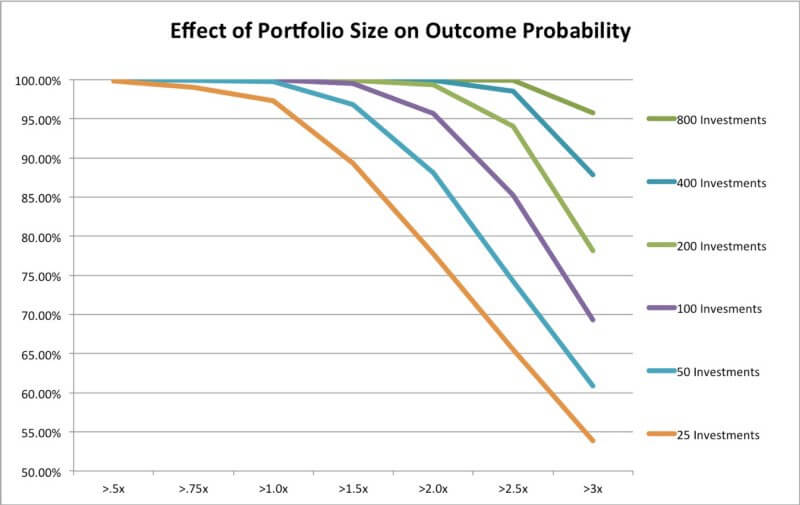 Typical VC funds have roughly 30 deals in them (10 deals per year x 3 years of initial investment). So the fact that our last fund was top quartile in our industry most likely means we got lucky. However, because nobody really understands statistics, we are raising a bigger fund now, and we would like you to gamble on our ability to repeat our (probably) lucky performance.

In reality you should invest in us because we are proud of our track record and we post it on our website transparently for all to see. Oh wait, we don’t do that….

Lie #8: Charging you a management fee is not a conflict of interest

To prove that we have “skin in the game” we invest a whopping one percent of the total amount that you, our LPs do. However we turn right around and charge you two percent of funds under management per year for at least 10 years.

Which means that for a $100M fund, we put up $1M as equity at risk, and in exchange we get $20M in guaranteed management fees, with zero risk.

Oh, and then there’s the 20 percent of investment profits (if any) that we will take in the form of carried interest.

Assuming we can produce the returns you think we can, a much more fair deal would be to charge you zero percent management fee and 30 percent carry. On an expected value basis the truth is we would both make more money, since the management fees would get invested and we’d share in the additional upside.

But we’re not going to do that because we don’t really want to take risk (we’ll leave that to the entrepreneurs and LPs).

Lie #9: The general partners should be able to invest in deals that fall outside the fund’s investment thesis

For you LPs we have a “thesis” for what types of deals we will invest your money into. But for us VCs when it comes to our own personal capital, we’ll just do whatever we think necessary to achieve the best returns.

So when we come across deals that look good to us but fall outside our thesis, we will invest personally, but not from the fund.*

Lie #10: Our returns are expected to be good relative to public equities

In some sense this is true: 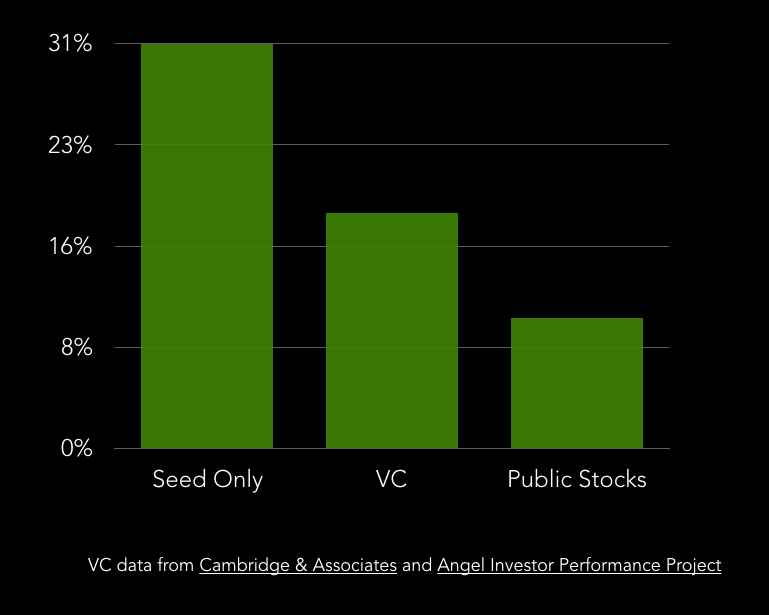 However, when you factor in the volatility, it doesn’t look good… 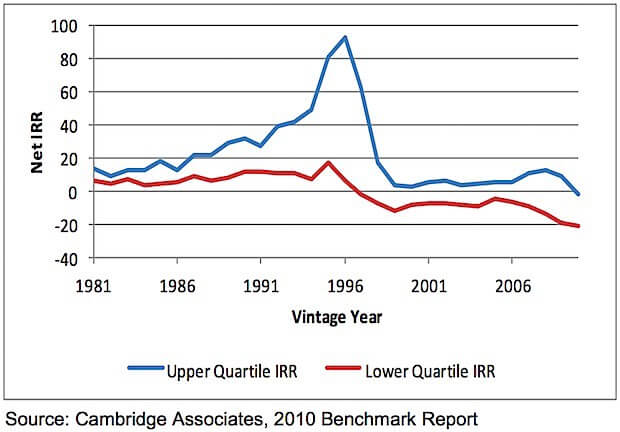 And remember, when you LPs invest in our VC fund, you can’t take it out, you just have to wait for our winning investments to pay off, which can take 10 years or more.

In contrast, the 10 percent you can make (historically) in the public stock market is completely liquid, meaning you can get all your money out at any time.

*Some VC firms have covenants that prevent the general partners from investing outside of their fund. This is good, but better still would be if there were no thesis and instead there were a code of values (e.g. “reduce inequality gaps”). Then the GPs could maximize financial value while simultaneously maximizing non-financial values shared by their LPs.