San Francisco has had some close calls with the self-driving Uber vehicles, though no damage has resulted. But Theranos did negatively affect the lives of tens of thousands of people. Should the Uber and Theranos employees who remained silent share the burden of guilt? I would argue that they should and that anyone who stays silent when they see wrongdoing is complicit in the injustice. 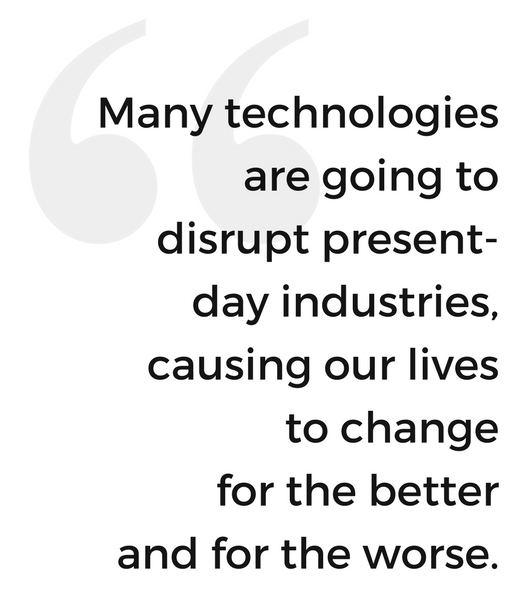 I know that I am taking a strong stand, and that employees have to worry about their livelihoods and families; that they may believe that they don’t have the power to change anything, it being the job of the CEO to make the difficult decisions. And, yes, I know that these examples are extreme.

But as technology advances, its reach and power grow exponentially. Even its creators don’t understand the use cases and long-term impacts of their products. What makes it worse is that CEOs are responsible to shareholders and obsess over making money, and workers are responsible to their employers. Who is watching out for humanity itself?

As I explain in my forthcoming book, “The Driver in the Driverless Car,” technologies are advancing exponentially. Our smartphones are already more powerful than the supercomputers of yesteryear. By 2023, at computers’ present rate of advancement, the iPhone 11 or 12’s ability to process and store information will exceed that of the human brain (I am not kidding).

This growth applies not just to smartphones and PCs but to every technology, including sensors, networks, artificial intelligence, synthetic biology, and robotics.

We could, within two or three decades, be in an era of abundance, in which we live long and healthy lives, have unlimited clean energy and education, and have our most basic wants and needs met. Because of these advances it is becoming possible to solve the grand challenges of humanity: hunger, disease, education, and energy.

Yet these advances have a potential dark side. As easily as we can edit genes, we can create killer viruses and alter the human germ line. Self-driving cars can bring mobility to the blind, but they can also take lives. And we could lose whatever is left of our privacy as connected devices take over our homes.

This is why we all need to learn to see the big picture and to understand our responsibilities. We need to be aware of our technologies’ potential for misuse and to build safeguards. We need to speak up when we see wrongdoing and document the risks. 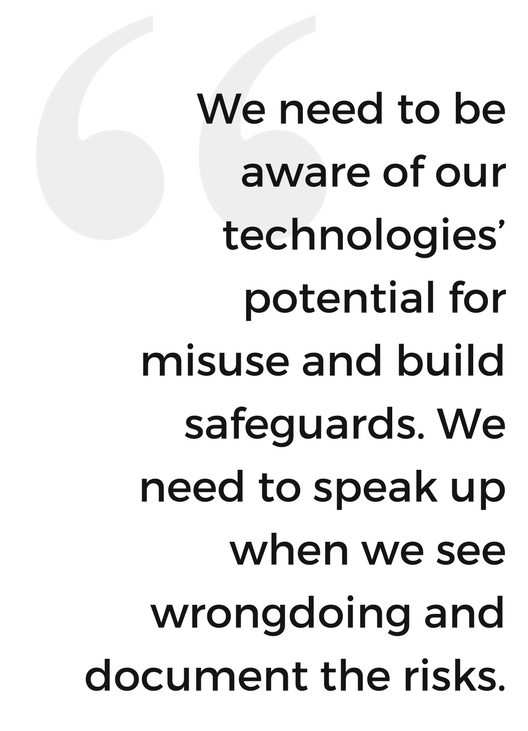 In my free LinkedIn Learning course, I share the key lessons that product managers, developers, and designers must pay attention to, and I explore their roles and responsibilities—for instance, what responsibility Facebook employees have for use of their technologies to spread fake news and disrupt elections.

In “The Driver in the Driverless Car,” I go much further and discuss why this is the most amazing — and scary — period in human history. I illustrate a broad range of technologies and discuss their value to society and mankind. I ask you to consider whether they have the potential to benefit everyone equally, the balance between their risks and potential rewards, and whether they more strongly promote autonomy or dependence.

It is fairness and equality that are at the heart of these questions. Many technologies are going to disrupt present-day industries, causing our lives to change for the better and for the worse. It is the choices we make that will determine the outcome — beginning with the choices we make at work.

A version of this article originally appeared on Vivek’s website.